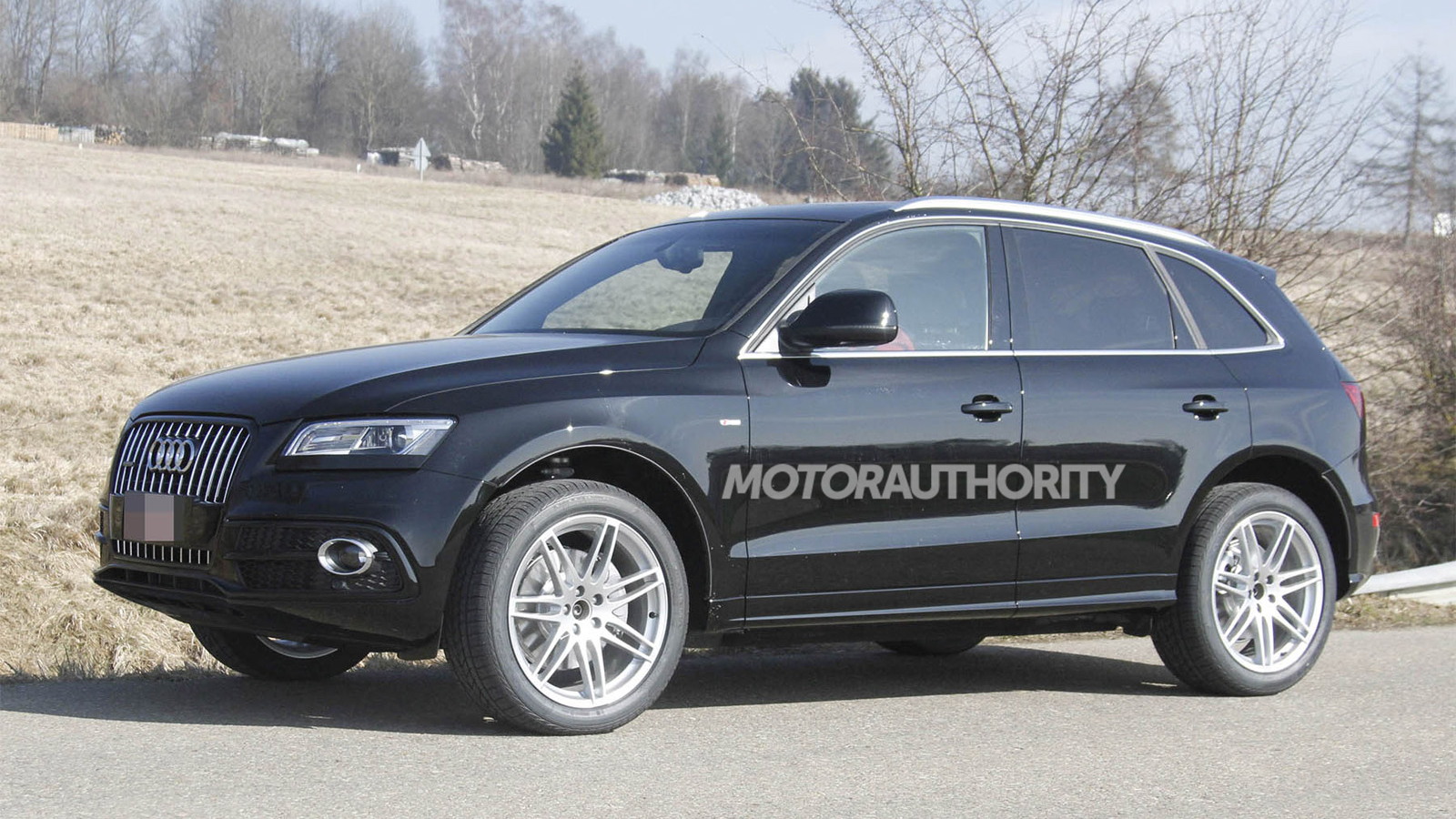 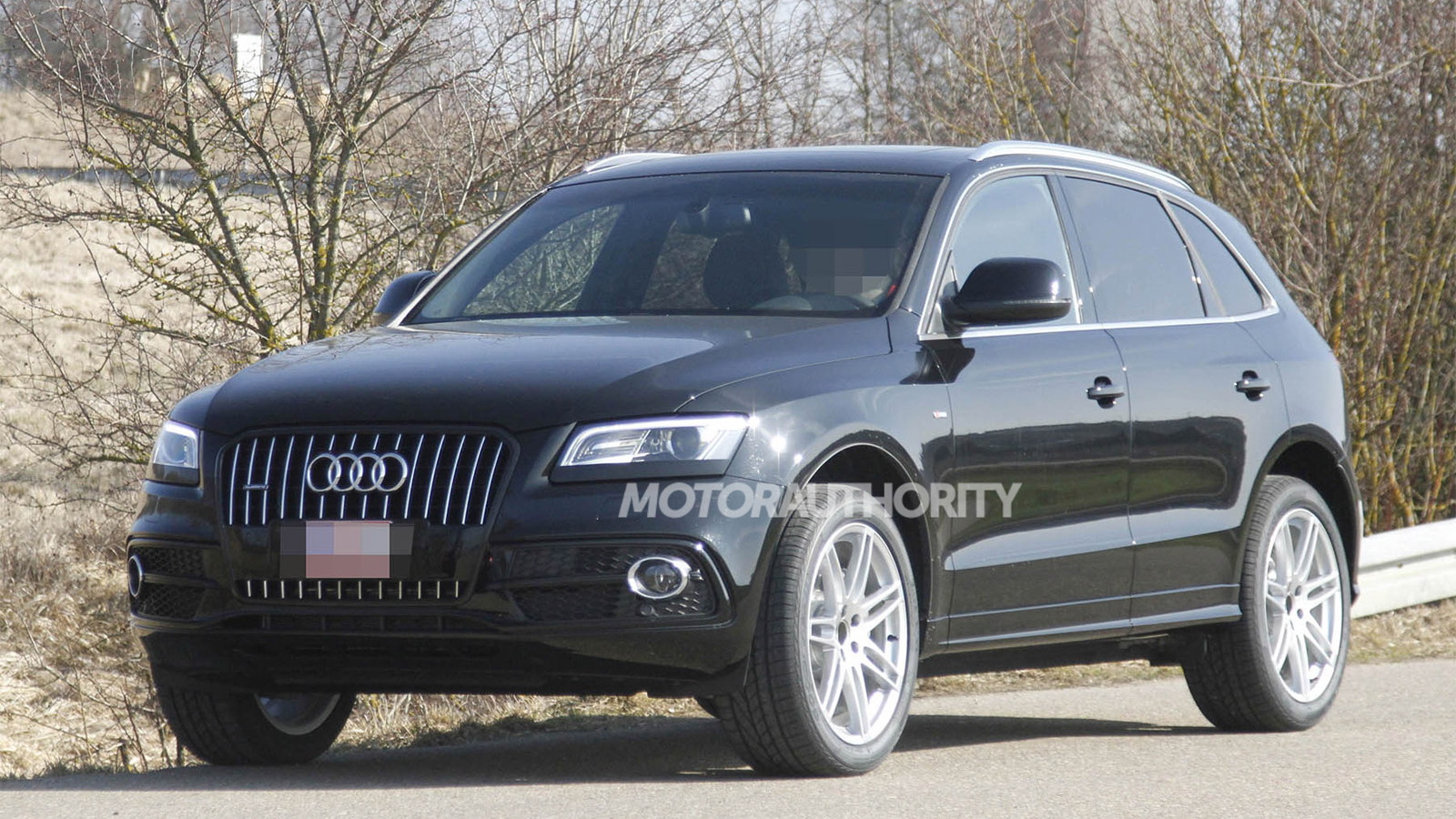 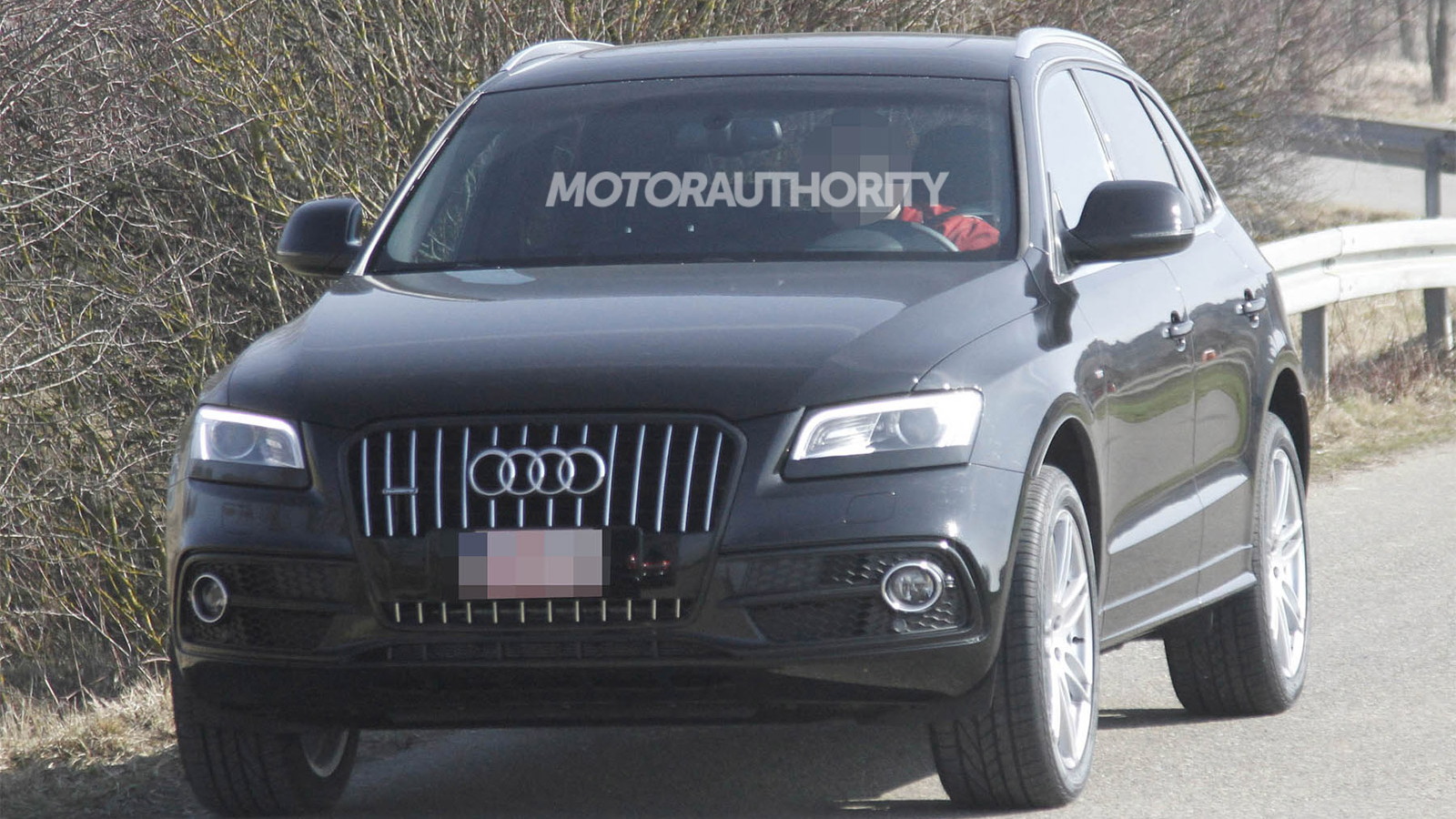 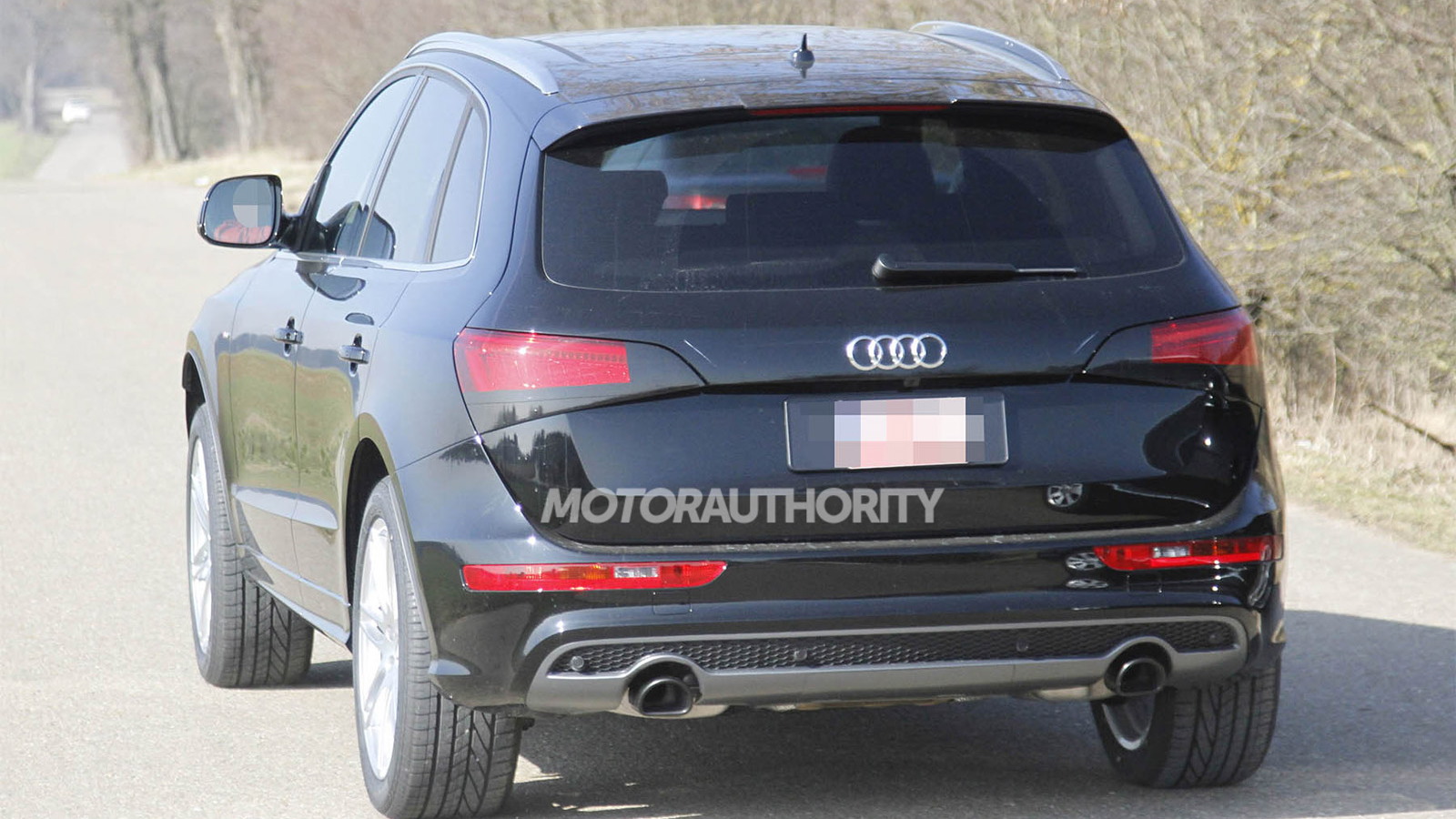 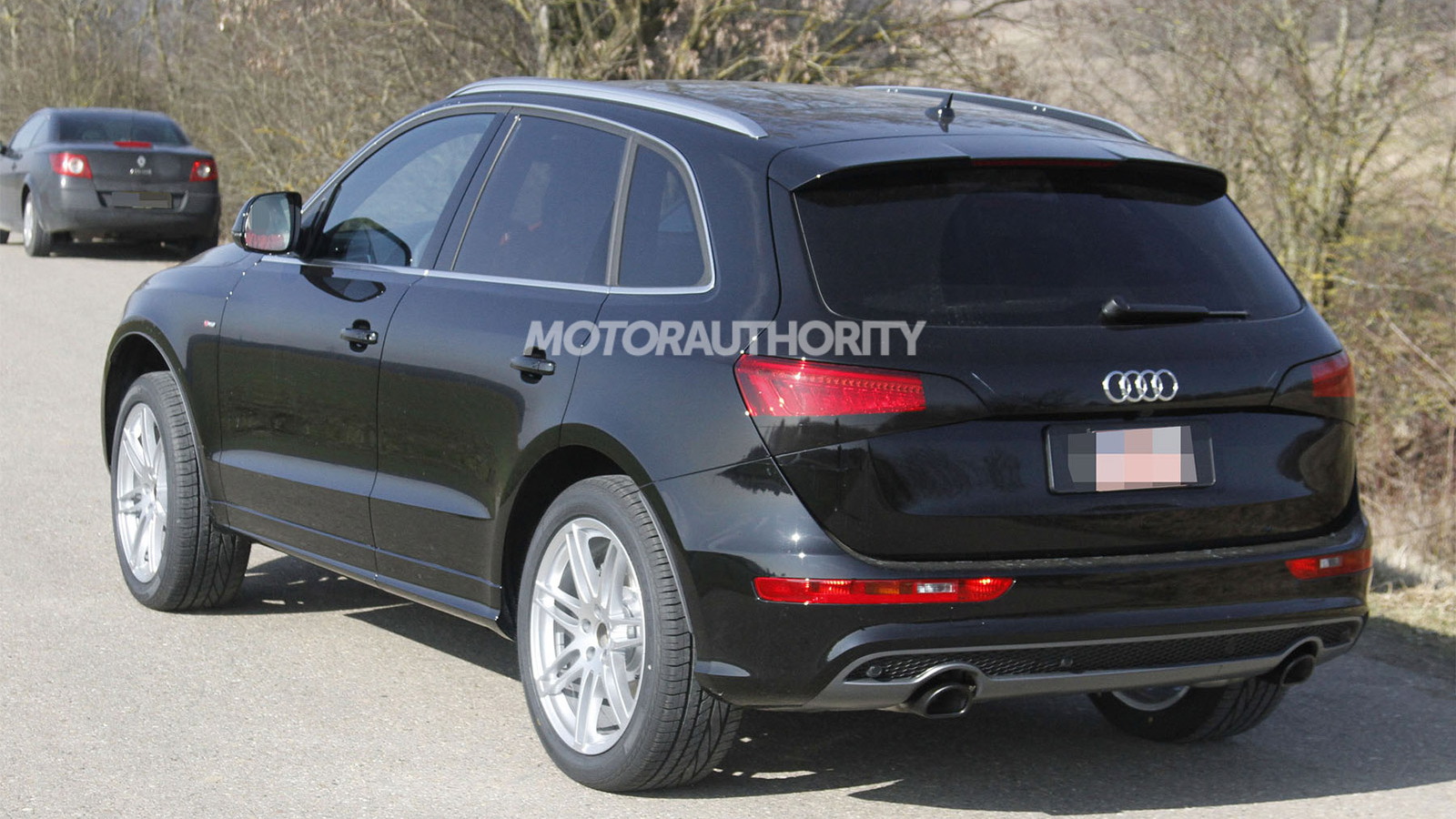 11
photos
Two prototypes for Audi’s mid-cycle update for its Q5 have been spotted almost completely undisguised, revealing some telling details planned for the compact luxury crossover due out later this year as a 2013 model.

The biggest change to the car’s styling is the new grille, which is almost identical to the unit fitted to the latest-generation A3.

This is joined by subtle updates to the head and tail-lights, which include some new LED detailing, and the bumpers have also undergone some revisions.

The prototype finished in red is for a standard Q5 but the one in black has been fitted with a S-Line package. Expect the stiffened suspension, 20-inch alloy wheels, and unique body trim of the current Q5 S-Line package to carry over for this facelift.

Note, this latest version of the Q5 is also expected to spawn a sporty ‘Q5 S’ model, which we’ve previously spied testing. Not much is known about the Q5 S, though it’s predicted to come with the same supercharged 3.0-liter V-6 found in the S4 and S5 and 333-horsepower rating.

As for the standard engine lineup in the Q5, expect the current four-cylinder and V-6 units fitted to U.S. versions to be tweaked for more power and better mileage, while European models should get many of the engines that debuted in the latest A3. Six-speed manuals and eight-speed automatics should once again be offered as well.

Look out for the debut of the 2013 Audi Q5 at either of the auto shows taking place in New York and Beijing next month, with a showroom appearance following later this year.