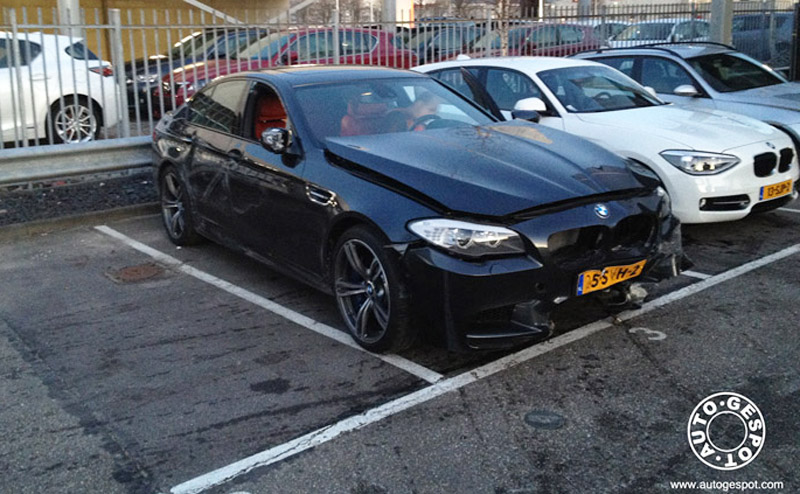 Wreckage of a 2013 BMW M5 that crashed in The Netherlands

Less than an hour after we brought you news of a Ferrari 612 Scaglietti that crashed in Sydney, Australia, comes news of the first F10 BMW M5 crash.

This time the crash took place in The Hague, the capital city of the province of South Holland in the Netherlands and the home of the International Court of Justice.

We don’t have any details on this one but with a 560-horsepower V-8 under the hood as well as a handful of M upgrades, it was only a matter of time until this happened.

From this latest image, posted by the guys at Auto Gespot and picked up GT Spirit, the damage doesn’t appear all that severe, so hopefully this M5 will be back on the road soon.

The F10 M5 has been on sale in Europe for several months now but American buyers will have to wait until early summer for the first cars to hit showrooms. As some solace for its late arrival, American buyers will be able to opt for a six-speed manual transmission instead of the standard seven-speed M-DCT dual-clutch.