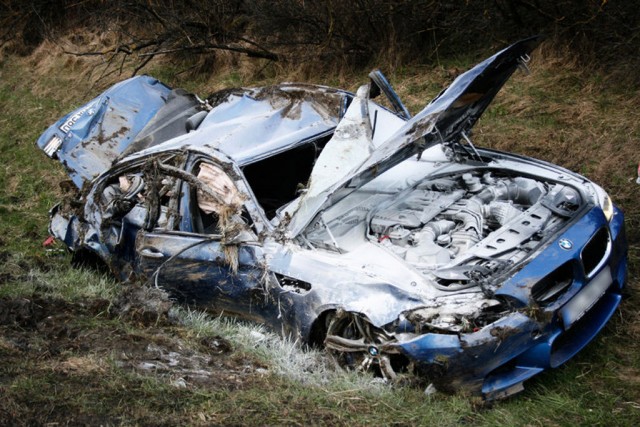 A new 2013 BMW M5 being driven at speeds of up to 186 mph on the A81 autobahn in Germany has suffered a violent crash.

The 60-year-old driver reportedly lost control of the car when he swerved to avoid another vehicle that was merging with traffic erratically.

The M5 eventually hit a central divider before shooting across the stretch of autobahn and flipping several times and landing on a patch of grass.

The impact of the crash was so severe that components, including a wheel and attached damper, were flung many feet away from the car.

According to a news summary picked up by BimmerPost, the crash occurred late on Tuesday. The summary also stated that the driver plus a 20-year-old passenger and a dog managed to survive, though suffered serious injury.

Following the M5 were an M6 and an M3 being driven by the driver’s sons. They were able to put out a fire that started in the M5’s engine bay following the crash.

The driver of the car that was reportedly merging with traffic erratically failed to stop. 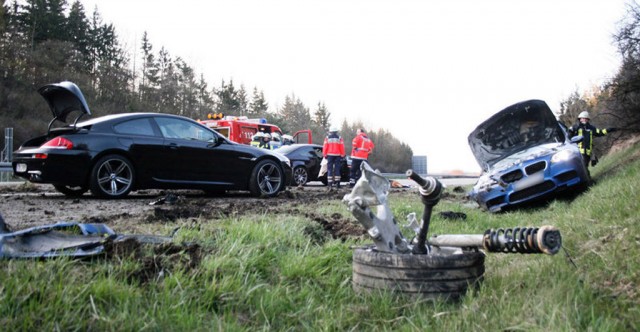