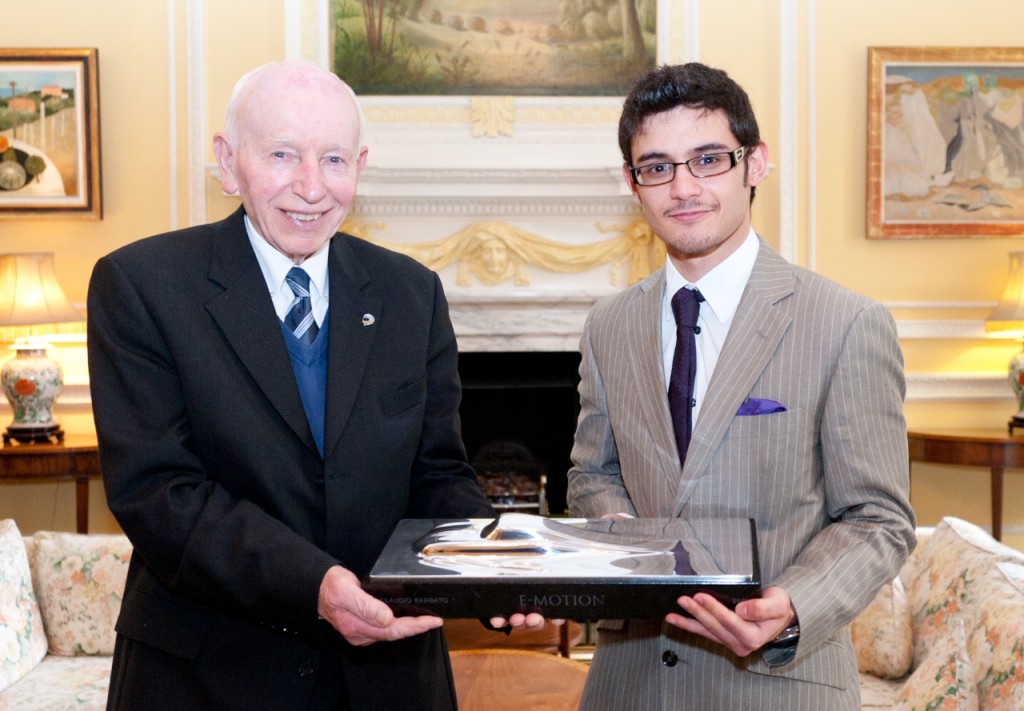 Between 1963 and 1964, Jaguar produced a special racing version of its popular E-Type (known in the U.S. as the XK-E). Of the 12 "Lightweight E-Type" units manufactured, one was taken by E-Type designer Malcolm Sayer and converted into a Low-Drag Coupe for tackling Le Mans. Recently, that car -- known as the Linder Nocker -- was restored, and a portion of its aluminum alloy body has been incorporated into a limited-edition sculpture, which will be sold for charity.

Following Sayer's construction of the Linder Nocker, many expected the car to run rings around its competitors. Unfortunately, something went wrong on the track, resulting in an accident that killed driver Peter Linder and totaled the Linder Nocker. Sayer himself was convinced that the vehicle was beyond repair.

And so it sat until 2007, when wealthy Welsh businessman Peter Neumark launched into a 7,000-hour restoration of the car. In the process, someone got the bright idea to take a small amount of metal from the vehicle and incorporate it into a work of art.

Approximately 40 students vied for the opportunity to create the work, and Claudio Barbato was selected as the winner. His piece -- entitled "E-Motion" -- will be manufactured in a series of five, and each of the sculptures will sell for £9,950 ($15,554 U.S.).

Funds from the sculptures' sale will go to the Henry Surtees Foundation, which has two missions:

To assist people with accidental brain and physical injuries, provide education and training in technology, engineering and fitness.

Advance young people by developing their skills and capabilities so that they can participate in society as independent and responsible individuals.

The Foundation is named for the son of racing legend John Surtees. Henry Surtees was himself a racecar driver who was killed during an event on July 19, 2009, when the wheel from a competitor's car struck the vehicle Henry was driving. He was 18.

If you're an avid art collector -- or if you're feeling especially generous this holiday season -- you might want to ring up Nick Goldthorp, the managing director of Classic Motor Cars Ltd. He can provide more details about purchasing one of the five "E-Motion" sculptures.