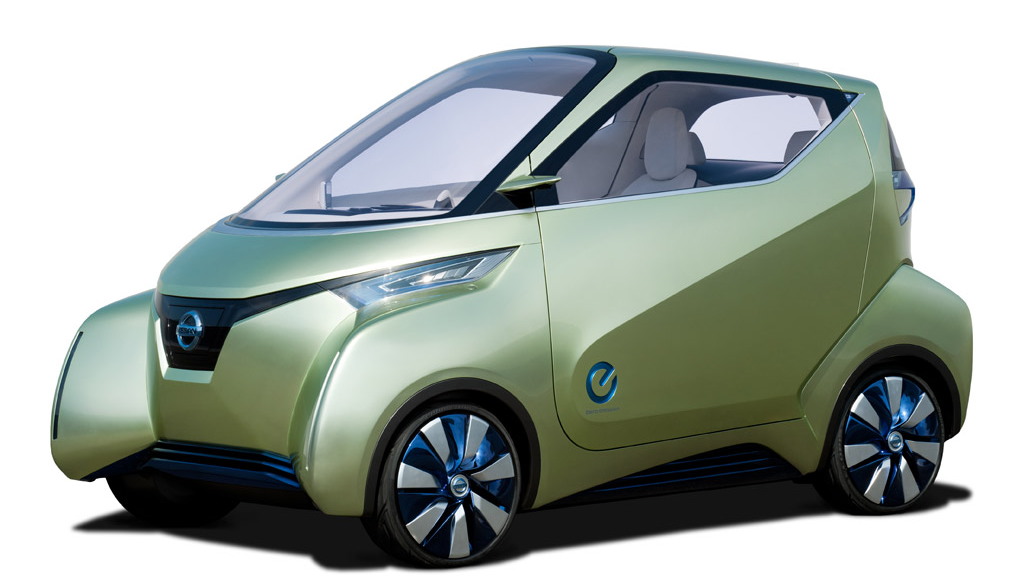 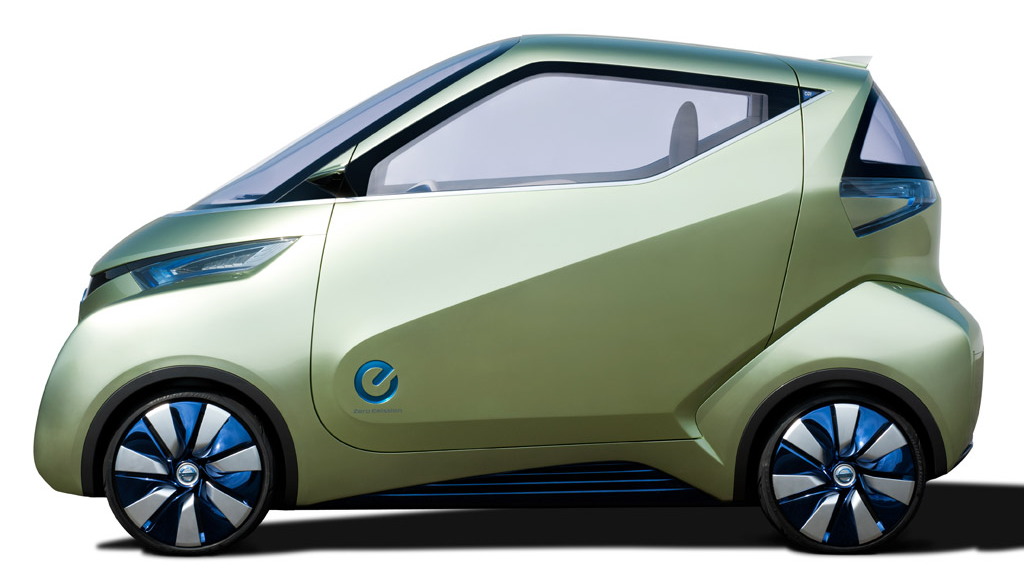 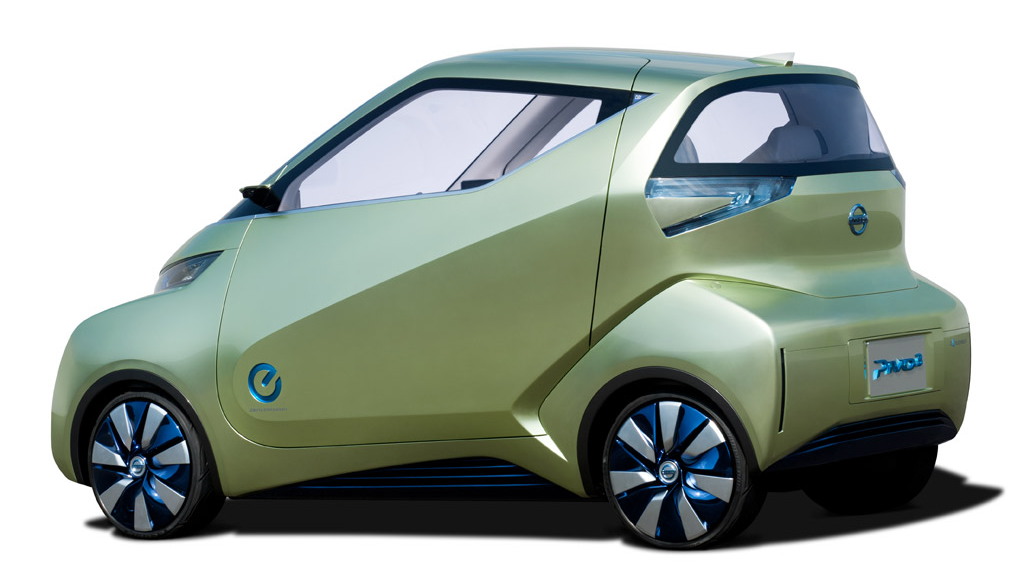 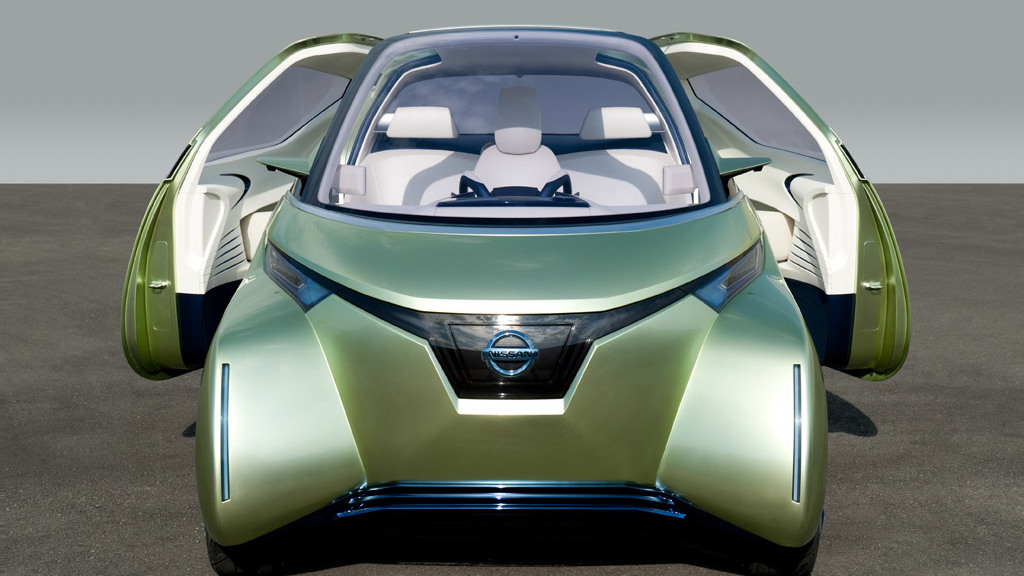 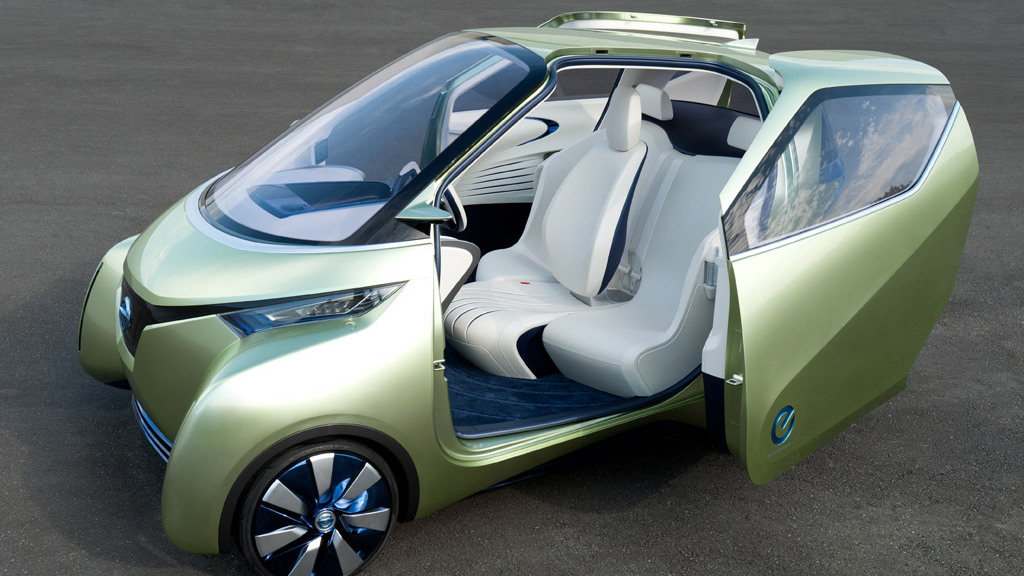 12
photos
Remember Nissan’s quirky Pivo 2 concept from 2007? Or how about the original Pivo from 2005? Well, Nissan has now taken the wraps off the third iteration of its Pivo electric car concept line, the aptly named Pivo 3, which will be making its debut later this month at the 2011 Tokyo Motor Show.

The Pivo 3 is actually Nissan’s eight electric car concept, and highlights yet again the Japanese automaker’s dedication to zero emission driving. Unlike previous generations, however, Nissan admits that the Pivo 3 is a more “realistic” preview for an electric car of the future.

There’s been no mention of the Pivo 3’s drivetrain or range, though Nissan states that the concept is very close to what the automaker’s next step in urban driving will be.

The vehicle is very compact, measuring less than 10 feet in length. It features a cool 1+2 seating arrangement where the driver’s seat is mounted centrally and is flanked on either side by a single passenger seat--just like in the McLaren F1 supercar.

This small size, plus a pair of in-wheel motors enable an extremely small turning radius with zero turn gap and allows the Pivo 3 to park in very tight confines. The small turning circle also means the Pivo 3 can make a complete U-turn in a road just 13 feet across.

Other advanced features include side-view monitors instead of mirrors, Nissan's camera-based Around View Monitor, and a new automated parking system dubbed “Automated Valet Parking”. For this latter feature to work, the Pivo 3 needs to connect wireless to special infrastructure installed in an existing parking space. The benefit is that the driver will no longer need to find a parking space, physically park the car, or remember which space the car is parked. The Pivo 3 will also automatically start charging once it’s come to rest in its designated spot.

Also in Tokyo, Nissan will present its previous Esflow electric sports car and Townpod city car concepts, as well as the latest 2013 GT-R.

Press days for the 2011 Tokyo Motor Show don't kick off until November 30, but in the meantime click here for our ongoing coverage of the event.