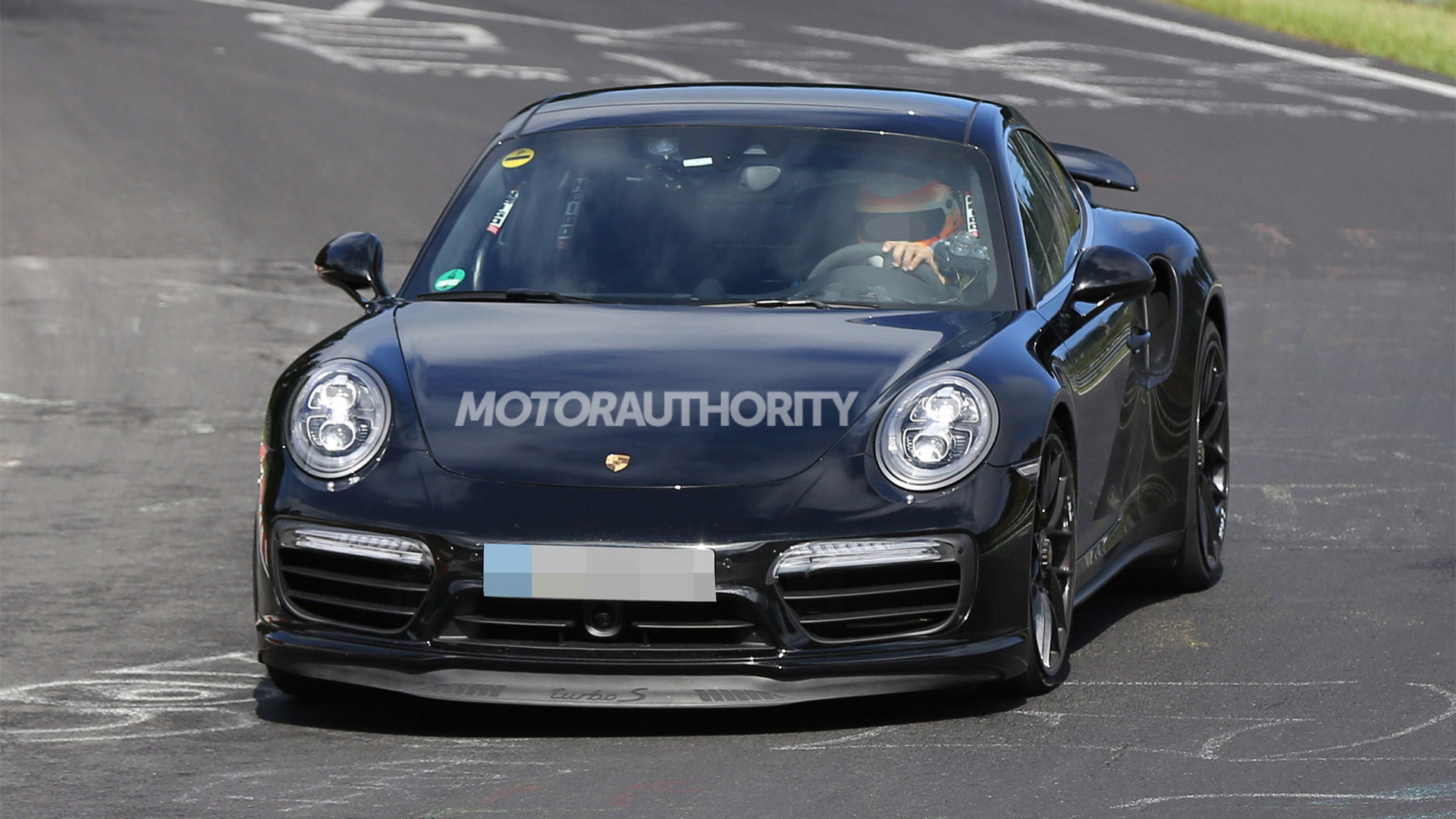 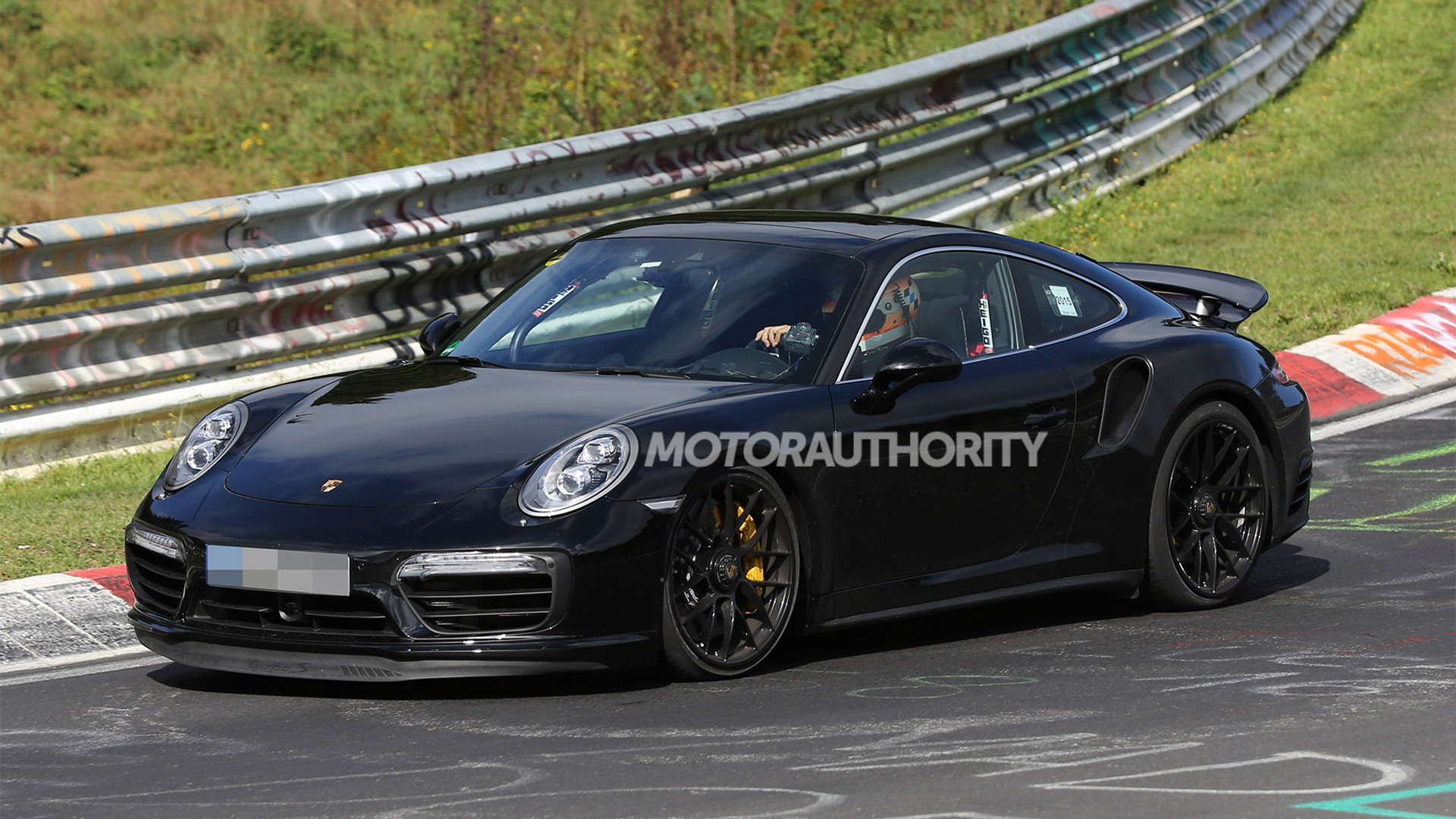 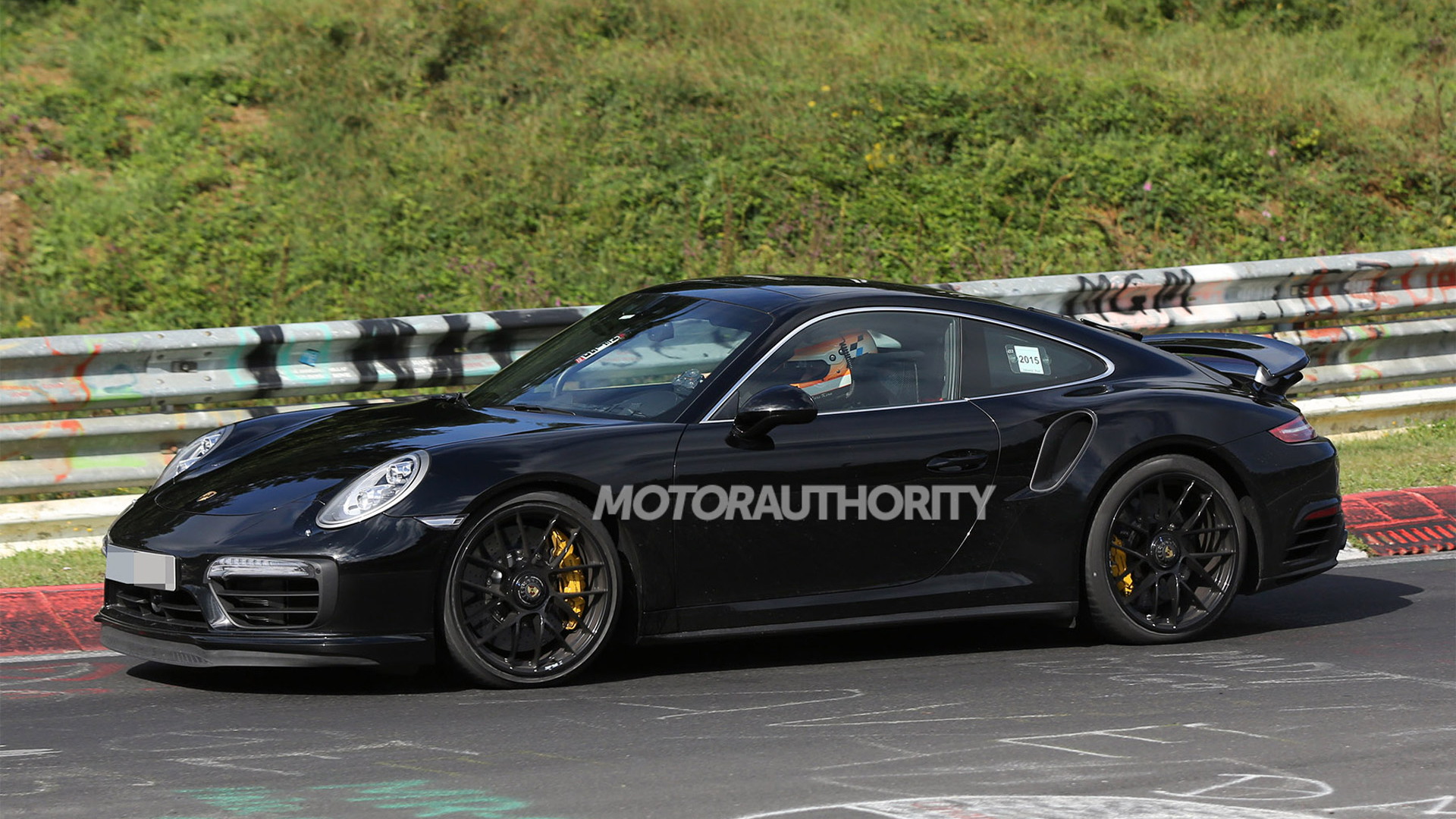 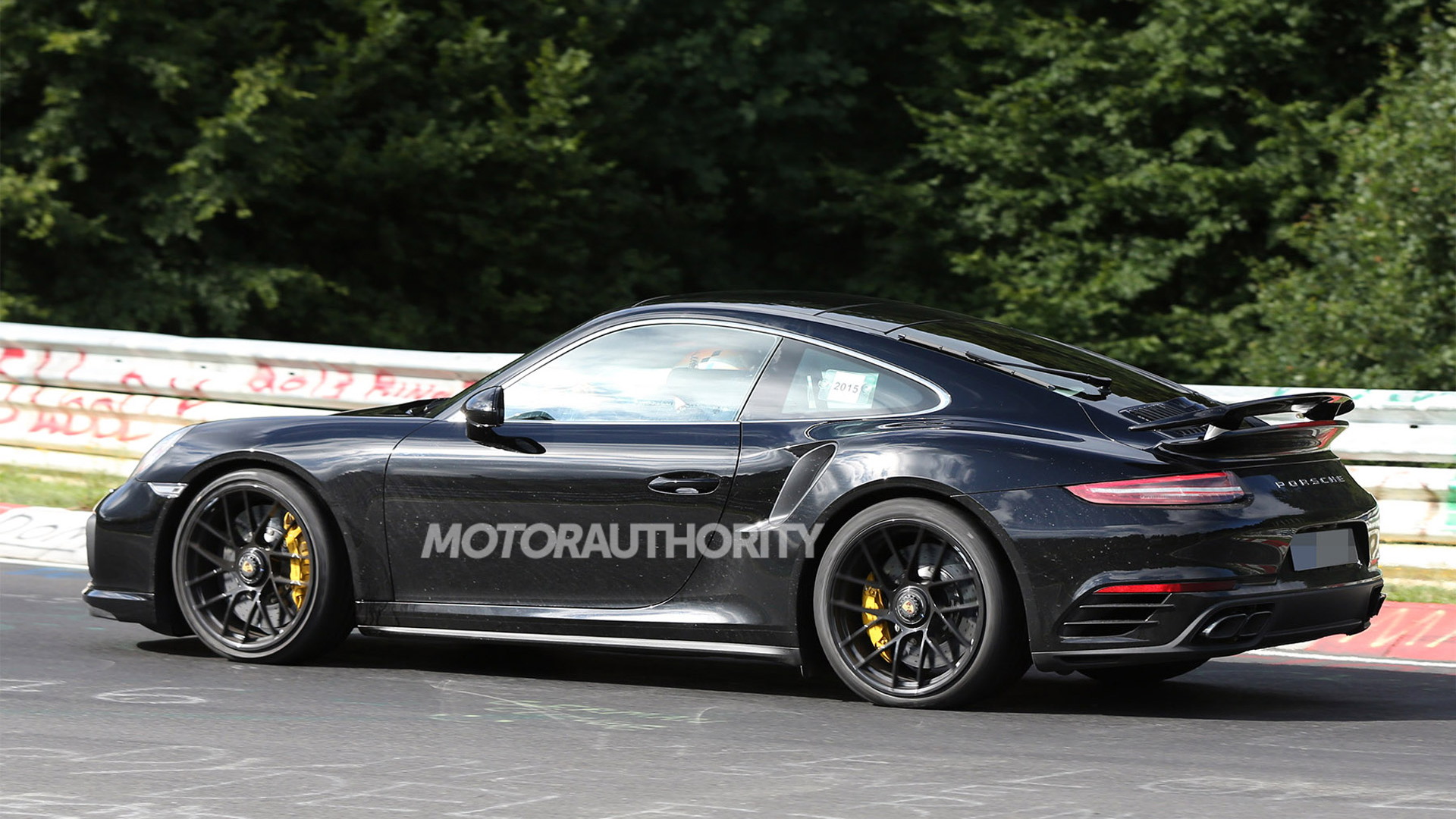 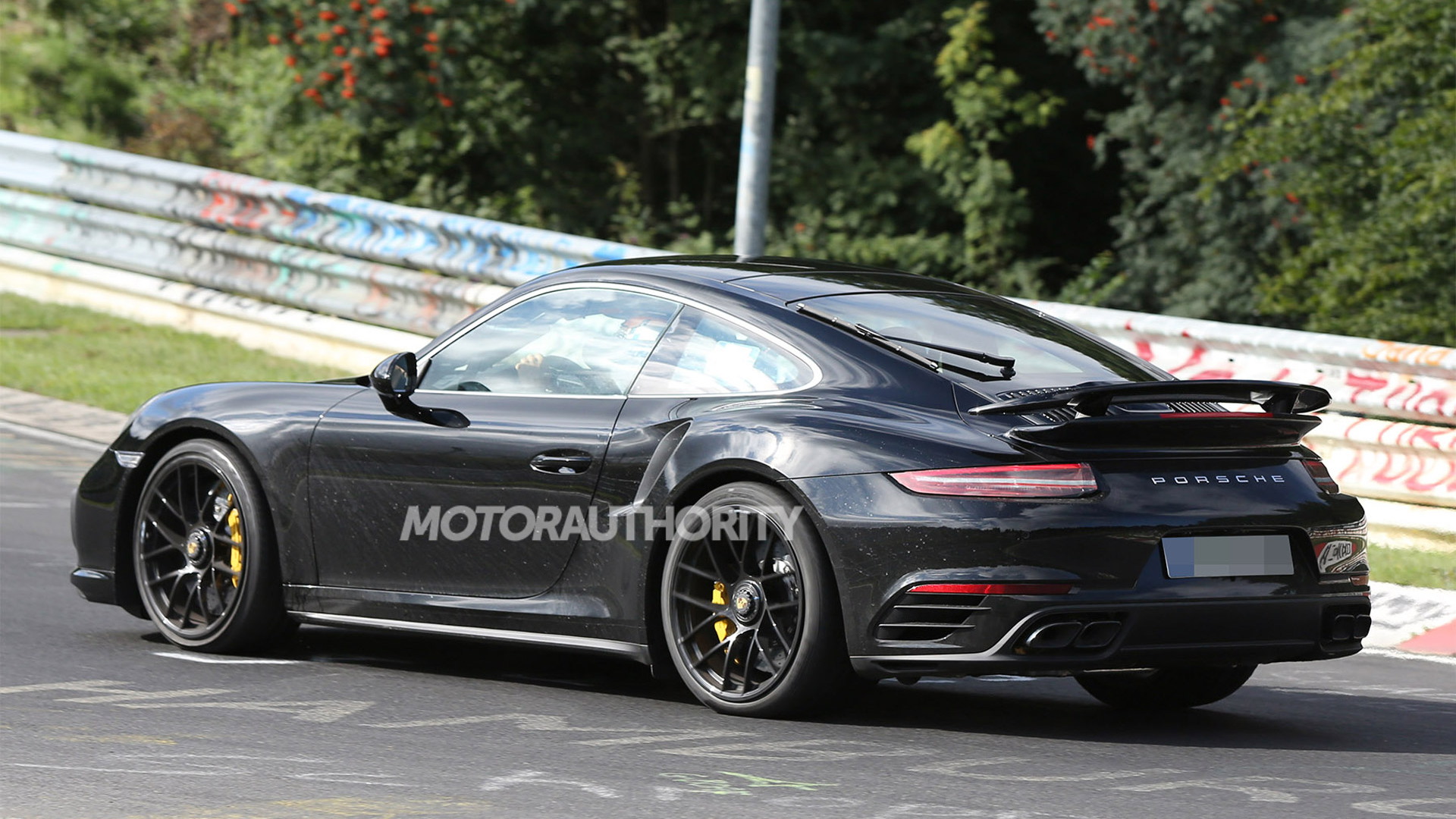 Porsche is working on a mid-cycle update for its 911 range and we now have new spy shots of a prototype for the updated 911 Turbo variant. Yes, despite the new generation of the 911 Turbo only going on sale in 2013, Porsche is about to bring out an updated version. We’re expecting to see the updated 911 range, including this Turbo model, for the first time at the 2015 Frankfurt Auto Show in mid-September. Sales should commence early next year, with the cars arriving either as 2016 or 2017 models.

As this is only a mid-cycle update, which will see the current 911 transition from its 991 classification to 991.2, the visual tweaks should be minor (this is Porsche after all). The front of the updated Turbo is characterized by revised daytime running lights and new intakes in the bumper, possibly with an active grille-style function to help save fuel. At the rear we see a new design for the vents located in the bumper. This suggests some updates to the car’s twin-turbocharged 3.8-liter flat-six have been made.

In previous 911 Turbo generations, the mid-cycle update typically brought more power and improved fuel economy. Currently, the Turbo puts out 520 horsepower while the sportier Turbo S delivers up 560 horsepower. Considering the latest Panamera Turbo S is delivering 570 horsepower, we’re sure Porsche will be keen to give the performance edge to its iconic 911. 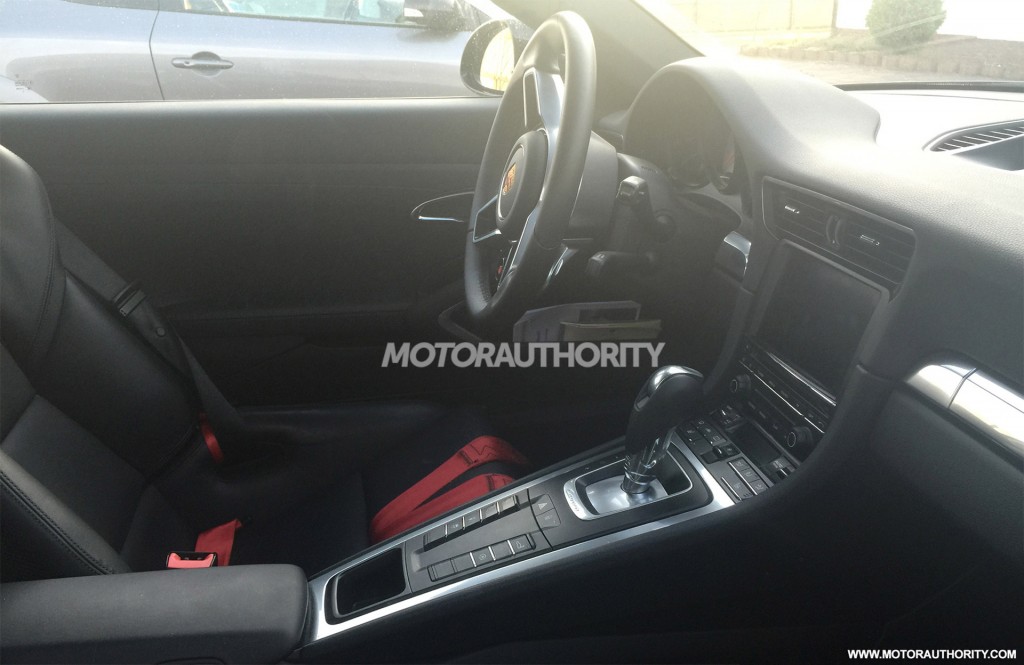 Note that also with this update the regular 911 Carrera models receive new turbocharged powertrains. The updated Carrera is expected to have 370 horsepower on tap, up from the current model’s 350-hp rating; and the updated Carrera S should have 420 hp, up from the current 400-hp rating. This means the actual Turbo model will need some extra horses to provide a safe performance buffer between it and its lesser siblings. There’s also the issue of rivals such as the new Audi R8, Mercedes-AMG GT S and a new Jaguar F-Type SVR encroaching on the performance of the Turbo.

Our latest shots also include a look at the updated interior. We can see that a slightly larger display has been fitted to the center console. There’s also a red button located on the multi-function steering wheel. Our photographer tells us that the button activated a “turbo boost” function. The standard transmission remains Porsche’s seven-speed PDK dual-clutch unit.