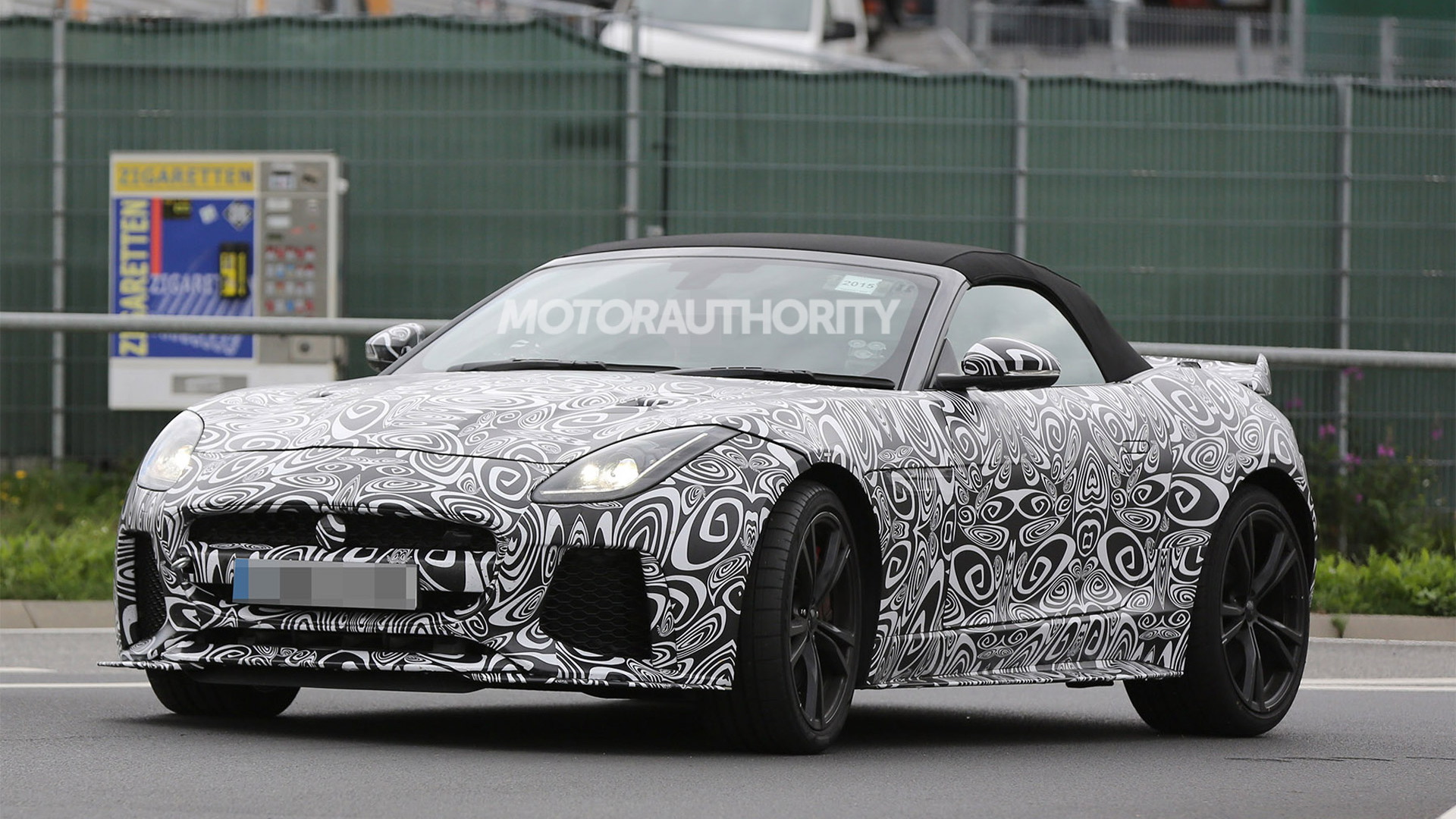 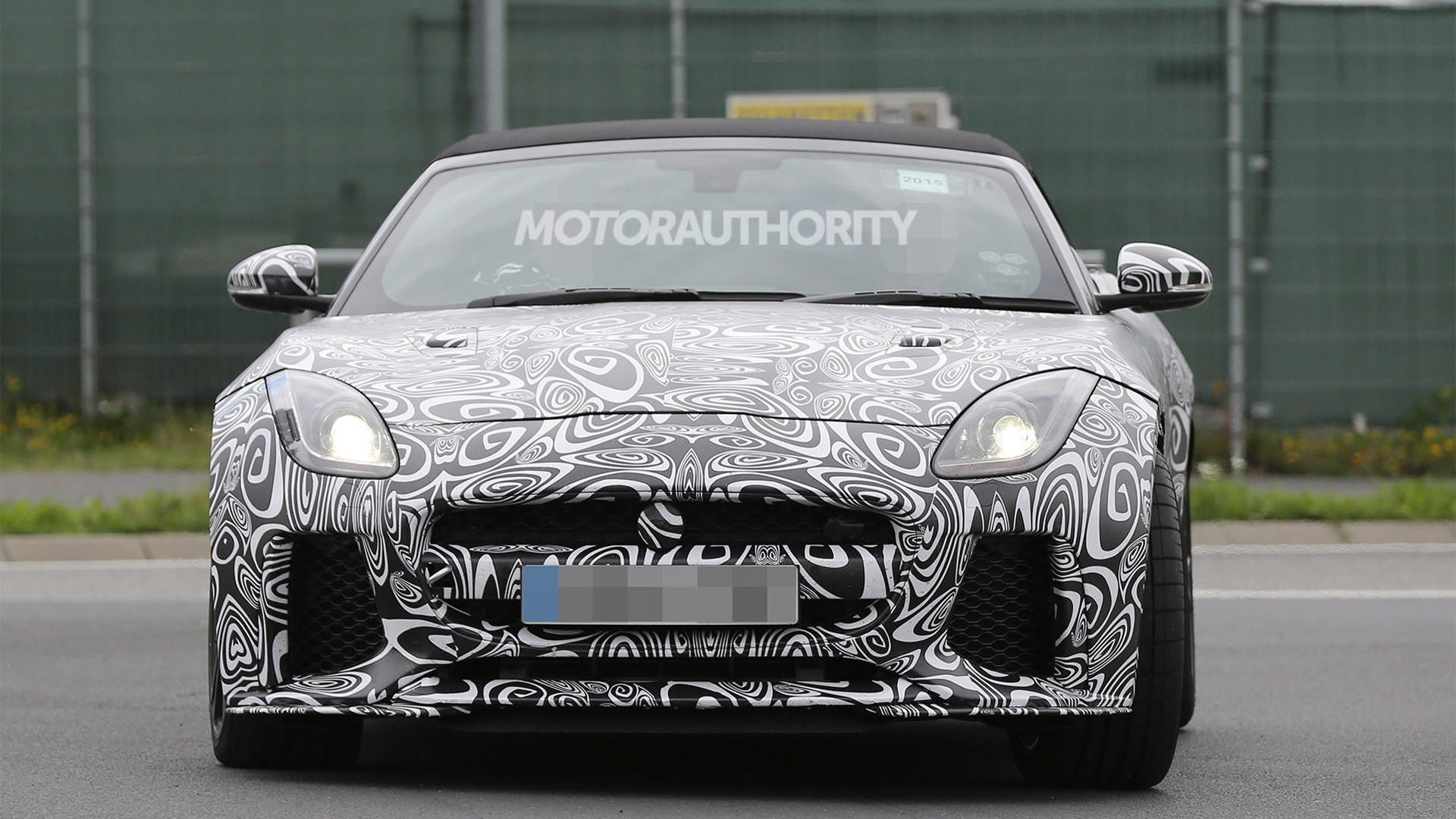 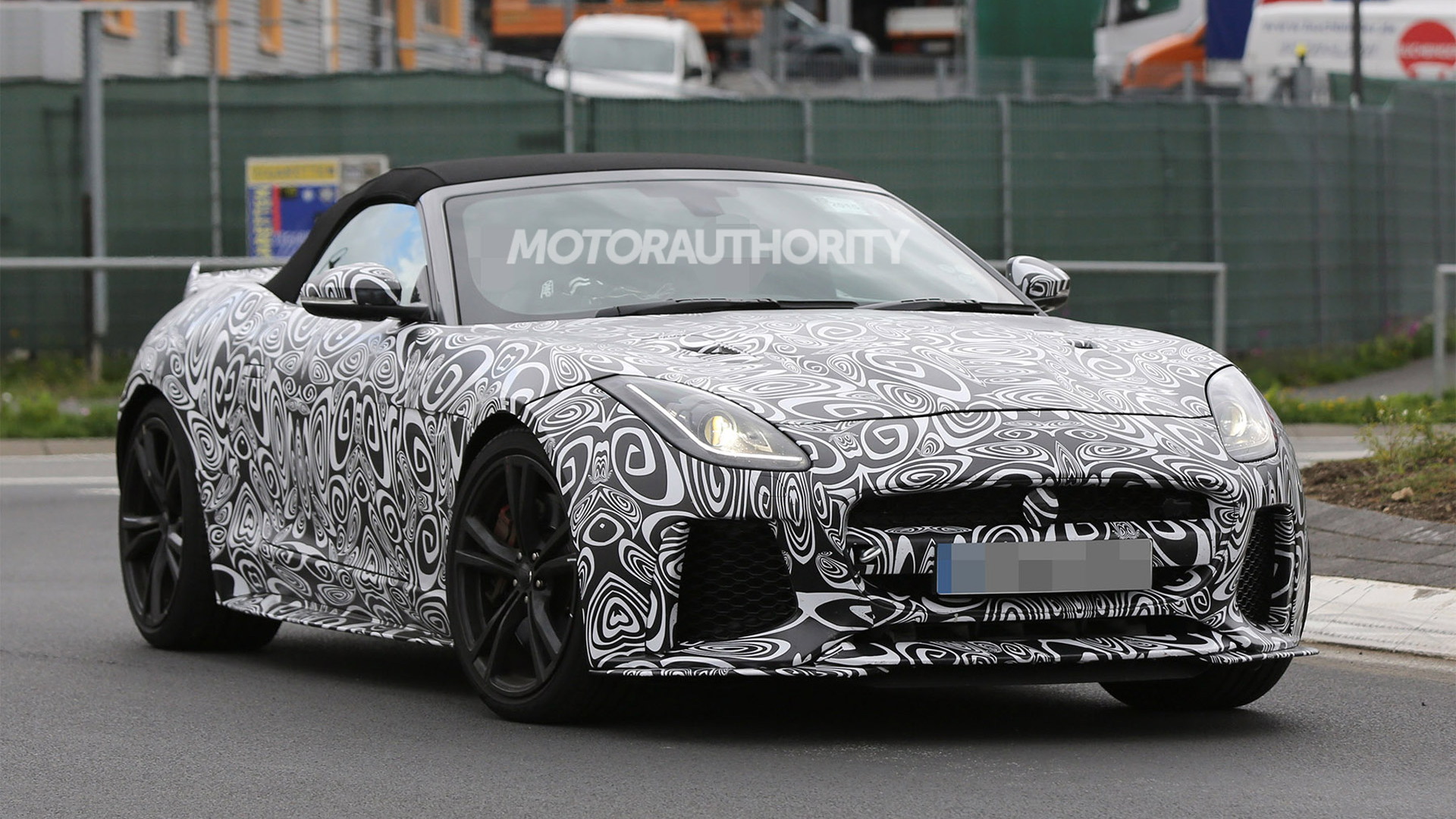 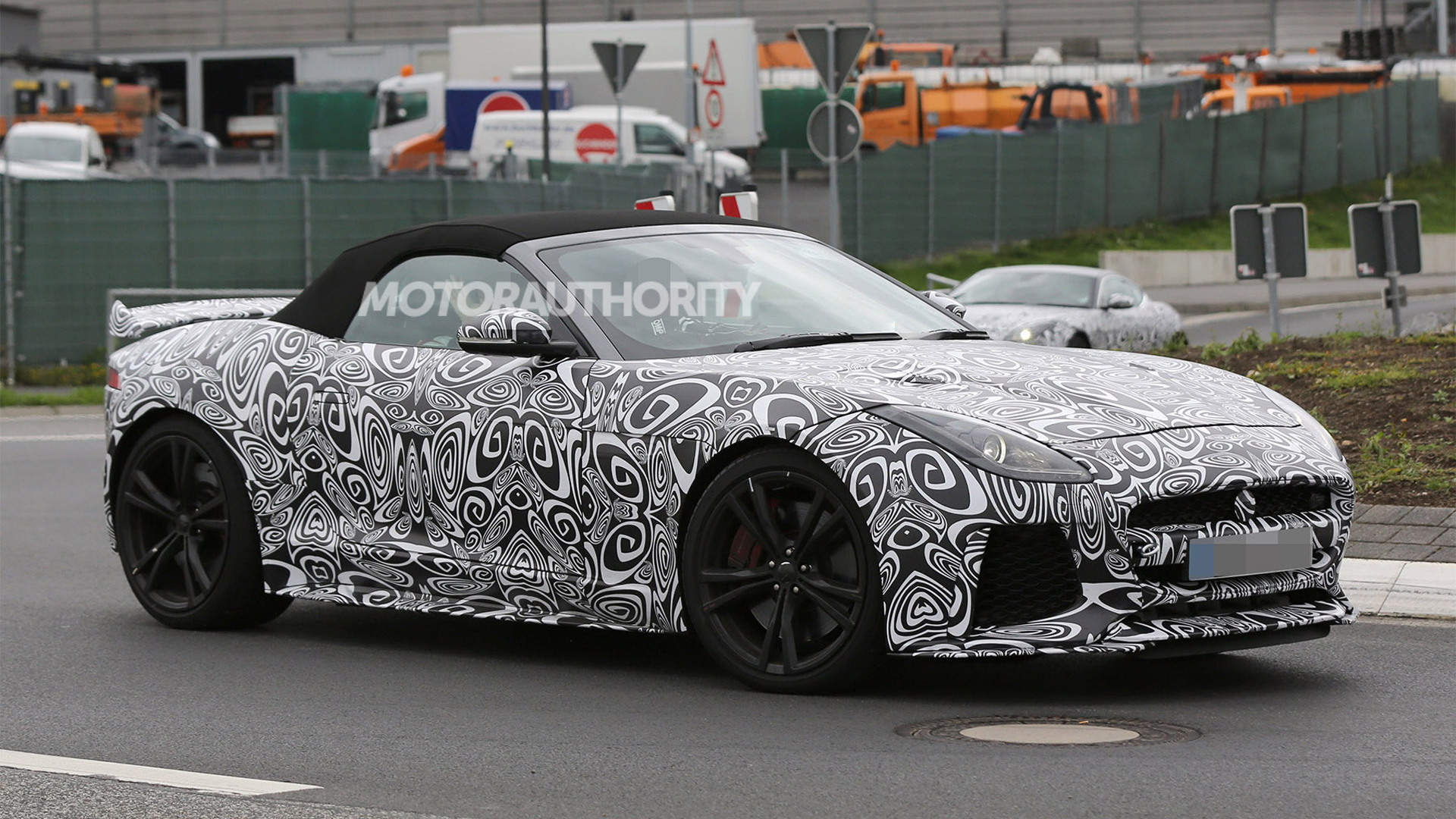 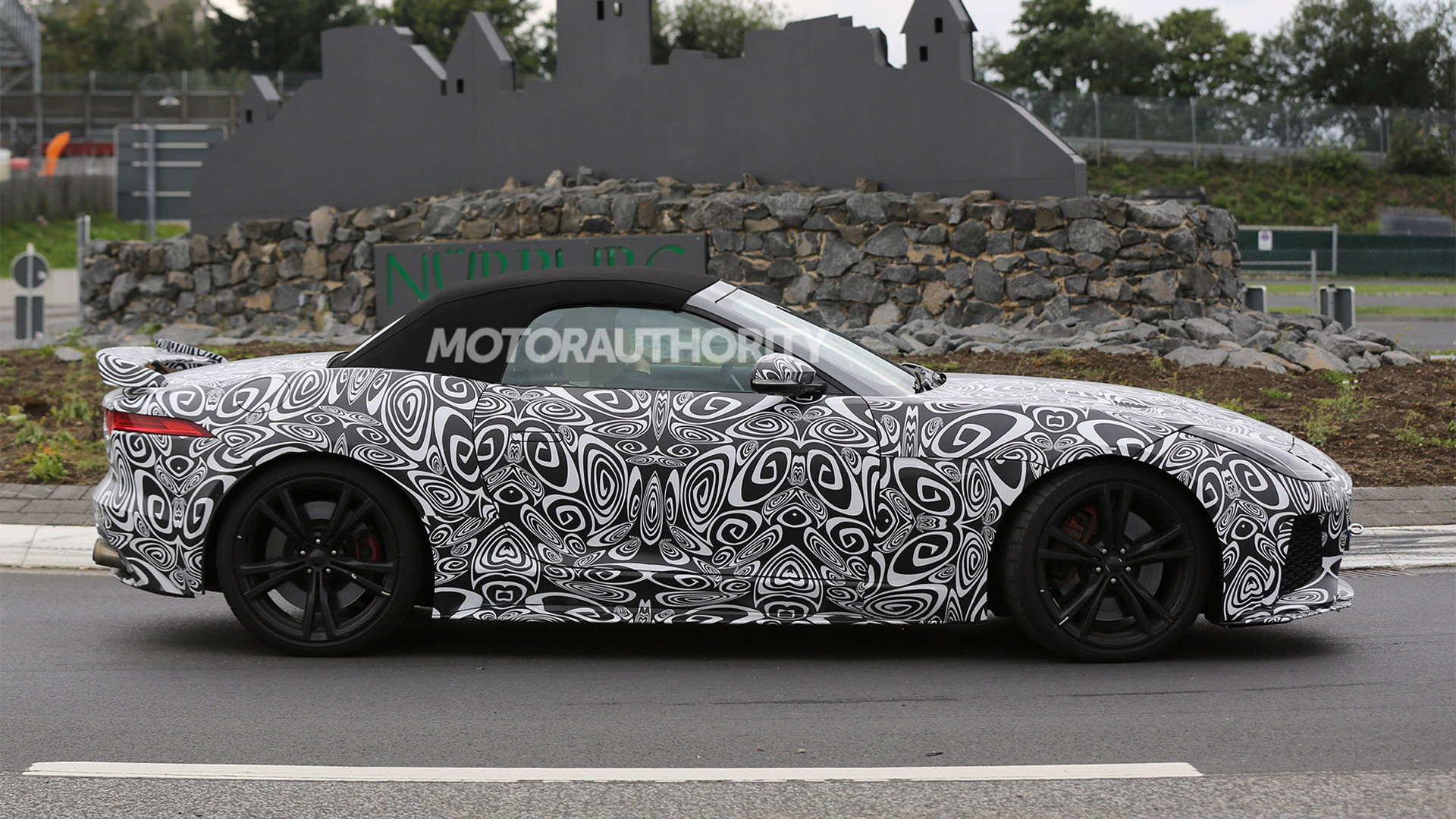 It’s only a matter of time until Jaguar turns the wick up on the 550-horsepower supercharged V-8 fitted to its sublime F-Type R sports car, especially since the automaker already revealed a more powerful version of the engine in last year’s limited edition F-Type Project 7. And it appears that that is exactly what the automaker is working on, as we now have spy shots showing an F-Type prototype that’s more extreme than anything we've seen.

The prototype is thought to be for a new F-Type SVR range-topper being developed by Jaguar Land Rover’s SVO skunkworks. SVO is the Brit automaker’s rival to the likes of BMW M and Mercedes-AMG, though it also handles personalization work and other special projects.

SVO’s first SVR-badged car was the brilliant Range Rover Sport SVR, and it looks like an F-Type SVR will be next in line. Spotted here is an F-Type SVR Convertible. A coupe has also been spotted, suggesting that both variants will be launched simultaneously.

The F-Type Project 7 is thought to have served as inspiration for the new model. Its engine, the familiar supercharged 5.0-liter V-8, was rated at 575 hp, which was enough for 0-60 mph acceleration in just 3.8 seconds and a governed top speed of 186 mph. Further tuning should bump the output closer to 600 hp here, and together with the F-Type’s new all-wheel-drive system, made available for the 2016 model year, we could see the F-Type SVR’s performance surpass that of potential rivals like the Porsche 911 Turbo and Audi R8 V10.

Look for more aggressive aero enhancements similar to those featured on the F-Type Project 7, as well as the car’s electronic active differential, carbon ceramic brakes and uprated suspension. We can clearly see that the front bumper is a new design, with large intakes and an aggressive lip spoiler present. At the rear, there’s a new diffuser integrated with the bumper, flanked either side by a pair of exhaust tips. It also appears that the car has a wider track, and the rear wing looks like a fixed unit.

A debut of the Jaguar F-Type SVR should take place in the next six to 12 months, meaning it will likely arrive as a 2017 model.