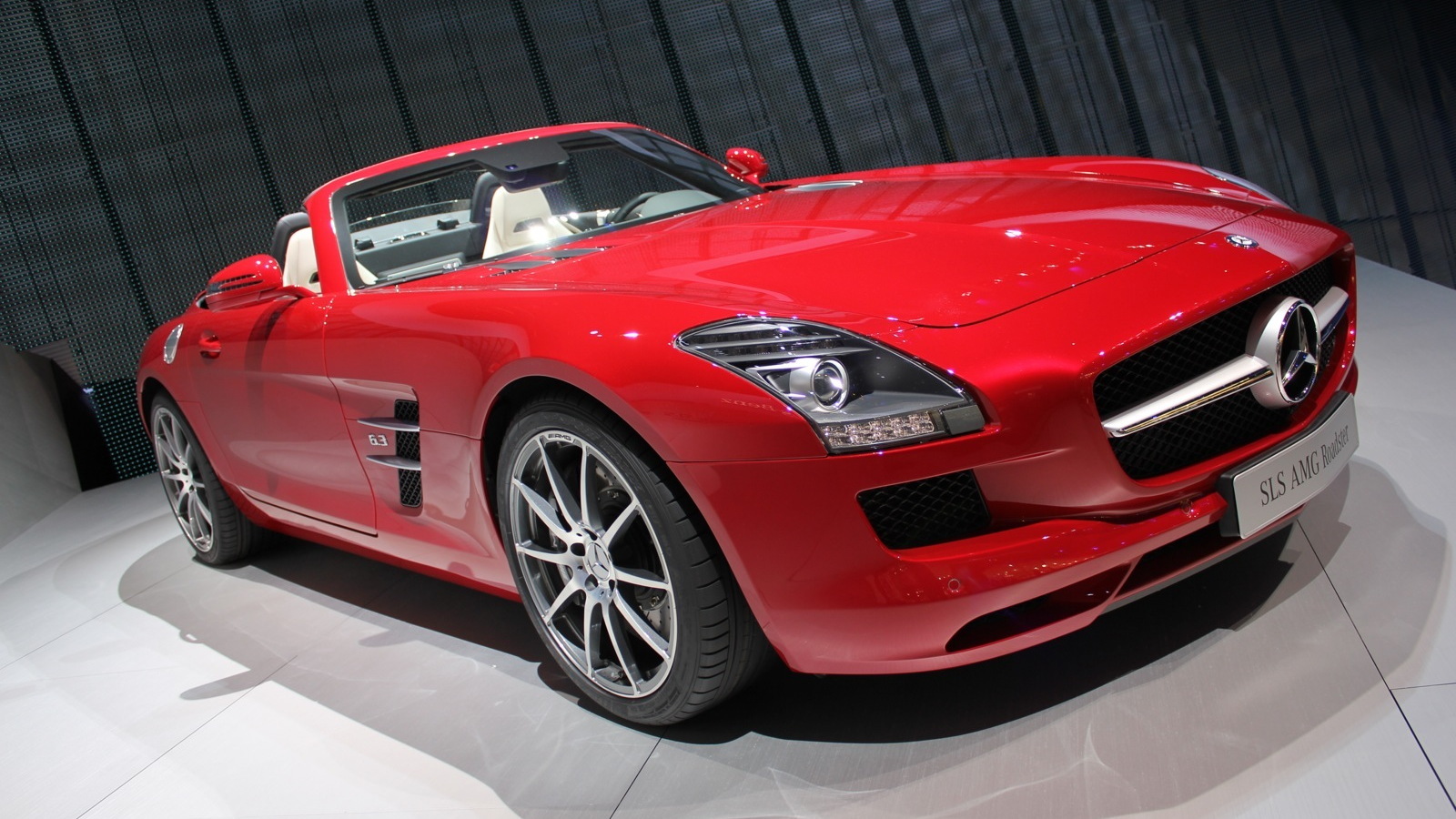 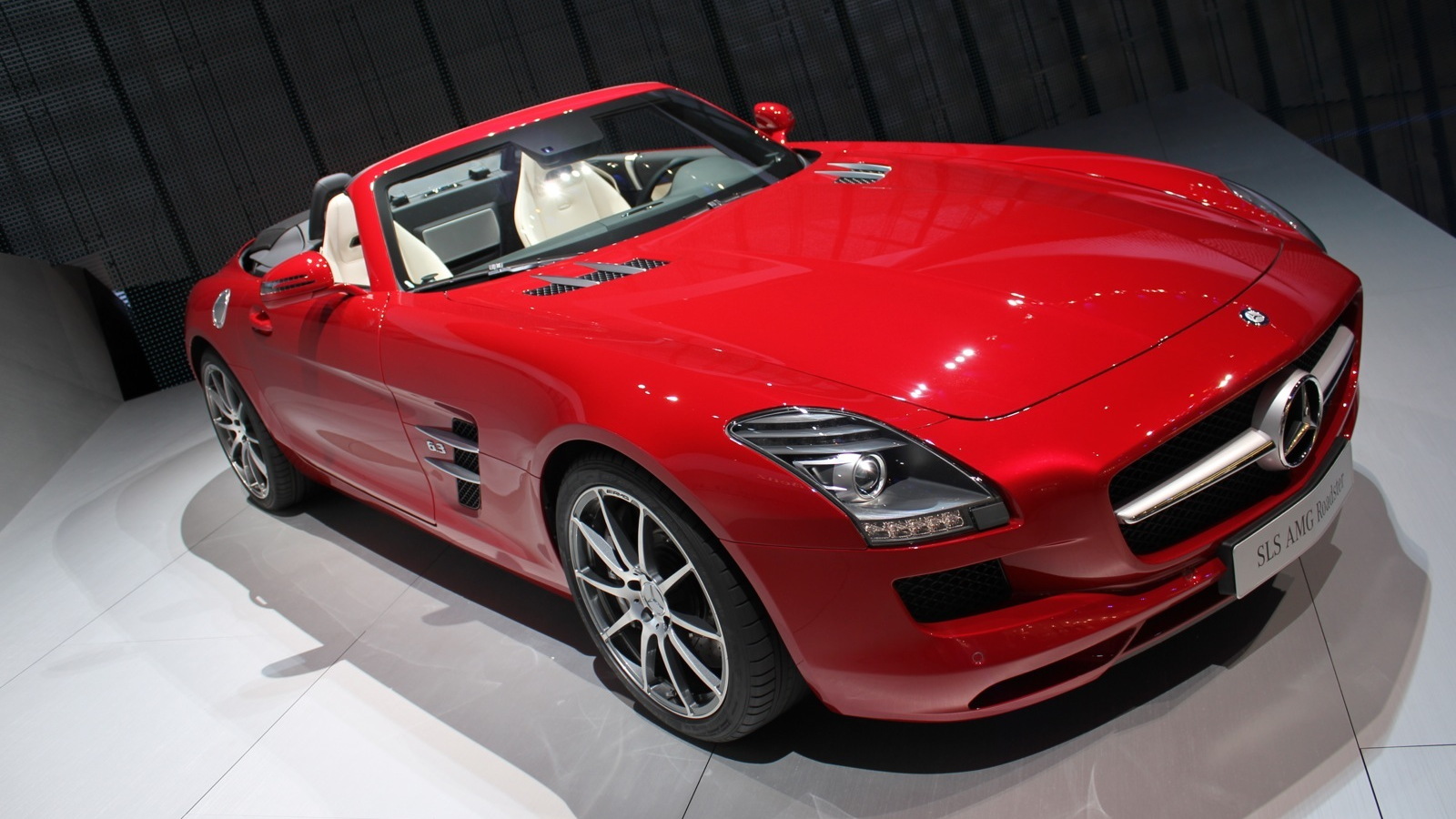 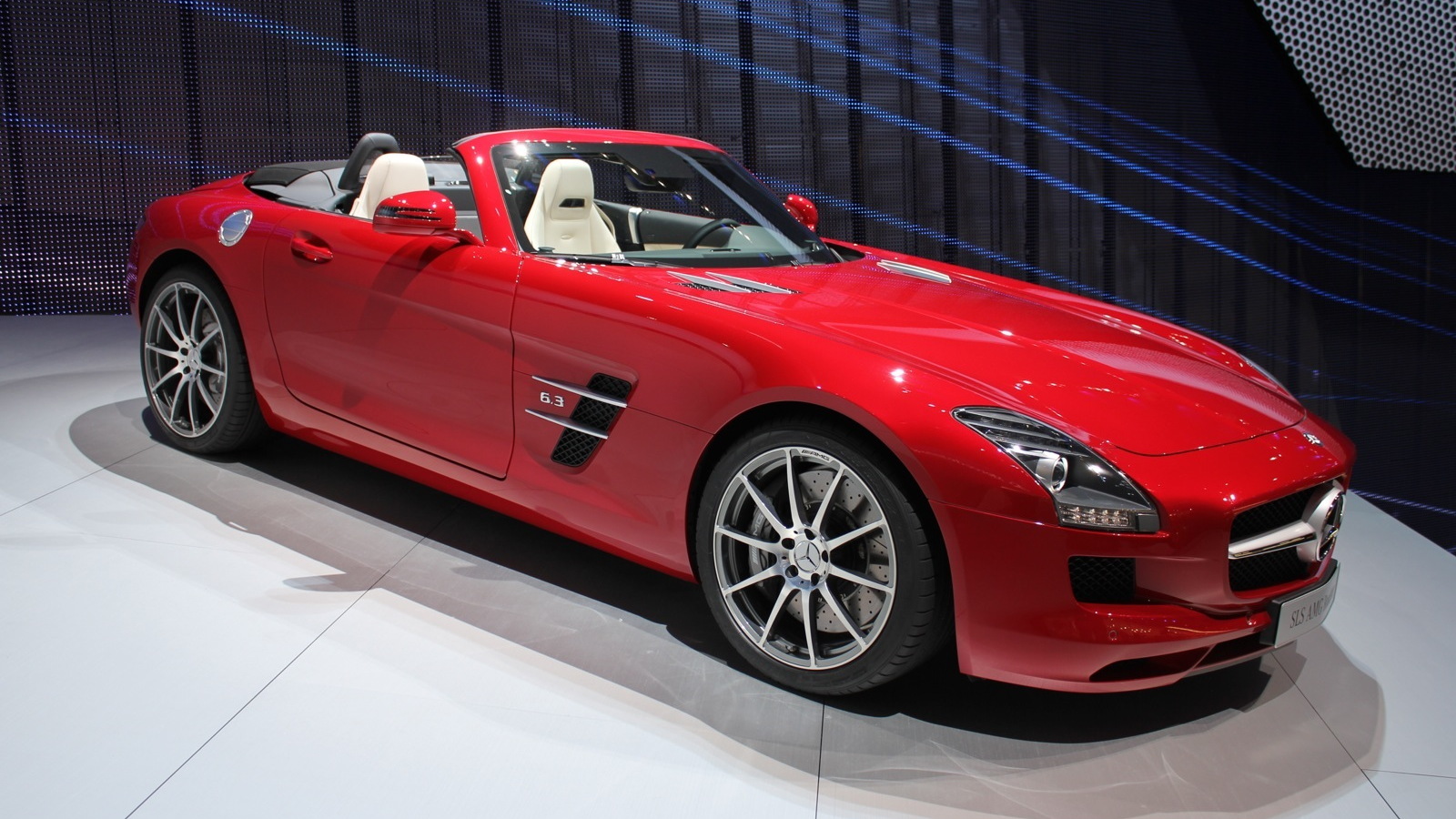 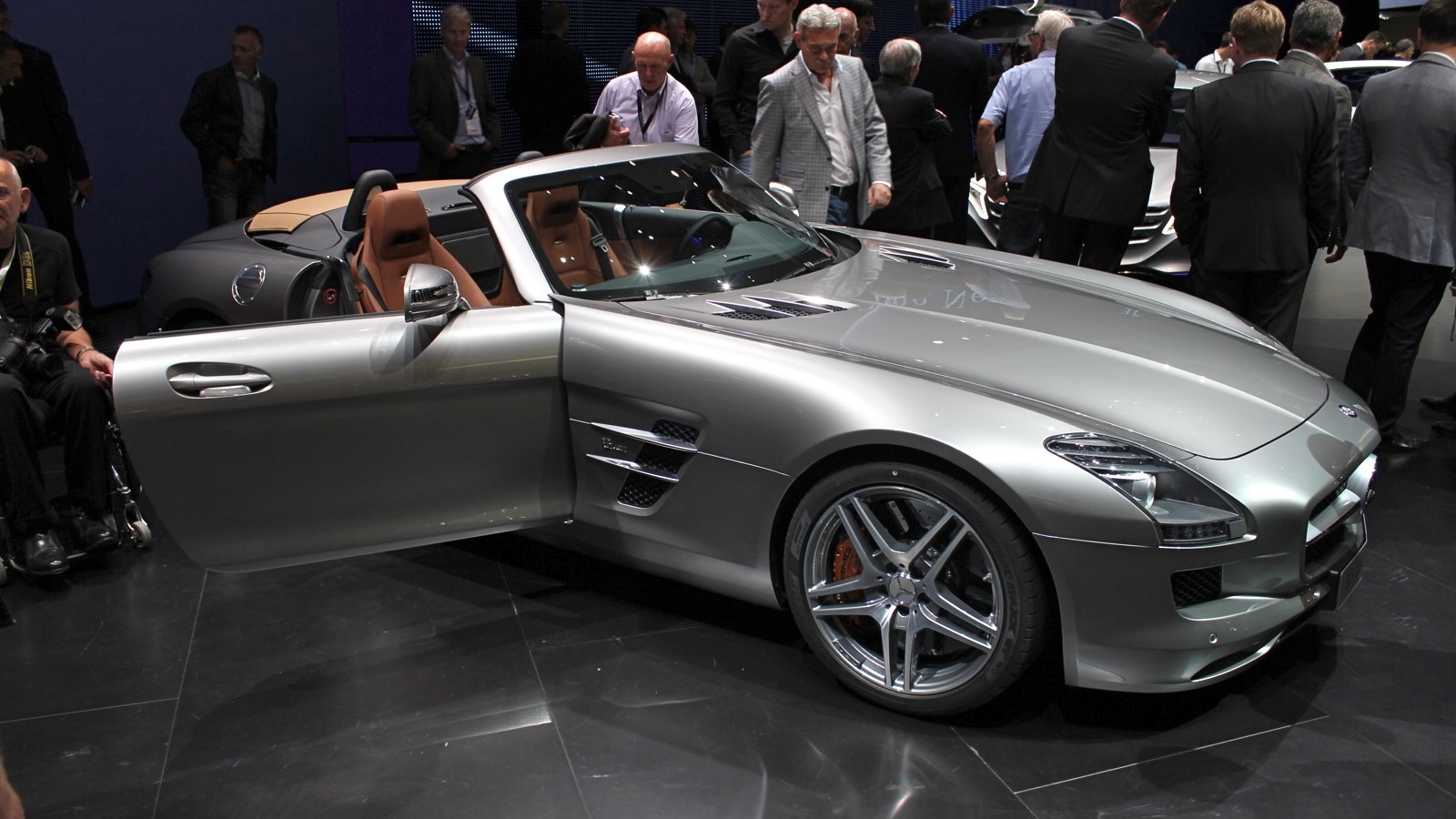 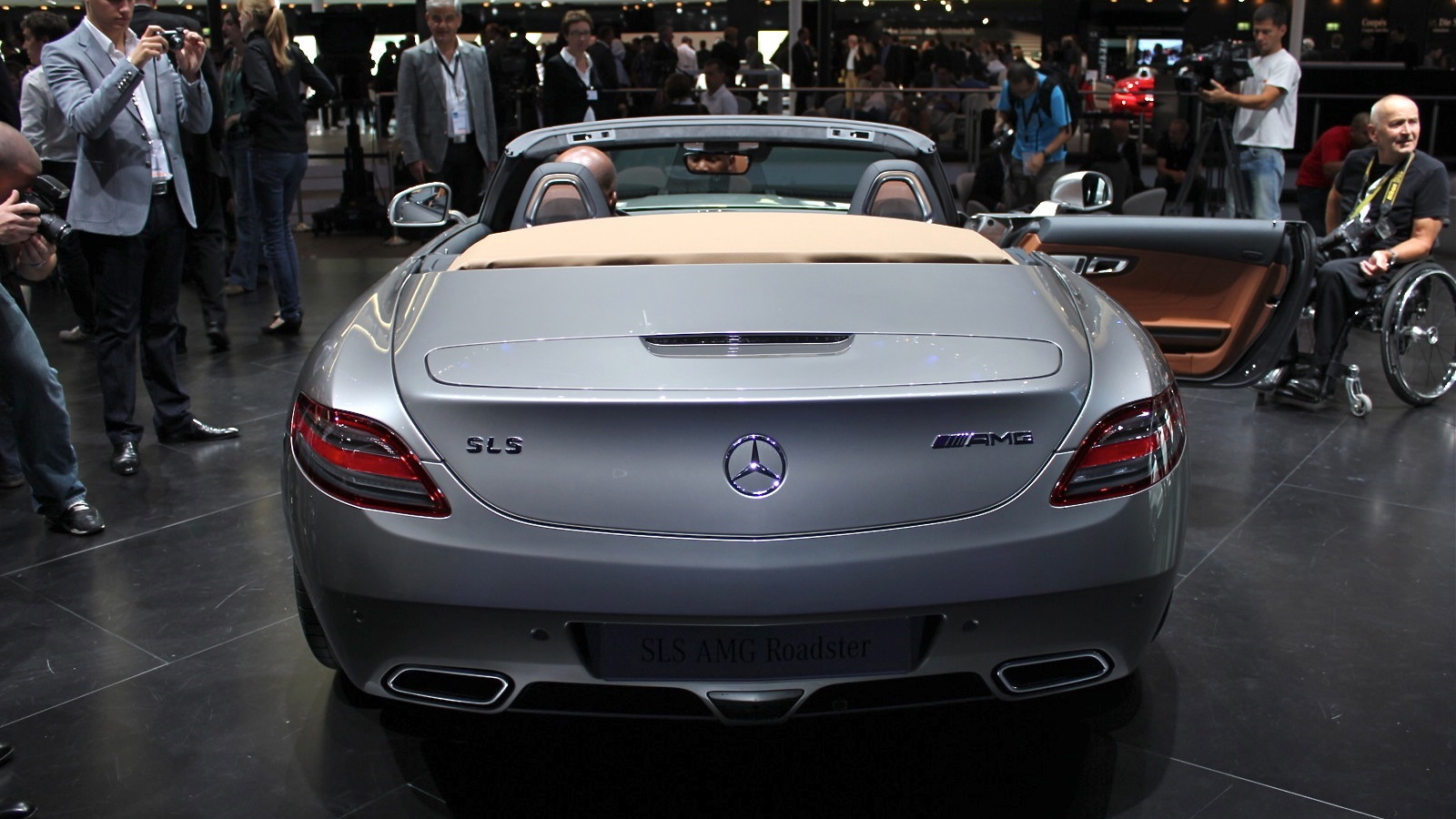 6
photos
Though the 2012 Mercedes-Benz SLS AMG Roadster has already made its North American debut at Laguna Seca, complete with a video walkaround from product manager Rob Moran, we can't skip the opportunity to bring you these live images from the floor of the Frankfurt show.

The Frankfurt showing is, after all, its official debut. Powered by the same 571-horsepower, 6.3-liter AMG V-8 engine found in the hardtop SLS AMG, the Roadster is capable of 197 mph--even with the top down.

Of course, you'll have to give up the iconic gullwing doors if you opt for the Roadster, but that's not too big a loss; there's still plenty of reasons to enjoy the SLS AMG Roadster, particularly since AMG spent considerable time focusing on the stiffness and rigidity of the Rodaster's structure. All of that work paid off in terms of weight--the body shell for the Roadster is only five pounds heavier than that of the hardtop, weighing in at 536 pounds.