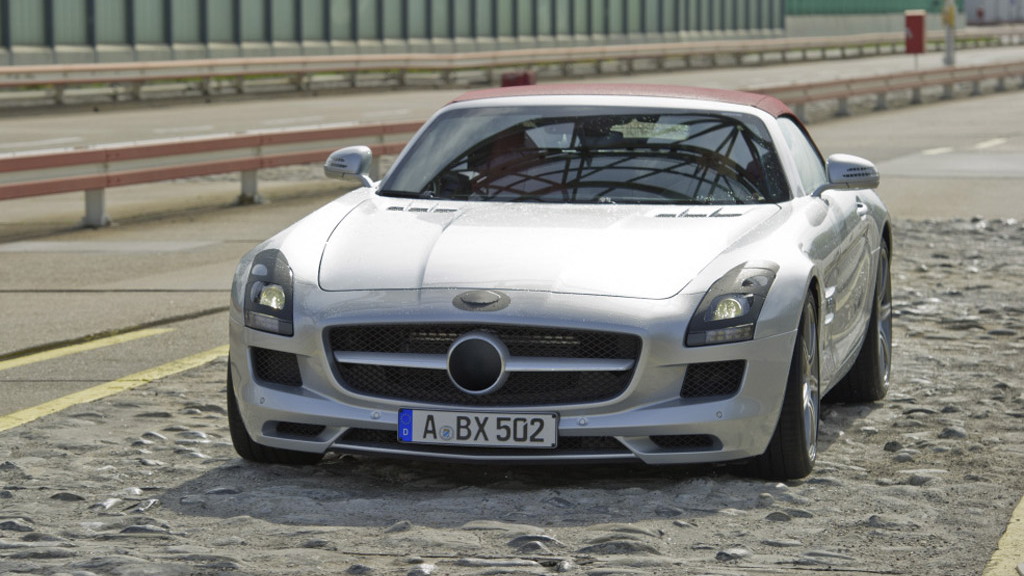 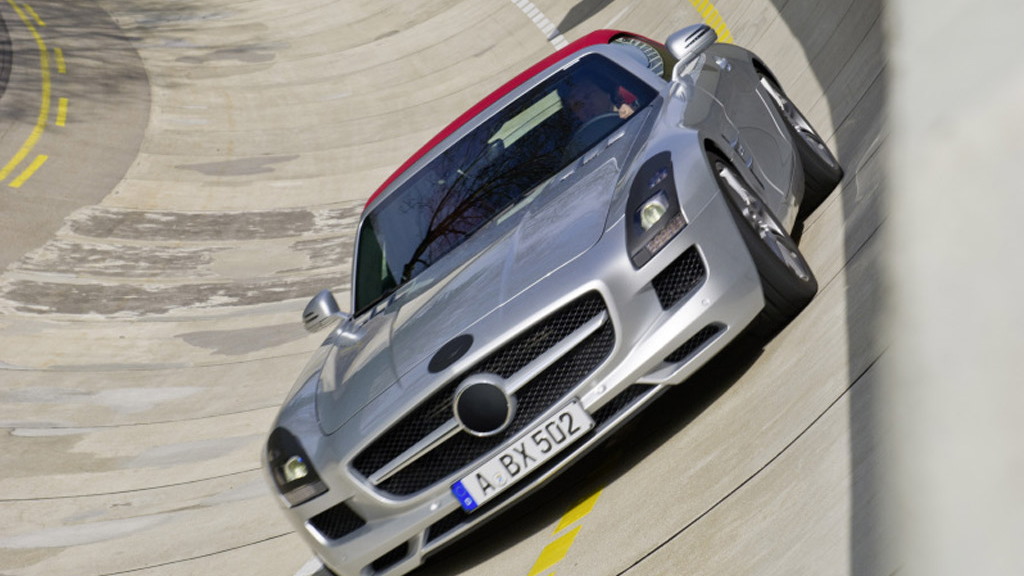 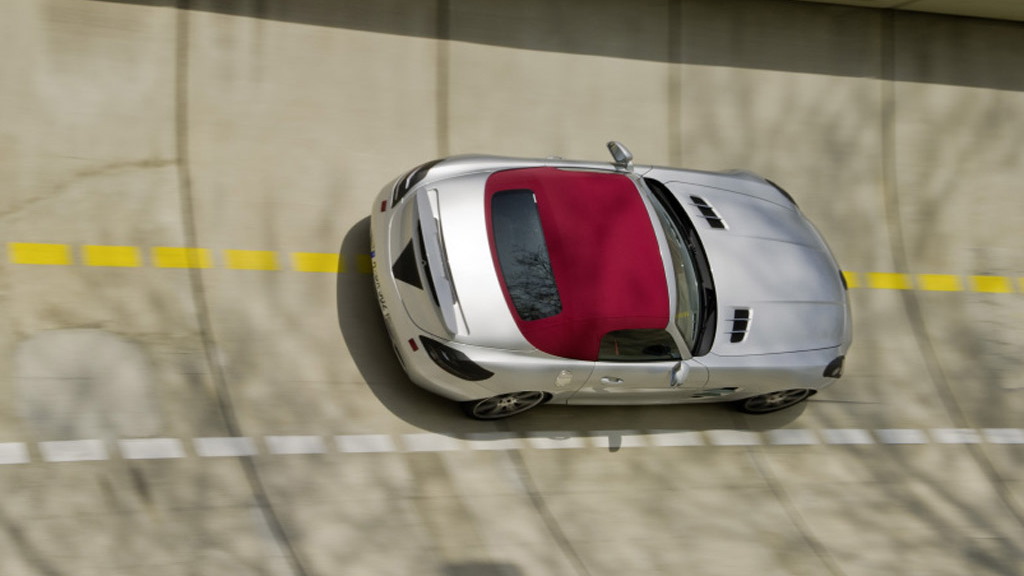 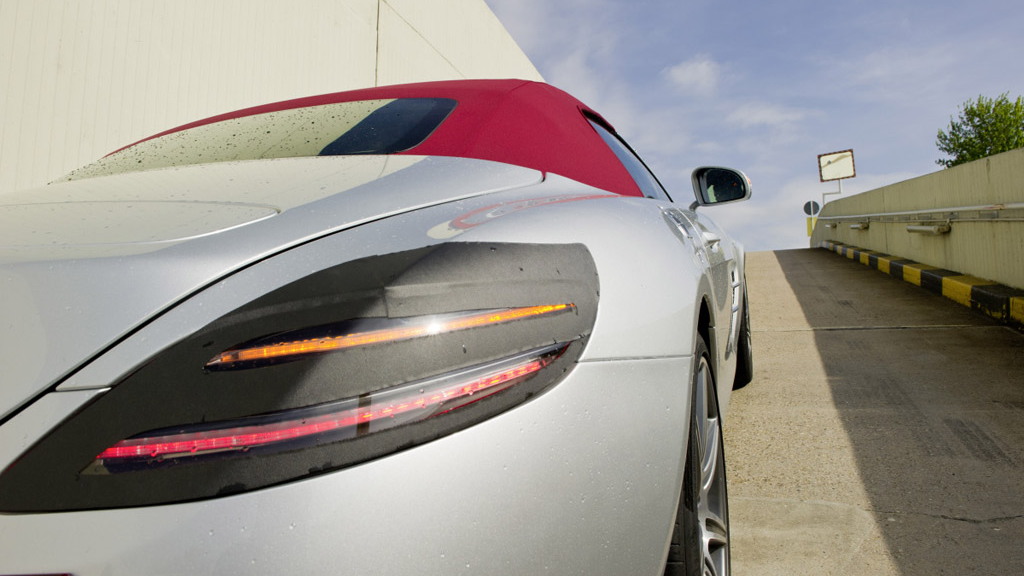 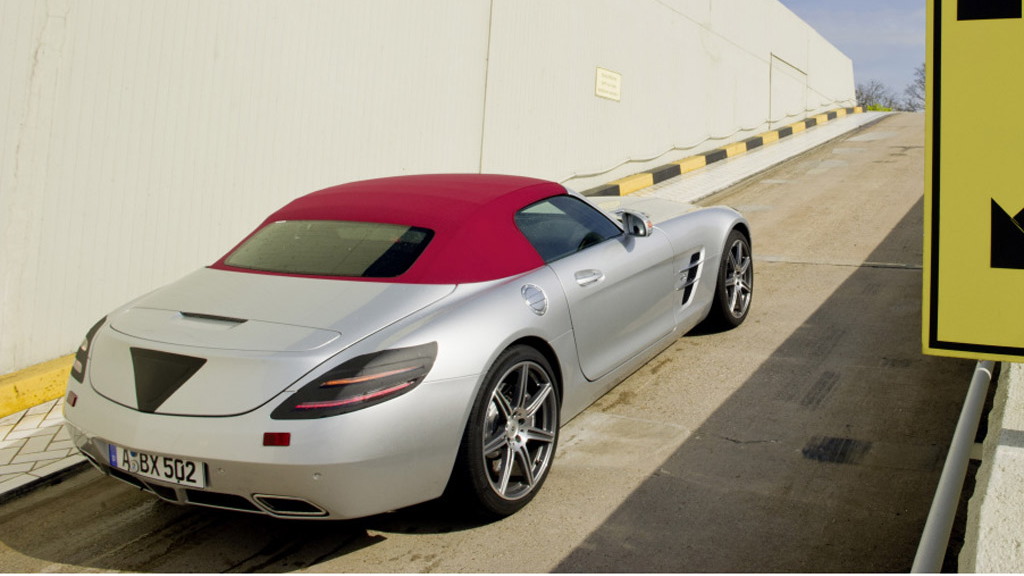 The 2012 Mercedes-Benz SLS AMG Roadster has been of the worst kept secrets of the year, perhaps purposely so, as we’ve not only seen barely disguised prototypes but also leaked patent drawings and even a Super Bowl ad appearance.

Now Mercedes-Benz has released some preview shots of the upcoming car, revealing all except some detailing in the lights and the badges.

As we all know, the open-top SLS AMG Roadster is the second car to be developed independently by AMG. In fact, the original SLS AMG and new Roadster were created in parallel, with engineers focusing particularly on bodyshell rigidity when working on the Roadster.

Here we see the car in its final stages of development, ahead of its world premiere at the 2011 Frankfurt Auto Show this September.

For example, due to the lack of a fixed roof and gullwing doors, it was necessary to design the side skirts more robustly, not just for crash performance, but because test drives showed that the driving dynamics could be improved even further by strengthening this area.

Additionally, in order to achieve handling dynamics identical to the gullwing model--without a fixed roof--the Roadster has two features designed to increase the rigidity of the bodyshell: the cross-member carrying the dashboard has additional supporting struts at the windshield frame and at the center tunnel, and a structure between the soft top and the tank stiffens the rear axle.

These features prevent unwanted vibrations from the start and dispose of additional weight-increasing vibration dampers often employed by competitors. Because of this rigidity, the soft top can be reliably opened and closed electrohydraulically at speeds of up to 31 mph. Top speed is an electronically limited 197 mph, which is safe to travel at with the top either up or down.

Finally, the bodyshell of the Roadster tips the scales at only 536 pounds--which is comparable to the 531 pounds of the SLS AMG hard-top.

As mentioned, these prototypes with a fabric roof have no Mercedes stars or model designations to be seen, just black adhesive foil at the front, rear and along the sides. The proportions speak for themselves with a long hood, large wheels and a short rear.

For more details and images, check out our previous coverage on the 2012 Mercedes-Benz SLS AMG Roadster by clicking here.