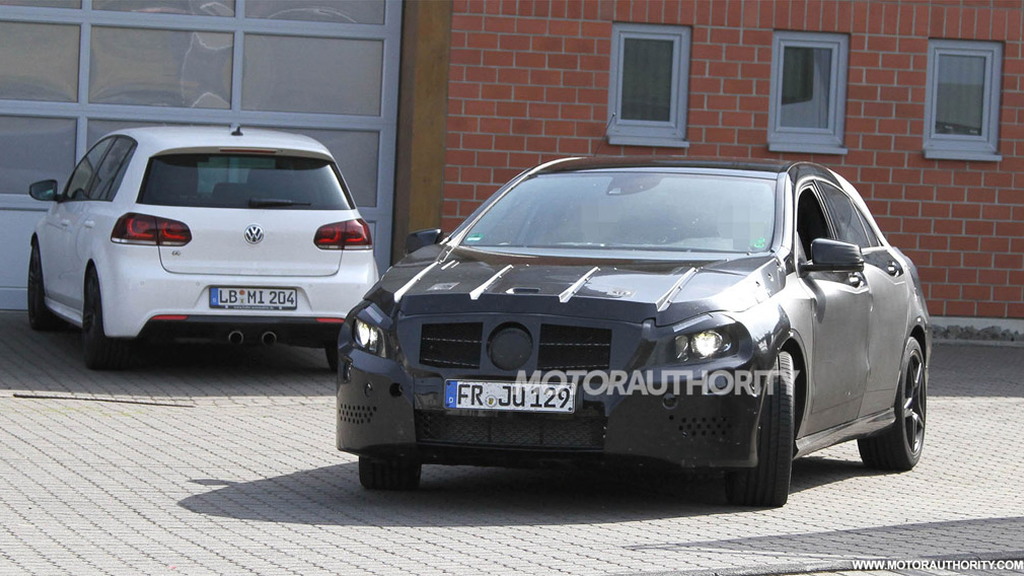 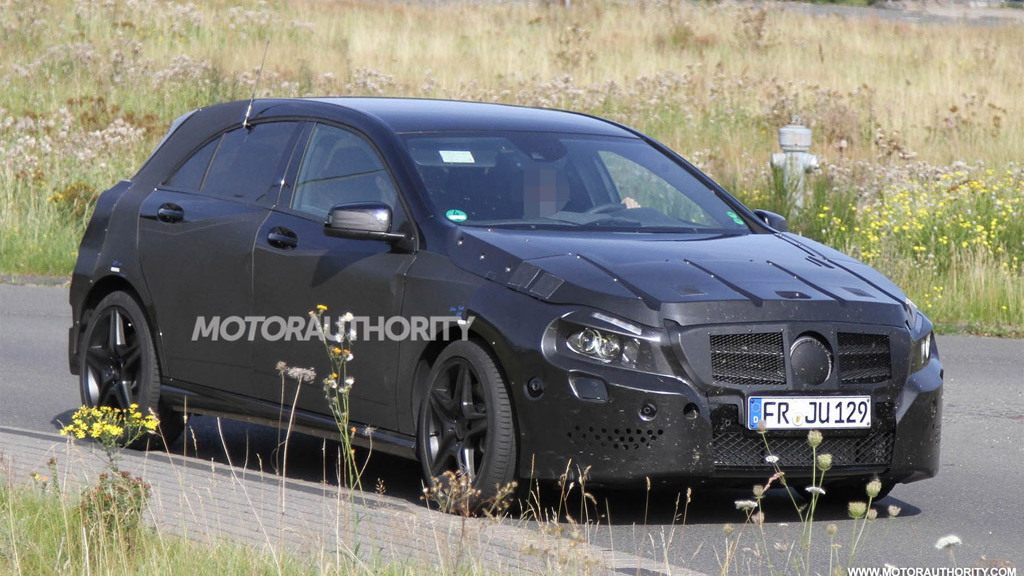 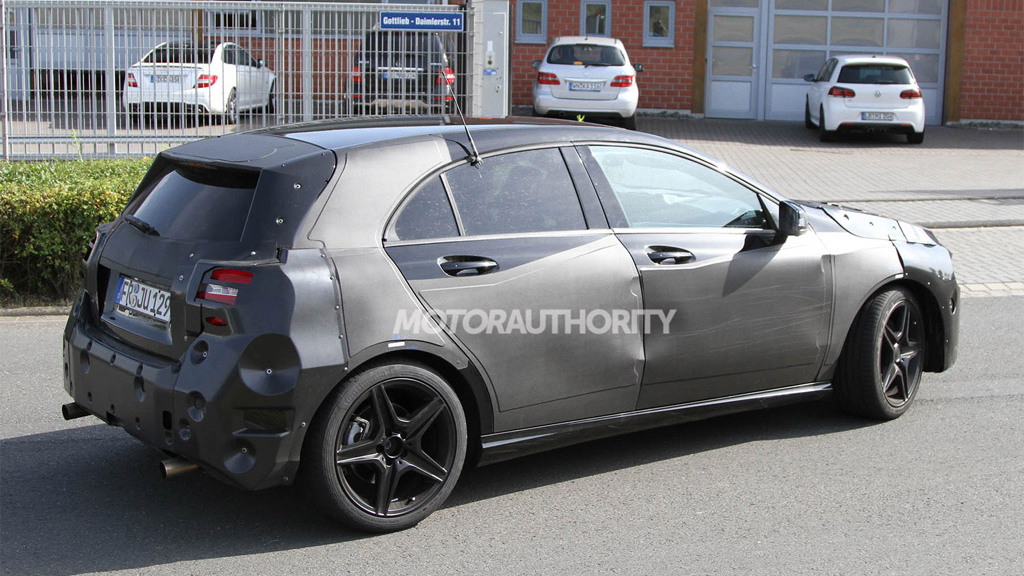 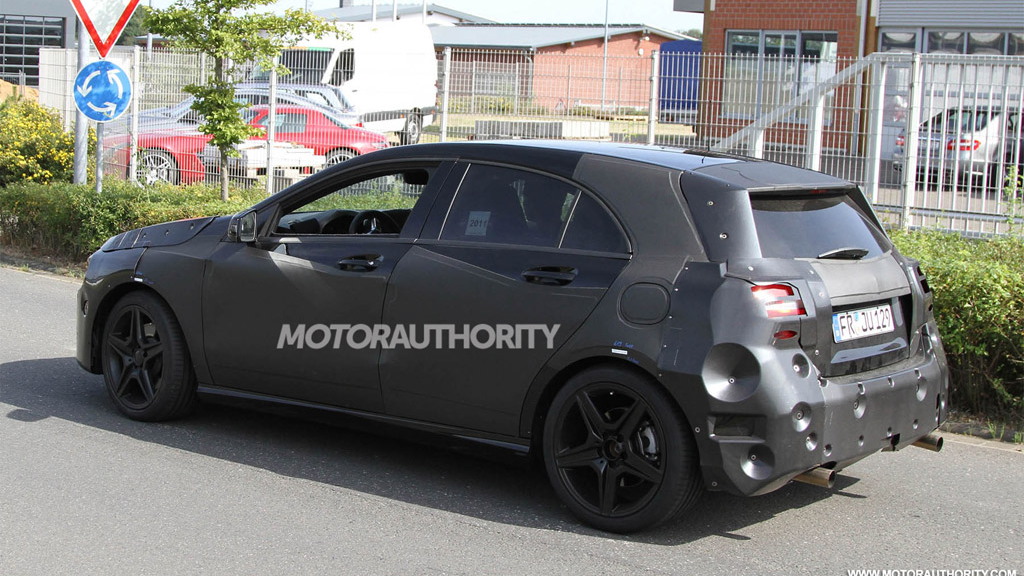 5
photos
UPDATE: The new Mercedes-Benz A Class has been revealed. Click here for all the details.

We’ve already seen spy shots of the upcoming 2013 Mercedes-Benz A-Class luxury hatchback, as well as the long-rumored A25 AMG performance variant, but now we have an exclusive spy video featuring prototypes for both models testing around Germany.

We also have a pretty good idea as to what the third-generation A-Class will look like thanks to the unveiling of the Concept A-Class earlier this year, as well as leaked patent drawings of the production version.

However, the video gives us a better sense as to what the new car will look like out on the road following its sales launch, which should take place in Europe late next year and in the U.S. sometime in 2013.

Turbocharged four-cylinder engines will be offered throughout the lineup, though the AMG model could feature an advanced supercharging system. You can easily tell the AMG variant by its throatier exhaust growl, dual exhaust tips and bigger wheels.

After the video, click here for our previous post on the 2013 Mercedes-Benz A-Class, and here for the A25 AMG model.