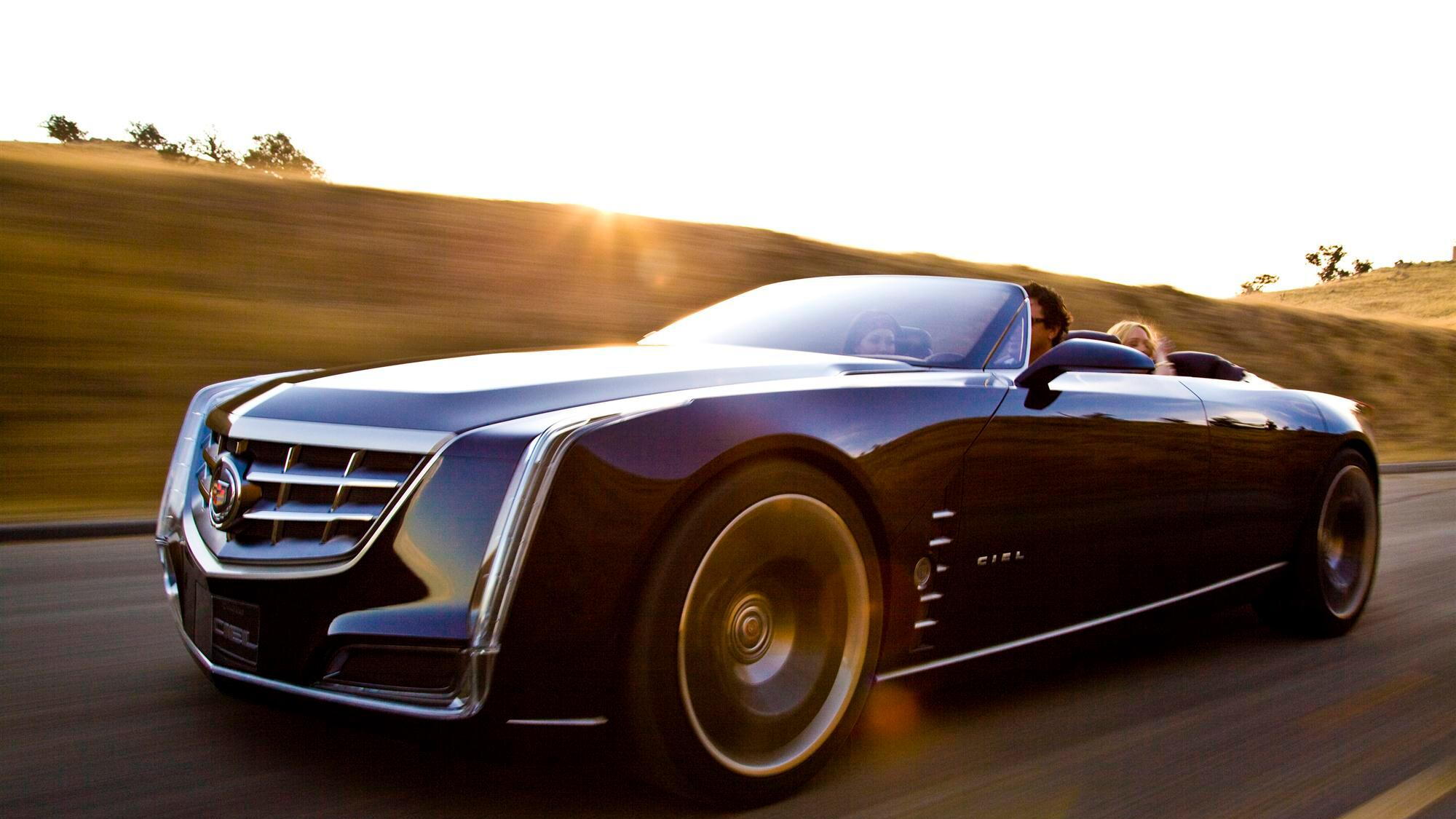 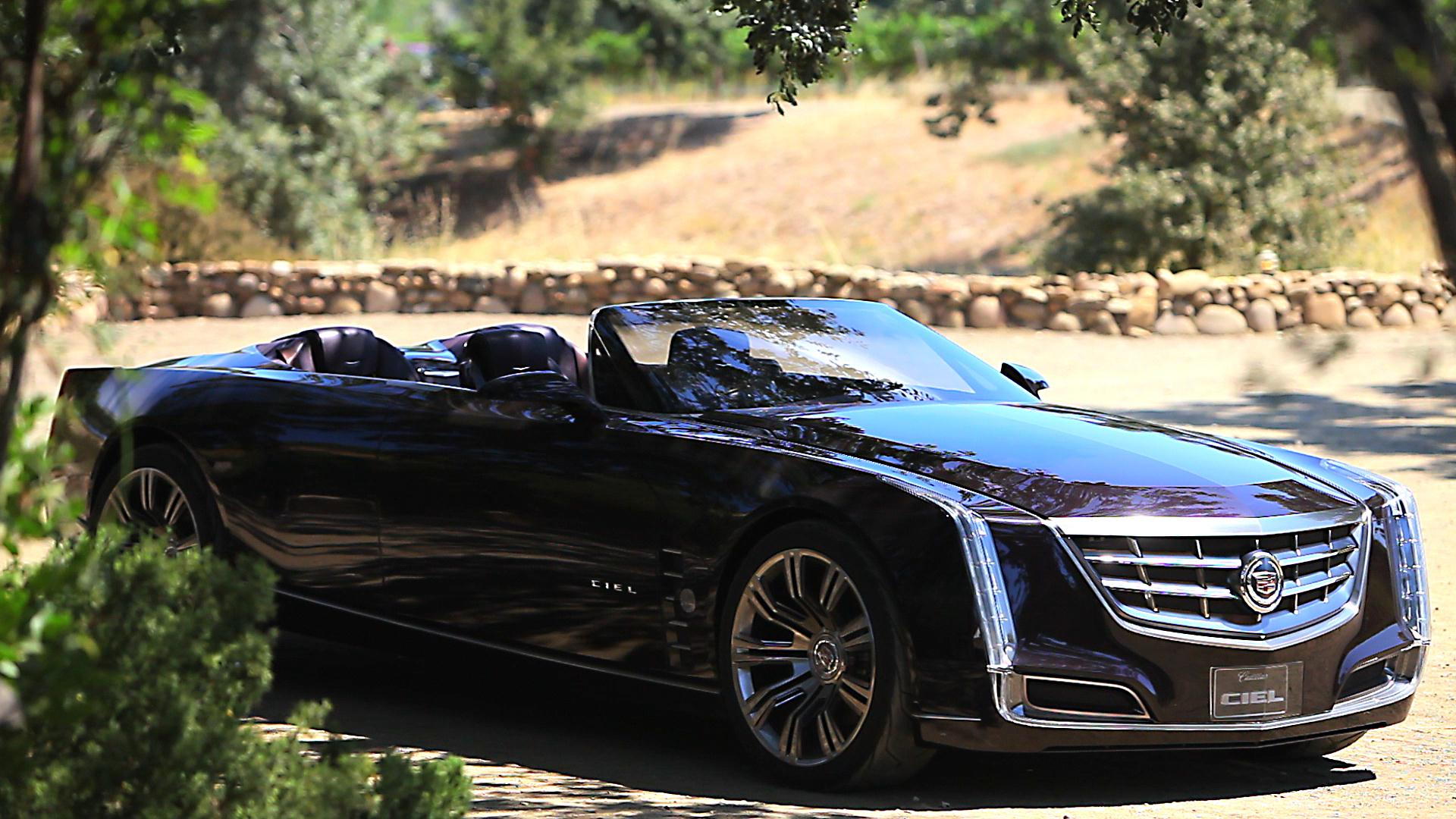 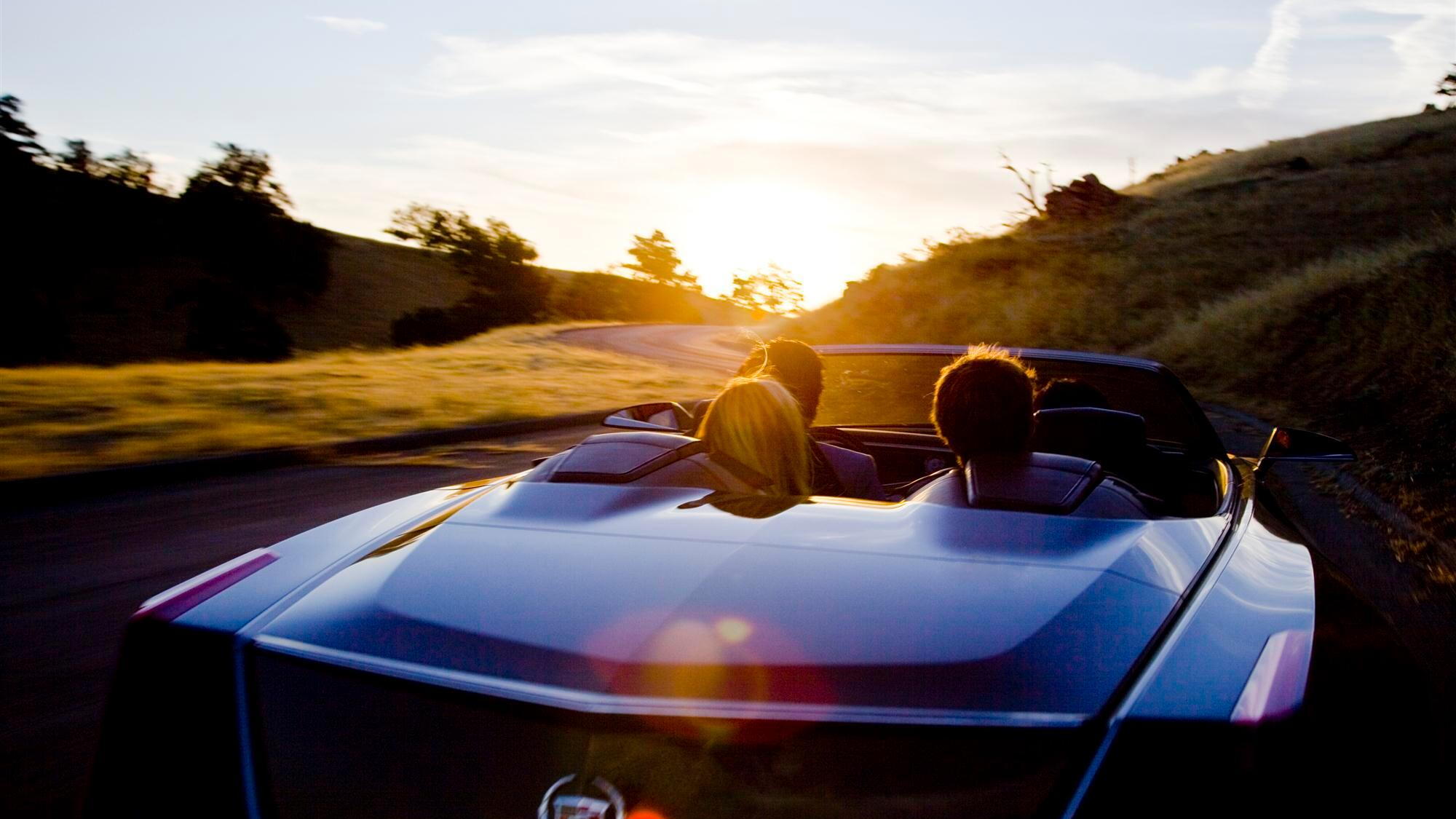 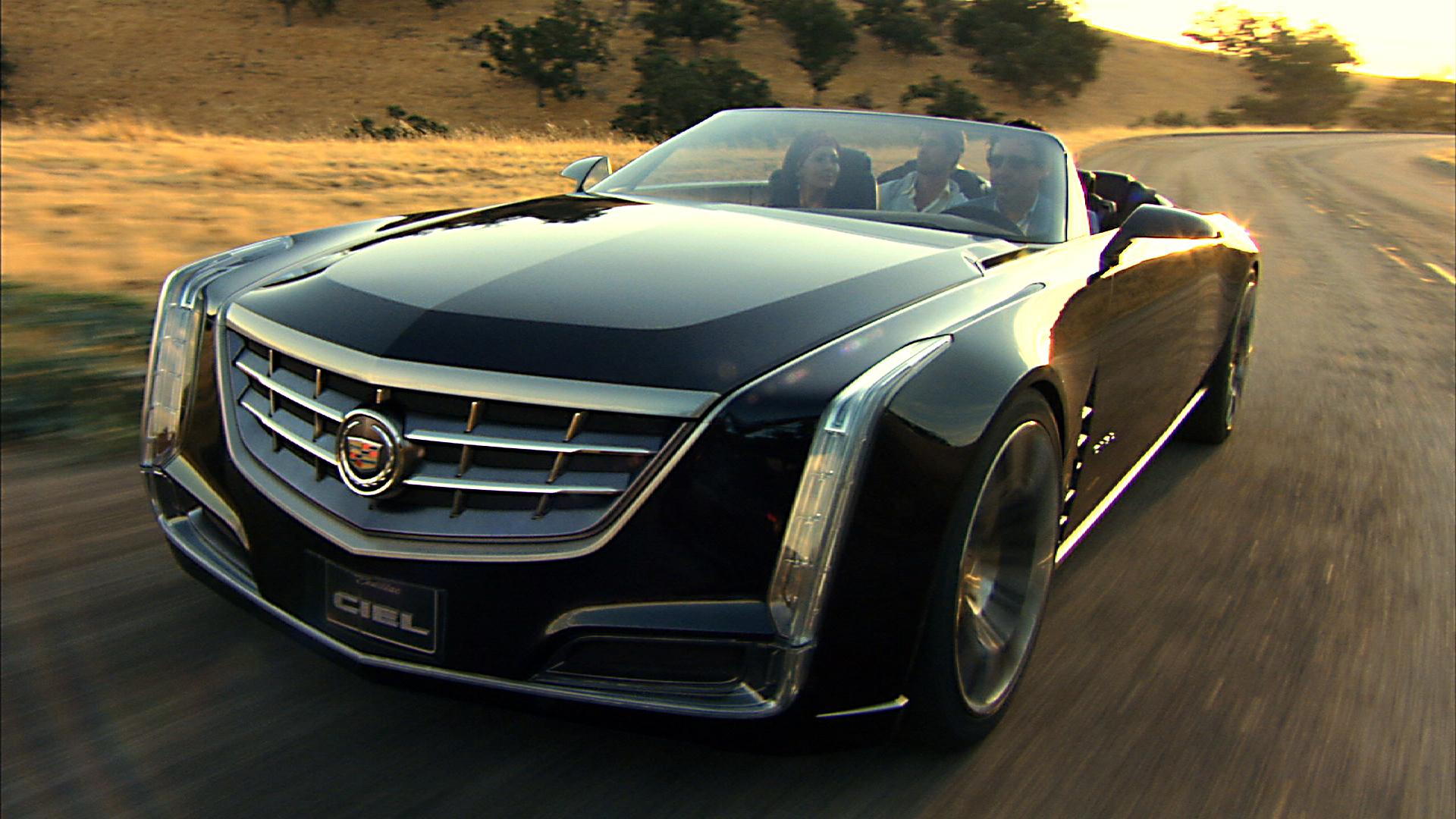 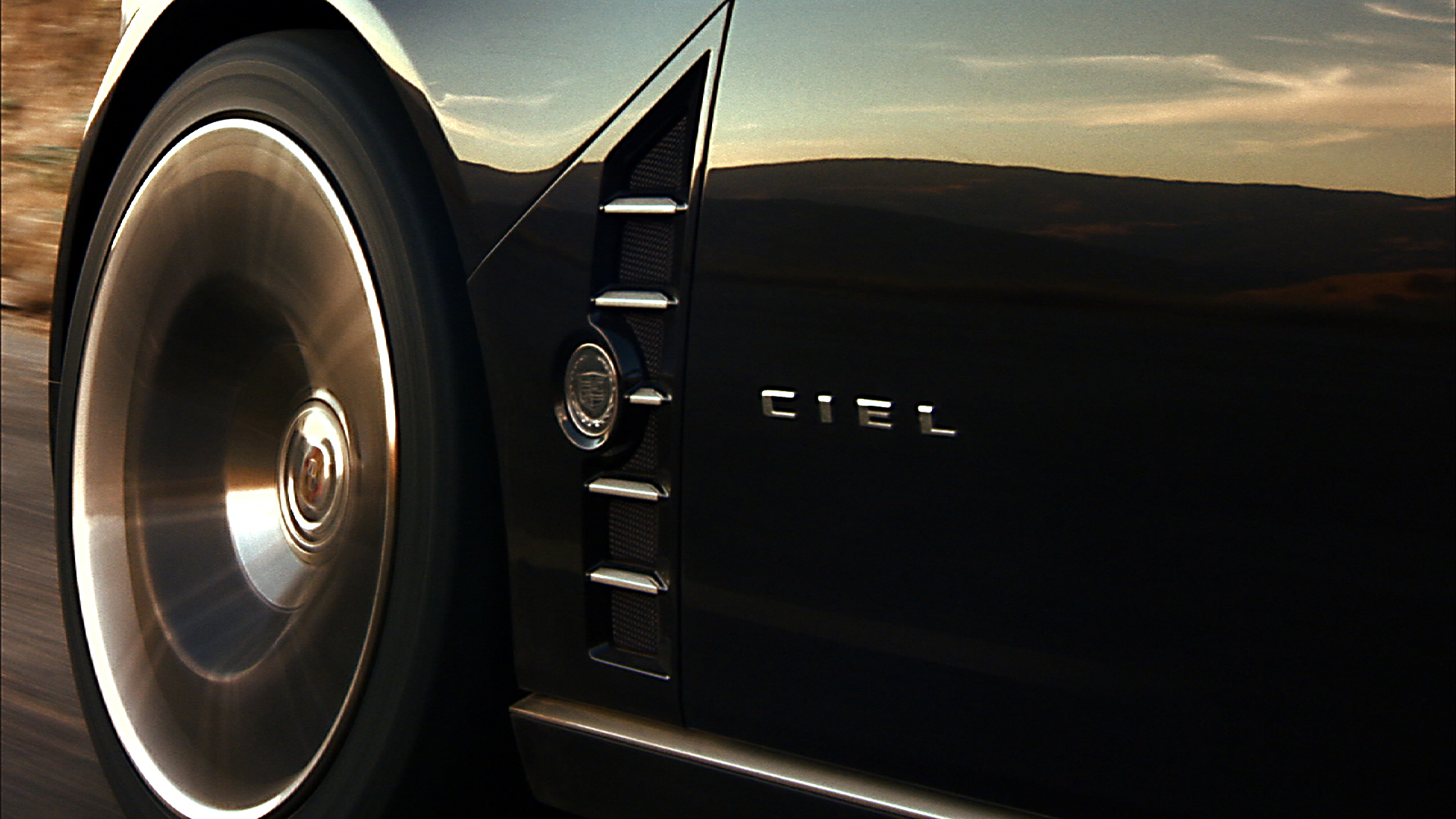 9
photos
At the end of this long evening of new concept and production vehicle unveilings comes the Cadillac Ciel. But is it enough to free us of the burdens of a long and busy day? Well, it certainly looks the part.

Named Ciel after the French word for the sky (and not far off the Spanish word, cielo, either), the concept car's name is pronounced "C-L," or, perhaps more elegantly, "see-el." However you pronounce it, the car speaks only the universal languages of design, structure, passion, and participation. The question is, do you like what it's saying?

Built to express Cadillac's self-image of "large, expressive luxury," the Ciel offers not just a car, but a vehicle for life's experiences, and the experience of the journey itself.

Still with us after the moonbeaming? Good. Here's what we know about the Ciel: It's a 425-horsepower, twin-turbocharged 3.6-liter V-6, 125-inch-wheelbase open-top cruiser for four--but it somehow manages a hybrid transmission with all-electric low-speed drive. It has an elegant tonneau cover that hides the soft top completely. Independent suspension at all four corners ensures a smooth ride and at least a degree of prowess, while 22x9-inch wheels add some bling to the otherwise somewhat retro exterior.

And, despite all of the concept-only verbiage and rather over-the-top details, it looks not entirely out of the realm of translation into production, given some generous tweaks. Cadillac has, after all, been talking about a flagship beyond the XTS sedan.

But we're no more sure this is that flagship than we are it's not simply a walk down memory lane, to a time when American land yachts ruled the road, when rockers, outlaws, and oil barons strapped bullhorns to their hoods and when men like Hunter S. Thompson kept their serious drug collections as fuel for depraved ether binges in their capacious trunks.

It's intended as an emotive concept, to spark hearts before minds, and to catch the eye of those with perhaps more than a hint of rosy nostalgia running through their veins. Yet at the same time, the Ciel incorporates much of the brand's proven Art & Science design cues, though perhaps focusing on the "art" end of the spectrum more than usual.

Many cues to the past can be found in the Ciel, and not just in its long decks and four-seater convertible layout. The exterior paint, for instance, isn't all on the outside: some of it rolls over onto the door tops, a memory of a time when parts of a car's interior were, in fact, painted metal as stamped in the factory. Trim elements come inside the cabin as well, with nickel-plated trim dividing the two-tone passenger space. Italian olive wood, machined aluminum, and hand-tipped leather give nods even further back in time and farther afield, bringing Old World sensations and style.

We kind of expect all of this to fall neatly into place, but right now, it's all just piling up on the desk, a jumble of incongruent reference frames and half-jotted notes. But our desk is covered in many such piles, and that is, in a way, an expression of life.

The new question, then, is whether we can straighten this pile out in our mind to something that works, that lives itself, or if it's just a bunch of discarded ideas, some better or worse, all to be binned as we move on to the next project.

We'll get back to you in the morning. In the mean time, enjoy the gallery.