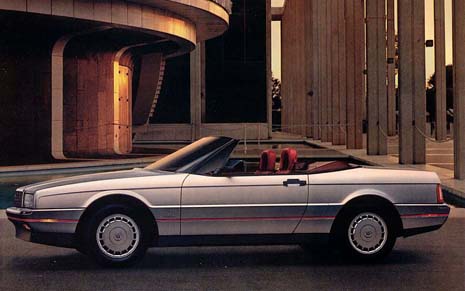 We just honored--if that's the word--a Cadillac with Guilty Pleasure status a few weeks back, but I've been thinking about the fantastic expense racked up by GM by flying the Allanté's Pininfarina-built bodies from Italy to Detroit in modified-for-the-purpose 747s... and the miserable (yet totally predictable) failure of the resulting car in the marketplace.

Automotive writers sneered at its front-wheel drive configuration and antiquated HT-4100 engine design, but Cadillac's core purchasing demographic (i.e., wealthy Arizona octogenarians) didn't care about that. What they cared about was that the new Cadillac roadster cost close to 60 grand yet weighed less than two tons, plus it looked like foreigners had designed it.

So, hardly anyone bought Allantés. These days, they're reasonably affordable (though not as cheap as Chrysler's similar-concept TC By Maserati), and I can't help but want one on the (very rare) occasion that I catch sight of a street-driven example. 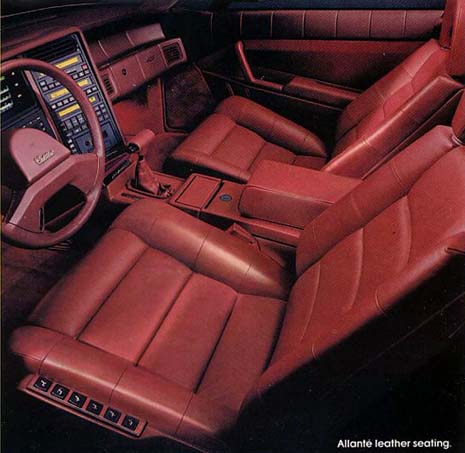 Why? A combination of weirdly compelling good looks and ironic appreciation of GM-squanders-another-billion stories. Sure, it's damn near impossible to find body and interior components these days, but at least the drivetrain components are valued at scrap-steel prices.