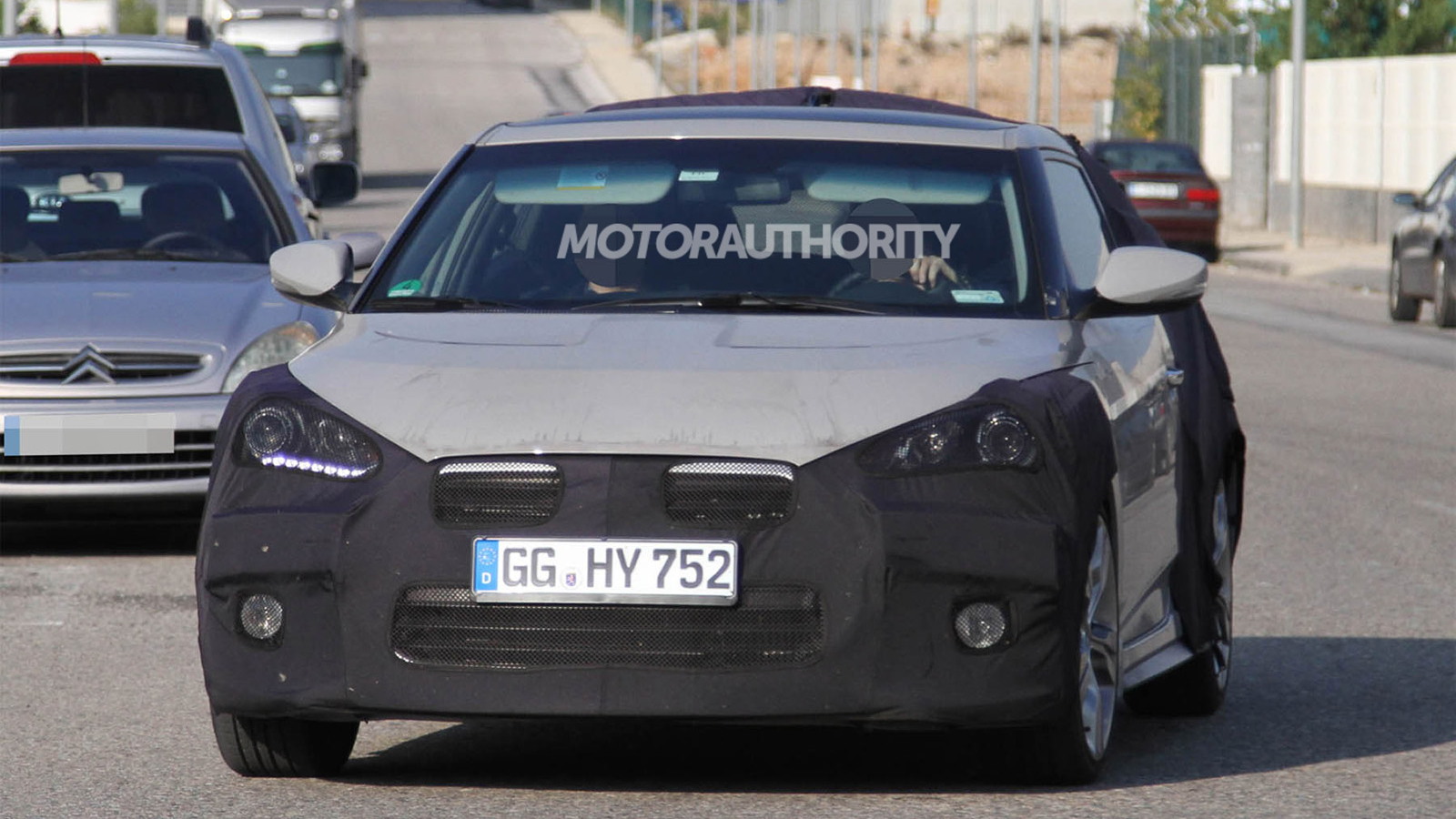 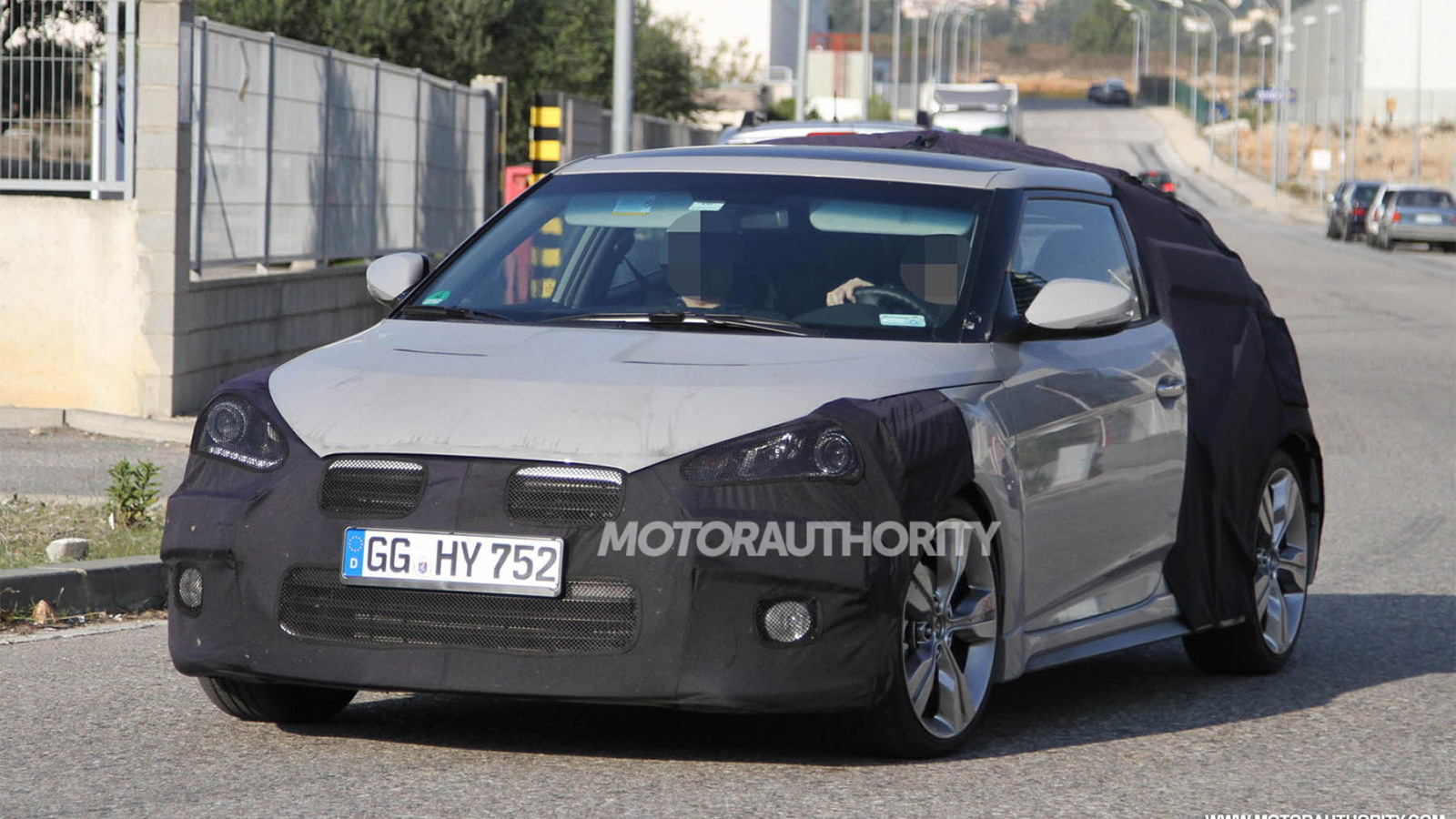 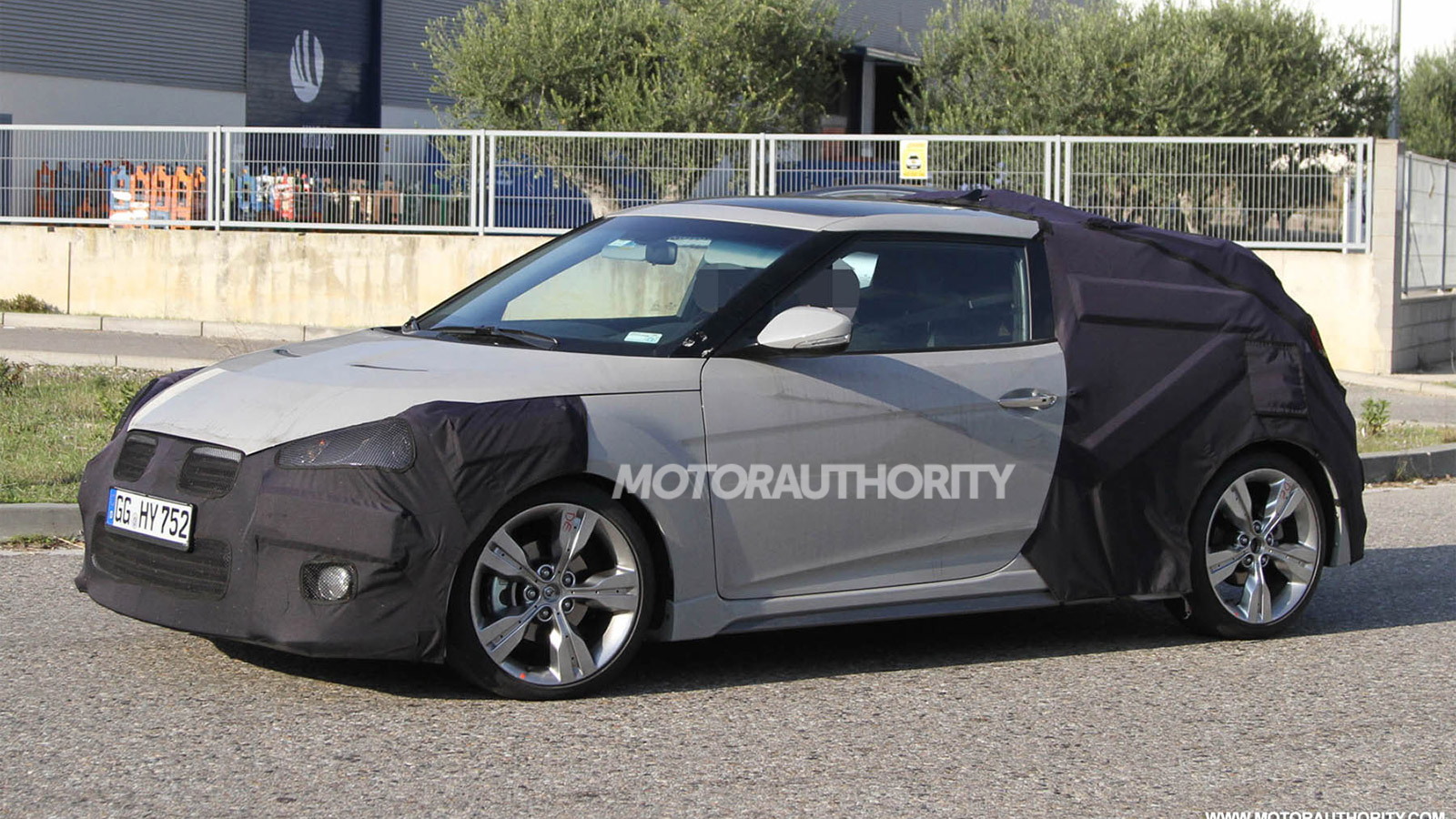 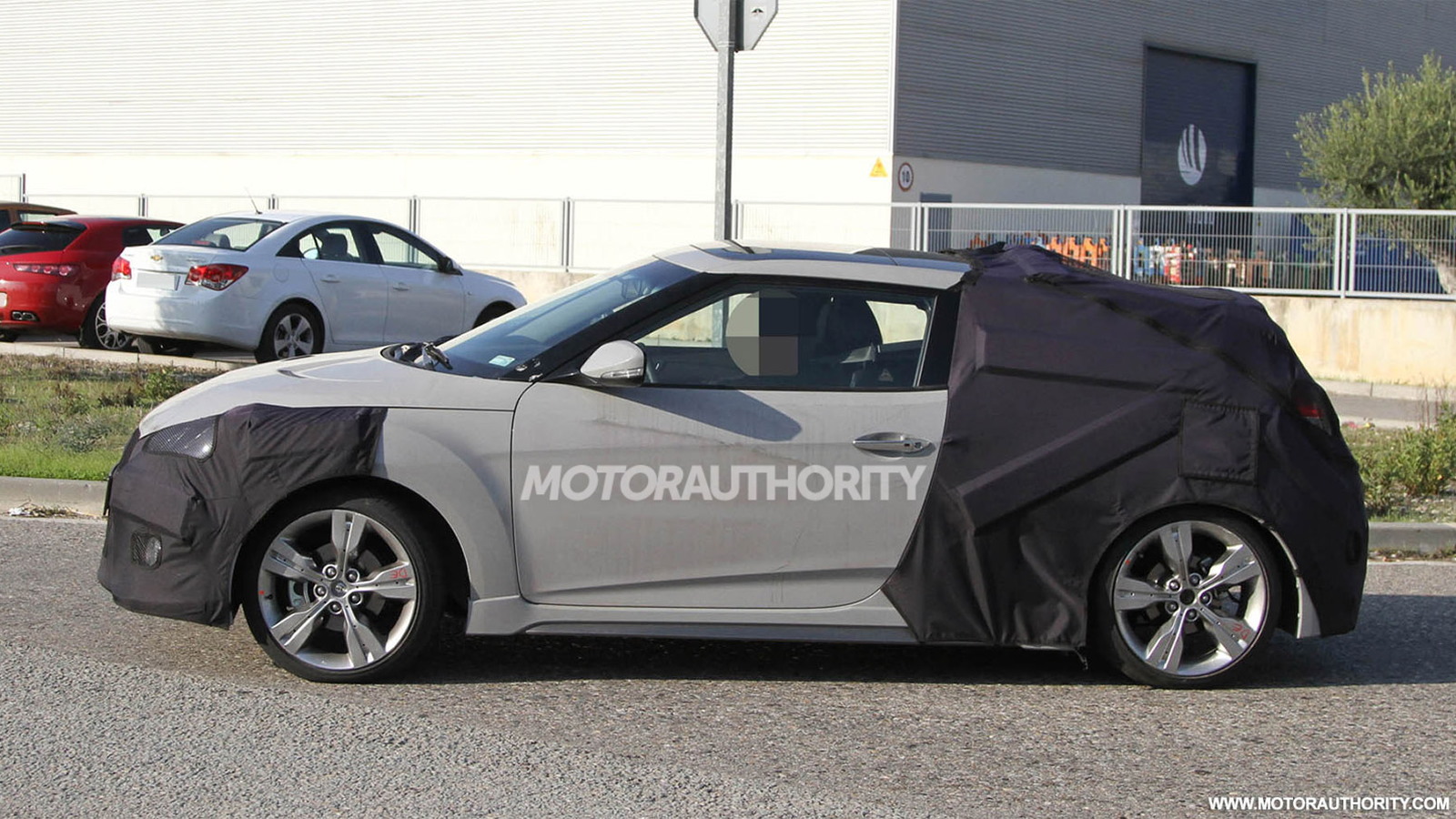 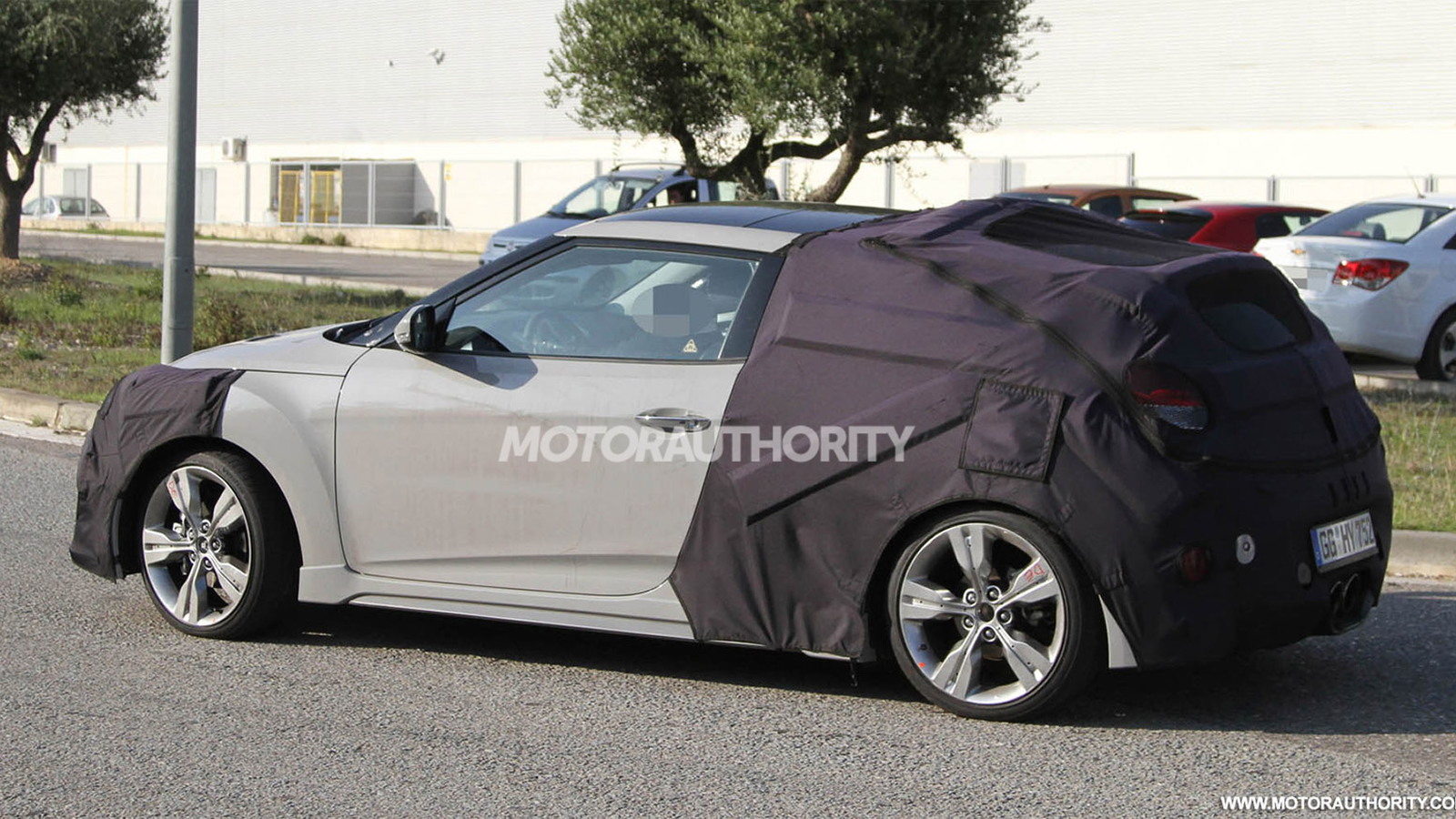 15
photos
One of our sleuth spy photographers has caught the upcoming turbocharged version of the Hyundai Veloster sports coupe undergoing final testing in several locations around Europe.

Its sighting reaffirms Hyundai U.S. chief John Krafcik’s comments that the 2013 Hyundai Veloster Turbo will debut at the 2012 Detroit Auto Show next January.

It will share the spotlight with another anxiously awaited Hyundai product, the refreshed 2013 Hyundai Genesis Coupe.

The prototype also appears to pick up a new exhaust system, with circular dual tips replacing the squarer shaped ones on the standard model. Aggressively styled bumpers and flared wheel arches also dominate the prototype. Expect huge intakes and a nasty exhaust growl to accompany the new Veloster Turbo when it finally arrives.

Hyundai isn’t giving us release dates just yet but we’d expect to see the turbocharged Veloster on dealer lots by mid-year 2012. In the meantime, click here for all the details on the regular 2012 Hyundai Veloster.