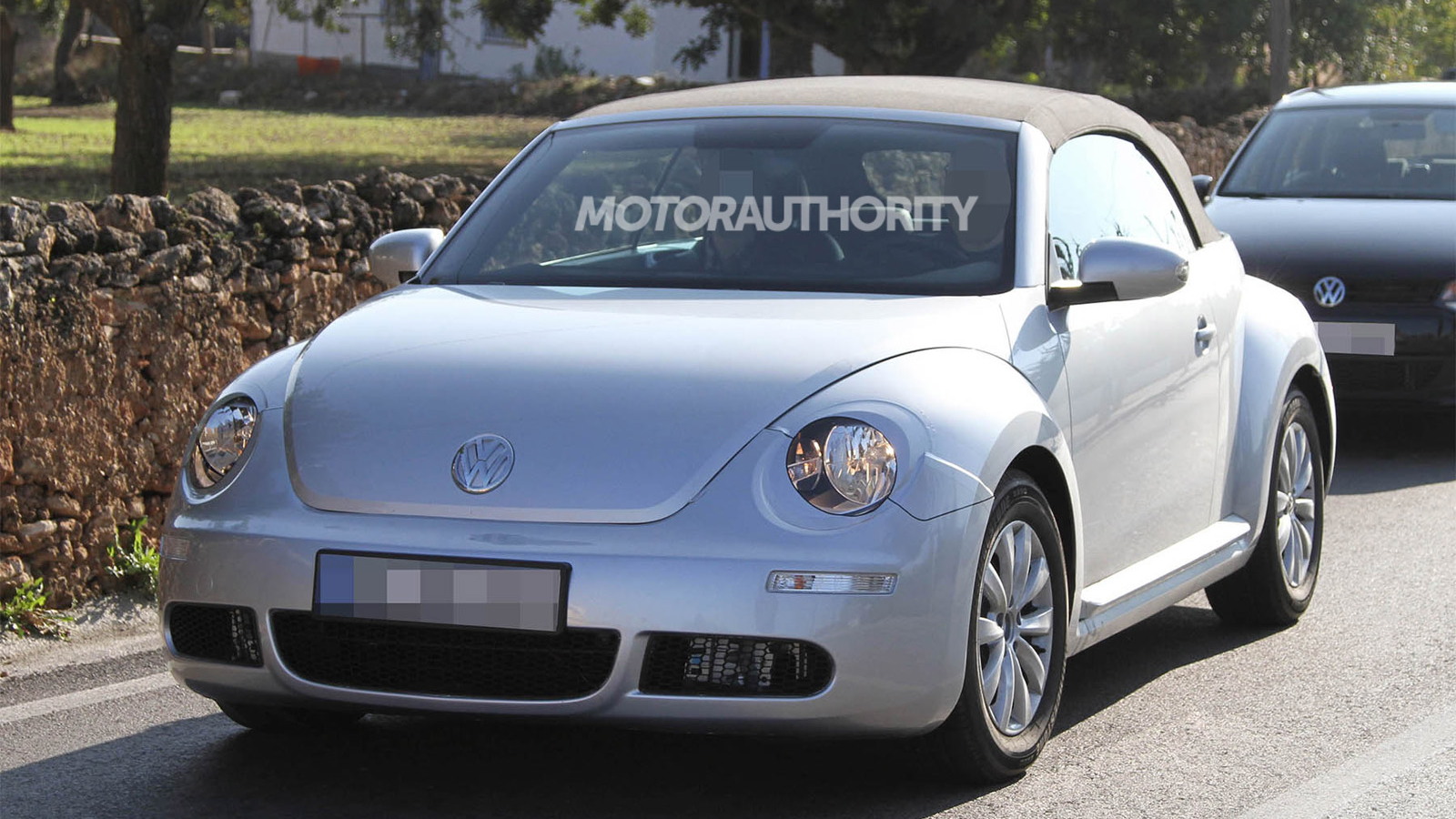 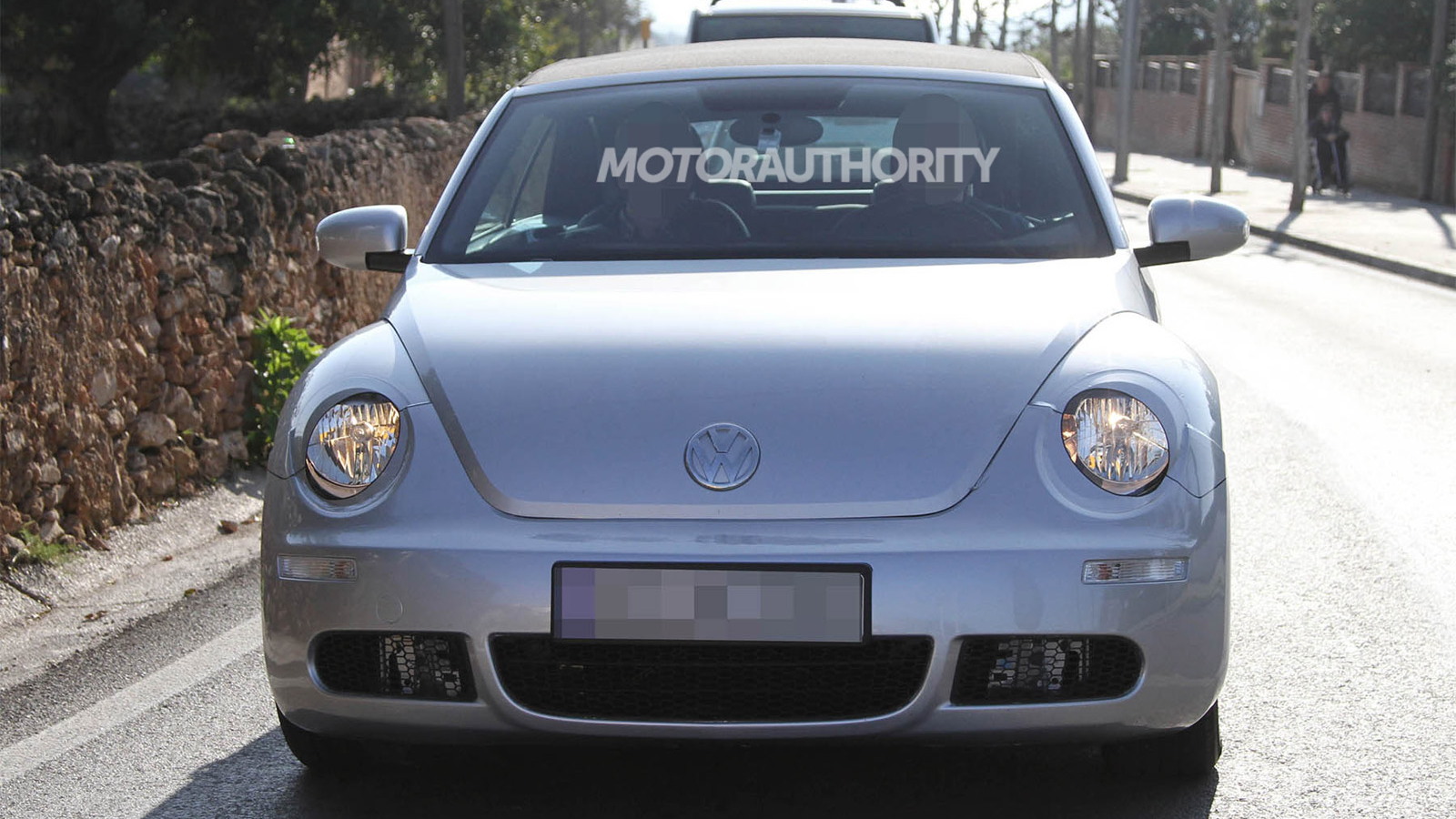 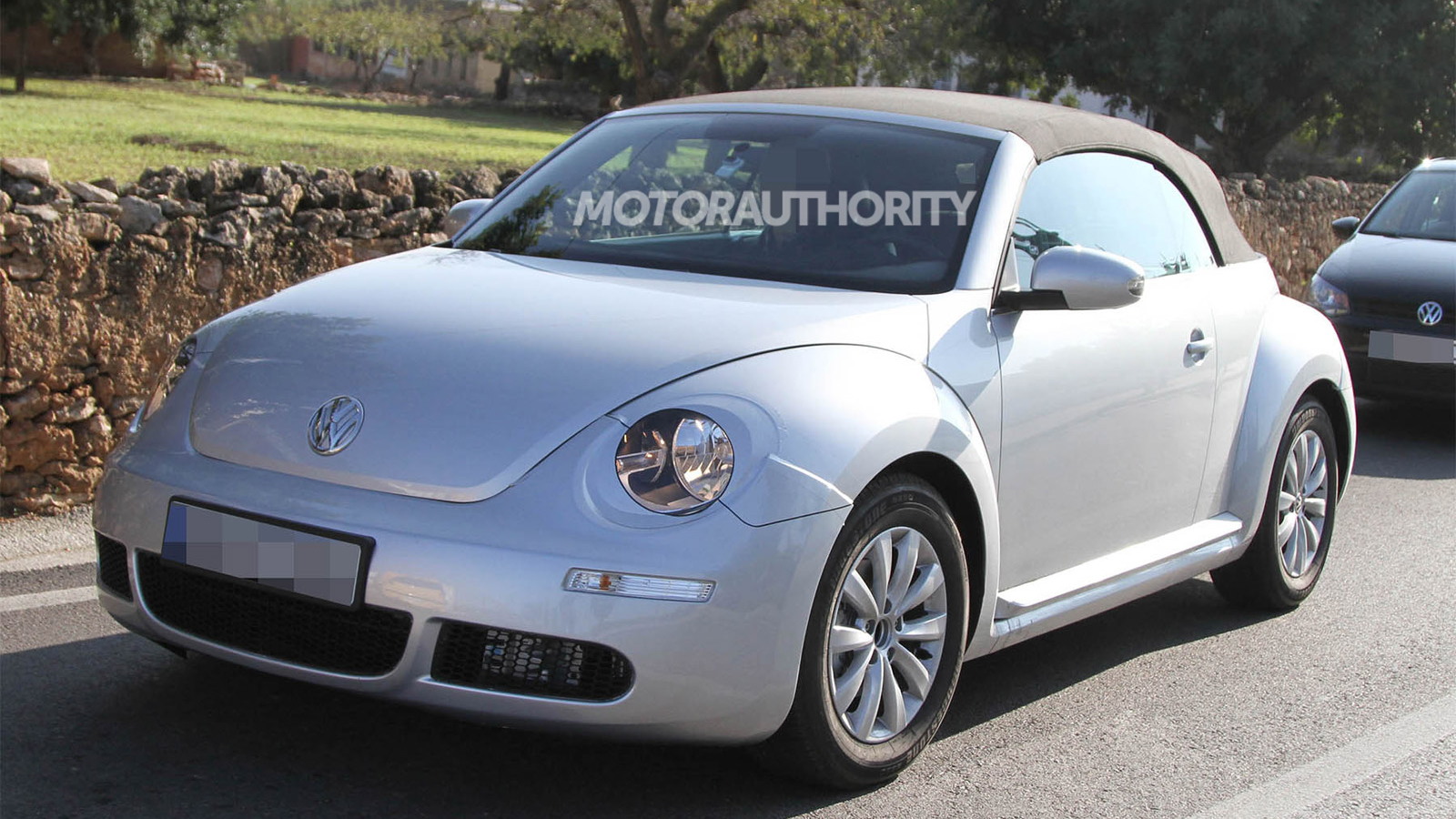 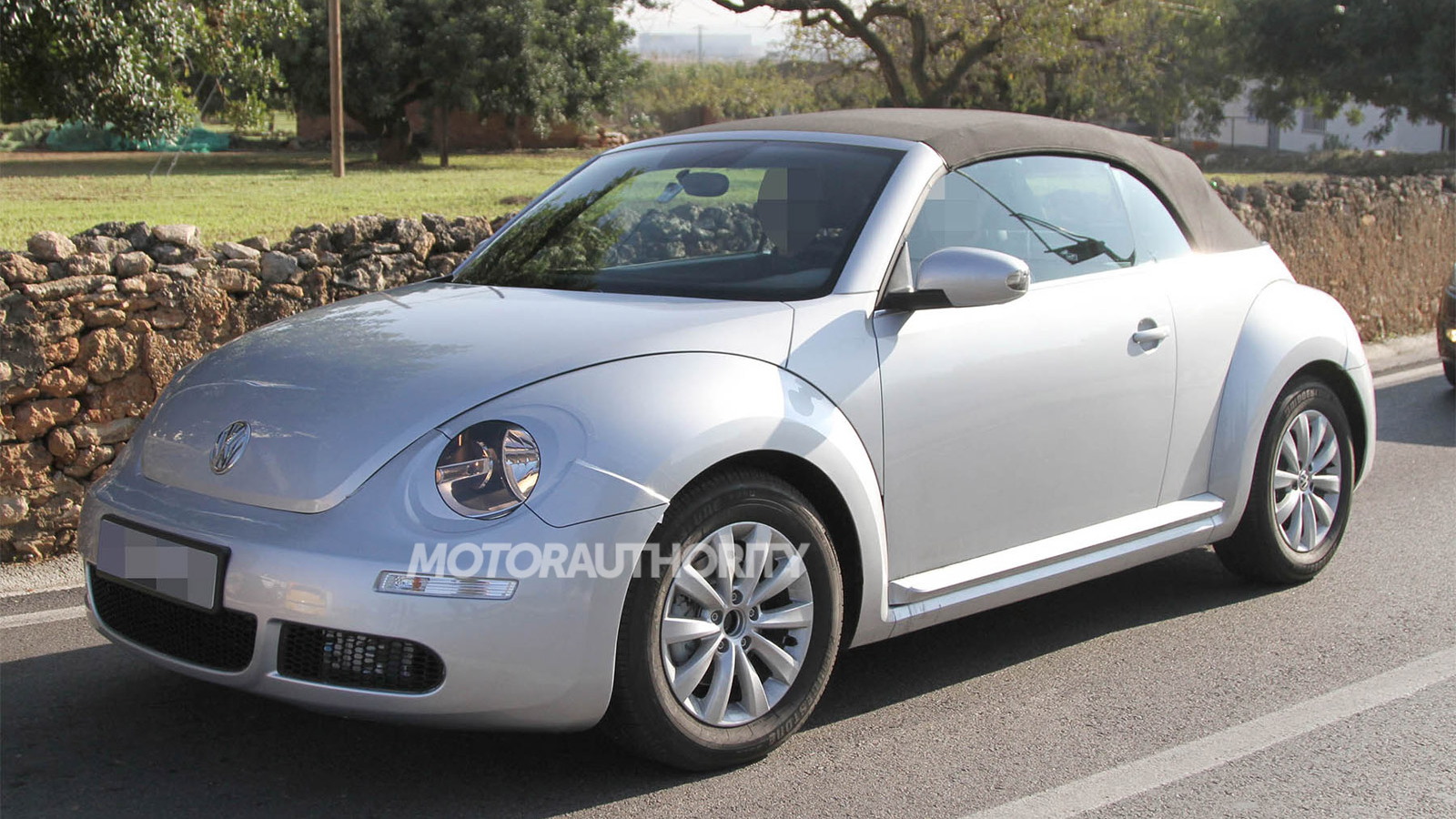 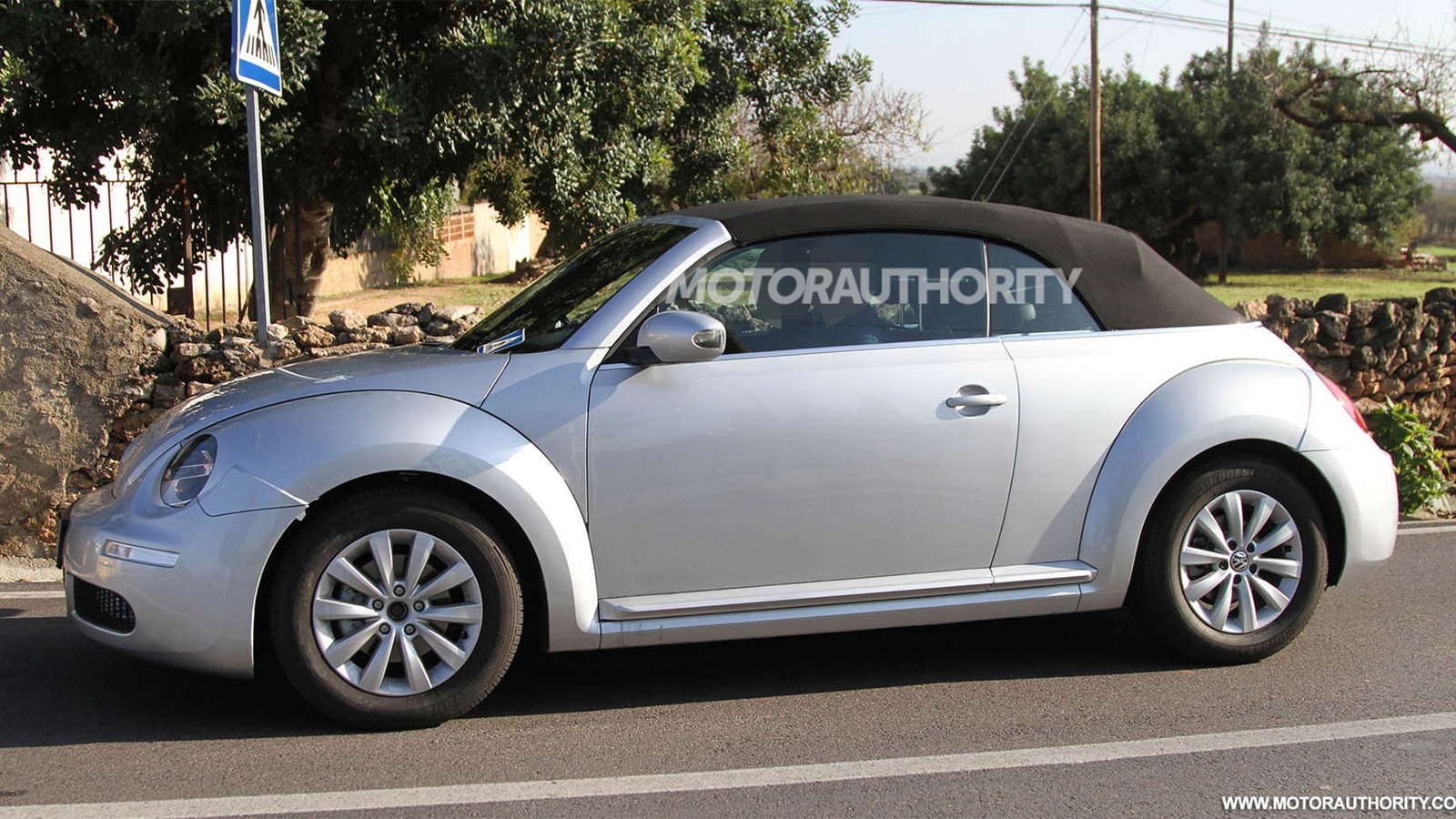 12
photos
The new 2012 Volkswagen Beetle has been winning fans all over the globe since its launch earlier this year, and this despite only the hard-top model having been revealed.

However, as we saw with the previous generation ‘New Beetle’, sales of the convertible are just as important as those of the coupe and in some years were actually the higher of the two.

In fact, from 2003 to 2005, the New Beetle Convertible was the more popular choice, with sales managing to peak at 24,255 units in 2003, its first full year of sales. Understandably, Volkswagen will be keen to launch the convertible version of its latest Beetle, which is scheduled to launch on the market next spring as a 2013 model.

As these latest spy shots reveal, the 2013 Volkswagen Beetle Convertible will once again feature an automated folding soft-top and a completely flat waistline. Don’t be fooled by the previous generation bumpers on this prototype either, as the new Beetle Convertible should get the more aggressive look seen on the hard-top.

Look out for the debut of the 2013 Volkswagen Beetle Convertible at an auto show early next year, with sales to start just in time for the summer. Pricing should be only slightly higher than the hard-top, which lists from $19,765.

Note, Volkswagen is also waiting until next spring to launch its diesel version of the latest Beetle, the Beetle TDI. This fuel friendly model will be offered in either coupe or convertible bodystyles and will come with a 2.0-liter turbodiesel engine rated at 140 horsepower and 236 pound-feet of torque. Fuel economy is a claimed 29/40 mpg city/highway.