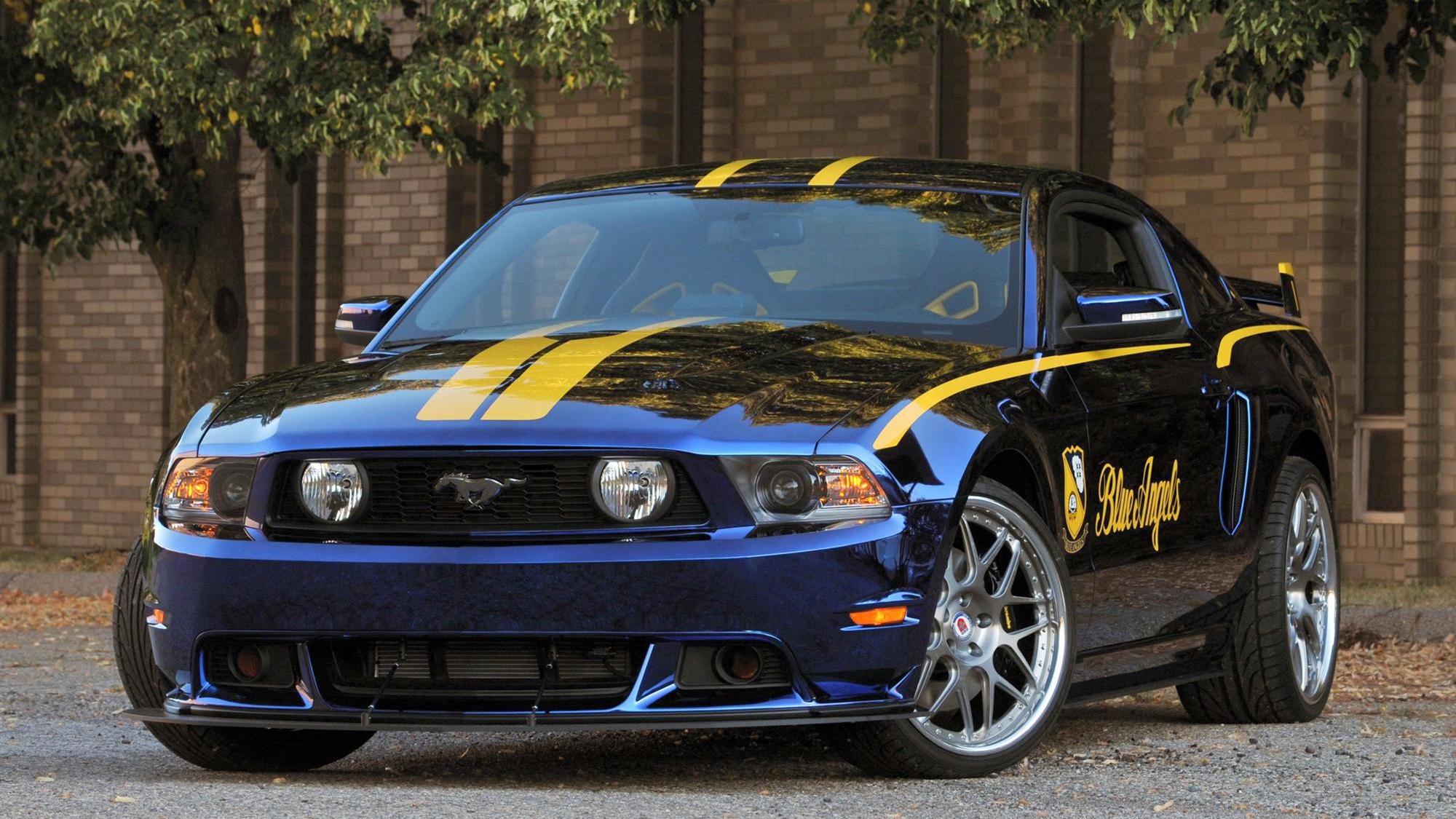 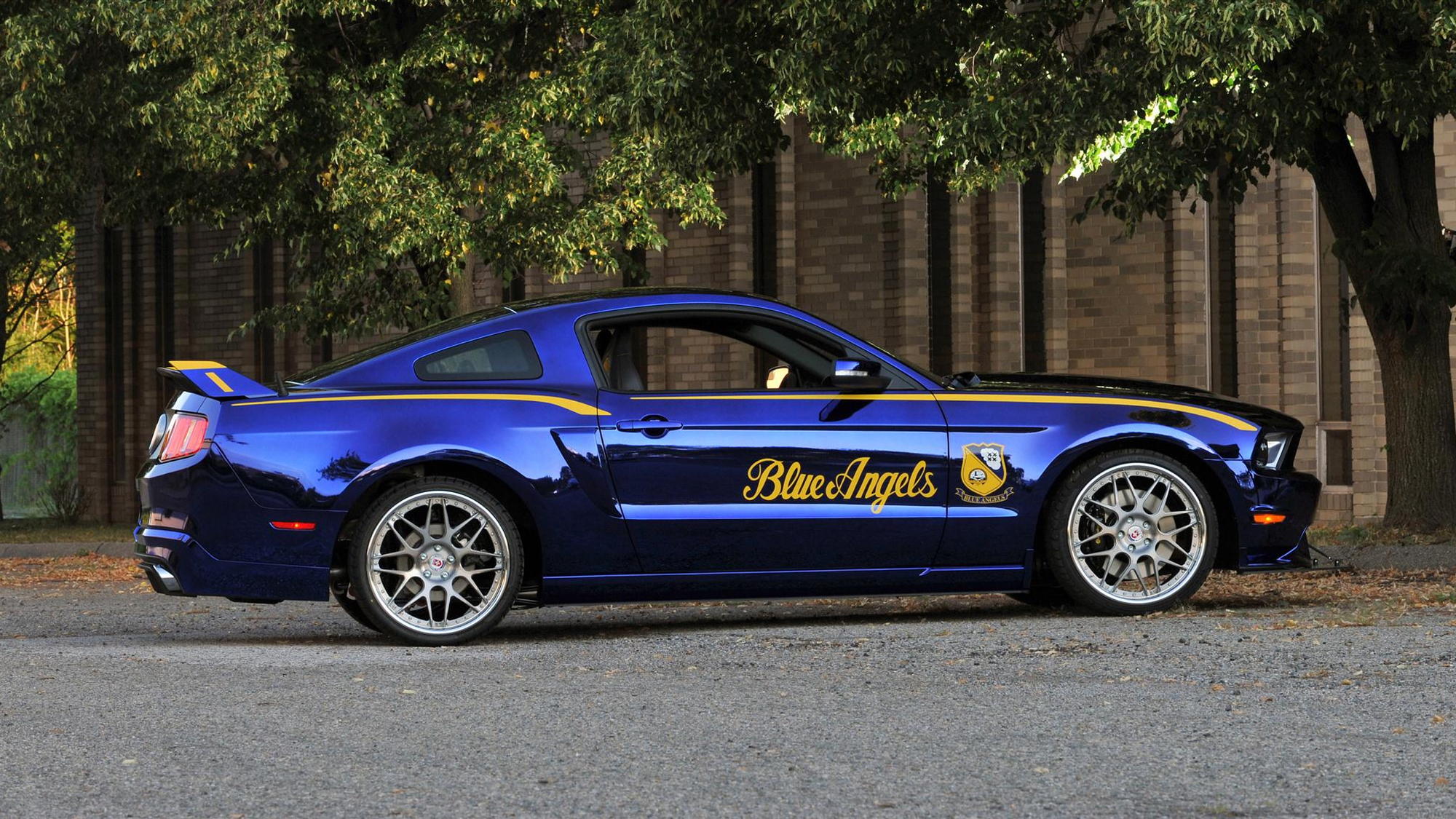 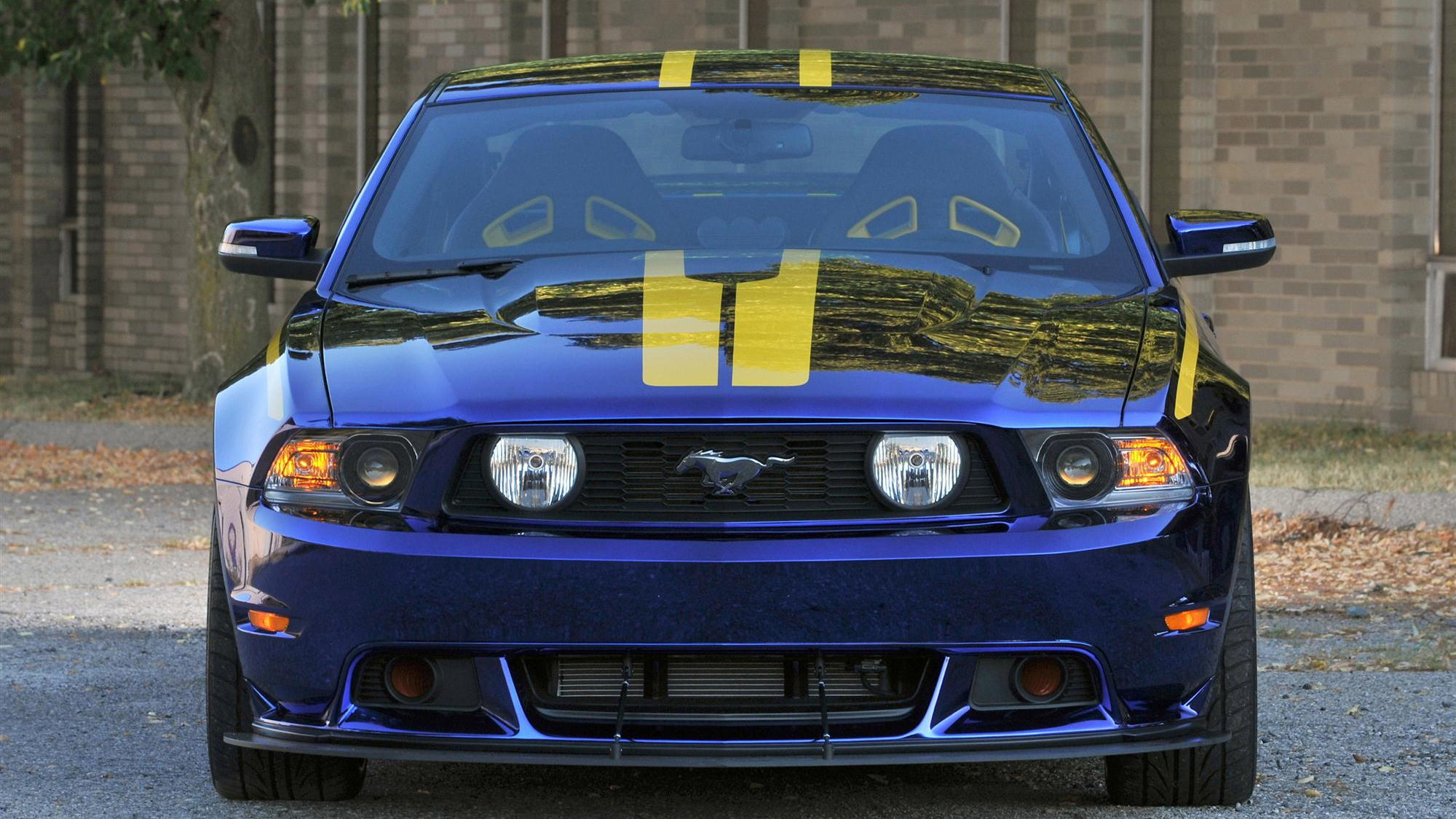 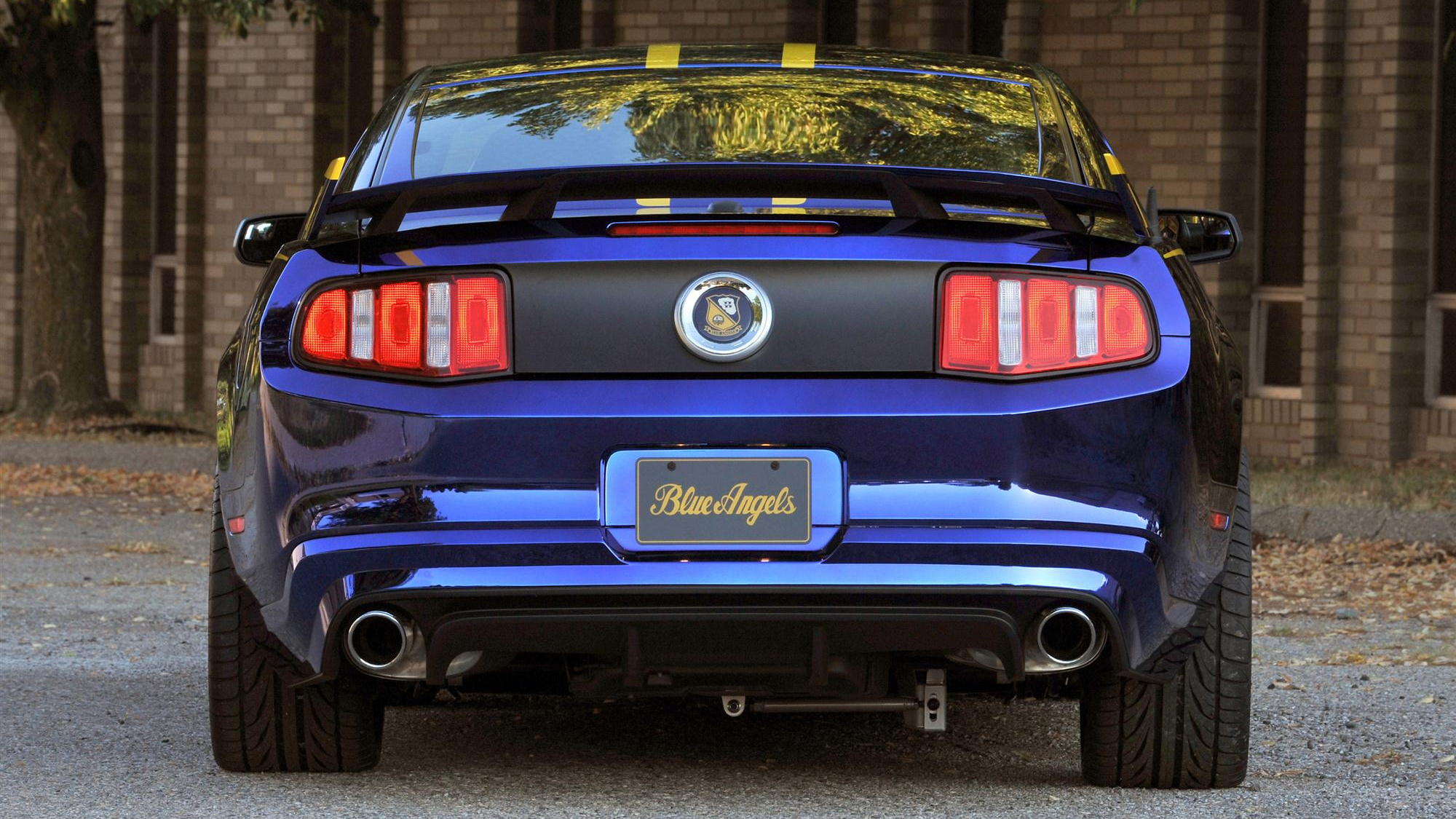 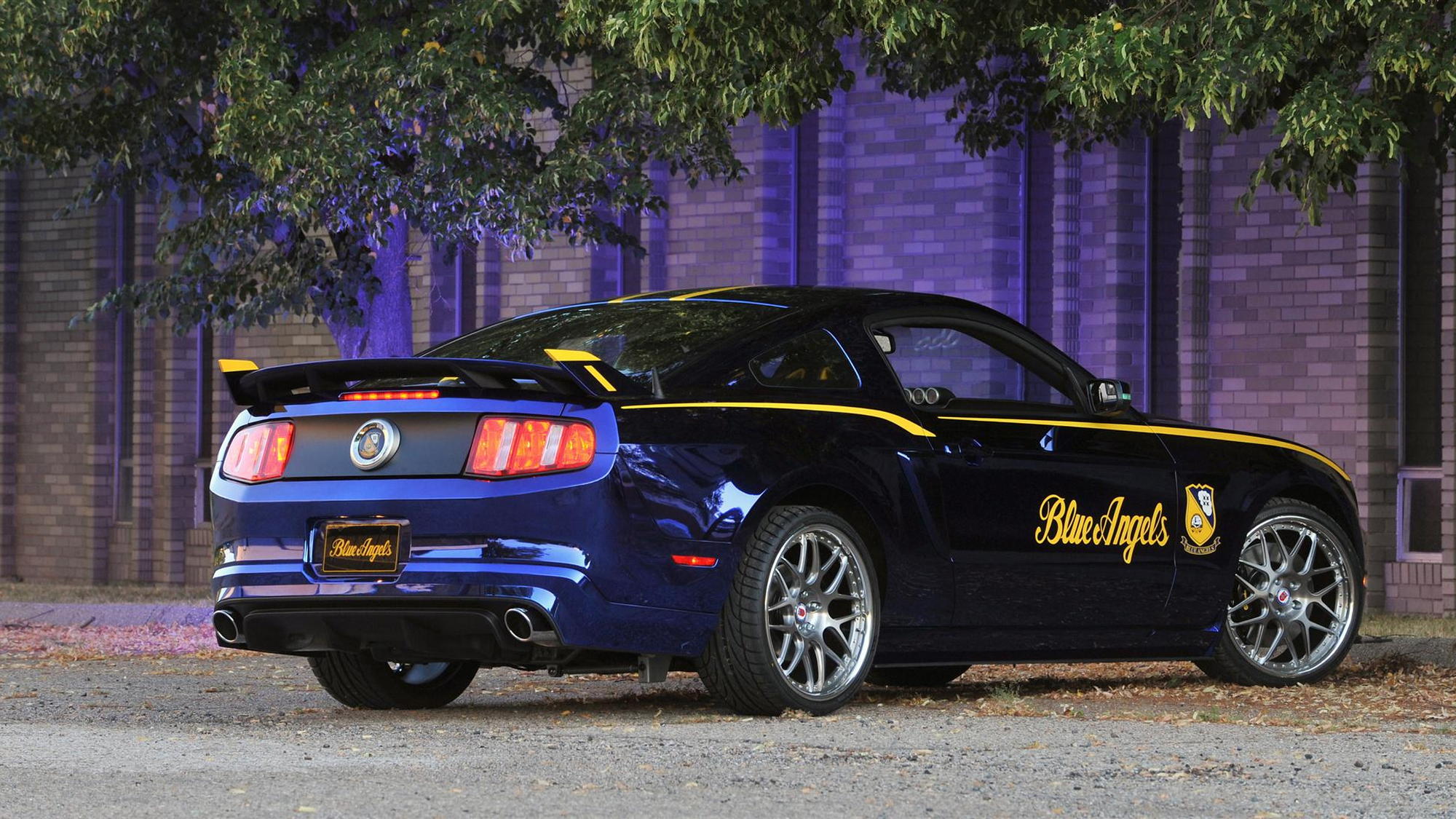 Every summer since 2006, Ford has teamed up with the EAA AirVEntures Young Eagles organization to build a special-edition Mustang that's sold at auction to help promote the Young Eagles' mission of introducing and fostering a love of flight to young people. This year's car is built on a Blue Angels theme.

Like the aircraft aerobatics team it's named after, the Blue Angels Mustang GT is stunning. The deep, liquid blue finish, "screaming yellow" accents, unique rear wing, and special wheels come together to not only pull off the Blue Angels theme, but highlight the strengths of the Mustang's design as well.

Under the hood, the Blue Angels Mustang is fierce: a Ford Racing 5.0-liter V-8 gets a supercharger that cranks output to 624 horses. The car also gets a Ford Racing handling pack, performance exhaust, and track-rated  brakes.

Inside, the car gets special Recaro racing seats, Blue Angles insignia and embroidery, screaming yellow accents, offset stripes inspired by pilot flight suits, plus unique graphics on the gauges, navigation screen, safety belts, and instrument panel. The rear seat is deleted and replaced with a cross-brace, stiffening the chassis for performance driving. Blue Angels sill plates and puddle lamps that project jet images when the doors open finish off the treatment.

In addition to benefiting the Young Eagles, the car is designed to pay tribute to 100 years of naval aviation, which is the the theme of this year's week-long AirVenture 2011 program July 25-31 in Oshkosh, Wisconsin.

The car will be up for auction during the middle of the week, on July 28. Since 2006, the Ford vehicles auctioned to benefit the Young Eagles have brought in a total of $1.3 million.