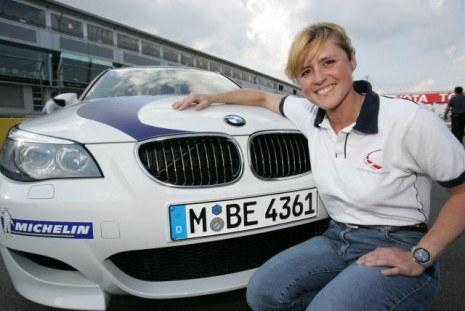 One of the Nurburgring Nordschleife’s living legends, ‘Ring Queen Sabine Schmitz, will no longer be offering enthusiasts the chance to ride shotgun with her in a BMW M5 around the famous German circuit as she, along with the current BMW M5 ‘Ring Taxi’, are retiring from service.

The Ring-Taxi service will still be available, though the car is being downgraded from the soon-to-be superseded E60 M5 to an E90 M3 Sedan. And performing the driving duties will be instructors from the BMW Driving Experience program, though that’s been the case most of the time anyway as Schmitz was only available for Ring-Taxi duties infrequently.

After lapping the Nurburgring more than 20,000 times in her lifetime, it’s safe to say Schmitz probably knows the track better than anyone else in the world. You can catch a video interview with Sabine Schmitz in our previous post by clicking here.

As for the Nurburgring itself, the organization responsible for the site is still sitting on a debt pile ranging into the hundreds of millions of dollars. For more on the issue, click here.