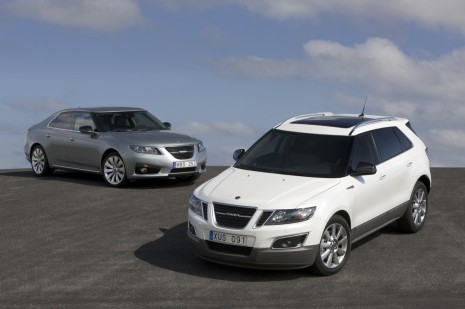 Saab has a trio of decent products now in showrooms, the latest-generation 9-5, a brand new 9-4X crossover and the recently updated 9-3, although the latter is soon to be replaced by a completely redesigned model next year. But given the brand’s lack of stability over the years, including a serious lack of funds, consumers understandably have not been flocking to Saab showrooms, either here in the U.S. or overseas.

The funding situation got so severe that Saab was forced to stop production at its main plant in Trollhättan, Sweden on April 6 as the company could not afford to pay all its suppliers on time. Now, less than two months down the track, Saab has a potential savior in the form of Chinese vehicle distributor Pang Da Automobile Trade Co Ltd.

With the backing of its Chinese savior, Saab was able to finally restart production at its main Swedish plant late last week, but for how long remains to be seen.

Saab will now focus on building and delivering thousands of cars ordered by customers around the globe, including almost 1,300 cars that were ordered by Pang Da and for which it paid $42 million up front. This was part of the deal Saab came to agreement with Pang Da, which also includes the sale of an additional $21 million worth of Saab cars further down the track and the eventual sale of a 24 percent stake in Saab to Pang Da for approximately $92 million.

Finalizing the deal still requires a lot of work and could easily fail as we saw recently with Hawtai since it requires approval from a number of important stakeholders including the Chinese government, the European Investment Bank and even former Saab parent GM.