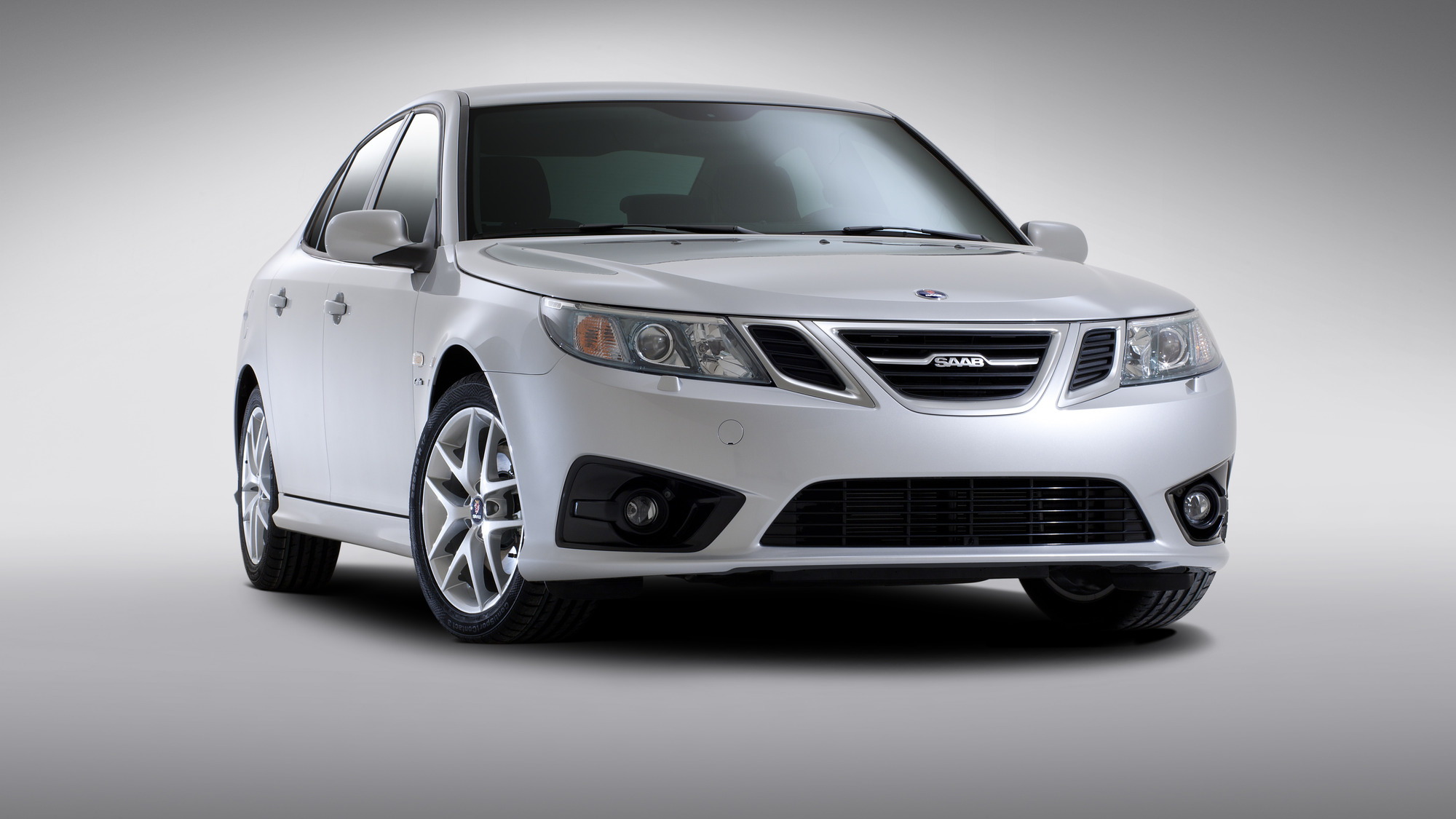 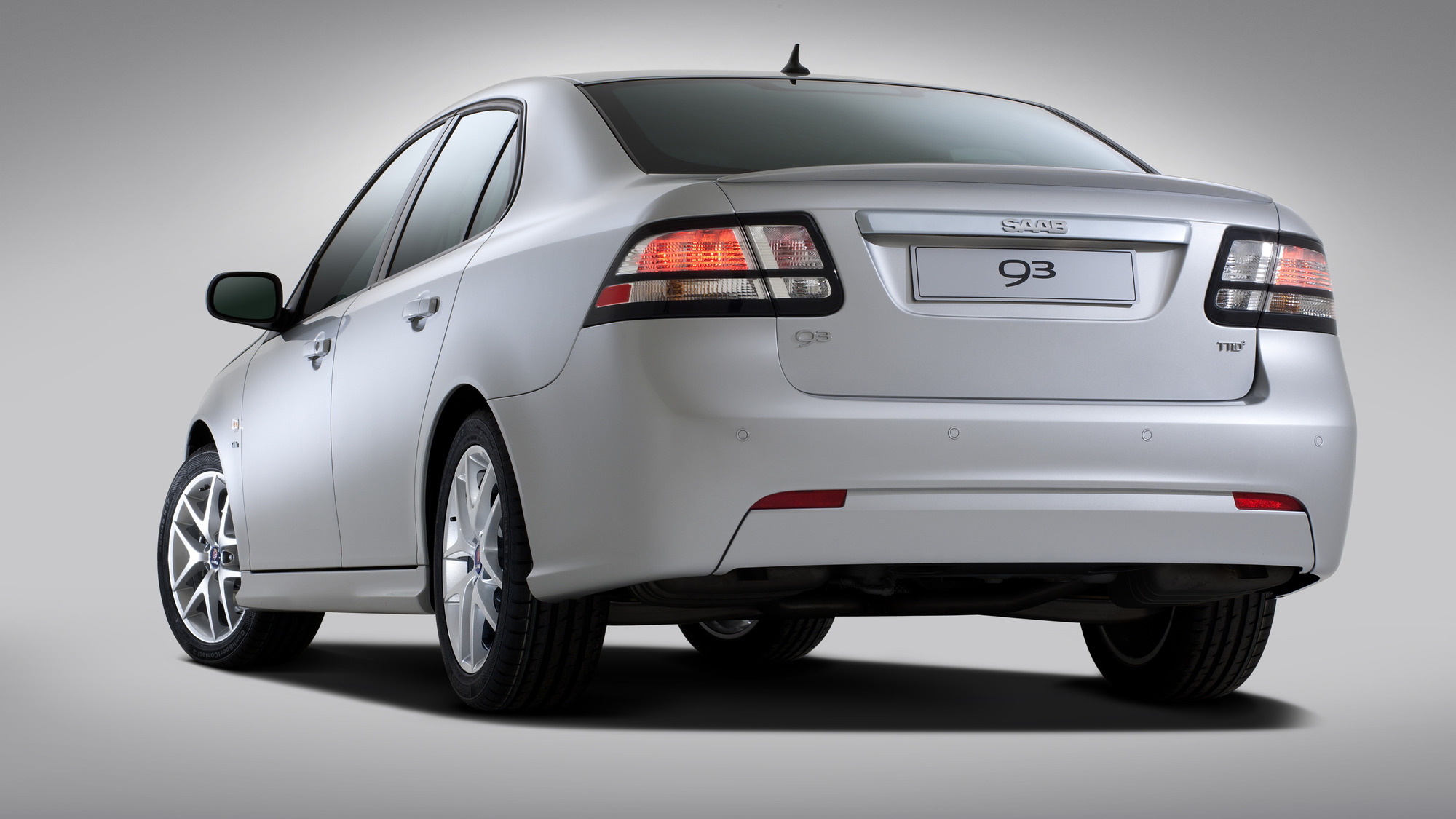 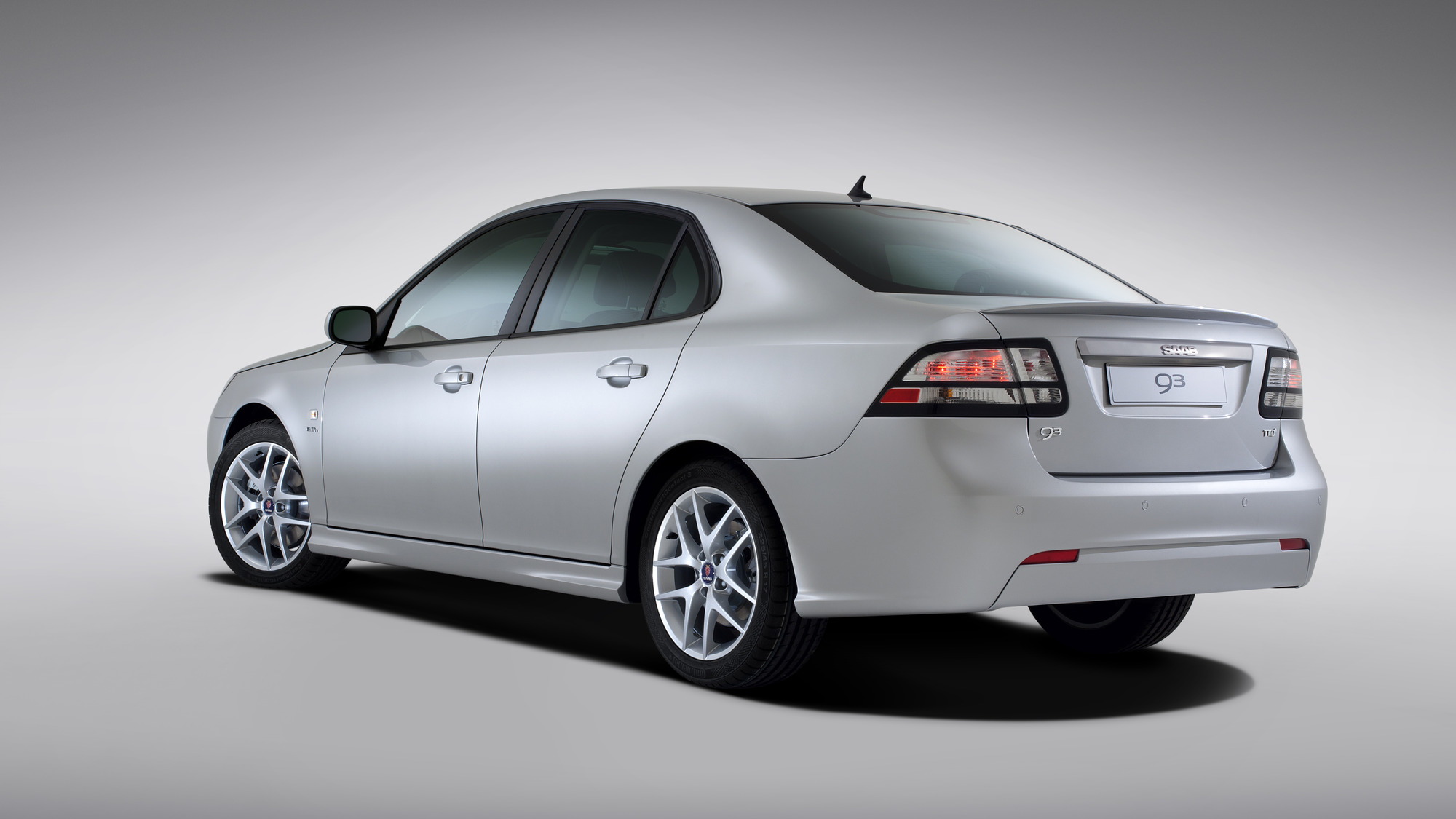 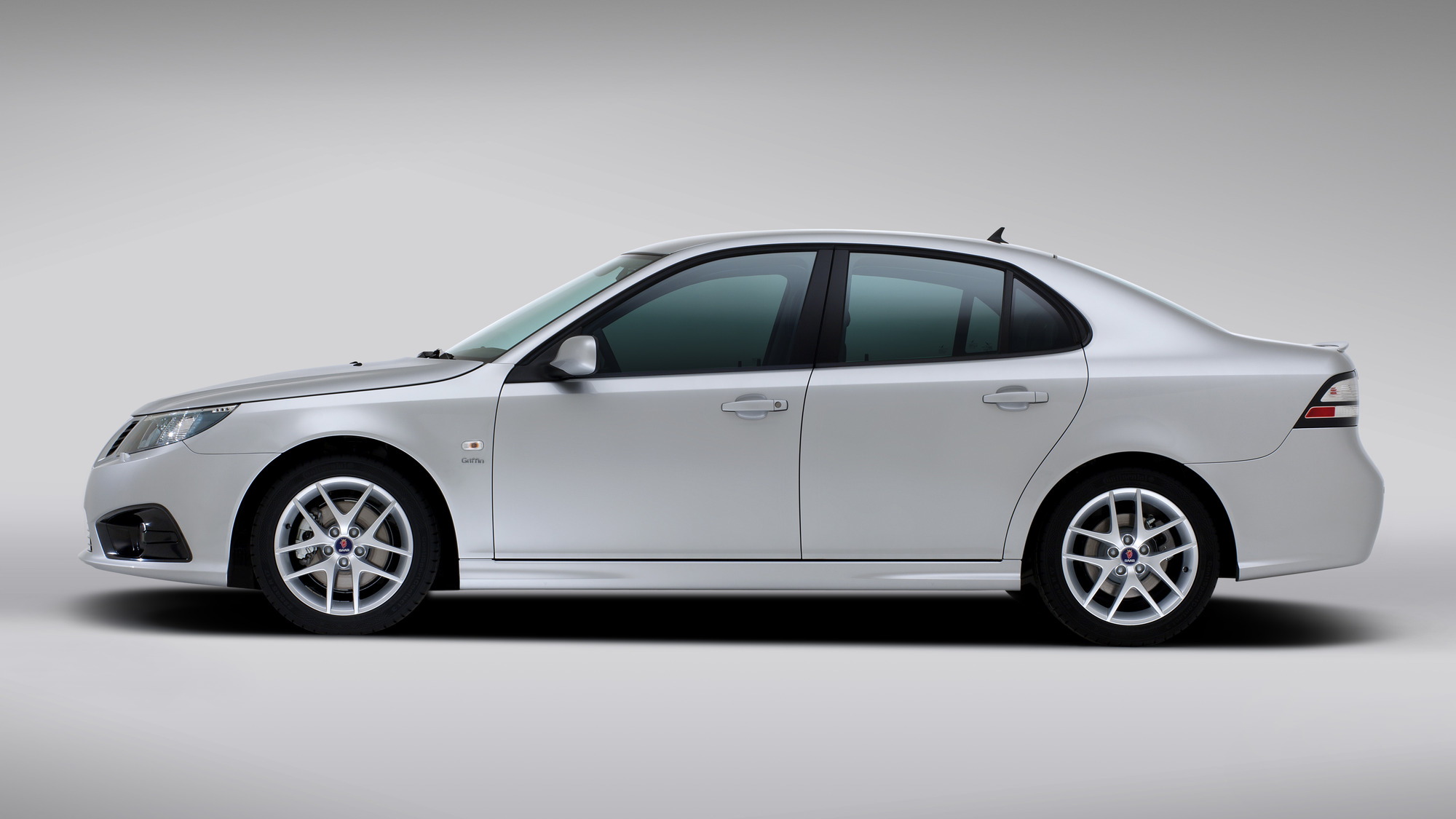 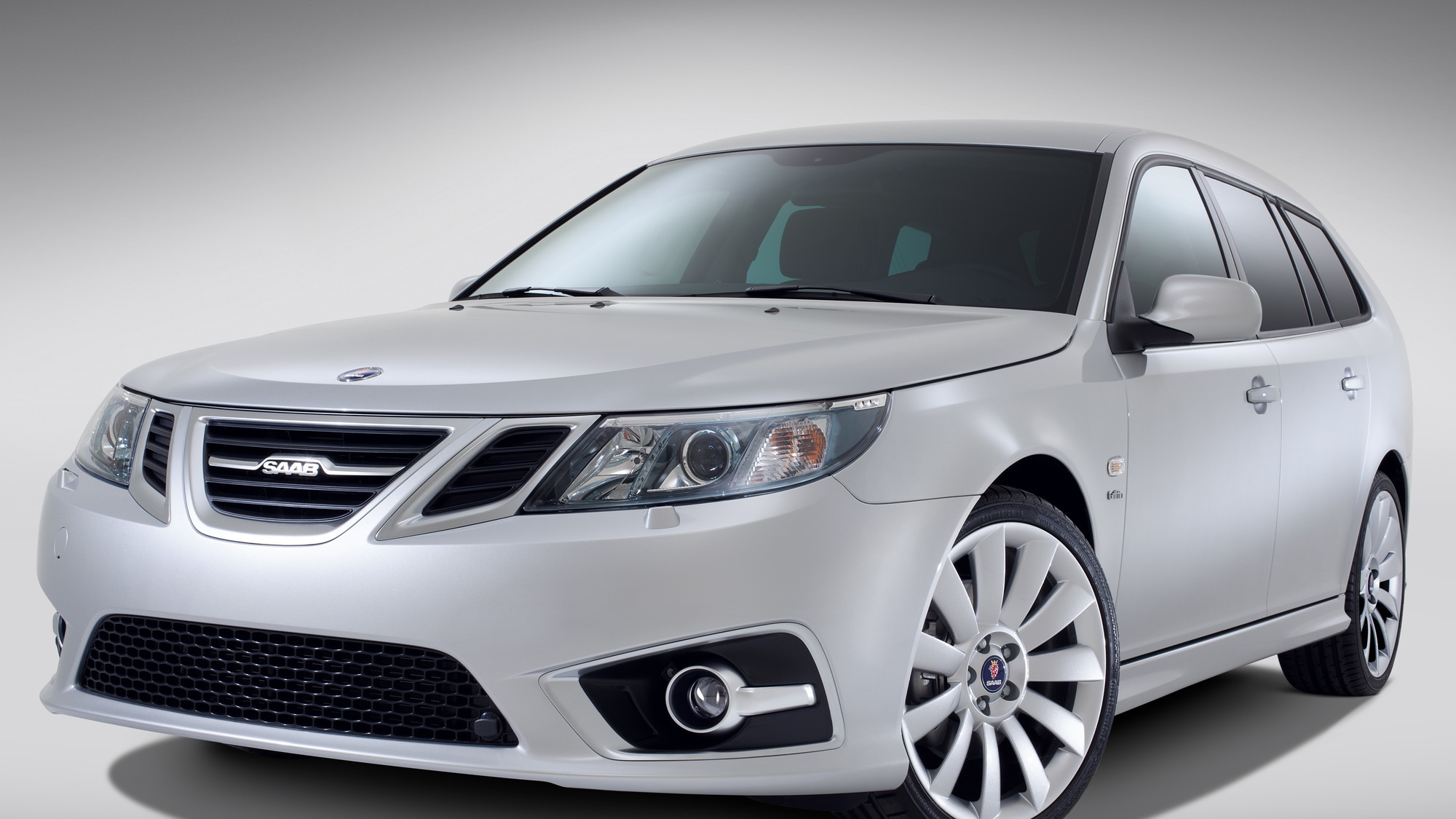 Replacing the current Sport Sedan, SportCombi, Convertible, and 9-3X, the new 2012 Saab 9-3 Griffin range (still available in all of the familiar body styles) features updated engines, freshened exteriors, and upgraded interiors. The new 9-3 Griffin will make its official debut at the Geneva Motor Show next week.

Just two trims will be available: standard and Aero. The primary differentiations will be larger alloy wheels, interior trim elements, other appearance and feature tweaks.

Global models will have a choice of several engines, including diesels, though here in the U.S., we expect to see a pair of powerplants: the base turbocharged four-cylinder, rated at 163 horsepower; and an upgraded turbo four good for 220 horsepower  (a gain of 10 over the previous engine). Both can be paired with Haldex XWD.

Saab's gasoline engines are also E85-capable for 2012, and being direct-injected turbocharged units, they put Buick on notice: the Regal recently claimed to be the first, and accordingly only, such E85-capable engine on the market. It is, for the time being.

Hit page two for the official release, and stay tuned for the full reveal in about a week.

Trollhättan, Sweden: The new Saab 9-3 Griffin range, announced today, features refreshed exterior and interior styling, backed by a more powerful, fuel-efficient engine range. Replacing the current Sport Sedan, SportCombi, Convertible and 9-3X specifications,  the 9-3 Griffin range is distinguished by new front bumpers, signature Saab ‘ice block’ headlamps and a Griffin badge on the front fenders. Inside, the instrument panel, cabin décor and seat upholstery are all given a fresh look. Two specifications are offered, standard and Aero. Under the hood, new 2.0-liter gasoline engines give 163 and 220 hp and include direct injection, variable valve timing and twin scroll turbocharging. Combined cycle fuel consumption and CO2 emissions are reduced on average by 4% across the range. These new engines join the current 130/160/180 hp 1.9 TTiD turbo diesel line-up which offers very competitive CO2 emissions of just 119 g/km in the Sport Sedan - class-leading efficiency in terms of CO2 per unit of horsepower for the 180 hp variant. Further fine tuning has now also delivered a remarkable 119 g/km for the SportCombi, together with equally impressive 4.5 l/100 km combined cycle fuel consumption. E85-compatible Saab BioPower variants of both gasoline engines are also available, and six-speed transmissions become standard across the entire powertrain line-up.

Fresh looks
Externally, the 9-3 Griffin range adopts the ‘ice block’ headlamp effect introduced on the new 9-5 sedan. Inspired by the Aero X concept, the units have a distinctive blue/green hue in daylight.  The grille also features a more prominent, wing-shaped central bar carrying the SAAB wordmark, again like the 9-5 sedan. Re-profiled front bumpers include a deep, trapezoidal air intake finished with black, ribbed bars, or a mesh insert for Aero variants. Front fog lamps are fitted as standard and a Griffin emblem, derived from the heraldic Saab badge, appears on the side of the front fenders. At the rear, the SAAB wordmark replaces badging on the chrome trim and all Sport Sedan variants receive a trunk-mounted spoiler. 16-inch alloy wheels are now fitted as standard, increasing to 17-inch for Aero and Saab XWD variants.  New 17- and 18-inch wheel designs are also offered. The cabin receives a subtle makeover. Titanium metallic-effect trim is introduced around the instrument panel, gearshift molding, doors and glove box, and as an option for the instrument panel fascia. The Aero interior features a graphite fiber-effect for all these items, including the fascia. A brushed metallic effect is also introduced as an option for both standard and Aero variants. Shark grey fabric inserts now complement both the black and parchment standard leatherette seats, while irregularly ribbed leather with contrasting stitching is introduced for Aero upholstery, also inspired by the Aero X concept. In both specifications, a useful storage pocket for small items, carrying a Griffin name tag, is fitted to the side of the front seatbacks. The Convertible’s unique seats have a name tag only.

More power, lower fuel consumption and emissions
Further fine tuning for 9-3 Griffin SportCombis fitted with 130/160/180 hp TTiD engines has further improved CO2 emissions and fuel consumption to 119 g/km and 4.5 l/100 km, respectively, over the combined cycle. Like the Sport Sedan, the 180 hp SportCombi clearly leads its class in terms of low CO2 emissions and fuel consumption per unit of horsepower. More efficient gasoline engines deliver an average combined cycle improvement of 4% in fuel consumption and CO2 emissions. This is in addition to a 10 hp increase over the current 210 hp top-of-the-line offer. With power ratings of 163 hp (120 kW)/ 320 Nm and 220 hp (162 kW)/ 350 Nm, both new engines are available with front-wheel drive and XWD, Saab’s advanced all-wheel-drive system. The use of variable valve timing and direct injection improves fuel consumption, emissions and performance. Hydraulically operated vane-type cam phasers enable both the inlet and exhaust valve timing to be adjusted independently, according to varying engine speed and load. The many benefits include a broader spread of torque, higher maximum power and improved fuel consumption. Direct injection delivers fuel under high pressure directly into the combustion chamber. This enables the separation of air and fuel delivery, allowing improved scavenging of the combustion chamber to give substantially more low-end torque and reduced engine knocking. A twin-scroll turbocharger is also used, which virtually eliminates turbo lag at low engine speeds. Each scroll on the turbine is fed by a separate exhaust passage from a pair of cylinders, enabling a throttle response comparable to that of a naturally-aspirated engine. Other features include twin counter-rotating balance shafts for smooth running and a forged steel crankshaft for added strength.