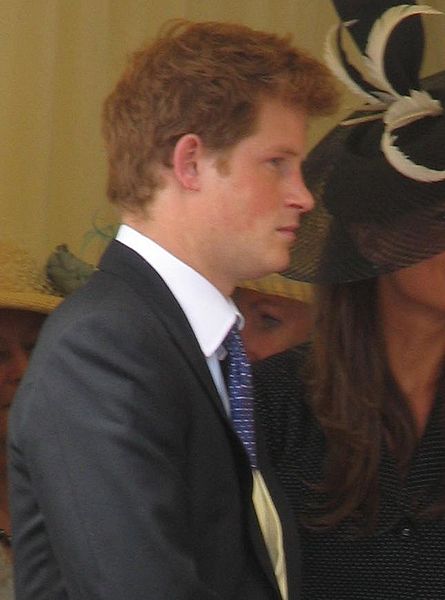 Even leading the charmed life of an English prince can't guarantee good drivers--or self-preservation on the part of paparazzi.

The incident occurred while the red-headed prince was bring "whisked through a press pack" after a night out at Beaufort House, a posh cocktail bar and brasserie in the King's Road, Chelsea, celebrating England's success in a rugby tournament.

The photographer, Tony Margiocchi, was hospitalized after the car carrying the prince hit him in the leg and left him with a tire mark across his thigh, according to one report.

To get further details and watch an "exclusive video" of the incident, you'll have to register for the News of the World website at the link below.

[News of the World; Daily Star; image of Prince Harry from Wikimedia Commons]