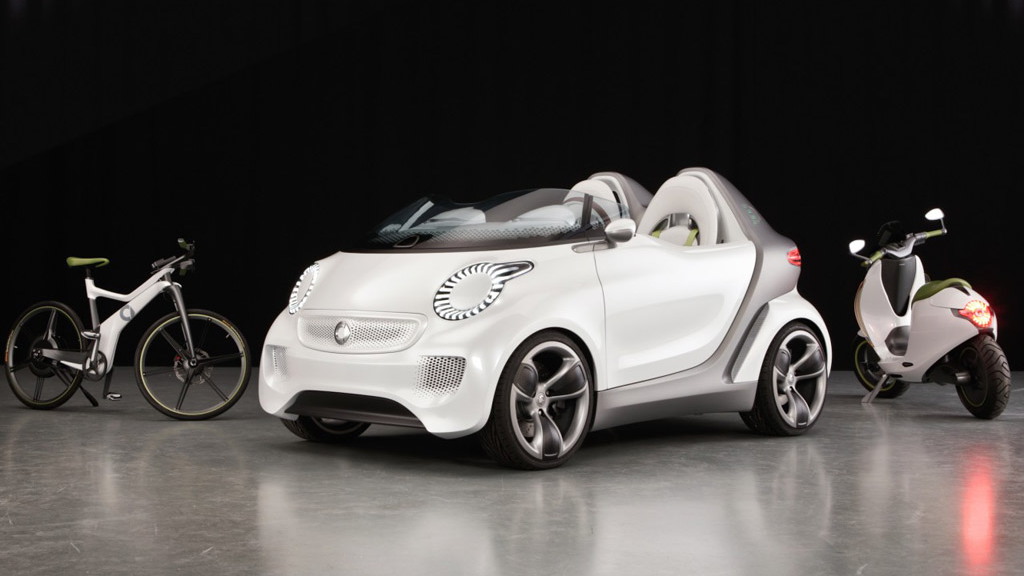 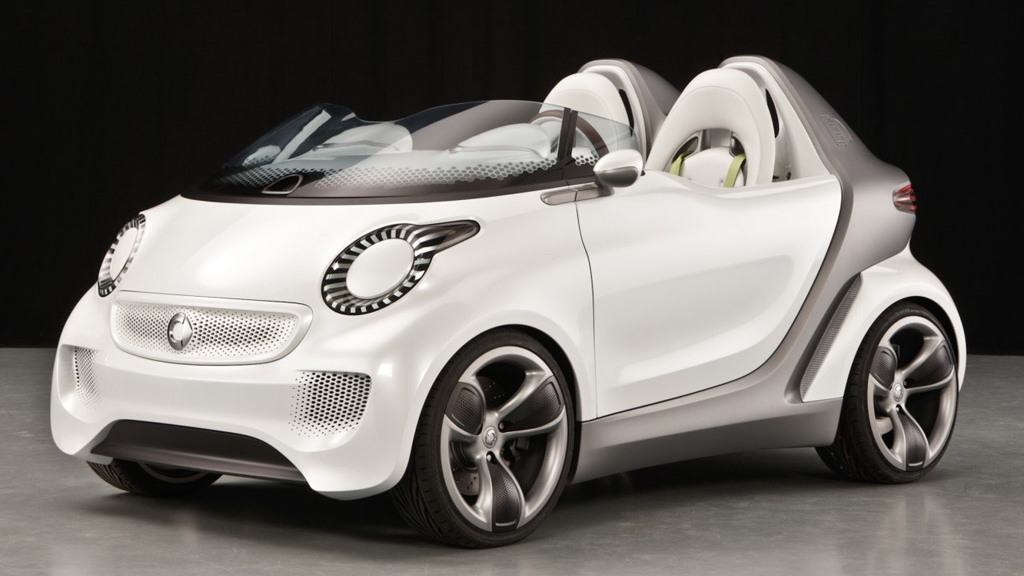 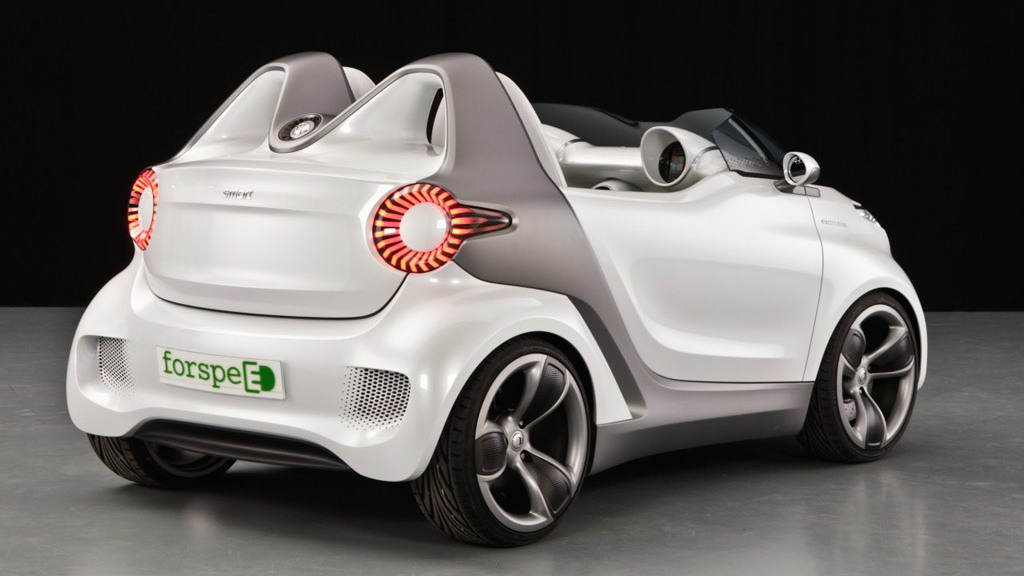 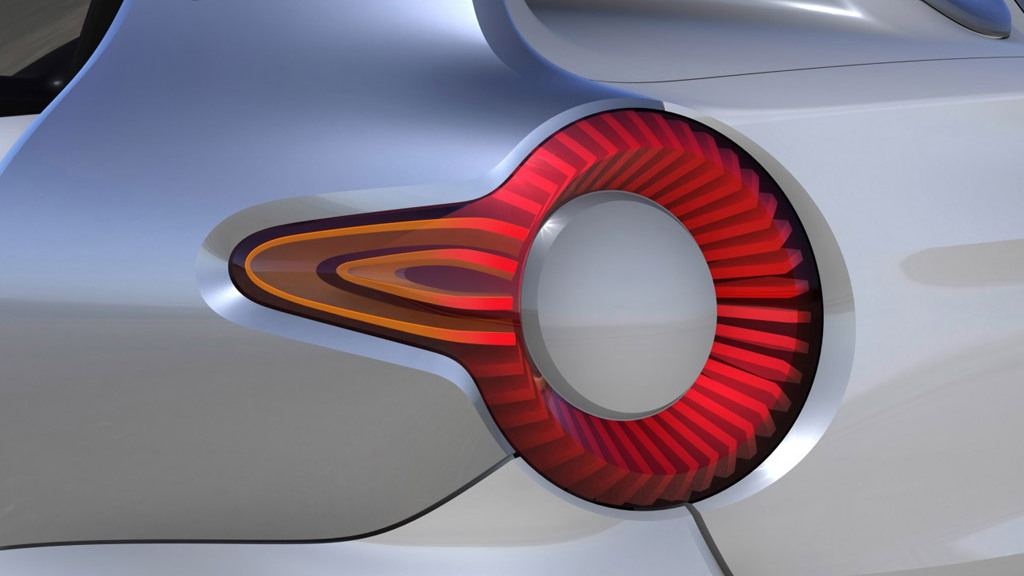 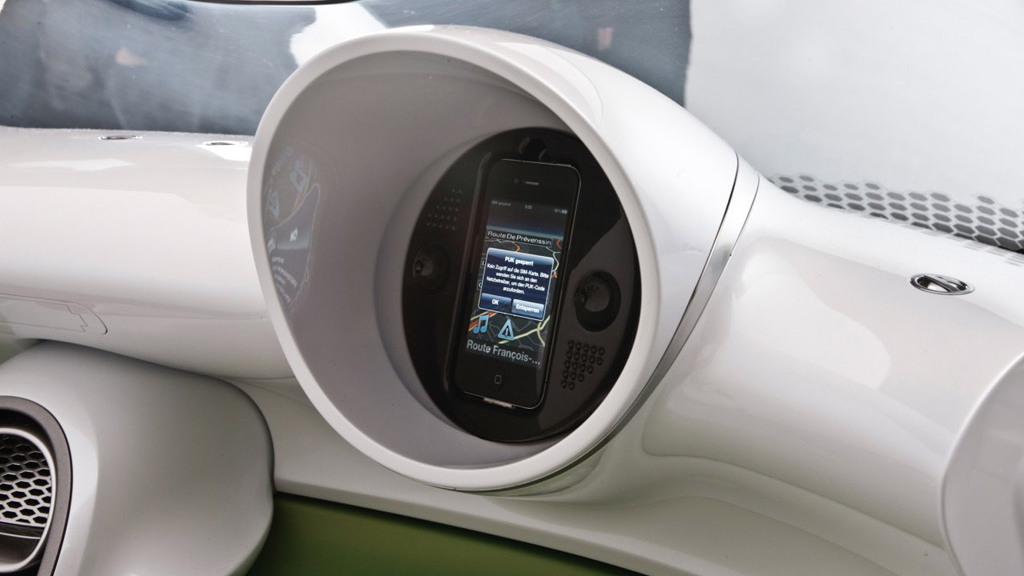 15
photos
Following on from its Escooter electric two-wheeler concept at last year’s Paris Auto Show, Smart has rolled out a new open-top ‘speedster’ based on the brand’s Fortwo Electric Drive minicar. The new vehicle is called the Forspeed and it’s scheduled to make its world debut in concept form at the 2011 Geneva Motor Show next week.

The Forspeed completes Smart’s electric range, which in addition to this latest speedster includes the aforementioned Fortwo Electric Drive and Escooter, as well as a bicycle.

The Forspeed will be the perfect tool for quick city jaunts, thanks mostly to its rear-mounted 40 horsepower electric motor with 7 horsepower overboost function. It has a top speed of 75 mph and a driving range of about 84 miles.

Some special touches of the concept include its solar cells integrated into the wind deflectors, a honeycombe grille and maritime interior theme, which includes individual binnacles for the driver and co-pilot as well as mirrors styled like those found on private speedboats.

While the Smart Forspeed Concept isn’t destined for production, some elements from the concept are expected to filter across to Smart’s cars.