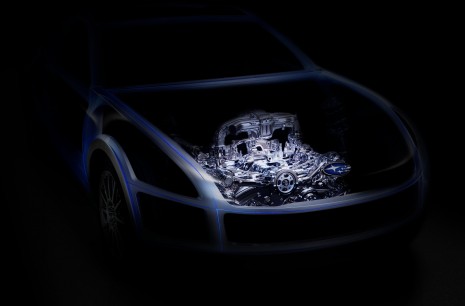 The Toyota-Subaru joint sports car project, known as the FT-86 in Toyota's hands and spied many times on its long road to production, will finally see an official Subaru-branded concept at Geneva. This teaser gives us a taste of its front-mounted boxer engine.

Full of words like "technology exhibition" and "proposal," the press release doesn't inspire much confidence that the car is anywhere close to heading to market, or even intended to. On the other hand, Subaru has to be knee deep in R&D dollars on the project, so it may just be a matter of conservative language.

Beyond the sneak peek at the car's architecture, little else is revealed. A special site, dedicated to explaining the "Boxser Sports Car Architecture" and offering much more production-oriented language is now live at this link.

The image below is the same as the one above, but lightened and enhanced to show more of the car's general outline. 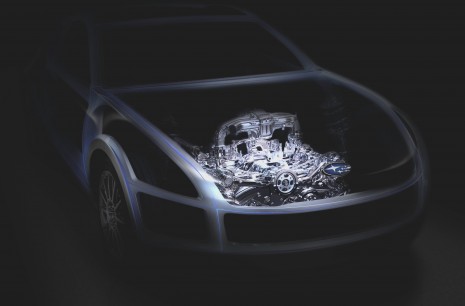