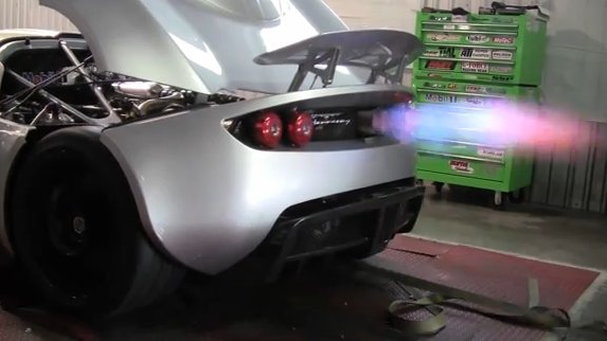 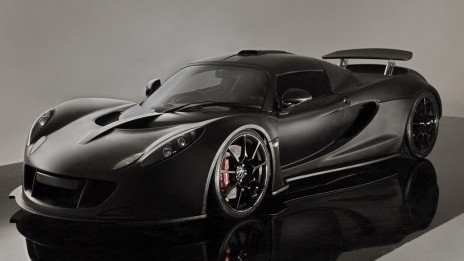 You've followed it for years, seen the official teasers, the reveal, and even watched Jay Leno give it the once-over. Now you can see the Hennessey Venom GT breathe fire on the dyno in this brief video.

Why, exactly, does it shoot three feet of blue flame out of its exhaust, you ask? Good question. The answer (most likely) is that the tune is running rather rich in air to fuel ratio (AFR) at high rpms, as you'd expect in a highly pressurized forced induction car. When the throttle is released suddenly at the end of the dyno run, a blast of unburnt fuel flows through the engine, making it all the way to the exhaust and rocketing out the rear as a gorgeous jet of flame.

The big flame on lift-off may also hint at something else going one behind the scenes: anti-lag. By retarding timing and enriching the AFR on throttle lift, the combustion charge largely flows out of the chamber into the exhaust, raising pressures and temperatures to keep the turbo(s) spooled until the throttle is applied once again. With enough timing retard and added fuel, you can get popping, crackling, and flames out the back.

Anyway, enough speculation and geekery: check out the video. It's effin' cool.