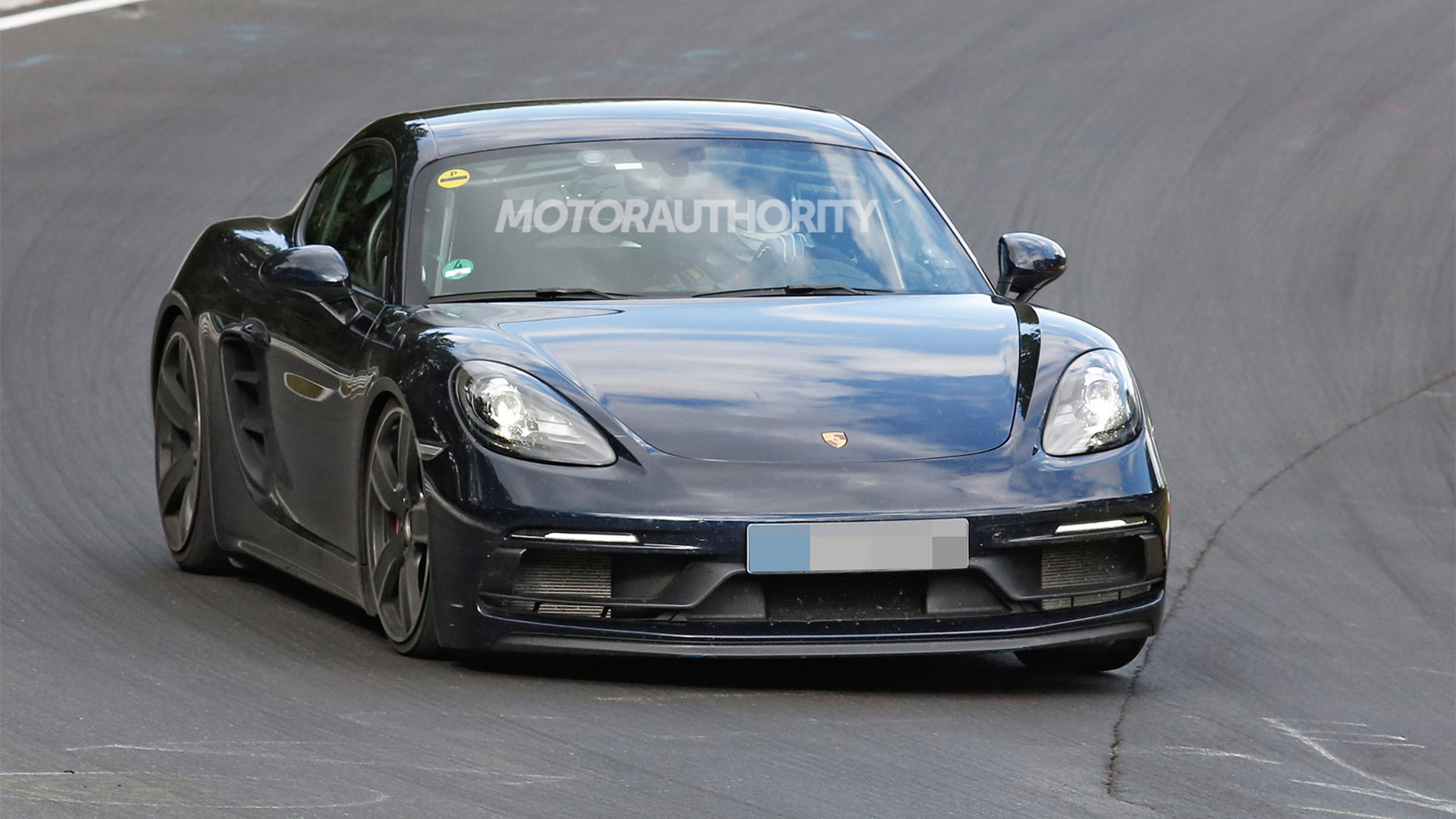 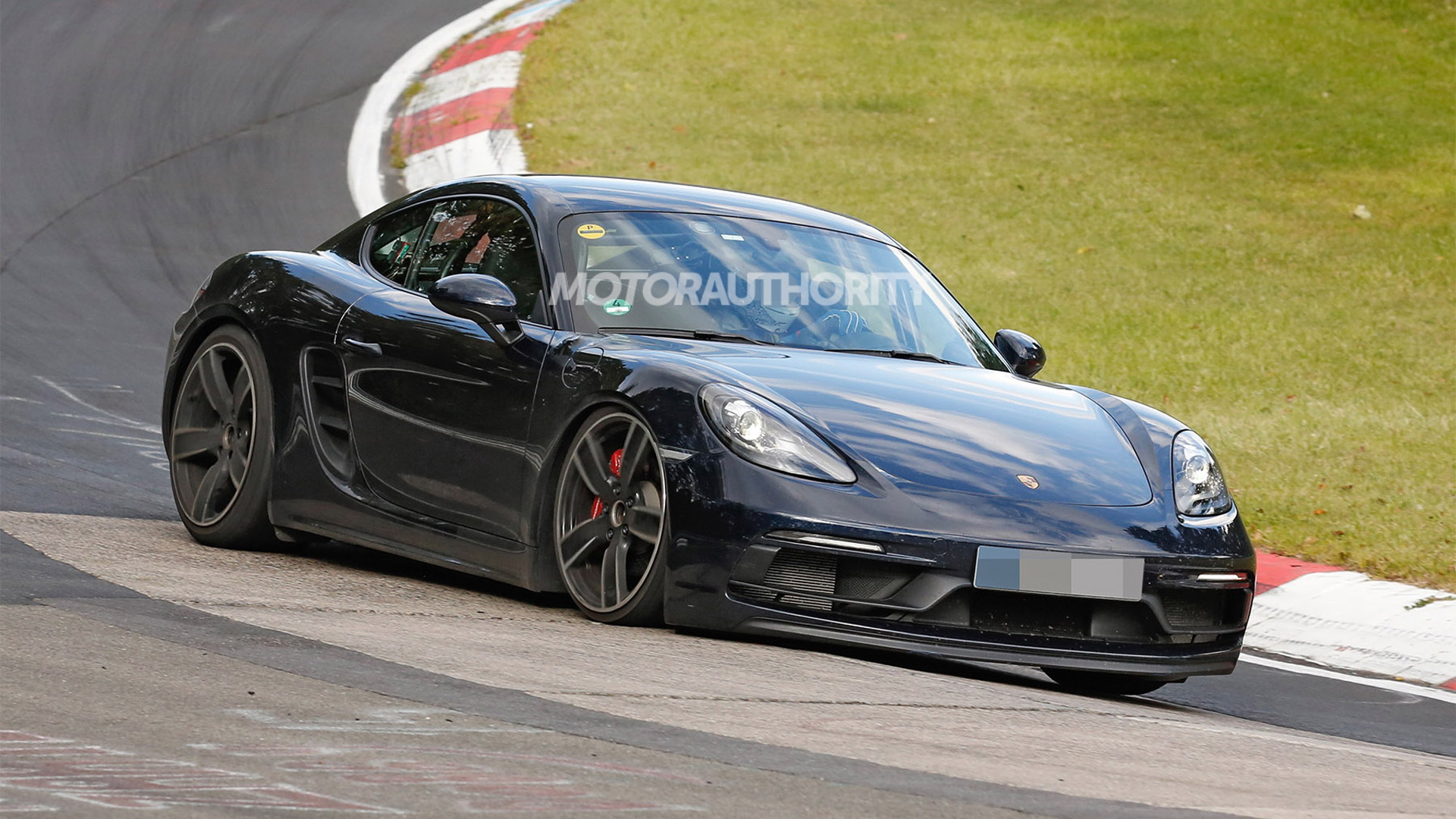 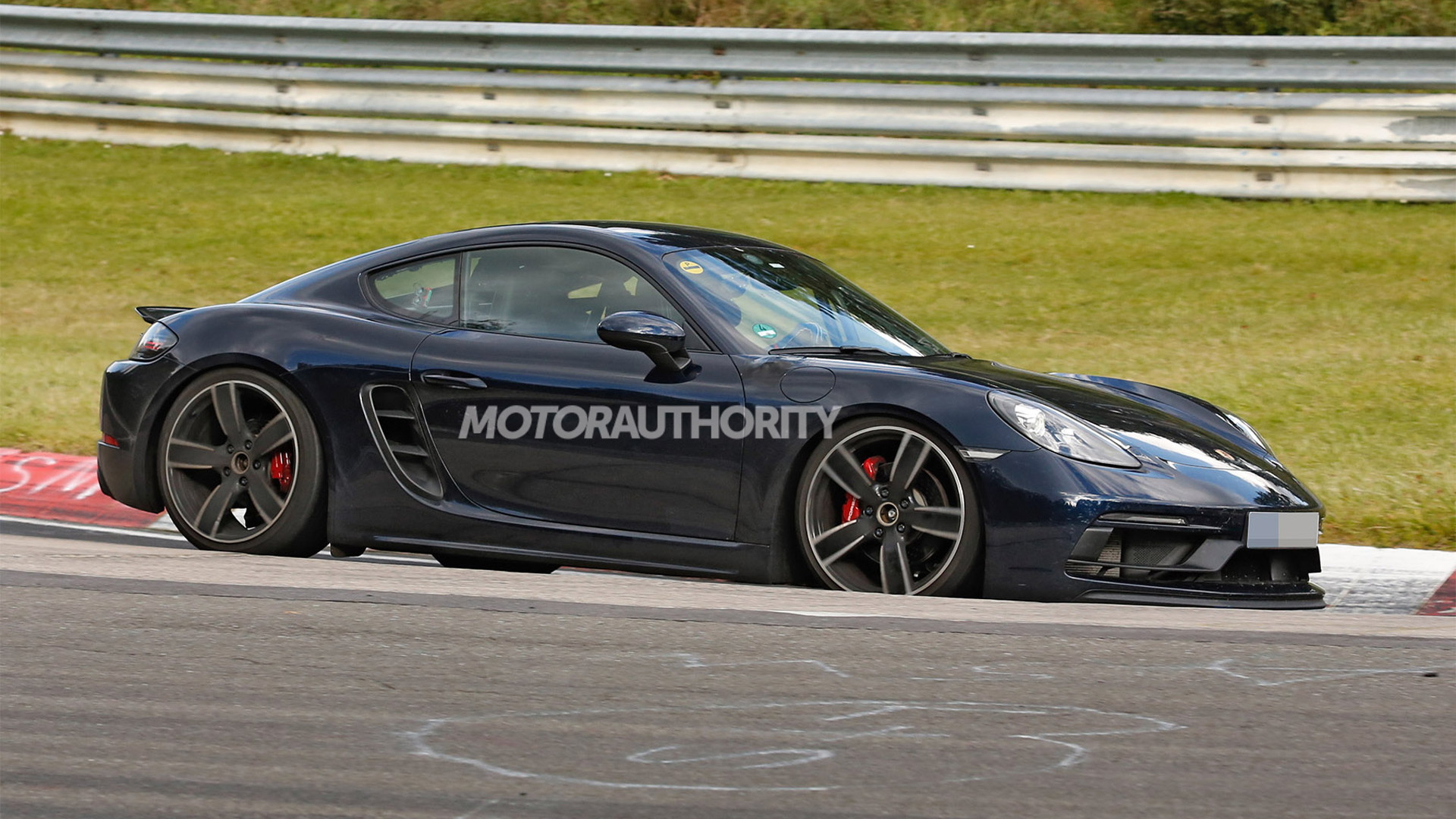 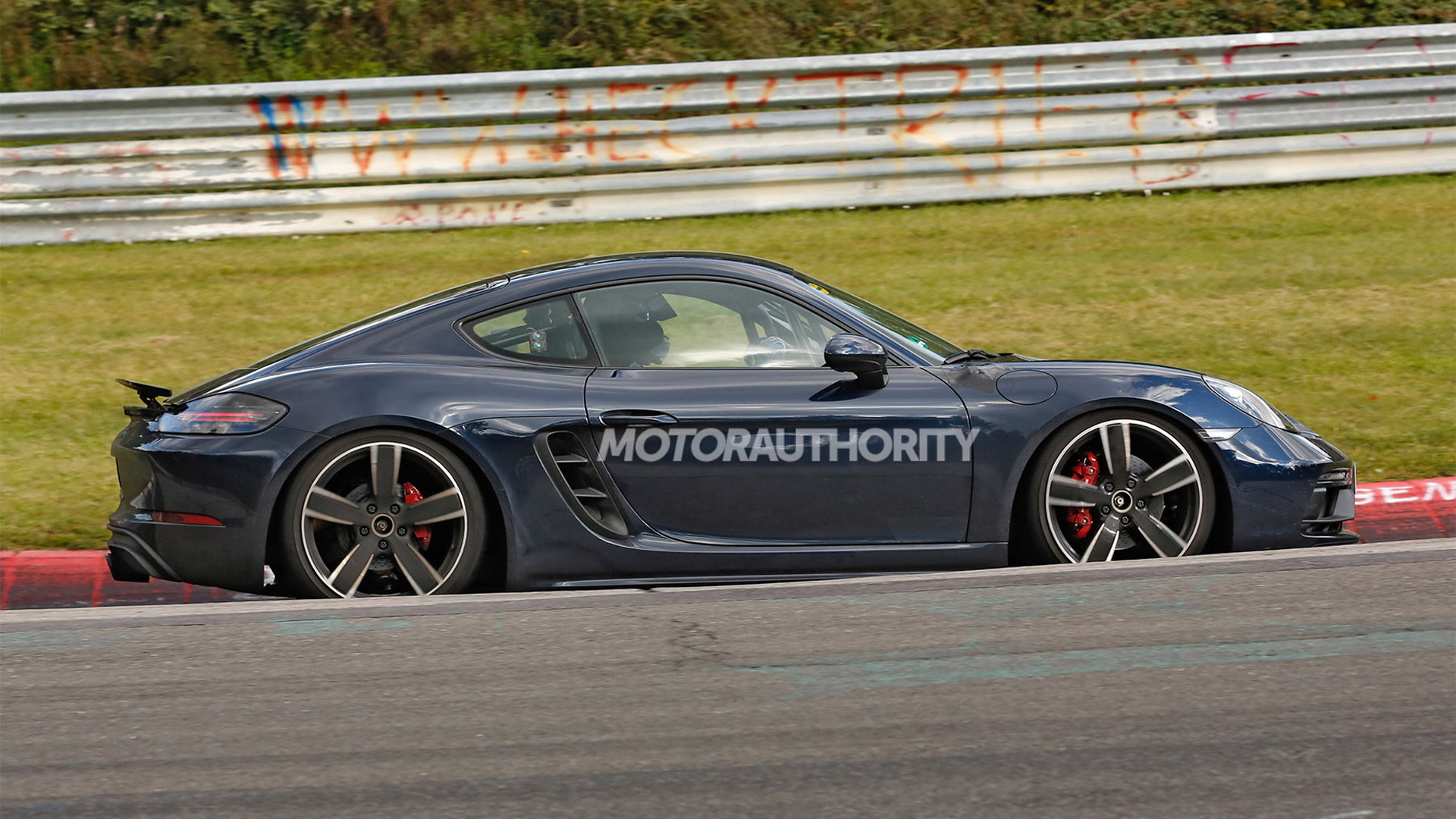 The current Porsche Boxster and Cayman were morphed into the new 718 line when the vehicles received their respective mid-cycle updates in 2017.

Porsche is now readying the next stage of performance for the 718 line, the GTS models.

Like its open-top sibling, the 718 Cayman GTS can be distinguished by its new front fascia incorporating an A-wing design similar to what we see on the 918 Spyder hypercar. There’s also a new lip spoiler below the front fascia.

Given the lack of camouflage gear, the debut can’t be far. Don’t be surprised if we see the cars unveiled in November at the 2017 Los Angeles Auto Show. We’re expecting them as 2018 models.

Note, the GTS models won’t represent the pinnacle of the 718 range. Successors to the awesome and uber-collectable Boxster Spyder and Cayman GT4 are coming—and both are expected to come with naturally aspirated flat-6 engines.