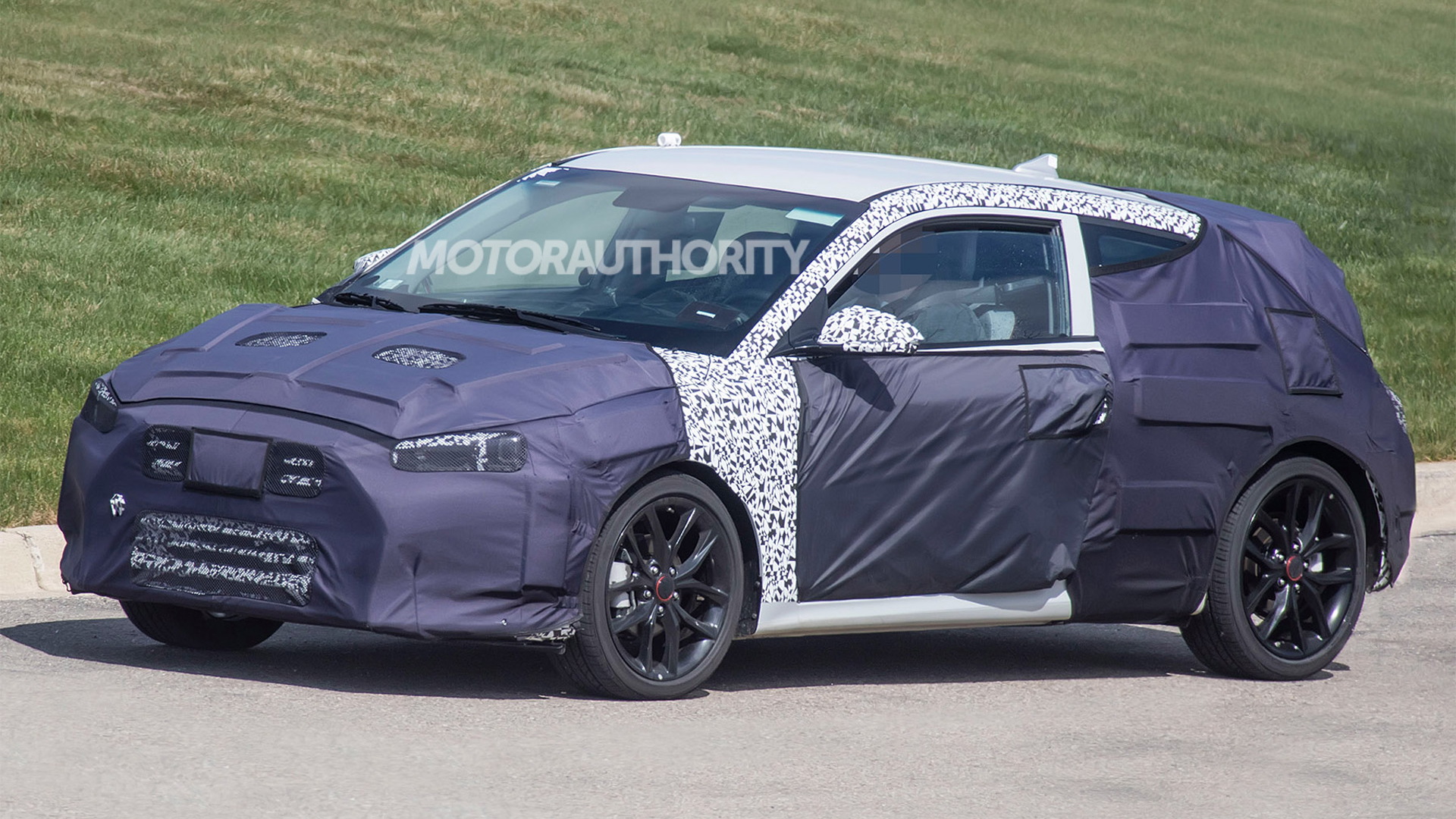 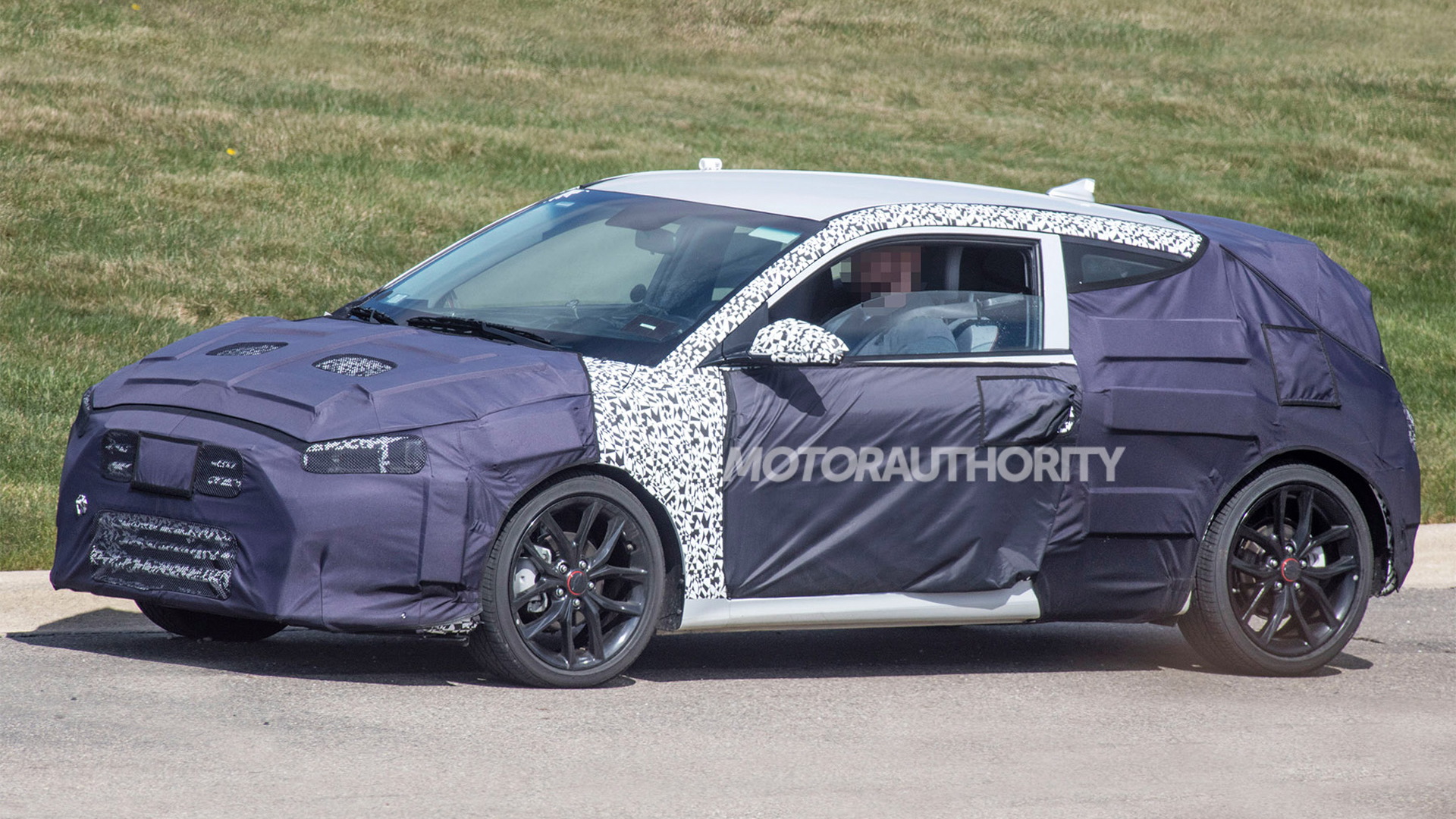 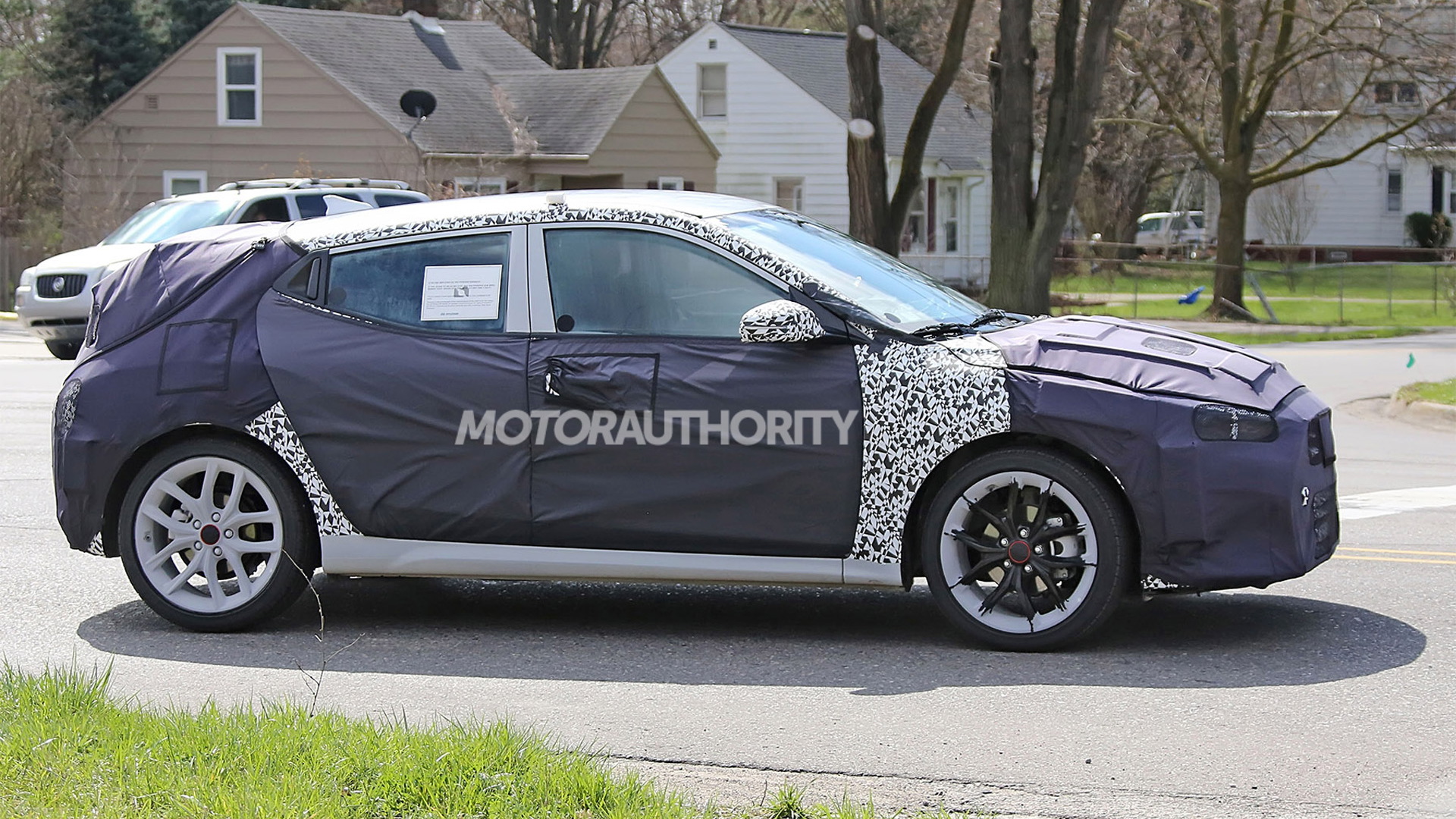 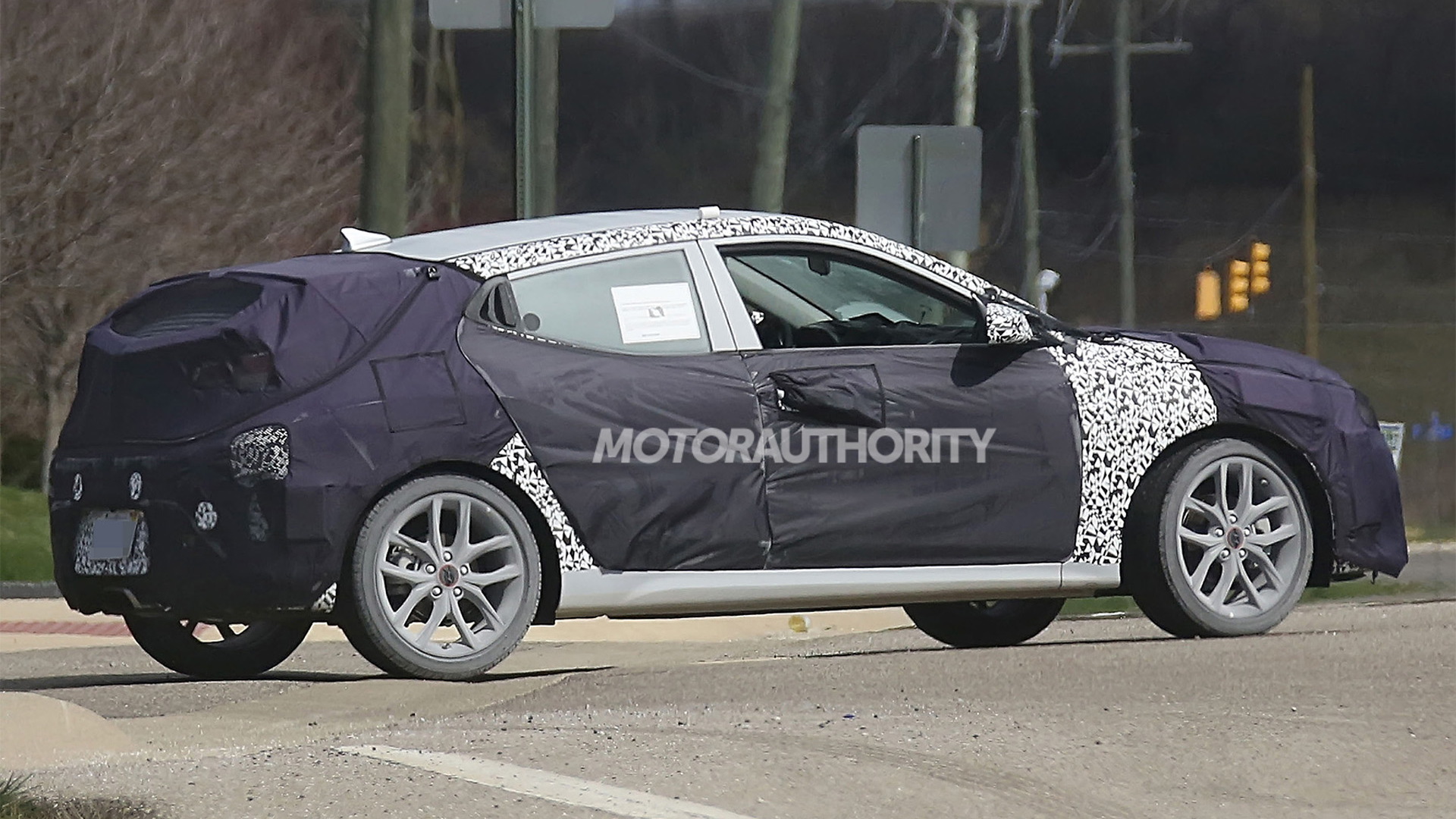 Hyundai engineers are out testing prototypes for a new generation of the Veloster.

The prototypes reveal the redesigned Veloster will keep the basic shape of the current model, including the unique three-doors-and-hatch configuration. (There’s a single door on the driver’s side and two on the other.)

The prototypes also feature an exhaust pipe mounted in the center of the rear bumper, another design trait borrowed from the current model.

Our latest spy shots include a look at the interior as well. The design so far appears to be a major step up from the current Veloster.

From previous test mules, we know the redesigned Veloster has a slightly longer wheelbase than the current model, which should lead to more room inside. The new car also looks to be much sportier thanks to a lower, more streamlined profile.

In the powertrain department, the base option will likely be a version of the 1.6-liter turbocharged inline-4 found in the current Veloster Turbo, where it delivers 201 horsepower. Above this should be a 2.0-liter turbocharged inline-4 developed by the Hyundai N performance division. The engine made its debut this year in an i30 N model to be sold overseas, and in its tamest setting delivers 246 hp. A more potent version has a 271-hp rating.

While the United States will miss out on the i30 N, there's an almost certain chance we'll get a Veloster N over here. Prototypes for this model are also testing and so far look very wild.

Hyundai will take the wraps off its redesigned Veloster in late 2017 or early the following year. Sales won't start until 2018, with the car likely arriving as a 2019 model. The Veloster N should trail the standard model by only a short period.