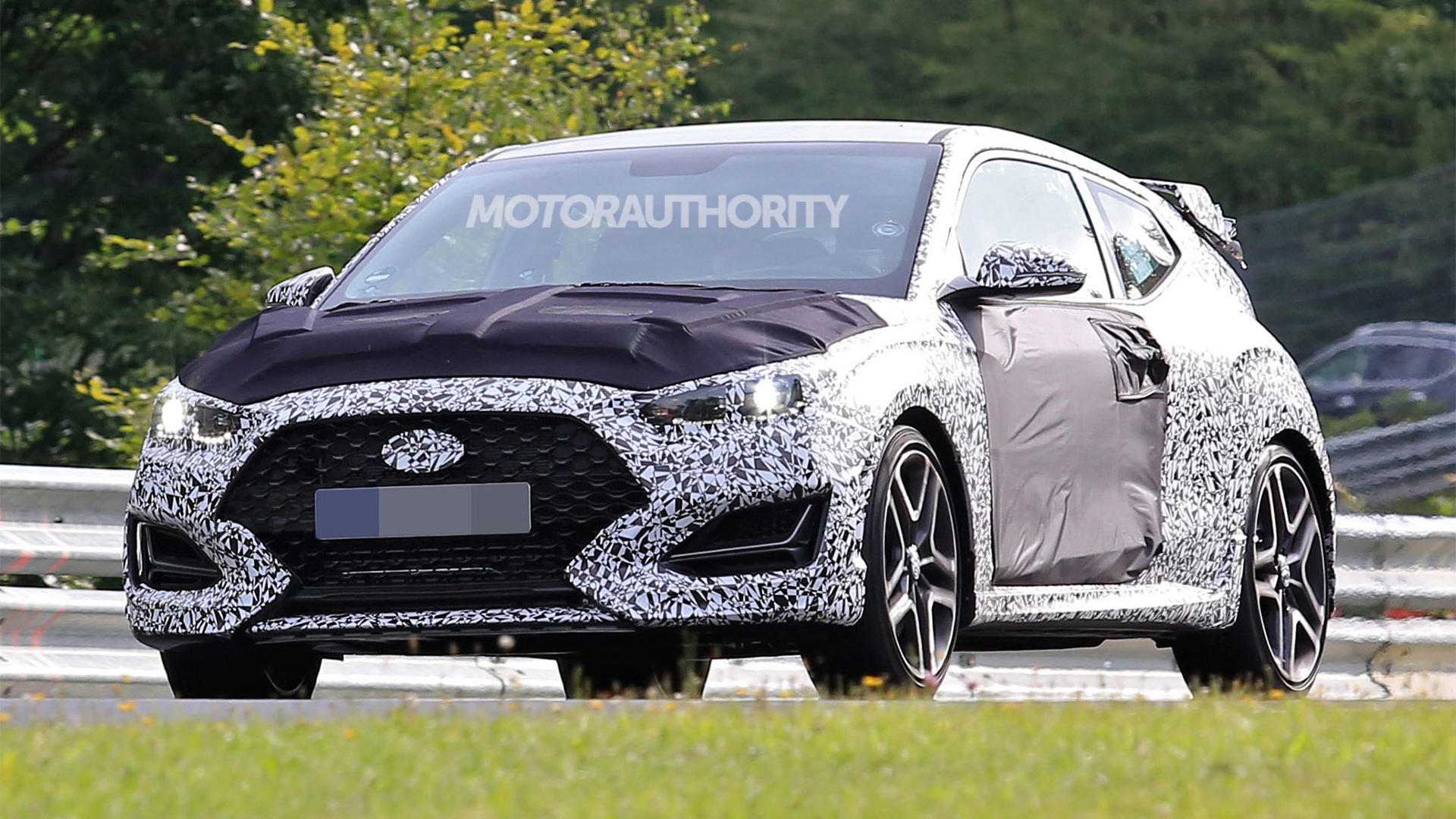 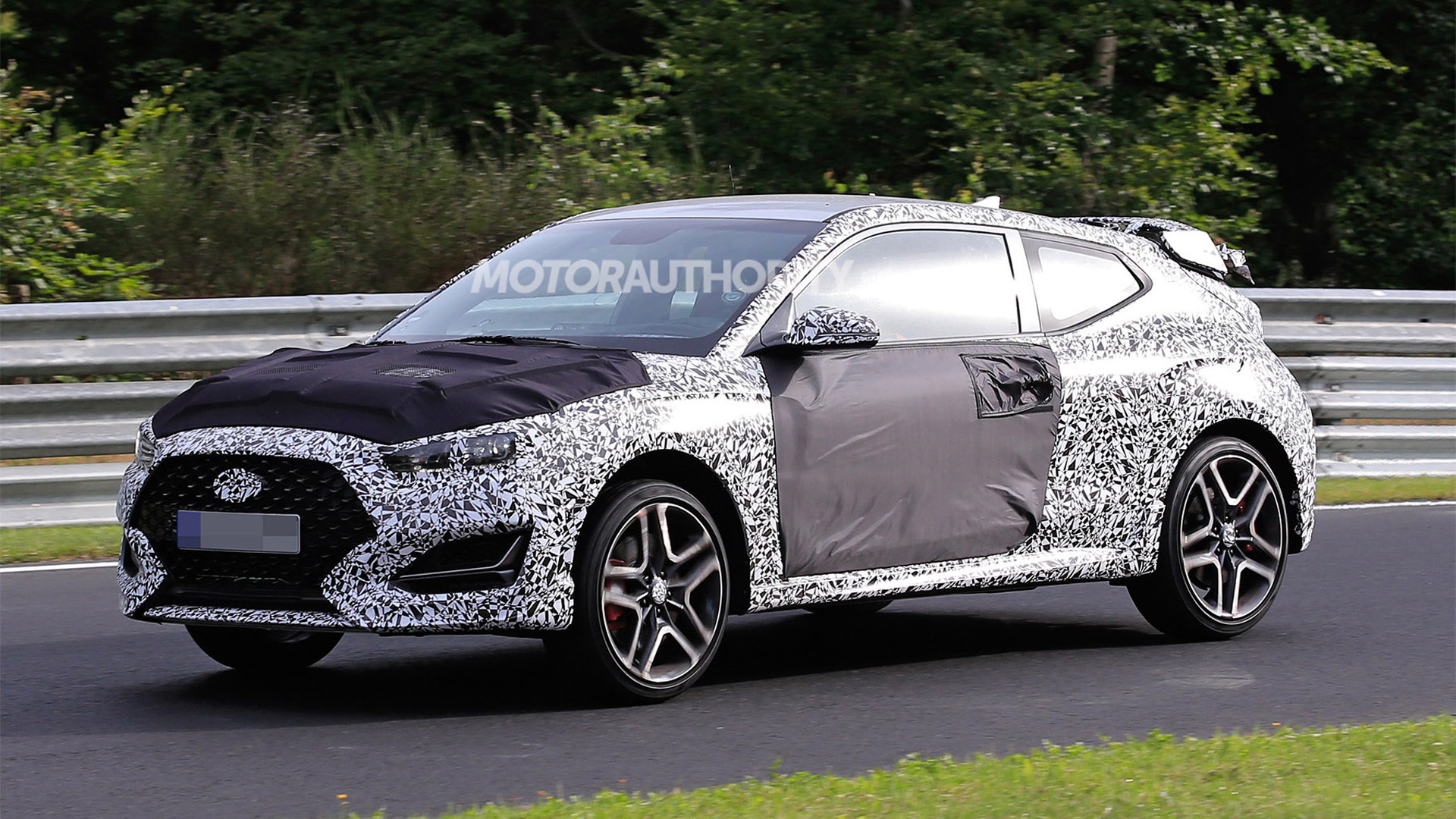 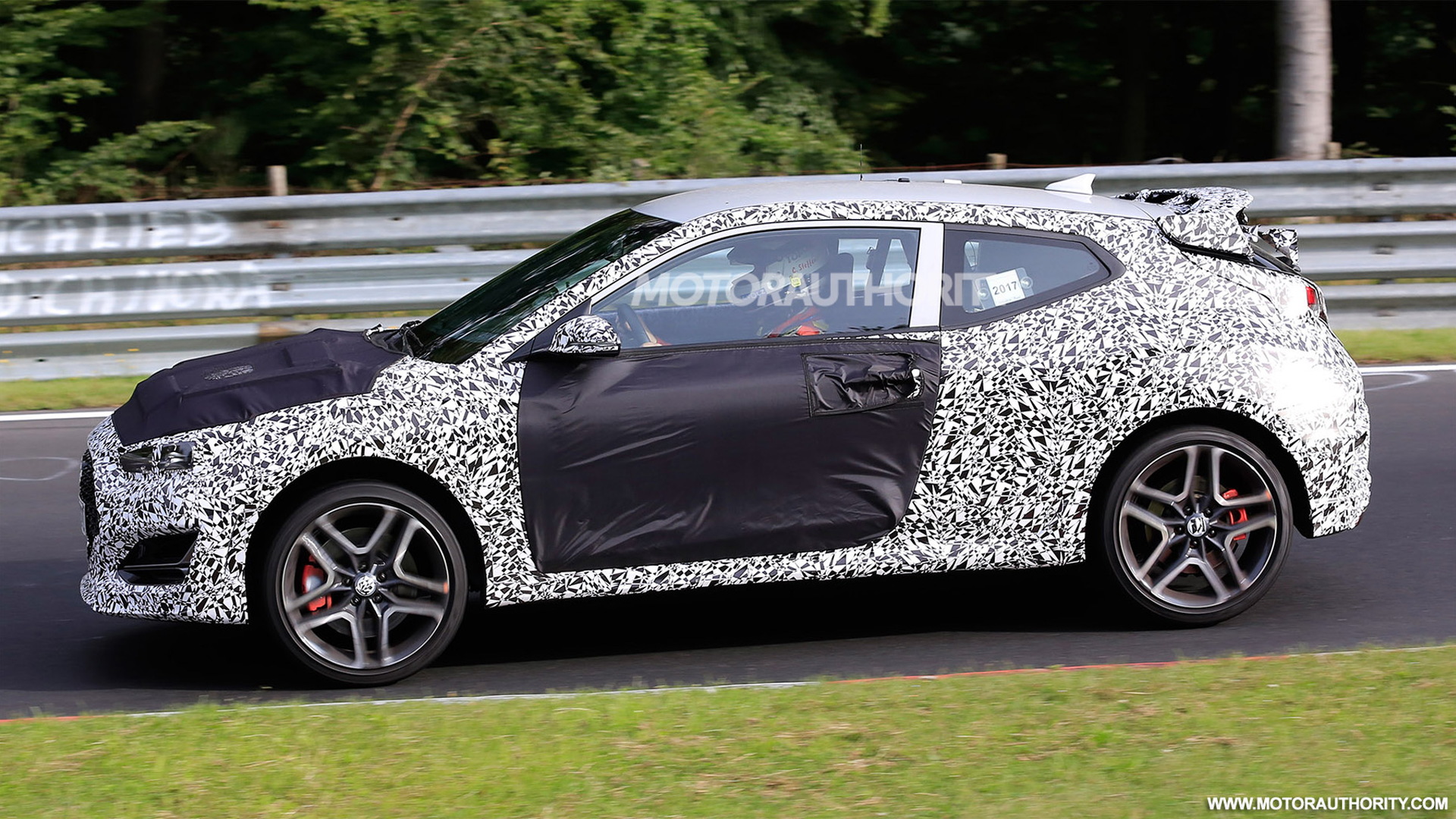 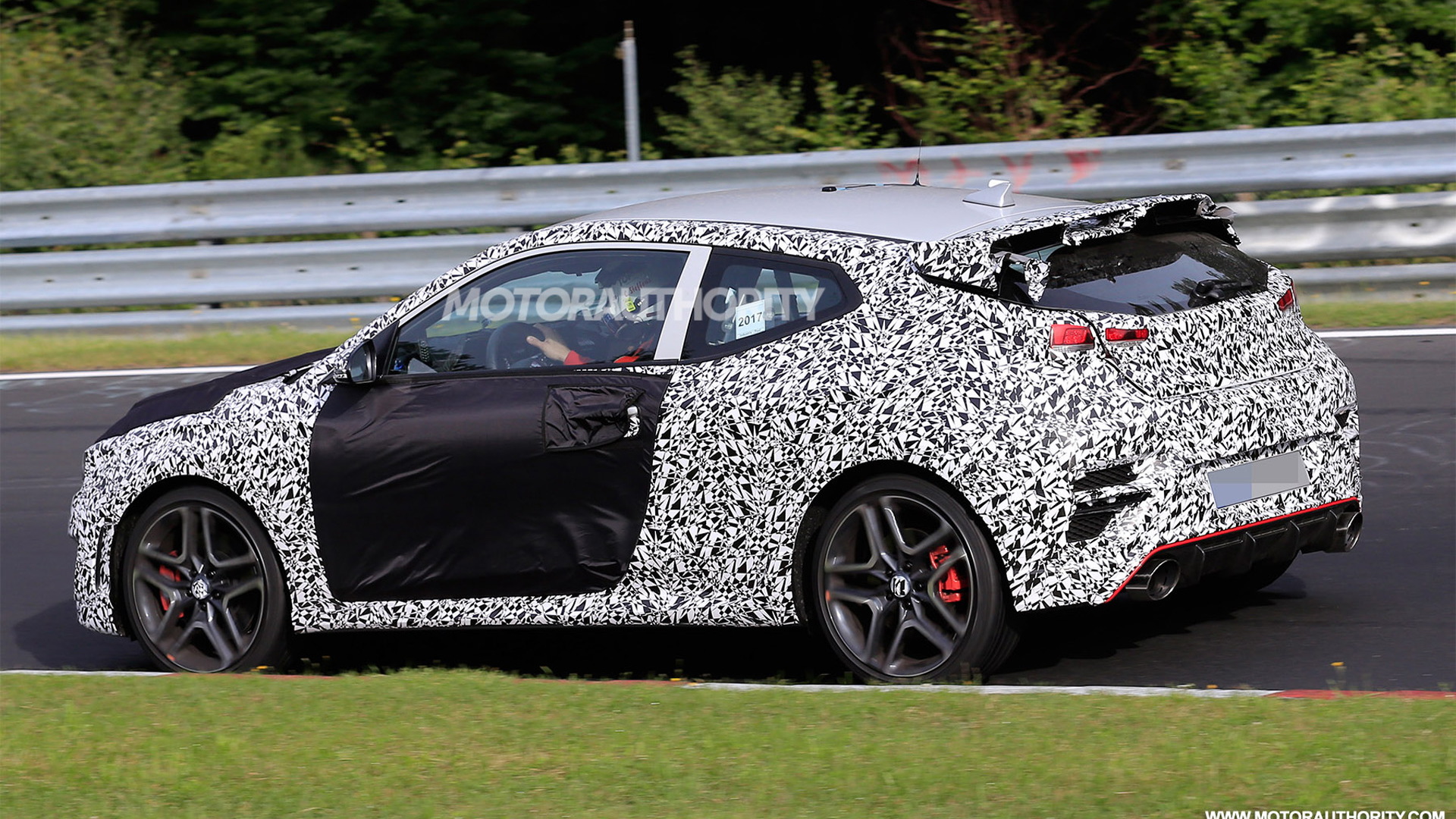 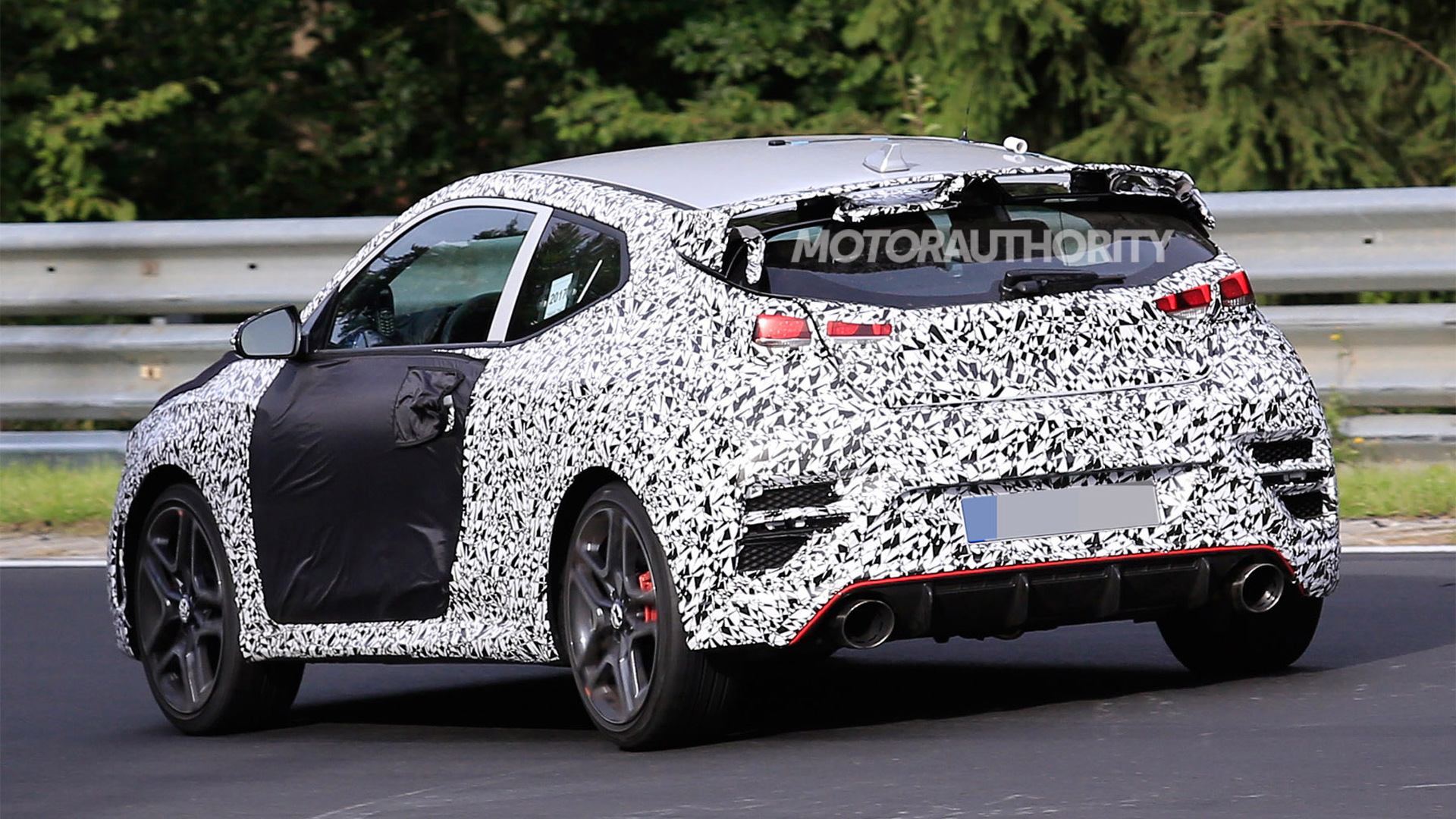 Hyundai N only in July revealed its first model, the i30 N hot hatch, but the official performance division of the Korean automaker has more coming.

The next will be a Veloster N, a prototype for which has been spotted once again testing at the Nürburgring and on some of the German racetrack’s surrounding roads.

The Veloster N will be based on a next-generation Veloster which is also out testing in prototype form and due in showrooms next year, as a 2019 model. The N version should bow around the same time.

Powering the front wheels should be Hyundai N’s newly developed 2.0-liter turbocharged inline-4. The engine has survived the grueling 24 Hours Nürburgring endurance race and in the i30 N comes in 246- and 271-horsepower guises. Even more power is possible for the Veloster N.

Also in the Veloster N, expect the engine to be paired with an 8-speed dual-clutch transmission. The i30 N only offers a 6-speed manual but is expected to receive the 8-speed DCT as an option later in life cycle. 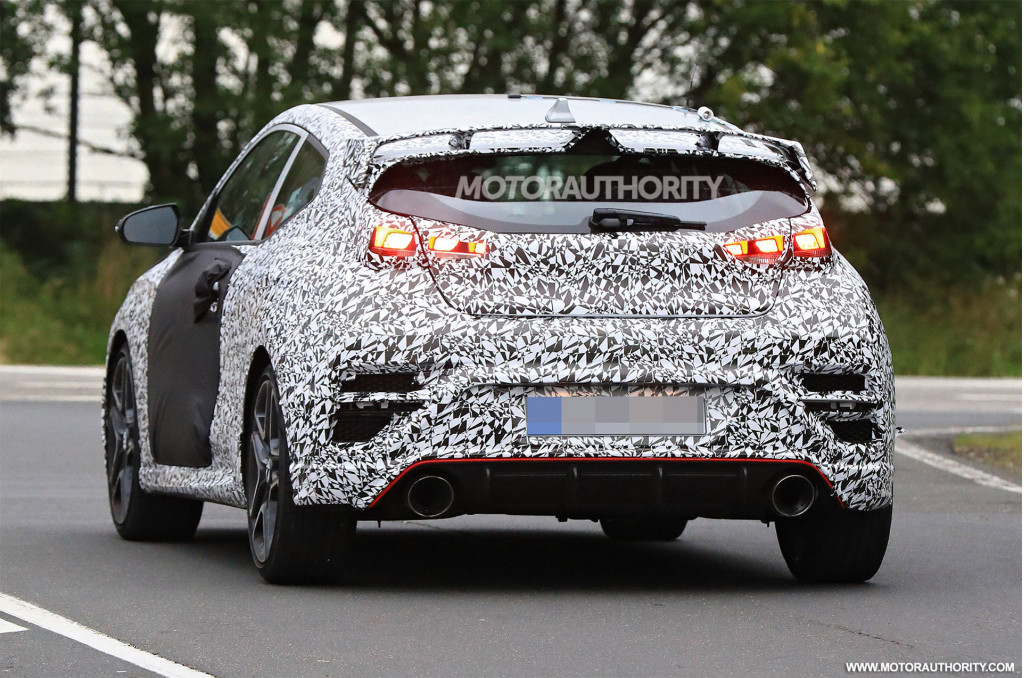 Hyundai N engineers have been using a Volkswagen Golf GTI for benchmarking purposes. Hyundai N boss Albert Biermann, a former BMW M engineering boss, openly admits the VW is his yardstick, describing it as an ideally balanced hatchback that perfectly straddles the line between performance and practicality.

Hyundai N won’t offer the i30 N in the United States, even though we’re getting the standard i30 as the Elantra GT. The good news is this Veloster N is almost certain for our market.

We should have more details on Hyundai N’s plans following the world debut of the i30 N on September 12 at the 2017 Frankfurt auto show in Germany.