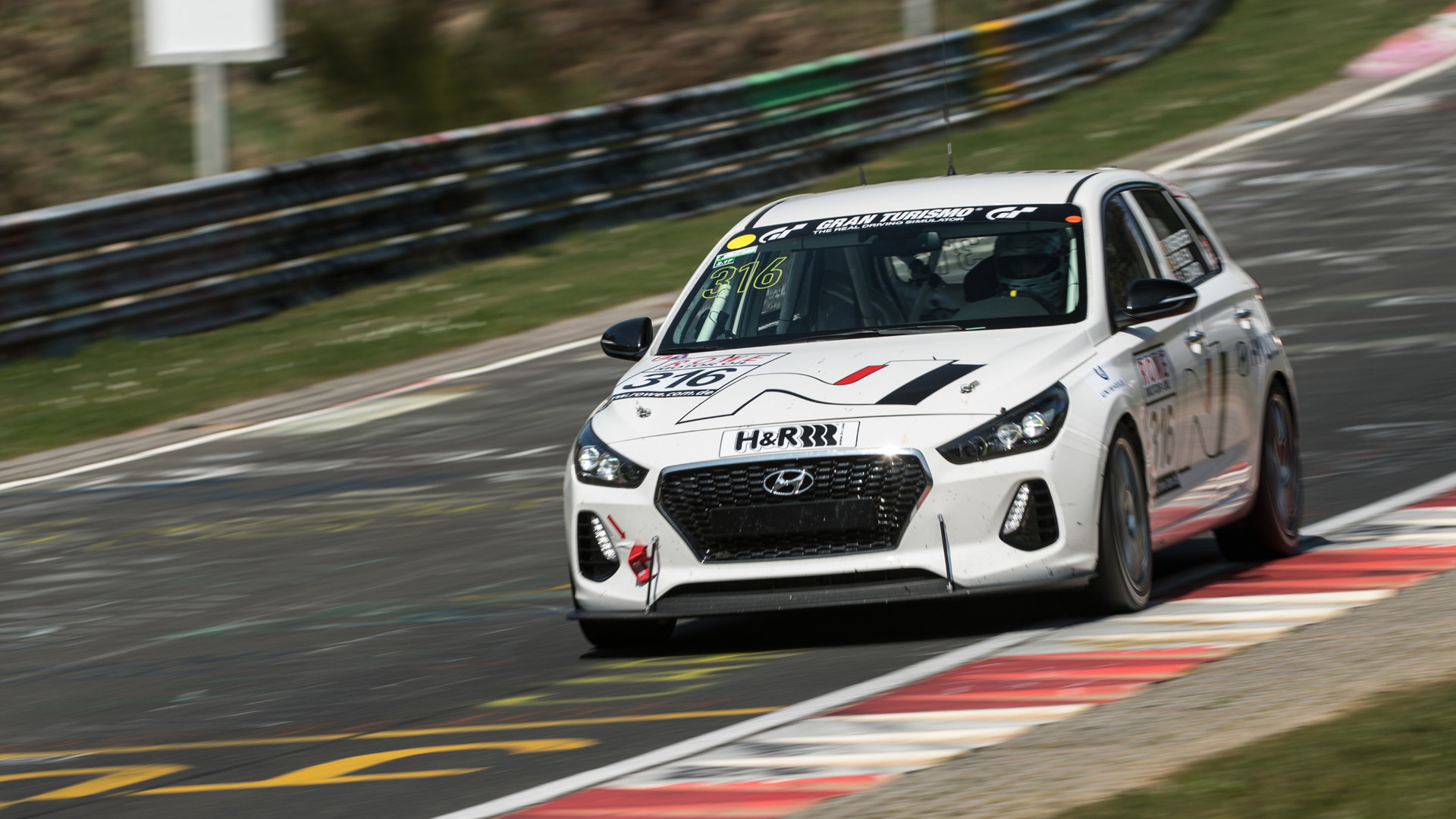 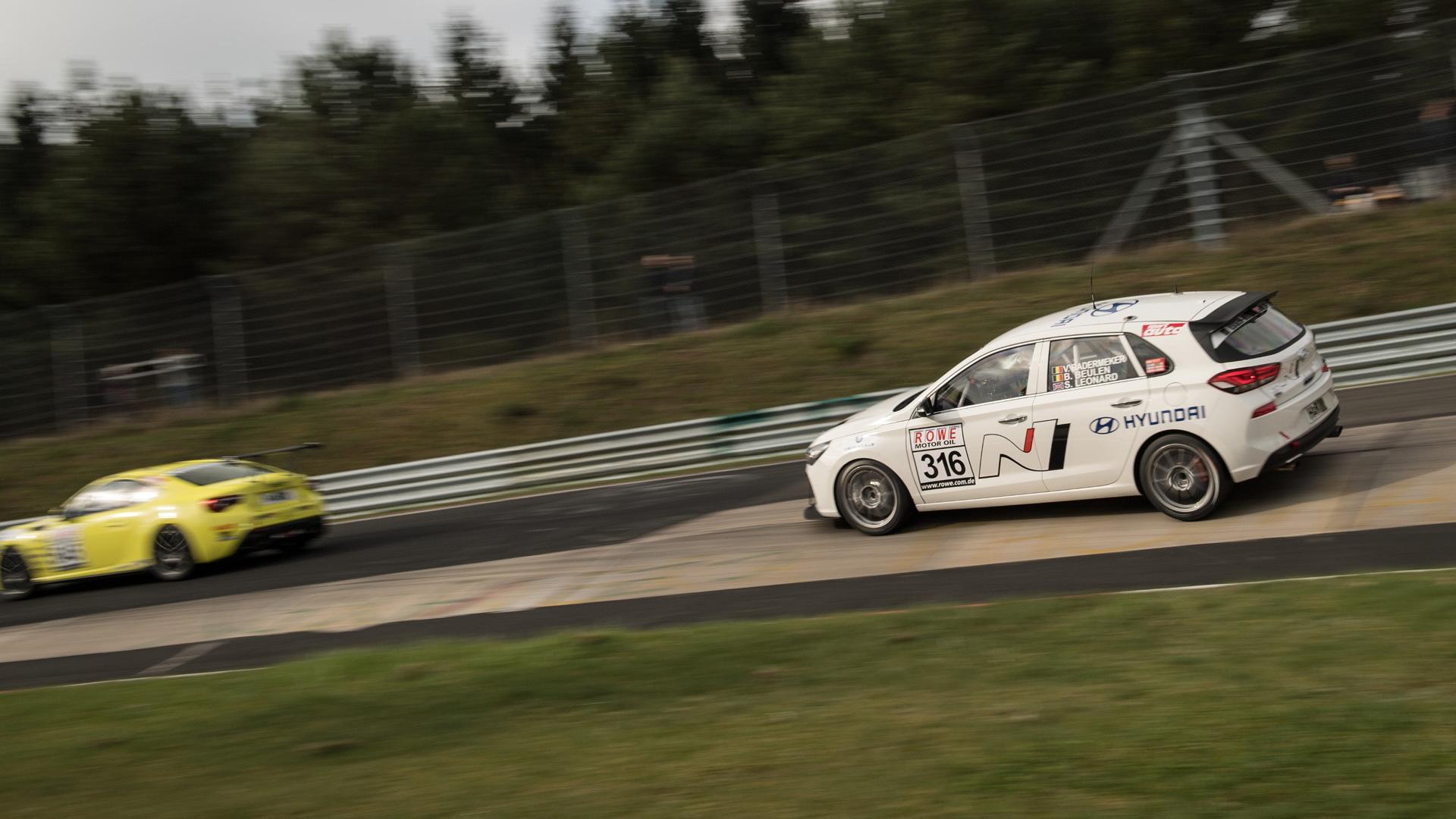 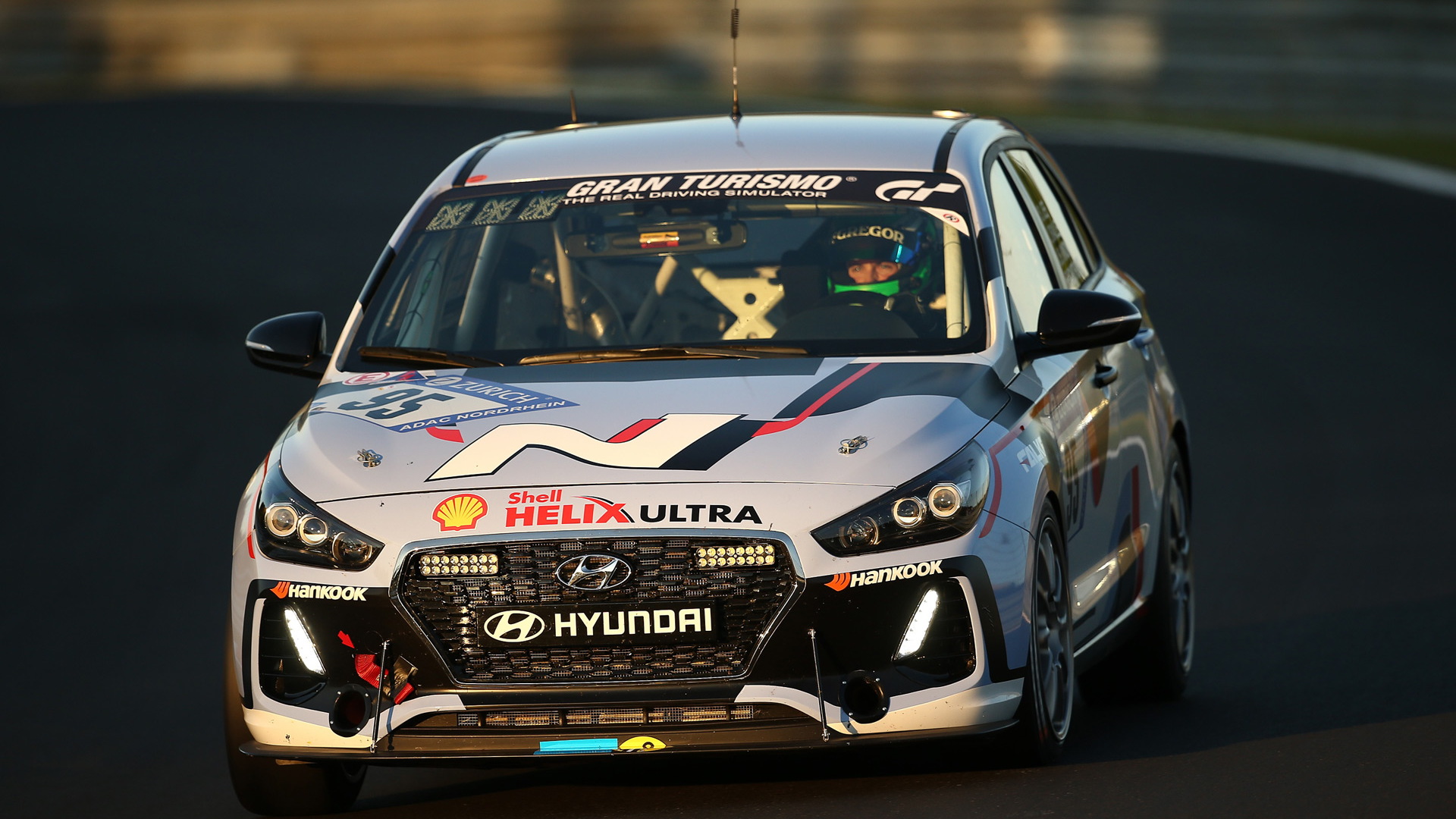 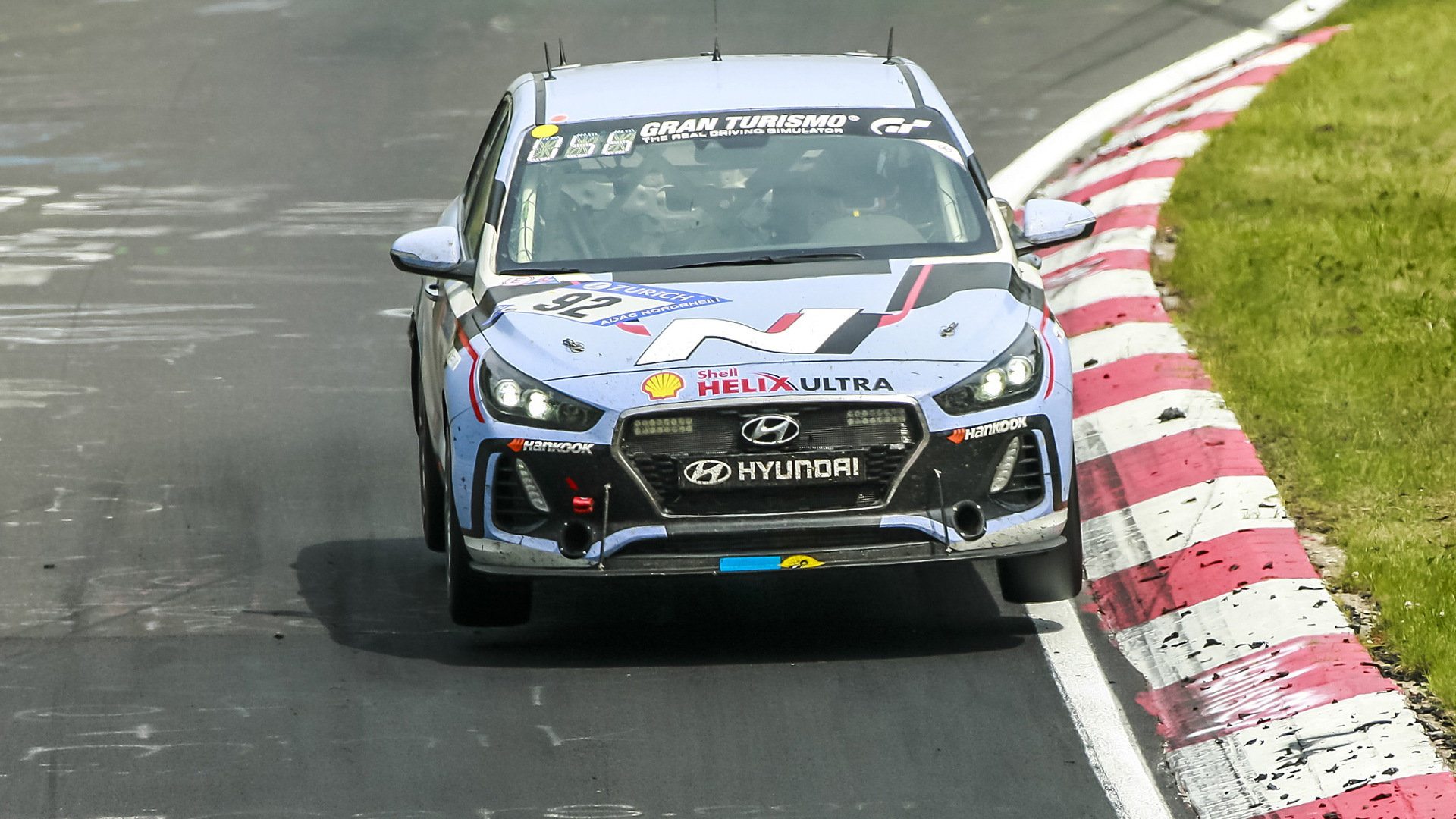 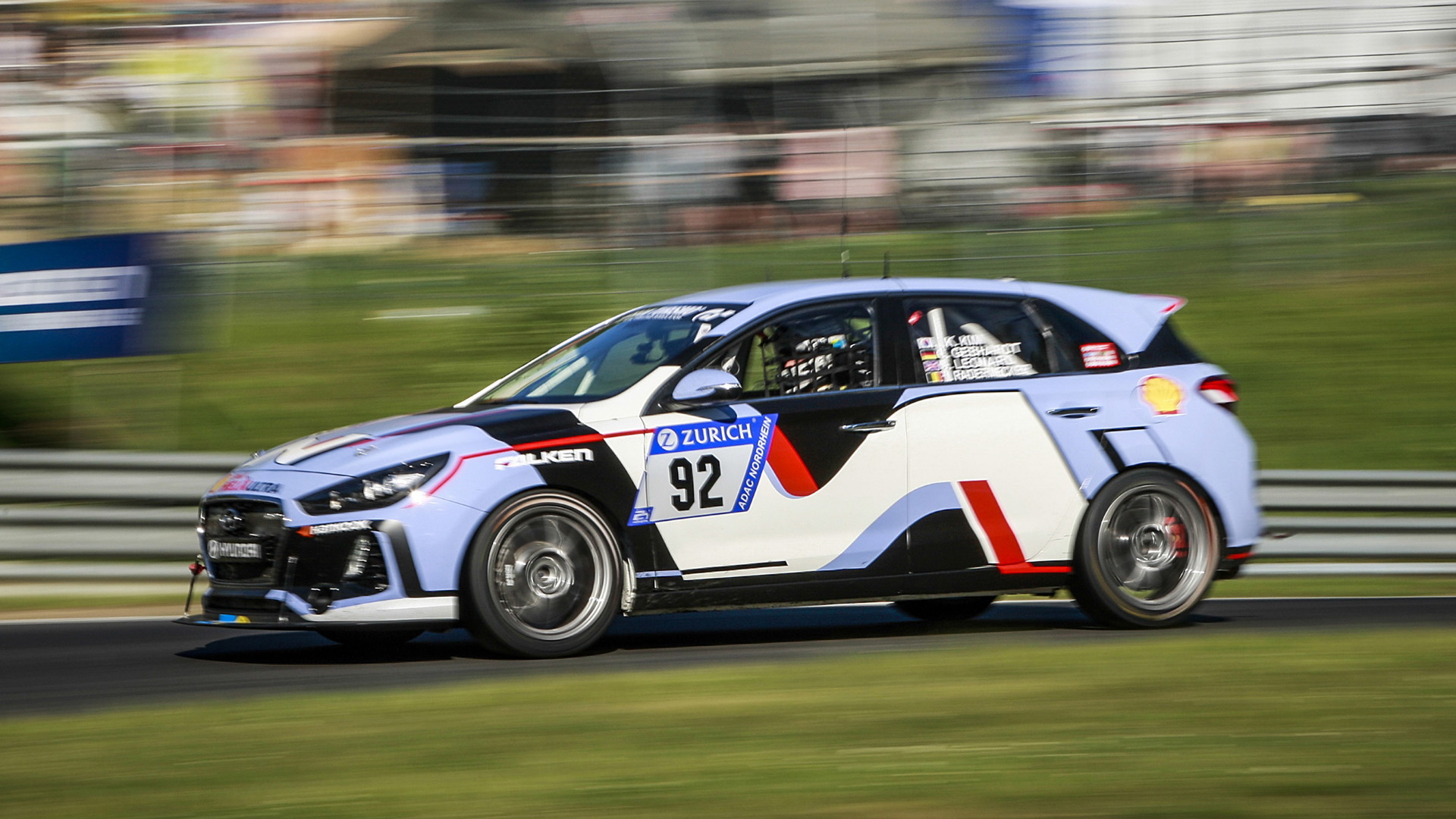 The air’s thick around the Hyundai R&D facility in Namyang, South Korea. It’s summer. It’s humid. Dust from beyond Beijing blows in from the west and turns the sky to cement.

The air’s thick with excitement, too. It’s the first time a slew of global journalists get a crack at the swirly stickered i30 N hatchbacks. The cars burble with a wicked exhaust note, in ad-hoc formation, in a remote Namyang parking lot swarmed by orange cones and name-tagged guests stripped of any cameras or laptops.

“I think tuners will jump on this car like crazy,” says Albert Biermann, whose slick white hair and friendly smile don’t give away a hint of jet lag, even though he landed from Germany a few hours before.

Biermann runs Hyundai’s new performance brand–dubbed N, with its Namyang home in mind. Biermann and his crew of eager young Korean engineers have been carefully grooming their first N vehicles.

Around the world, an i30 N hatchback will give the sub-brand its first spotlight. The i30 N skips the U.S. for now, though.

American drivers will get the related Elantra GT hatchback. For the American N debut, another Hyundai hatchback likely will take the first bow: the Veloster.

Hyundai has critical and telling aspirations locked up in N. It’s seen by the company as the final piece that will cement its global status. If it’s executed properly, it’ll be the stamp of legitimacy and the end of a long growing-up process.

The process began with the hire of Biermann in December 2014. The former BMW M vice president gives a human face to the performance effort, and sets a benchmark for just how serious the effort is.

Biermann acknowledges the steps that got Hyundai to this stage. Hyundai started selling cars in many markets outside Korea on low prices. Over time, its reputation for quality turned price into value. Early in this decade, it lavished attention on design, and put down markers with cars like the Veloster and the 2011 Sonata.

Performance is its final frontier. Getting it right, Biermann says, will make the Hyundai brand stronger and will appeal to more emotional buyers. It’ll also lead to improvements in base cars without N badges.

The hallmarks of N cars will sound familiar. Dynamic handling is at the top of Biermann’s list, along with strong performance, powerful sound, and strong braking.

It’s a familiar formula, but Biermann says Hyundai specifically wants to avoid performance cliches and formulas by delivering track-ready cars ready to compete with the strongest of rivals.

It’s a big step for a brand that’s attempted R-Spec cars and GT models in the past, and largely failed, due to handling and tuning that fell short of the German stalwarts.

Biermann calls out the Golf GTI by name. By his yardstick, it’s an ideally balanced hatchback that perfectly straddles the line between performance and practicality. It’s also in a category and price niche where these kinds of cars are in strong demand.

Bridging the gap to GTI fluency will take time, but Hyundai says it’s invested in growing a performance culture inside the company, and outside it, too.

The World Rally Championship series is N’s cradle, he says. Hyundai has fielded entries based on its subcompact i20 and used them as rolling test beds for N-brand development.

Hyundai says it’s translated that experience into the i30 N, but it’s delaying that car while it prepares its second N-brand car with the U.S. market in mind.

Biermann wouldn’t set a firm date for it, but says there’s a plan to bring that second N car as soon as possible to America.

New in 2012, the Hyundai Veloster is due for a major model makeover in 2018. While drivers sampled the i30 N, prototype Velosters with interesting exhaust and spoiler treatments loomed and looped the lot nearby. The Veloster suits the N mission: to keep performance affordable and approachable.

Biermann has no plan to blast out an entire range of N cars. There won’t be an N of every Hyundai vehicle, he says, unlike Mercedes-AMG or BMW M or Audi Sport.

Instead, Biermann has a careful plan to nudge N out from the shadows of those titanic German performance nameplates, to slowly build a following.