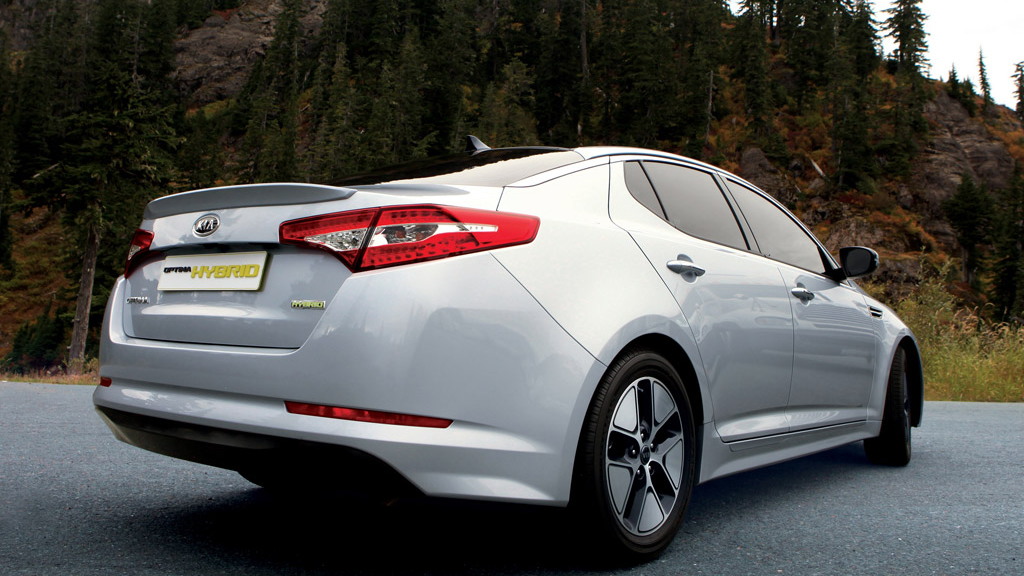 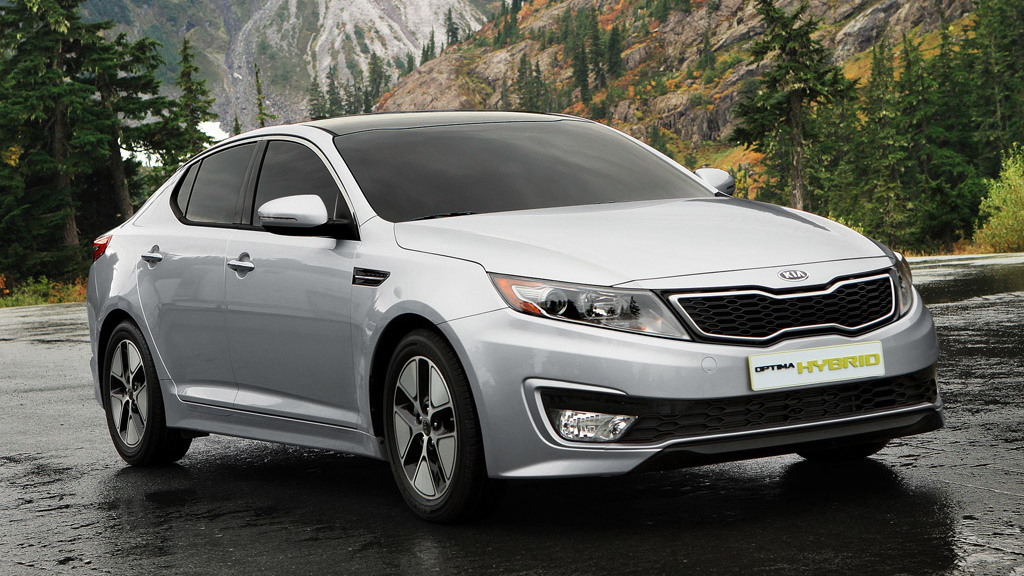 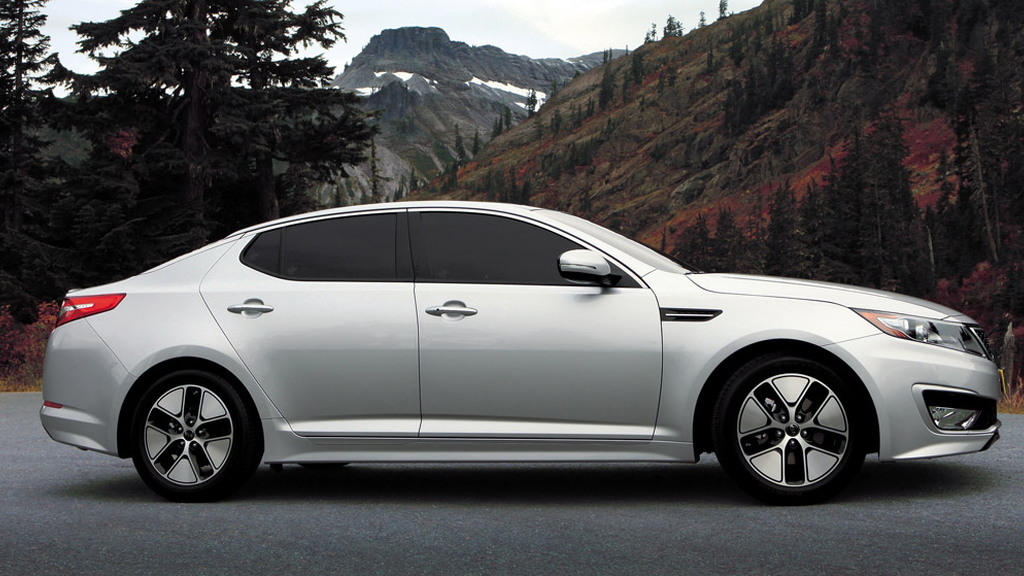 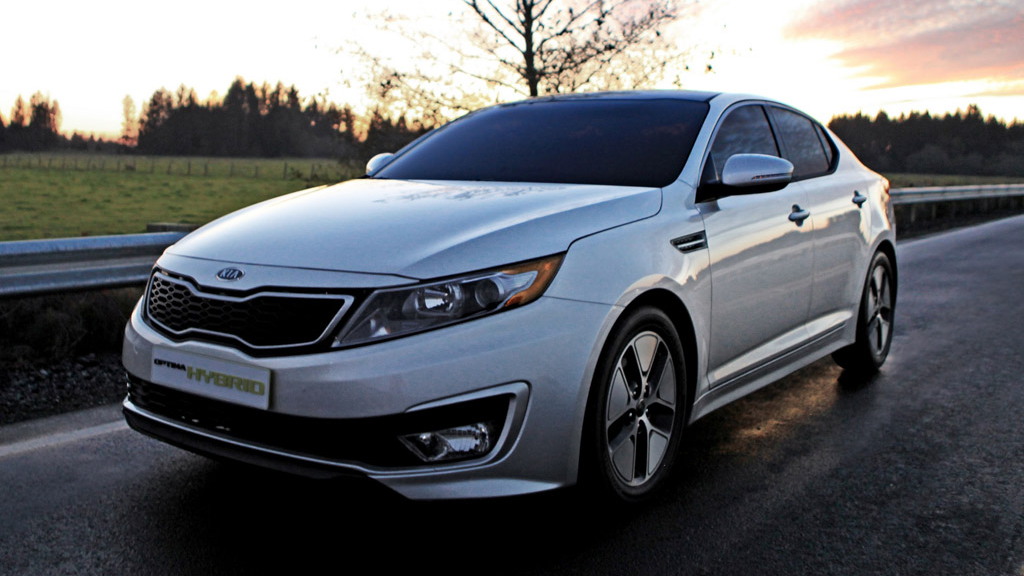 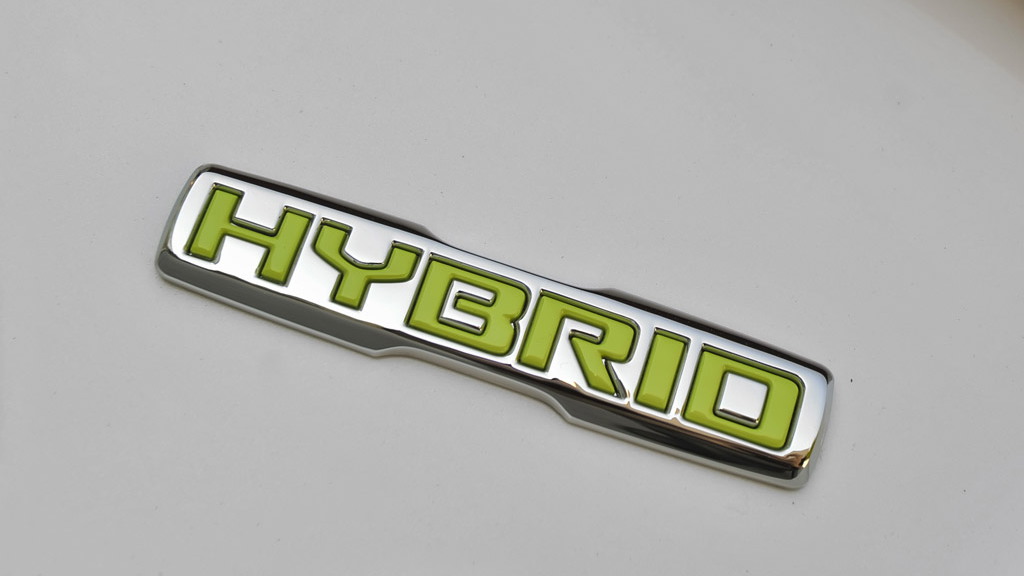 6
photos
The new Sonata Hybrid has been getting most of the limelight in the Hyundai-Kia family but Kia has a few bright spots in the pipeline that will certainly be making their mark when it comes to production time. Just this month we saw a concept version of a potential Kia Forte hybrid vehicle and now we have news of a gasoline-electric version of the new Optima sedan.

Unveiled today at the 2010 Los Angeles Auto Show, the new 2011 Kia Optima Hybrid is the South Korean automaker’s next big step into the high-tech hybrid world.

Created primarily with the U.S. market in mind, the vehicle returns a claimed fuel economy of 36 mpg city, 40 mpg highway and a combined figure of 38 mpg--impressive for a big family sedan capable of seating five adults. This represents a 40.7 percent improvement over the standard Optima sedan.

Despite being so frugal, performance is still respectable with the 0-62 mph sprint take 9.2 seconds and top speed coming in at 121 mph. Peak output of the car’s combined 2.4-liter gasoline engine and electric motor is 206 horsepower and 195 pound-feet of torque. Drive is sent to the front wheels via a six-speed automatic transmission.

The hybrid setup is a parallel hybrid system and features a special clutch fitted between the engine and motor, enabling the gasoline engine to be de-coupled from the powertrain so that Optima can be operated in zero-emissions, full-electric drive mode from standstill up to 62 mph. Importantly, the system’s configuration does not require a high-capacity electric motor and generator, saving weight and cost.

When setting off the Optima Hybrid operates in Electric Mode.  As vehicle speed rises, the Hybrid Starter motor/Generator (HSG) starts the gasoline engine and the clutch is closed, allowing the engine to take over the task of propelling the car. The electric motor switches into hybrid operation and serves as both a secondary engine (during full acceleration and hill-climbing) and a generator to recharge the battery pack as necessary. Whenever the car comes to a stop for more than a few seconds, the engine automatically shuts off to completely eliminate emissions.

When braking, the electric motor converts kinetic energy into electricity for storage in the battery pack.  The 8.5kW HSG also functions as a generator to re-charge the battery pack if the state of charge is low and when the car is stationary.  Throughout the entire driving experience, in everyday motoring, under all conditions, the entire hybrid operation is automatic and seamless.

The new 2011 Kia Optima Hybrid will arrive in showrooms early next year.