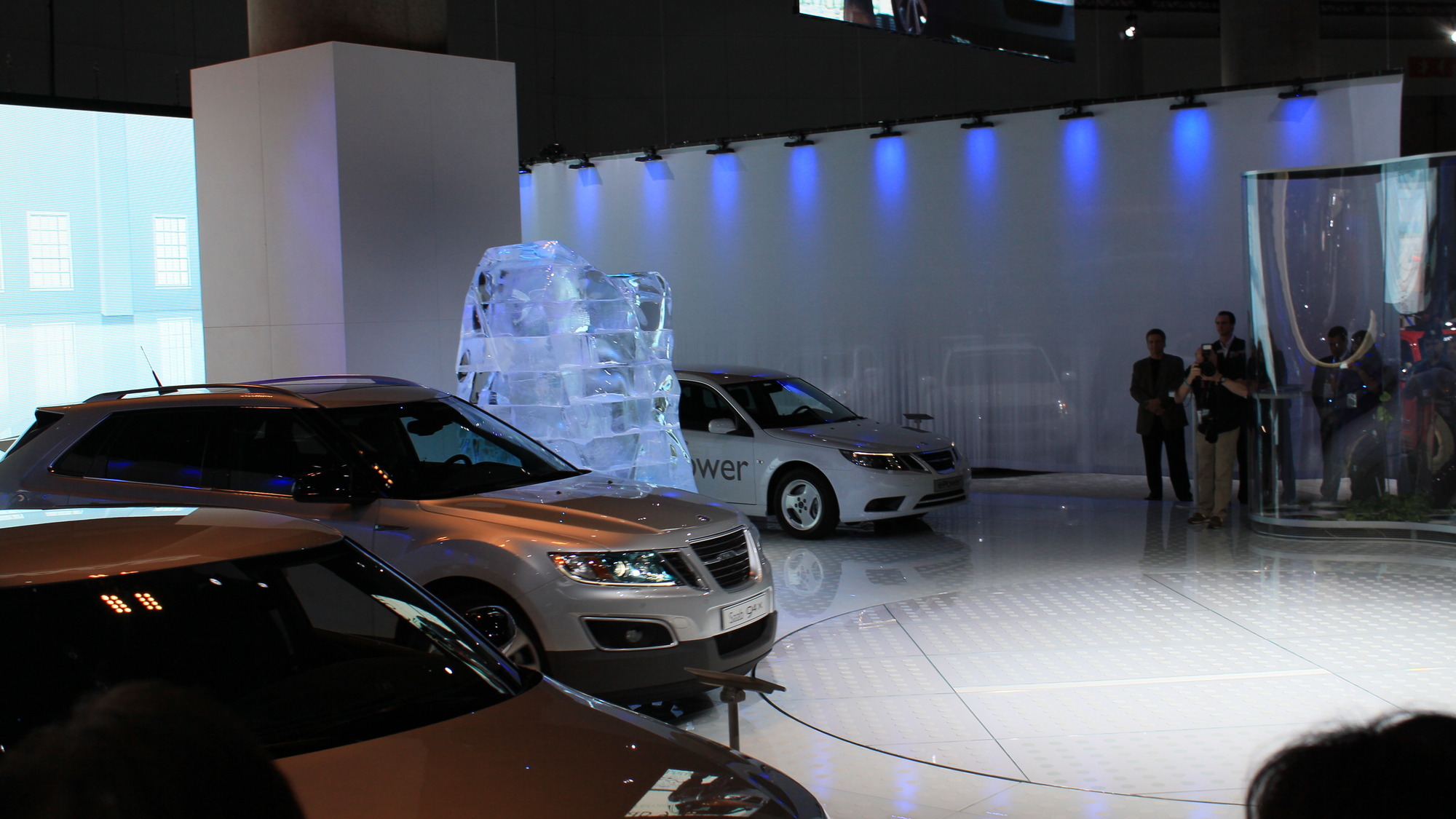 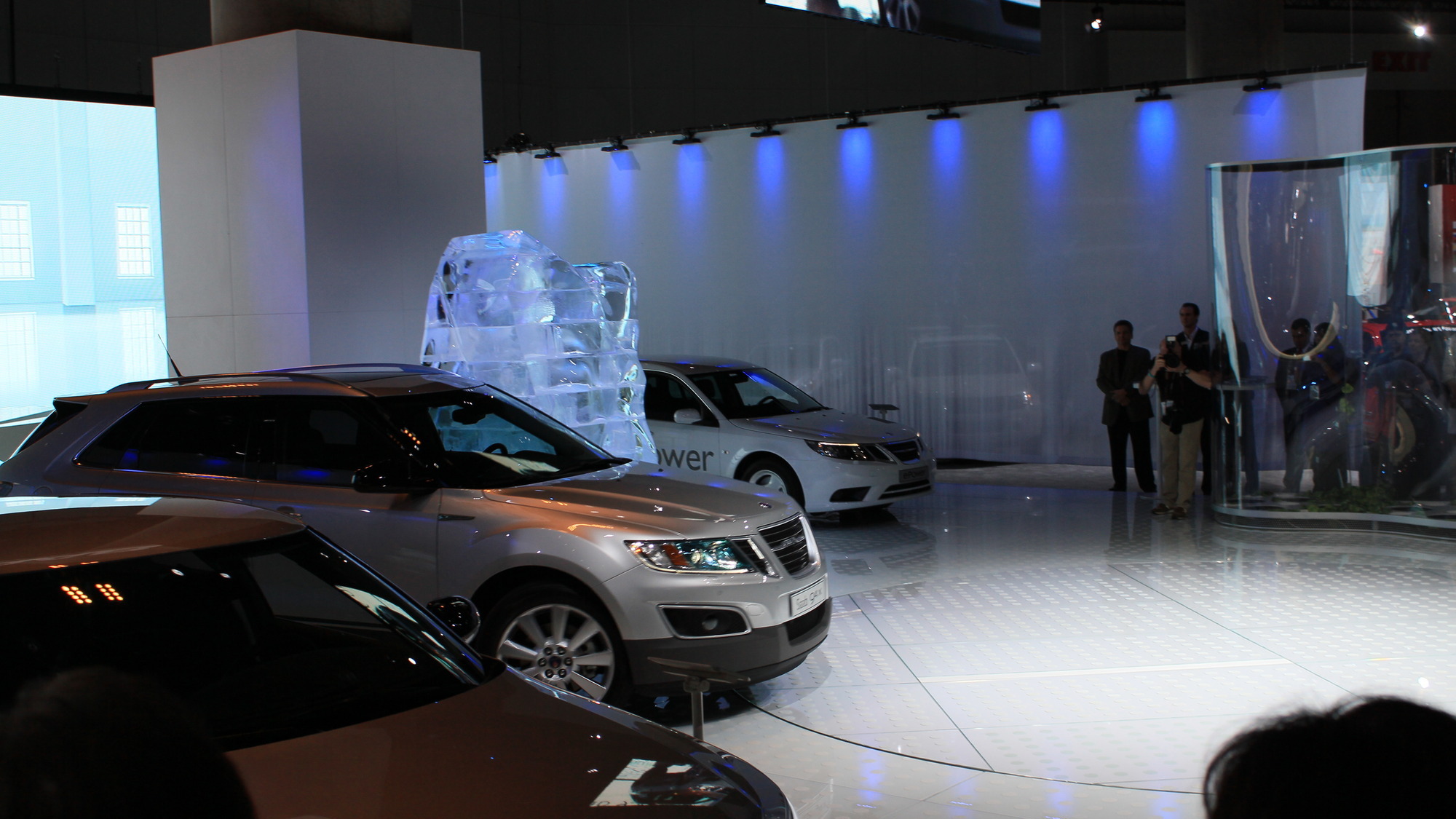 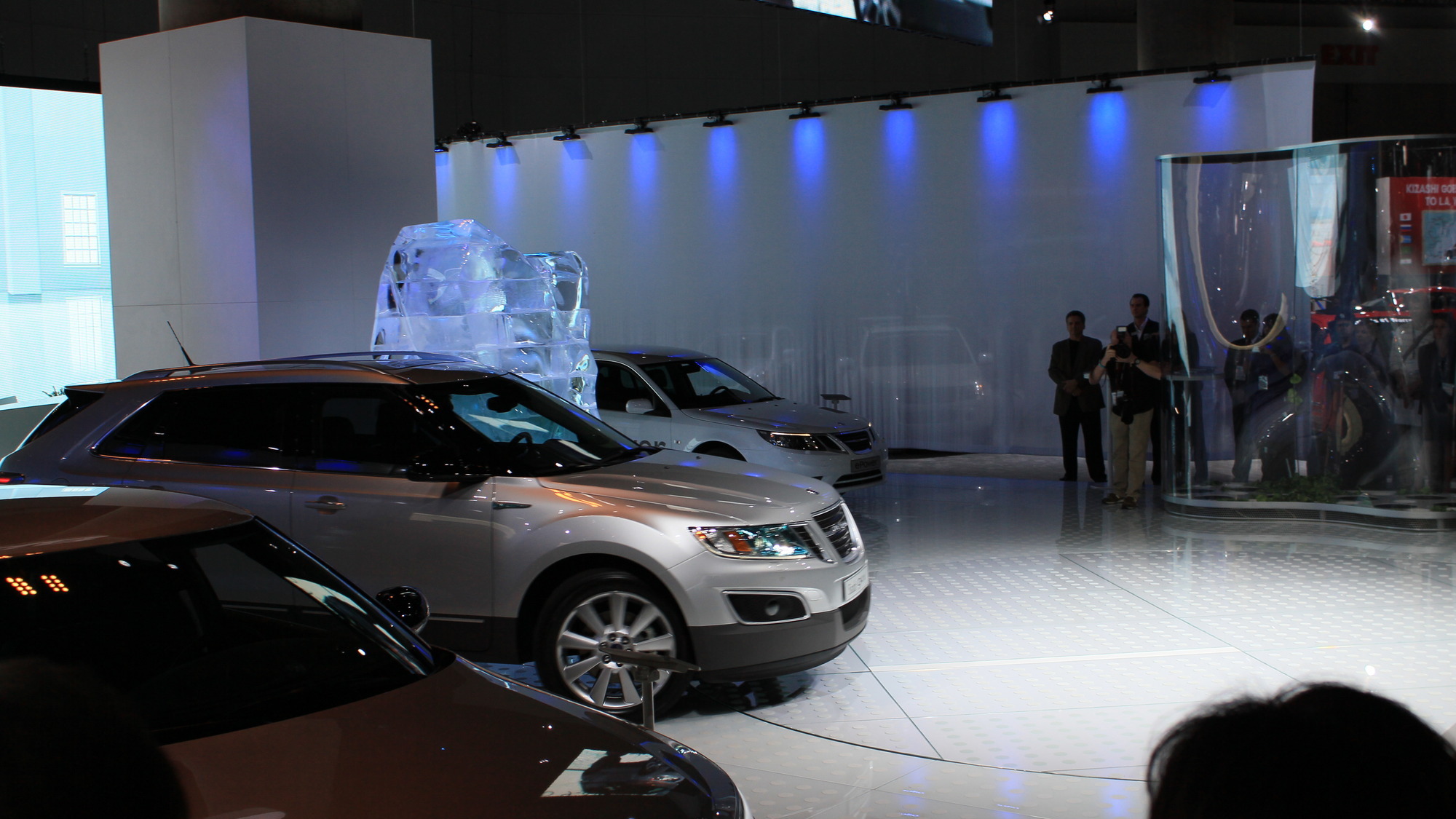 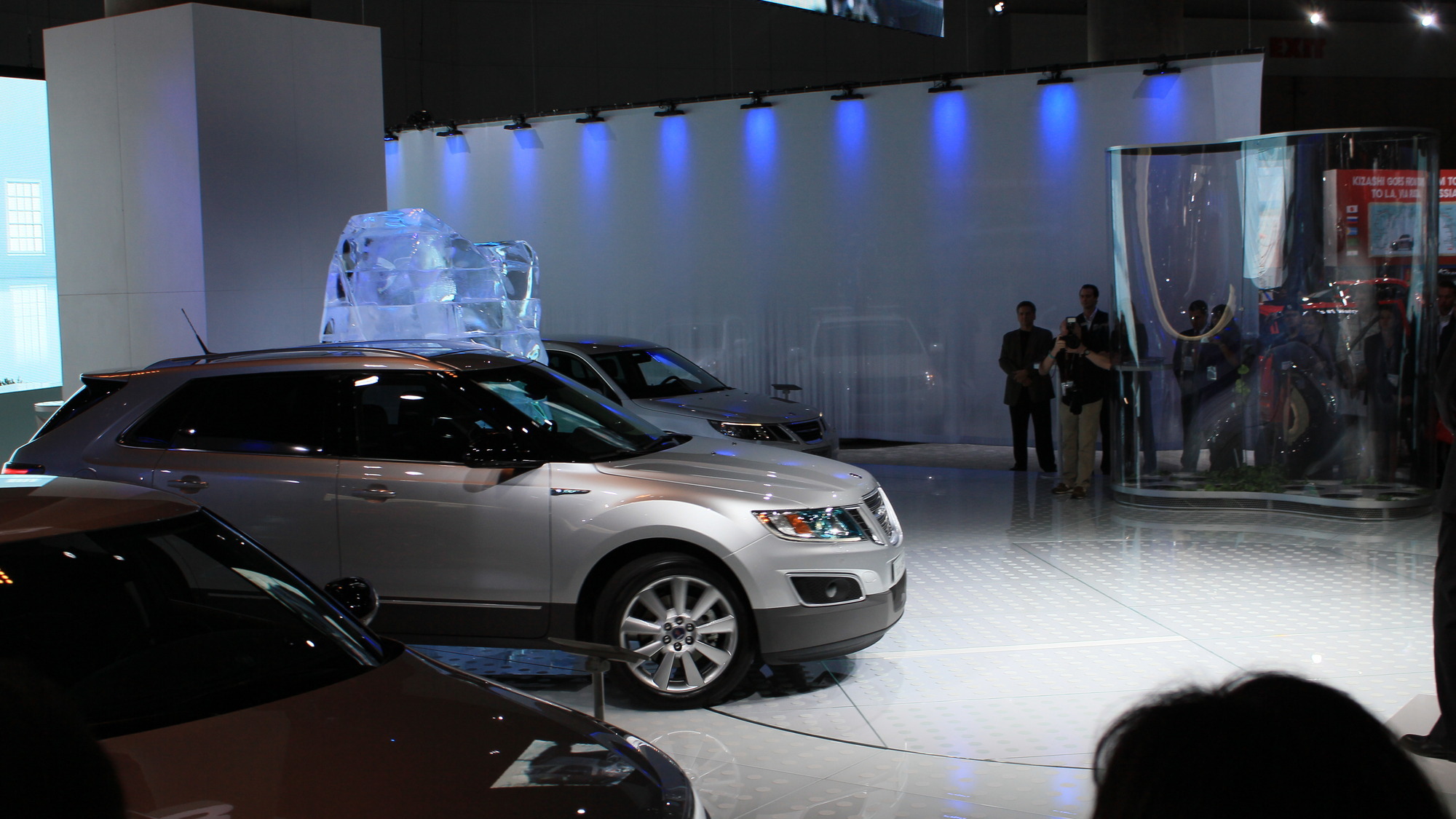 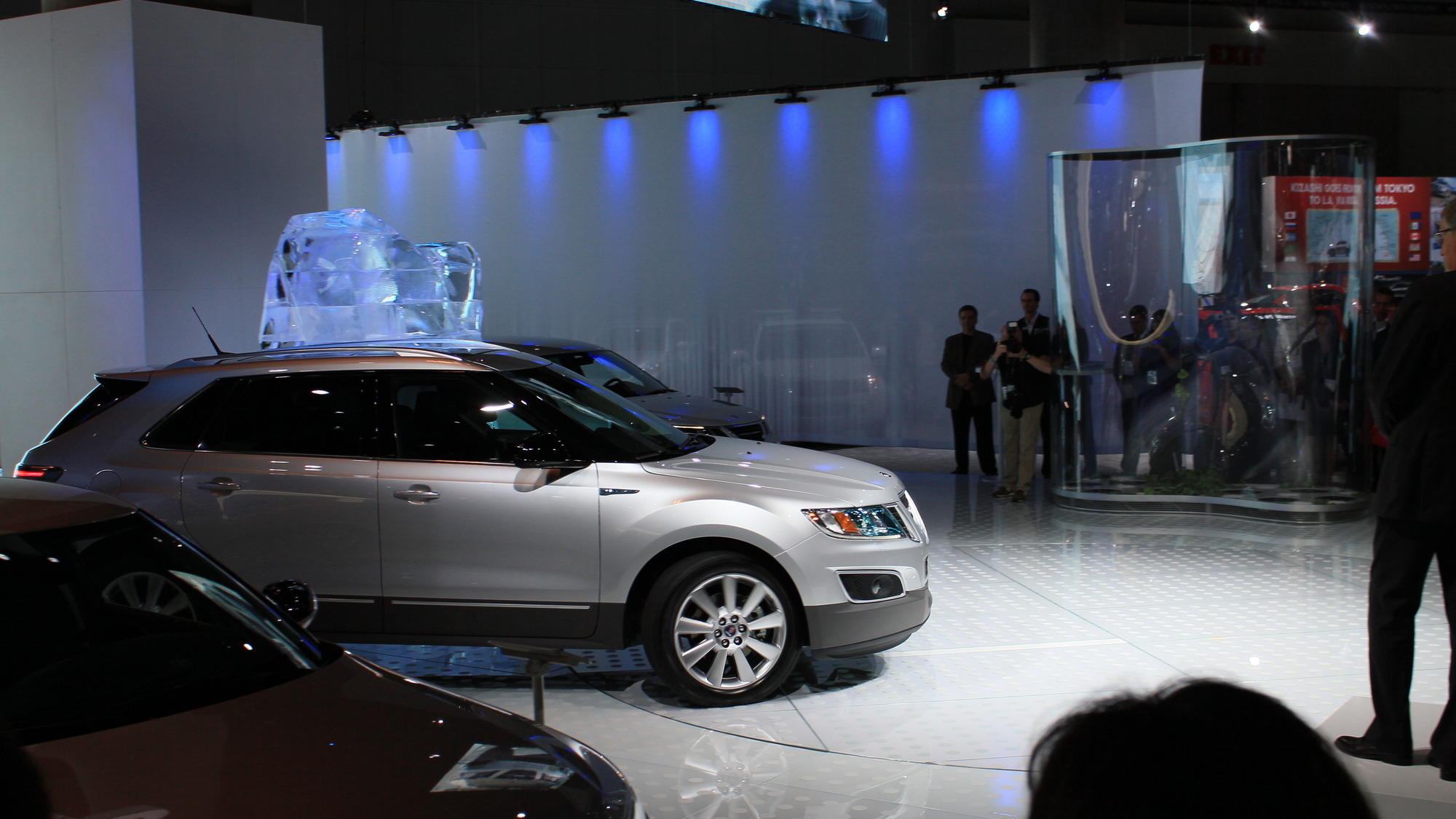 As Saab announced back in August, the 2011 9-4X just came out from behind the curtain at the 2010 Los Angeles Auto Show. The live photos confirm the production model will closely resemble the concept we've seen before.

So what is the new 9-4X? About what you'd expect, since it was co-developed with the Cadillac SRX before the split from General Motors. There's a definite flavor of the new 9-5's design to the vehicle, pointing to the "new" Saab's  corporate look for the near future.

Pop the hood and you'll find one of two V-6 engines: a 265-horsepower naturally aspirated 3.0-liter V-6 or a 300-horsepower turbo 2.8-liter six. The turbo is only available on 2011 9-4X Aero models. Whichver 9-4X you choose, you get a six-speed automatic transmission.

Beyond that, the new 9-4X's unveiling is pictorial. A leather-ensconced cabin, differentiated substantially from the SRX's with a more driver-focused layout to the instruments and controls (unfortunately leaving the passenger with nothing but a vent and a swoopy bit of plastic to look at), is among the more noticeable Saab-unique tweaks. Despite the 9-5ish exterior, there's still no mistaking the similarity in proportion and stance to the Cadillac that shares the platform.

Saab CEO Jan-Ake Jonsson says "The 9-4X significantly broadens the appeal of the Saab brand." That's true when you consider the only other models offered are the aging 9-3 variants and the 9-5 sedan. Whether it broadens the brand's appeal in comparison to the competition will depend largely on pricing (yet to be revealed) and public perception of the now Spyker-owned brand.