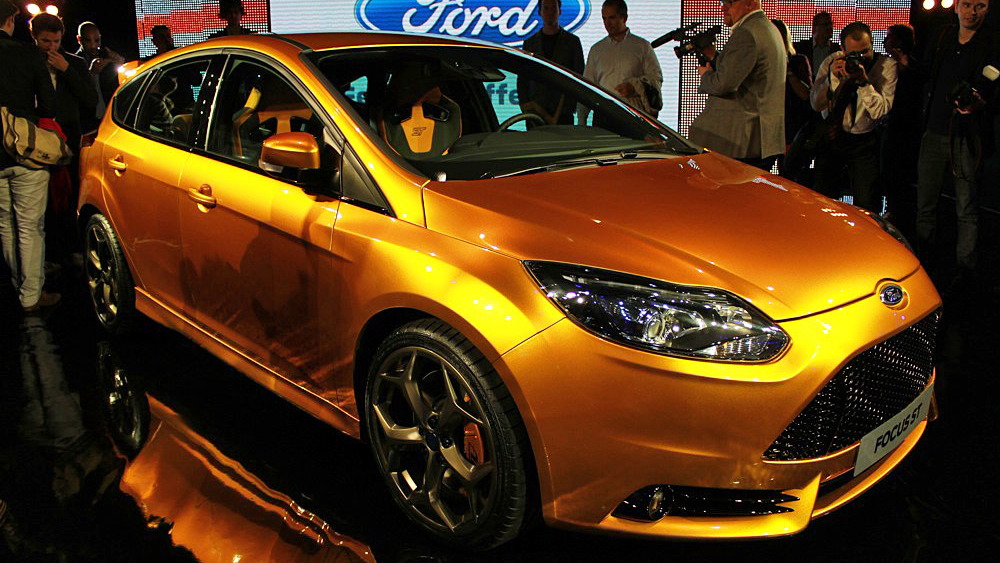 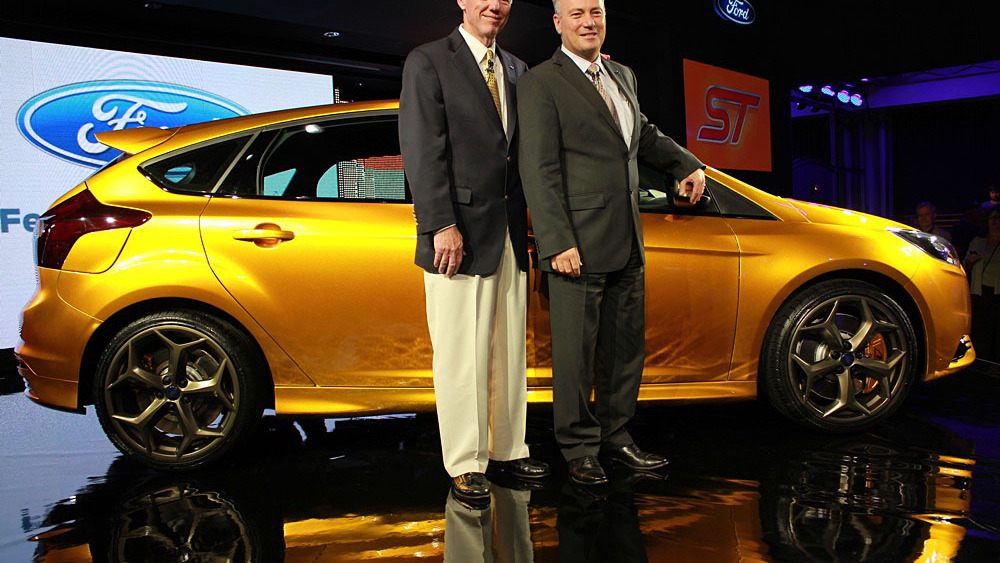 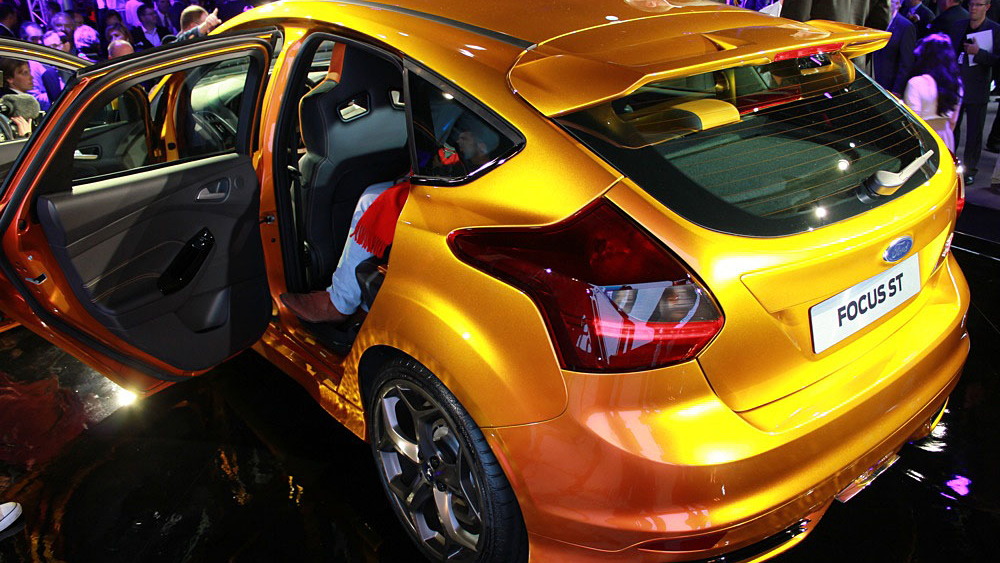 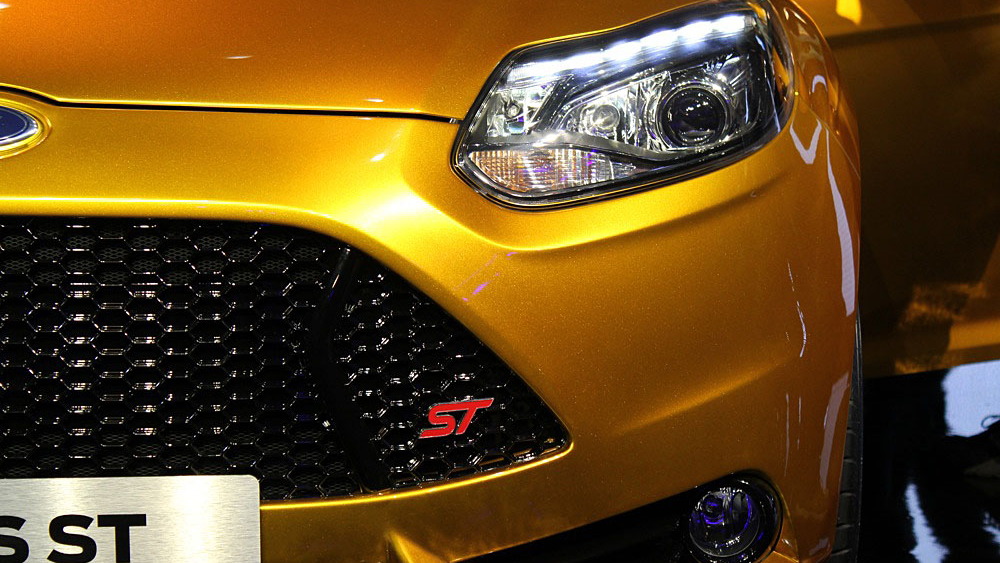 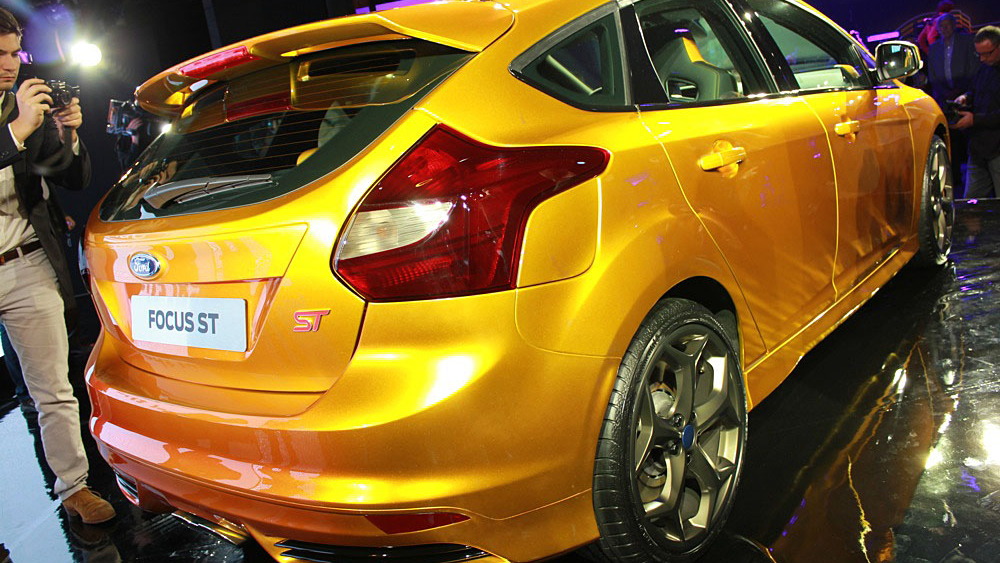 Ford opened its 2010 Paris auto show festivities with a crash--of a snare drum as it gave its new Focus ST performance hatchback a rock-star introduction near the Champs-Elysees a few hours before the show opened to the media.

The Focus ST will be on top of the model range, and alongside it in Paris, Ford will be showing off sedan, wagon, and hatchback versions. But it's the ST that's getting the most attention from the press gathering this year for the Paris Expo. And it's likely because of the 247 horsepower hidden underneath its bespoilered body and its bespoked wheels, and a coat of "Tangerine Scream" paint.

The sky-high power comes from a turbocharged 2.0-liter "EcoBoost" engine, rated at 247 horsepower for European consumption. Another powerplant in the EcoBoost family, this version also slots into some vehicles that no longer occupy a slot on the Ford family photo wall. It's also under the hood of the Range Rover Evoque also on display in Paris, as well as upcoming Volvo products.

The Focus is a global car, which means that maybe one day, the U.S. will also get the inevitable Focus RS that probably will see power level off at about 300 hp.

For now, Ford's simply confirmed the ST will make its way Stateside, along with the sedan model. America won't get the small Focus wagon, but the related Grand C-Max MPV is planned for a U.S. introduction late in 2011.