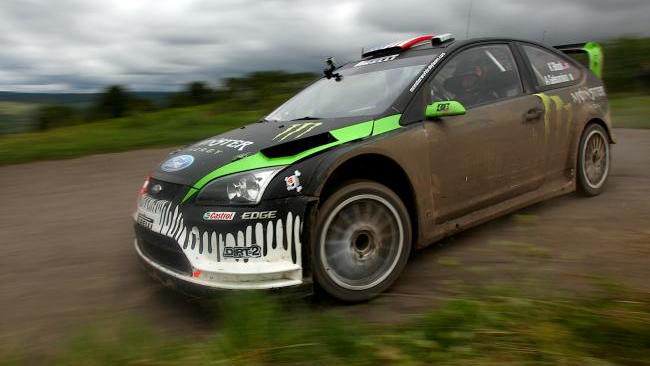 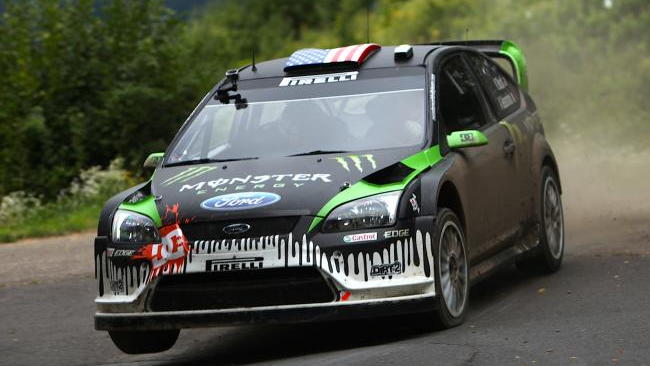 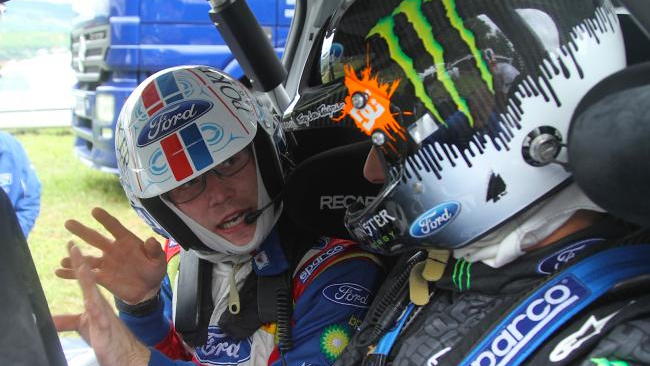 Testing in advance of Rally Deutschland, Ken Block and co-driver Alex Gelsomino are hitting the tarmac for the first time ever in their WRC Ford Focus. The video shows that Block and Gelsomino are quick studies, though whether it'll be enough to keep up with the WRC crowd is another question.

Because Block's rally experience lies almost entirely in RallyAmerica's schedule, he's only ever run two tarmac rallies, and none in the WRC. The video below is Block's first-ever WRC tarmac test, conducted just 45 miles east and four days in advance of the WRC's German stop.

"With zero tarmac rounds in the Rally America series, Alex and I are at a huge disadvantage here in Germany," says Block. "We have only raced two tarmac events before, and while we did win both of those events, I have no expectations of keeping up with the veteran drivers here."

Ford factory WRC driver Jari-Matti Latvala was at the test to help give Block an idea of the pace and some tips behind the wheel, but Block says, "Sitting in the car with Jari-Matti made me well aware of how much I still have to learn about tarmac driving."

Rally Deutschland kicks off today (in U.S. time zones) and runs through the weekend. Unfortunately, we're still stuck with delayed recap coverage at best, but you can follow the action on the official Twitter account below.