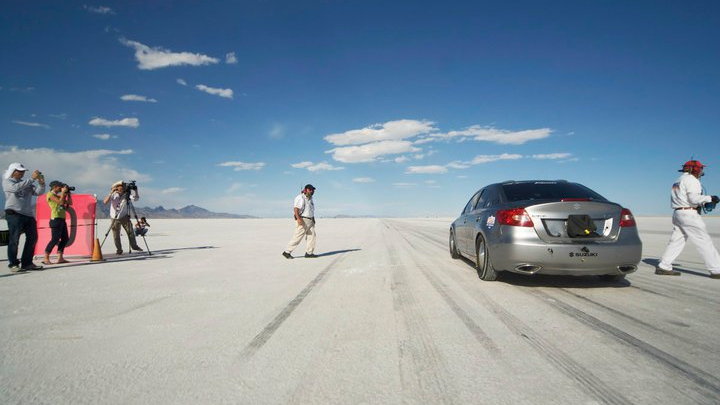 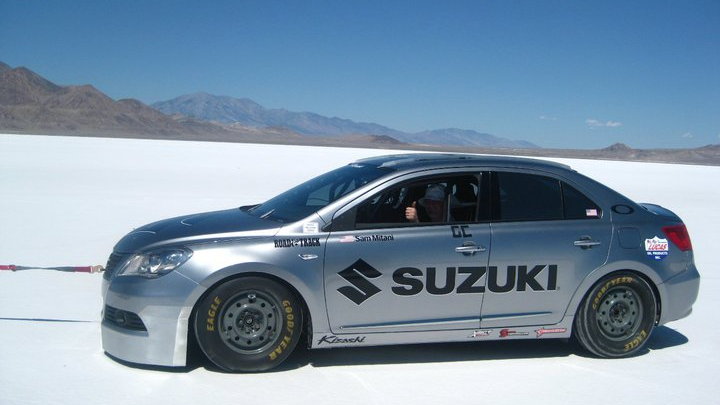 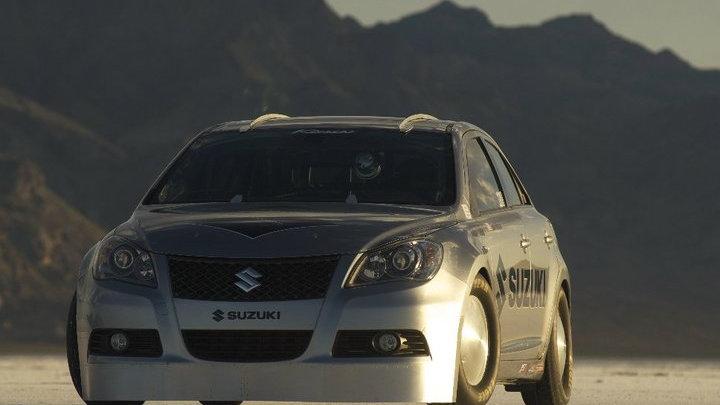 Ask just about anyone at Suzuki why their cars aren't as popular as their motorcycles and you're likely to be greeted with a confused look. They build great bikes, and they put the same effort into their cars, so why the disconnect? Perhaps it's the name, perhaps it's the market, but whatever the reason, the brand is pushing hard to get some cred when it comes to performance. That's where the Kizashi's Bonneville salt flats speed run comes in.

The Suzuki Kizashi is an impressive car. We found it to be more than capable and a true bargain performance sedan when we tested it on the backroads on the way to Virginia International Raceway, and found even more to like when we got it on the track. But making the crossover from in-the-know enthusiasts to the general market takes more than an unassuming bargain. It takes broad strokes.

Running over 200 mph is a pretty broad stroke. Piloted by Road & Track's Sam Mitani, a specially-modified Kizashi hit 203.720 mph at the Bonneville Speed Week, breaking the record for its class by 1.419 mph. Not bad for a first attempt by the automotive side of Suzuki's team.

To get to the record-setting speed, the Bonneville Special Kizashi used a Turbonetics turbocharger at 16 psi and an air-to-water intercooler to boost the 2.4-liter four-cylinder over 500 horsepower. Other modifications included a new intake manifold, a tuned 'long tube' header and forged rods and pistons for high rpm endurance, a new set of coilover shocks, seam welded steel wheels, high-speed Goodyear tires, an air dam for better aerodynamics at speed, a parachute system to slow the car, and a dual fire system in the event of a mishap.

For more on Suzuki's Bonneville speed run, check out Suzuki's Facebook page at the link below.