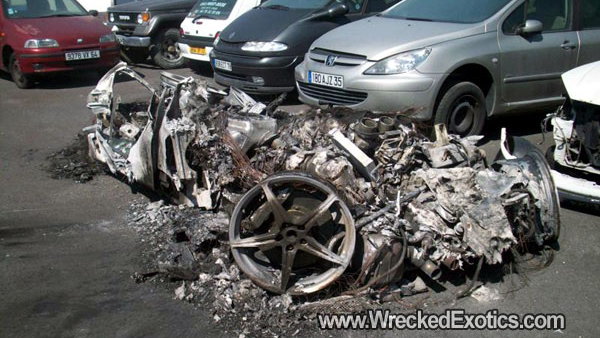 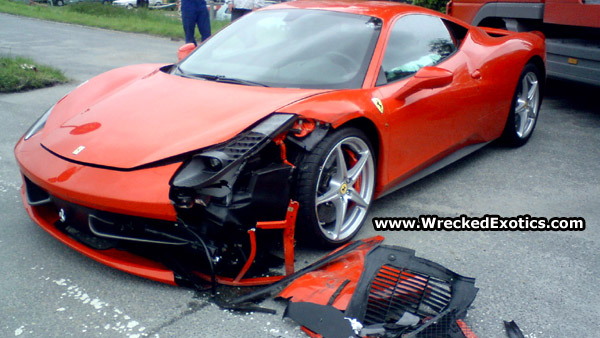 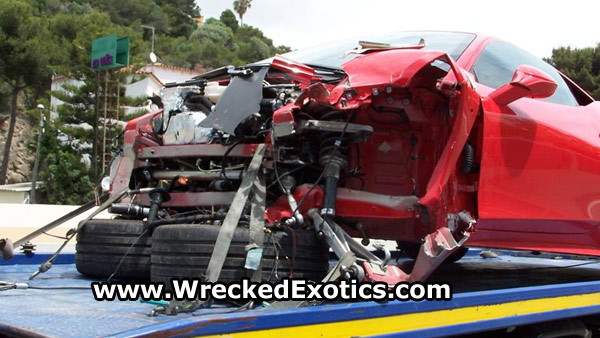 Earlier this week we brought you news of the first known Ferrari 458 Italia fire casualty, and before that we showed you the first of the three known Italias lost to crash damage. Today we are pained to bring you images of the fifth, and certainly most horrific, 458 Italia destruction.

This one was consumed--completely--by fire. The conflagration started in the engine bay and apparently rampaged unhindered for quite some time. Long enough to melt or consume all of the soft pieces and a good deal of the metal ones, including melting the alloy wheels from the inside out. The brake rotors appear to be the only parts still near their original shape.

Head over to Wrecked Exotics at the link below for more images of this melted 458, as well as photos of the other four known lost Italias.