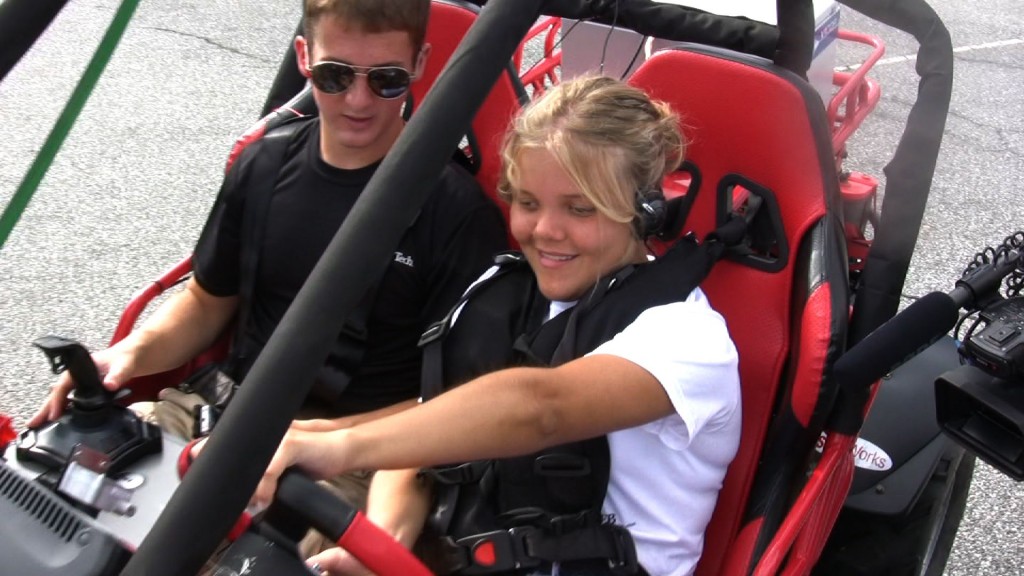 Driving and not being able to see are generally a bad combination. This fact, unfortunately, robs blind people of the joy and convenience provided by the ability to drive. The National Federation of the Blind (NFB) is working with the Virginia Polytechnic Institute and State University College of Engineering (Virginia Tech) to change this.

A prototype vehicle is undergoing testing at the moment, and the technology is being prepared for production vehicle applications. The goal here is not necessarily an autonomous vehicle that will carry blind passengers, but quite literally a car that blind people can drive. In response to NBF's Blind Driver Challenge, Virginia Tech has set out to create a system that allows drivers to control a car with his or her non-visual senses, like touch and hearing. The organization hasn't been specific yet, about the details of the methods used to achieve this unique link between driver and machine. Check out the video below for a look at the project in progress, and some footage of the test buggy being used to prove the new equipment.

The concept will be introduced to the public in the form of a modified production vehicle early next year at the Rolex 24 At Daytona. The team has chosen a Ford Escape to demonstrate the capabilities of the non-visual interface. One very lucky blind driver will guide the Escape through a section of the Daytona International Speedway track on January 29, 2011 as part of the celebration.

So, what does this mean for the future blind drivers? Dr. Marc Maurer, President of the NBF, is committed to complete integration of the blind community with the general public. The ability to drive like everyone else would be a big step in achieving this. I'm in favor of equal opportunities for everyone, but I must admit I'm skeptical about the outcome here. I rely so heavily on my sight for driving that I find it hard to believe that this sense could be replaced. You introduce some critical delays when you allow the vehicle to do the seeing for you. Autonomous vehicle technology has come a long way for sure, but has yet to really be proven on public roads. In my opinion, it would have to be absolutely flawless to be ready for this kind of application. Science isn't quite there yet, and I don't think the public is quite ready yet. So, to answer my own question: does this sound scary? In a word, "yes". It's a really fascinating and potentially groundbreaking project, and I have no doubt that the engineers involved with the project have considered every angle, so I'd love to be proven wrong.

What do you think? Are you in favor of blind drivers behind the wheel, or do you have concerns about the success of this technology?

[National Federation of the Blind]