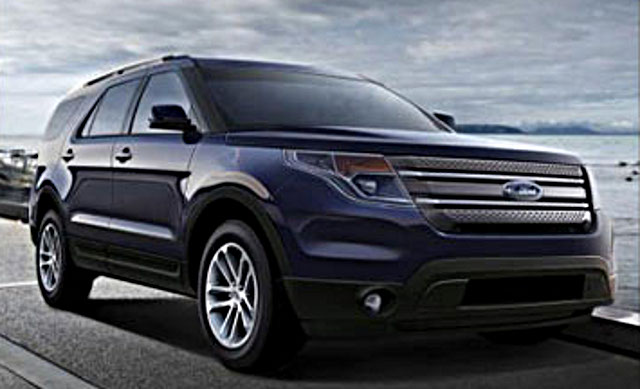 After nearly completely undisguised spy shots, this image of the 2011 Ford Explorer is a bit anti-climactic, and to make it worse, it's not even real: it's a rendering. It does adhere closely to the spy shots and released teaser image, however, meaning less Explorer America influence and more Ford Flex.

Originally created for Australian website CarAdvice, the image nevertheless depicts a good estimate for the final production Explorer. The black plastic lower air dam/bumper, dark chrome grille slats, and inset foglights all reflect what we've seen in previous spy shots in shape, but the coloration was previously disguised by camouflage.

Other than that, there's not really much new to see here. The styling work will help distinguish the Explorer from the otherwise rather similar but slightly smaller Edge, while the Flex's unique profile will continue to make it instantly recognizable.

Ford has already confirmed the Explorer will get both four- and six-cylinder EcoBoost engines as options. Beyond that, we'll have to wait for the official unveiling to learn pricing, trim levels, and other specifications. Look for the 2011 Ford Explorer to make its debut later this summer.

[CarAdvice via The Mustang Source forums]