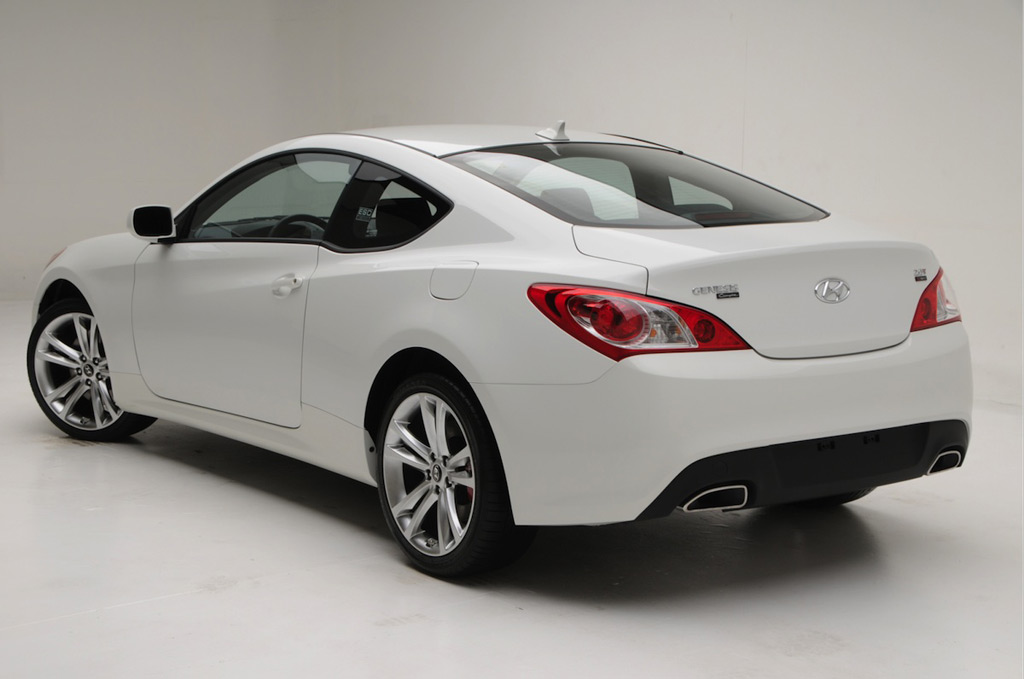 High-performance, inexpensive rear-wheel drive coupes are uncommon sights, but Hyundai has just added one to the short list with its new 2010 Genesis Coupe R-Spec. Starting at $23,750 and offering a minimal range of features--the better for later customization--the R-Spec promises to be just what the aftermarket tuner wants.

The basic package offers as much performance as the Track model, but at a $3,000 discount, freeing up some cash for whatever the buyer might like to add--perhaps a larger turbo, intercooler and associated electronics, or maybe a serious audio/video system and a unique paintjob. Whatever the mods, the R-Spec goes the extra mile to draw in the tuner market. Only sales will show how successful Hyundai has been.

The new 2010 Hyundai Genesis Coupe 2.0T R-Spec will make its official U.S. debut at next week’s 2009 SEMA Auto Show in Last Vegas before going on sale nationwide soon after.