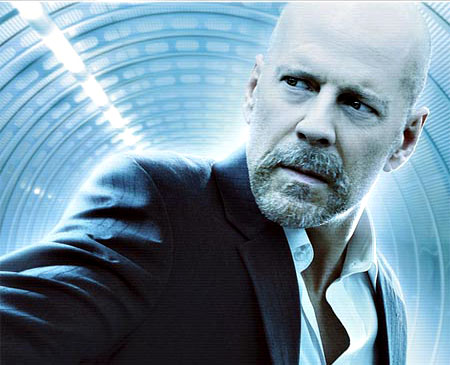 Like any actor, Bruce Willis' career has had its ups and downs. Up? Pulp Fiction, Armageddon, The Sixth Sense, The Fifth Element, Die Hard. The downs? Nancy Drew. There, that about balances it out, right?

But Bruce has been mostly up, so we're not at all worried that he's auctioned off his 1967 Chevrolet Corvette Sting Ray. It's not a sign of impending financial doom, no Neverland unraveling in process. (Remember, he pawned off another aging piece of hotness before the existential numbness of living with something so old set in.)

So, for $165,000, Willis dispensed with his classic 'Vette through Barrett-Jackson, despite some incorrectness. The classic 427 V-8 had matching numbers, a stinger hood and knock-offs, but also had custom paint and a CD changer in the glove box.

Willis will now turn his attention to his newly regained hotness--it's the beard, right?--and the impending release of Surrogates, a role we'd gladly assist him perform.