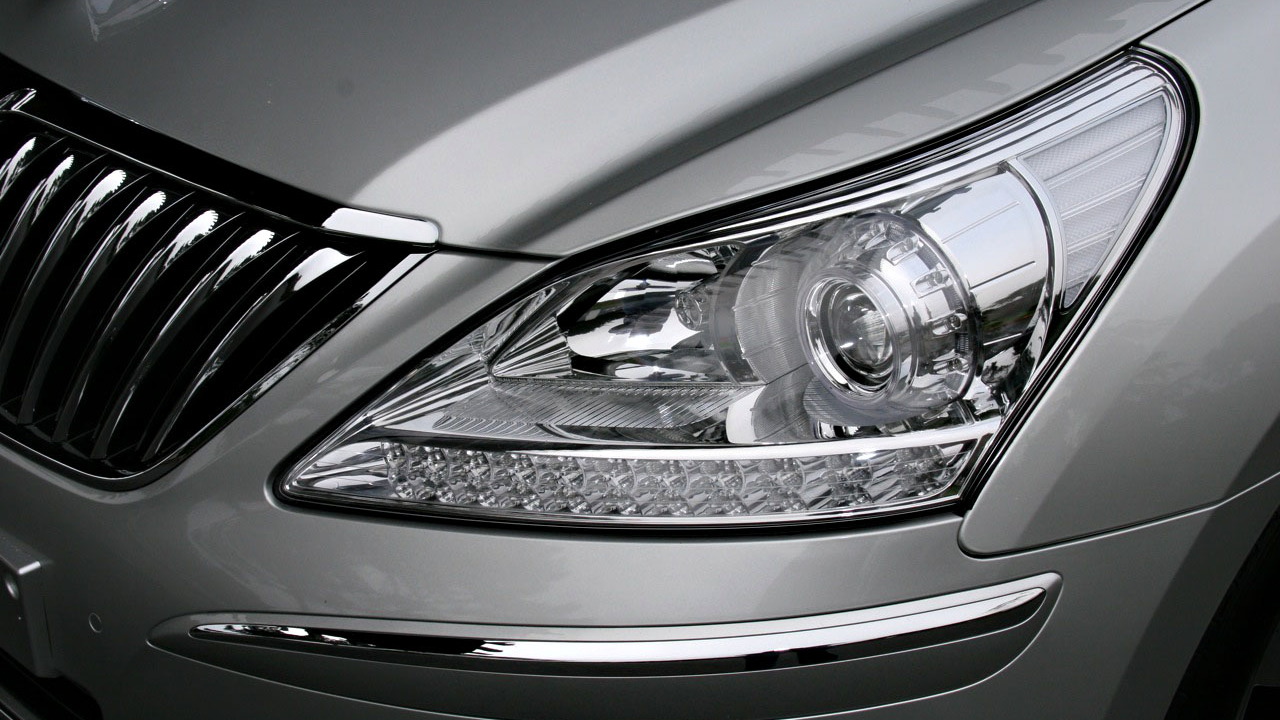 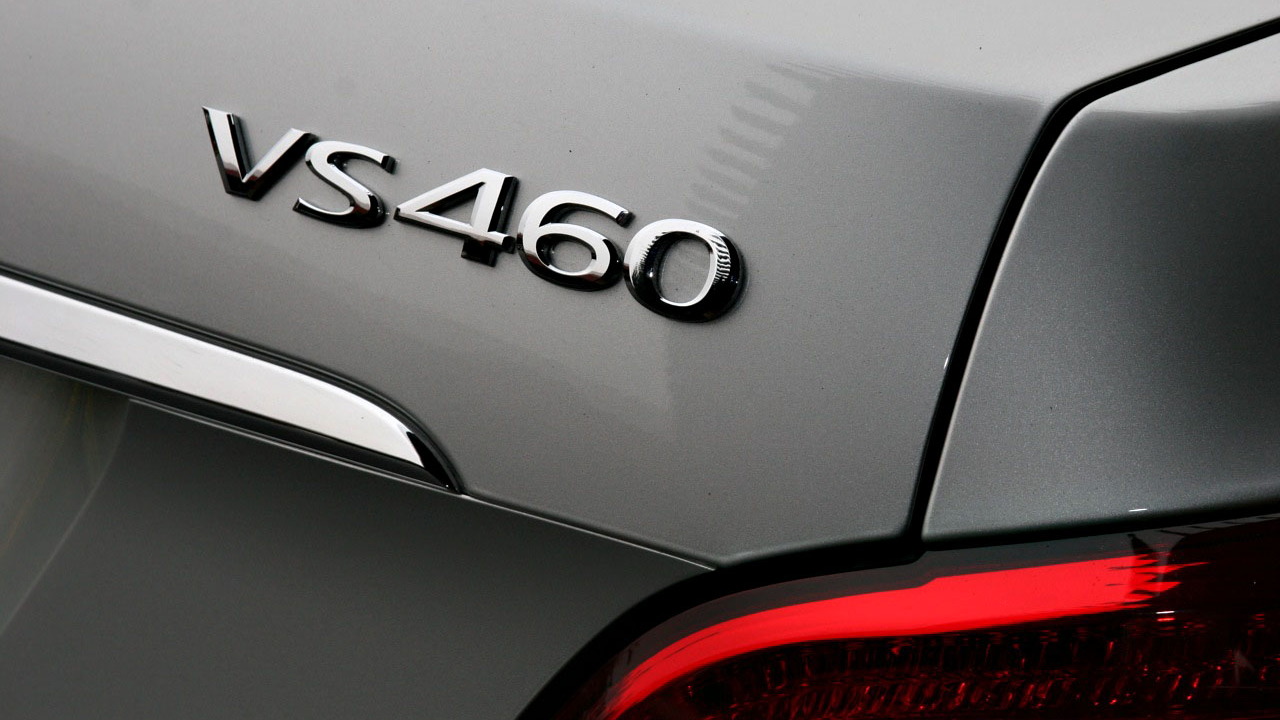 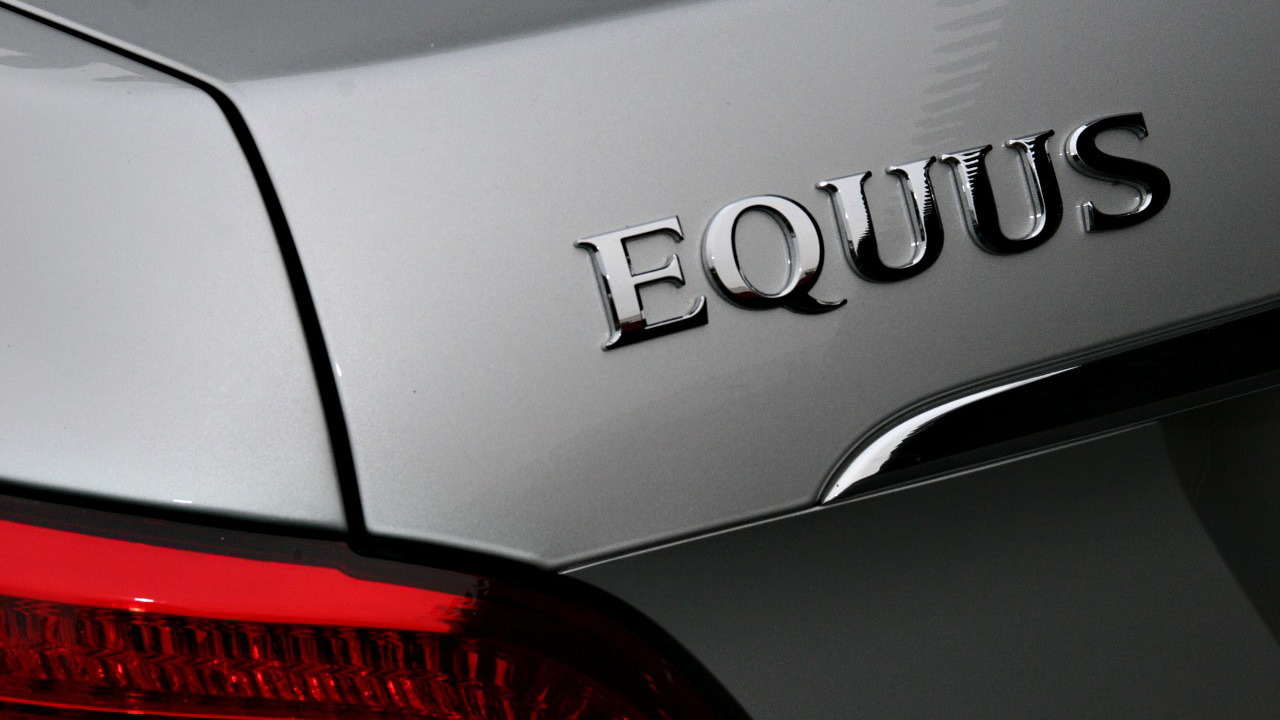 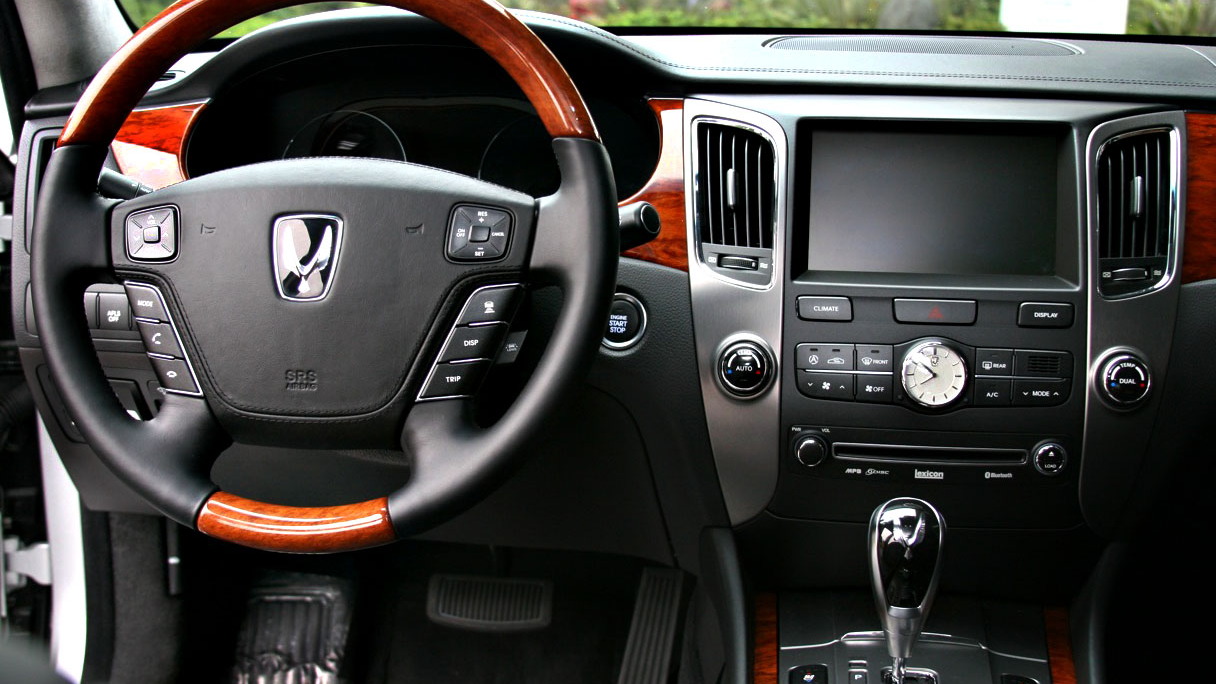 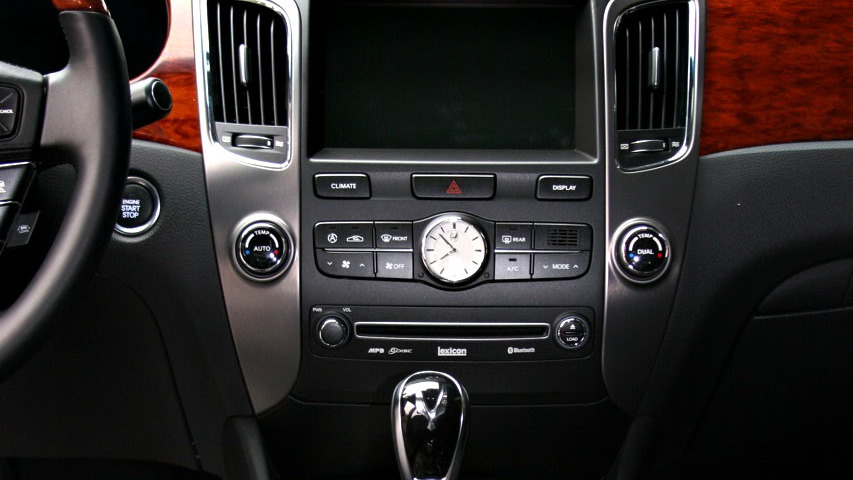 If you were too easily offended by Hyundai--yes, Hyundai--proclaiming its Genesis sedan could duke it out with the likes of Lexus and Infiniti, boy, are you going to be irked.

Come next year, Hyundai's taking it one step further. And bigger. And richer.

They're doing so with the 2011 Hyundai Equus, a long-legged relative of the Genesis that's already on sale in South Korea--and now, officially, headed to the U.S. market at the end of summer 2010. A rear-driver, the Equus shares the Genesis' architecture, its "Tau" V-8 engine, its ZF six-speed automatic transmission, and its newfound confidence in style, execution and mission.

This weekend at the 2009 Pebble Beach Concours, Hyundai is giving the Equus a "soft" launch, as it starts to get out the word on its new flagship. Motor Authority was among the first to go for a short ride in the new Equus while prepping for the big classics displays at Pebble Beach.

With Ewanick at the wheel, we took to the streets of Monterey to see how different the Equus could be from the mechanically related Genesis--and how much of a threat it might be to the trio with the stranglehold on American luxury sedans: the BMW 7-Series, Lexus LS and Mercedes-Benz S-Class.

(A confession: we may also have accidentally pushed Hyundai folks out of the driver's seat, and taken the Equus for a few miles' worth of driving. Yes, rude. We're not calling this a first drive for a reason--we road-test U.S.-market vehicles and this was a Korean-market prototype.)

From genesis to Equus

By now you know the story of how the 2009 Hyundai Genesis showed up in showrooms and took home a North American Car of the Year award and made other established luxury brands a little nervous. That successful launch has given Hyundai the confidence to go ahead with its even bigger Equus into what Hyundai vice president of marketing Joel Ewanick says is the "worst downturn in the car market ever."

Timing is everything, but the Equus has its groundwork laid by the Genesis, to some degree. Unlike Volkswagen--which launched the expensive Phaeton and priced it nearly twice as high as its Passat sedan, then pulled it from the U.S. market--the Equus has the Genesis as proof of its intent, and its qualifications. And like the Genesis, the Equus is likely to slot into its class, with a sticker thousands of dollars cheaper than its rivals.

The comparisons to the Genesis crop up repeatedly, and favorably. One look at the Equus and it's clear it's a bigger, more formal sedan. With a wheelbase 4.1 inches longer than the Genesis, the Equus also has lots more elaborate brightwork on its front end. Also, it has a hood ornament, shaped vaguely like a bird in flight. The last car we drove with a real hood ornament? The Rolls-Royce Phantom, and that Flying Lady is retractable. (Hyundai says the Equus won't come with a hood ornament installed--but it will make sure dealers have boxes of them, in case a customer wants to replace the emblem on U.S. versions.)

The Equus also sports a 4.6-liter, 375-horsepower V-8, and a six-speed ZF automatic transmission, same as the Genesis. The "Tau" V-8 is a strong piece, and quietly thrusts the Equus around Monterey without fuss. There's a 5.0-liter version in the works, the rumor mill suggests, but Ewanick can't confirm if it, or a long-wheelbase Equus, are in the product plan for the U.S. All-wheel drive? "Not now," is the best we could get.

To bring the Equus to the U.S., Hyundai has to tailor it more squarely to American tastes. Aside from cosmetic details like the hood ornament, that means revamping the sedan's ride and handling. The air suspension is likely to stay, but Ewanick says the tuning is "going to be more in that S-Class and LS area in terms of ride quality and handling...and discerning owners in that segment know exactly what that means."

What doesn't need tweaking is the Equus' hushed cabin sounds. Hyundai's already taken extensive measures for noise and harshness control, to give the Equus the kind of isolation that the Lexus makes a brand hallmark. Adhesives and body welds together give it structural strength, and lots of sound deadening gave the prototype we rode in a very well-hushed ride.

Other details under discussion include the interior features. The excellent Lexicon audio system from the Genesis will be fitted to the Equus, along with an updated navigation system. Wood trim will be standard, along with a plush suede headliner. And in the roomy back seats--plenty of room for six-footers to cross leg over knee--will get fold-down wooden trays, and either a single or dual LCD screens.

The year-long march of the Equus to the media, dealers and potential customers is driven by the lessons learned with the Genesis. It's also giving the company time to figure out how to brand the new car, and how to treat customers paying three times as much as those shopping for a Sonata.

As for the name, "We kind of favor Equus," Ewanick explains, "we think it's a cool name, [but we're] still looking at alternates." Hyundai could, in fact, badge the car as "Equus by Hyundai" to distance it somewhat from the other vehicles in showrooms.

As a halo car, the Equus dealer experience will get upgrades. There won't be a separate brand for the Equus anytime soon--that idea is not dead within Hyundai, but not happening now, Ewanick says--but special training for dealers and service people is part of the plan. Hyundai is investigating whether it wants customers to come into showrooms at all--reps could pick up and deliver cars for service, under one scenario.

While it hashes out the details, Hyundai will show the Equus at future auto shows. When it reaches dealers at the end of summer 2010, it will join a new 2010 Hyundai Tucson already on the way, and will precede the new 2011 Hyundai Sonata and Sonata Hybrid to showrooms. Hyundai will be "conservative" on pricing, which may mean a proportional step up from the most expensive Genesis sedans, somewhere around or above $50,000. Only 100 to 200 dealers will be allowed to sell the car, and Hyundai only expects to sell 1000 to 2000 cars annually while it feels its way around the luxury end of the market.

At that price, the Equus could prove as compelling as the Genesis has been to near-luxury shoppers. The Genesis has brought Hyundai new customers while other pure luxury brands are losing share, and the low-volume Equus should do the same, Ewanick concludes. "These cars will lock in that market share gain and take us to the next level."