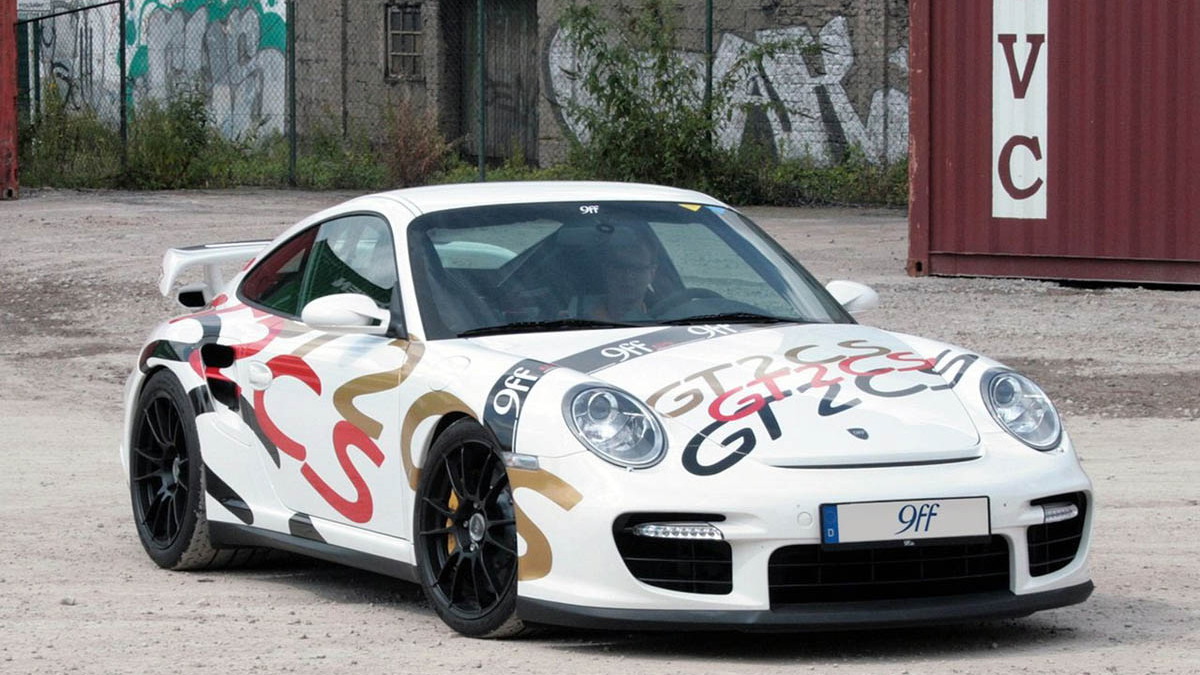 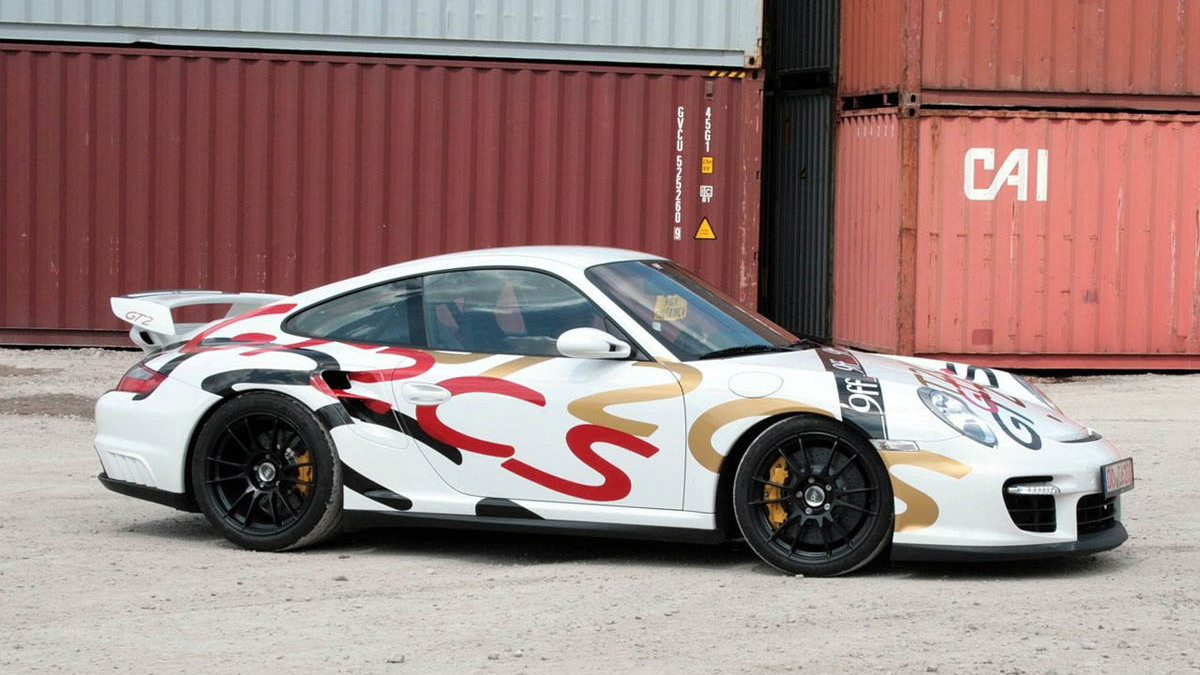 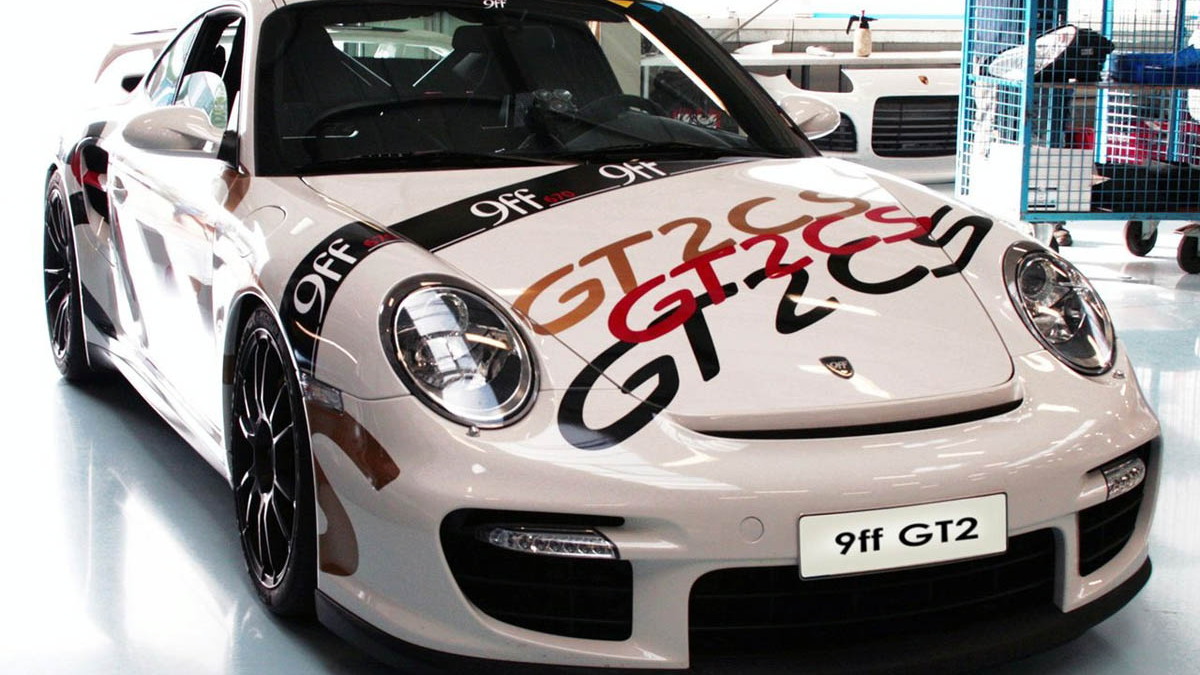 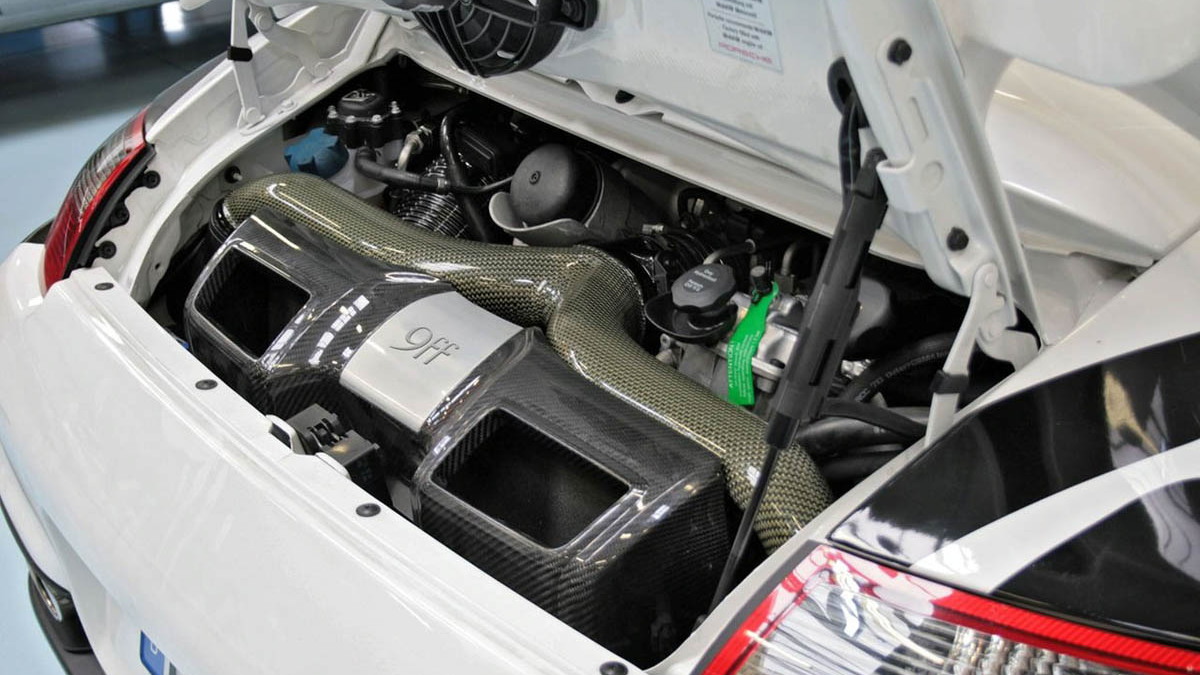 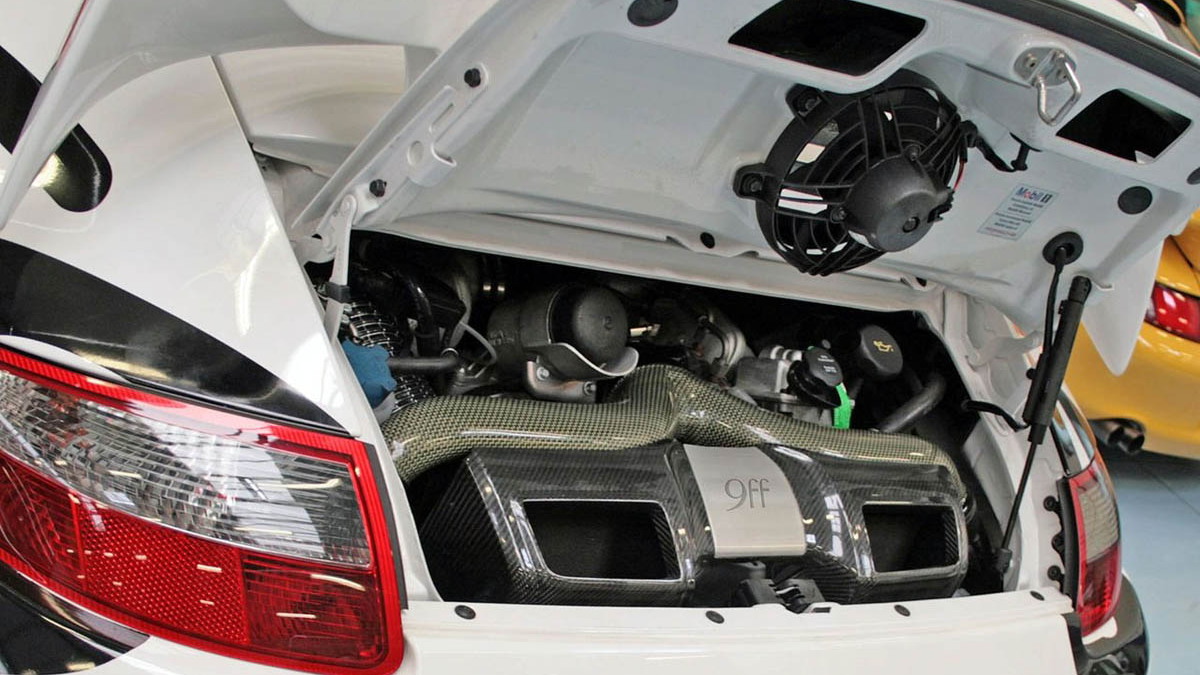 10
photos
In terms of factory-built near-race cars, the Porsche GT2 is a legendary beast - its current generation generates 530hp (395kW) in stock form, and its raw, unbridled character is famous (or infamous) thanks to the rear-drive, rear-engine configuration. The tuners at 9ff decided it just wasn't quite enough, however, and decided to fit a special variable turbine geometry turbocharger and extensive engine mods to bring power up to a ZR-1 beating 670hp (500kW).

The V670 turbochargers are only part of the story, but they are an imporant part. A custom 9ff air intake manifold helps the turbos breathe, while in-house designed and built racing headers and exhaust system helps flow through the engine. A custom valve on the exhaust allows the driver to choose from a tamer near-stock sound level or a wide-open race car sound for track use. An ECU tune and raised rev limiter to 7,200rpm finish the engine modifications.

A lightweight single-mass flywheel and an organic-coated racing clutch combine easy driveability with better performance, and the coil-over suspension has been optimized for lap times at the Nordschleife. That track's notoriously bumpy and uneven surface has led to a near-race-level performance car with characteristics that 9ff claims make it comfortable to drive daily - provided the accelerator is used gently.

For some of 9ff's other custom cars, including the Panamera and the 911 Turbo Cabriolet, check our previous coverage.