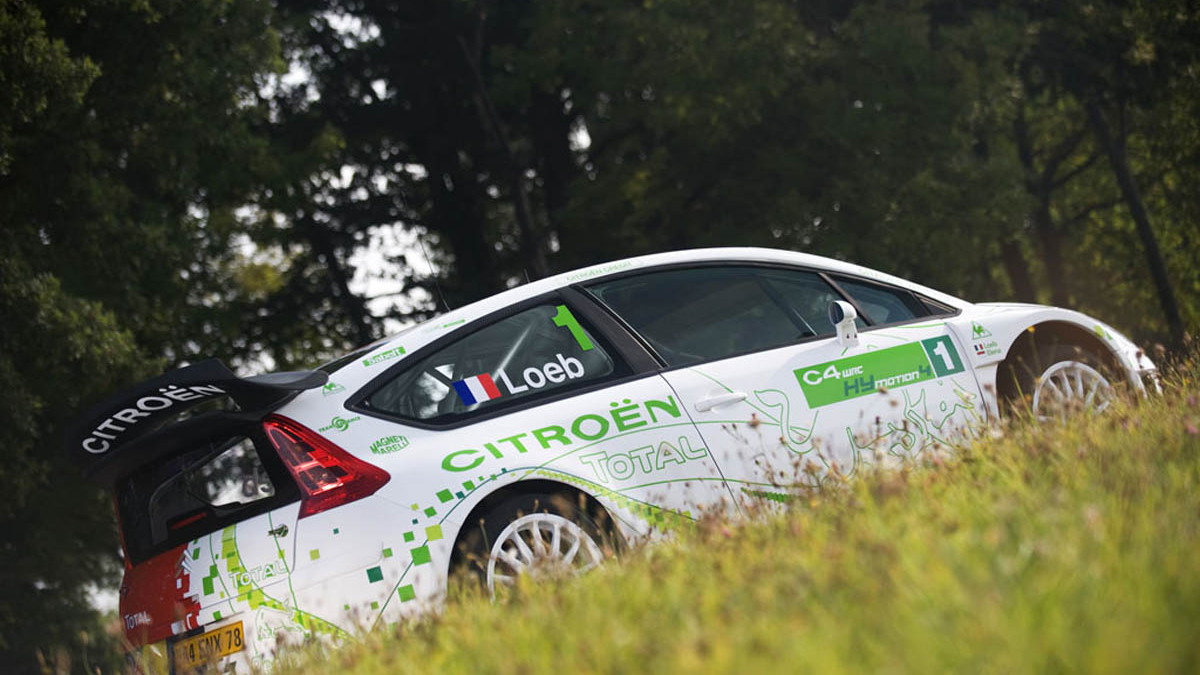 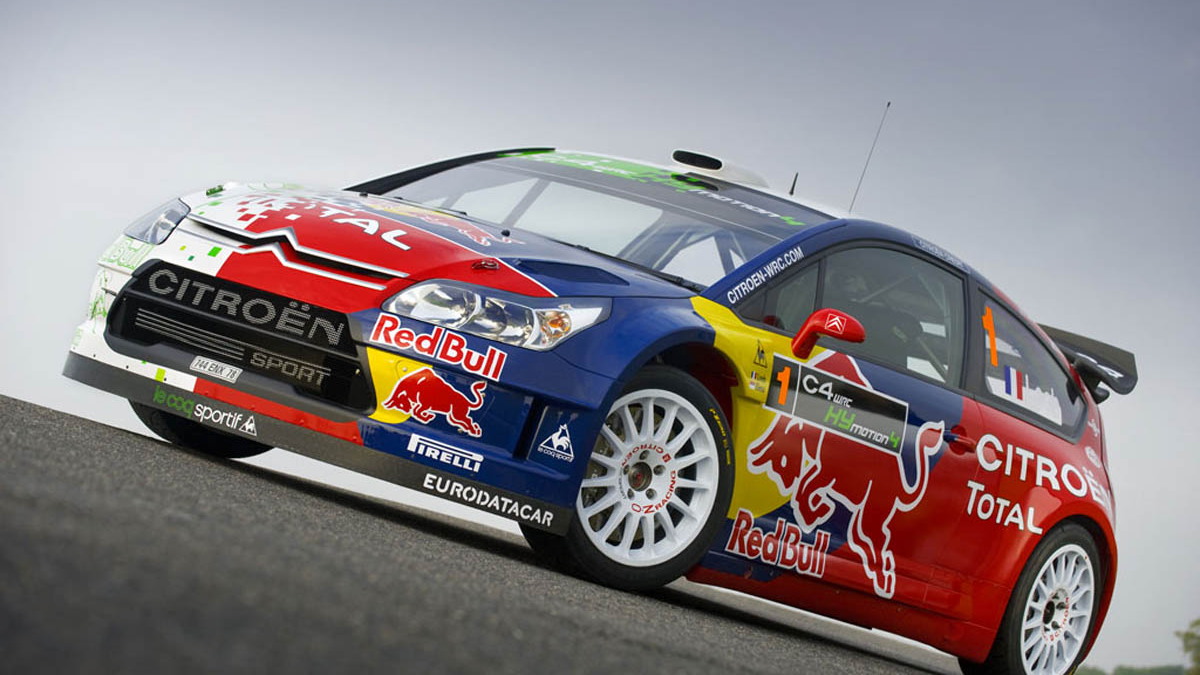 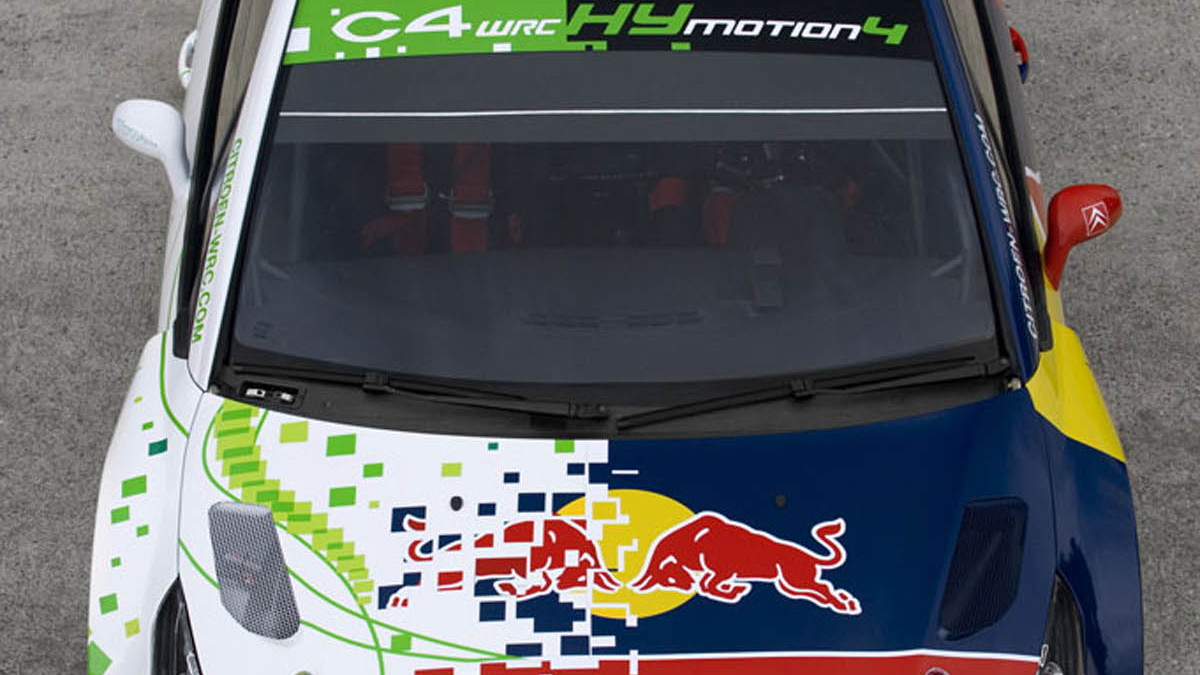 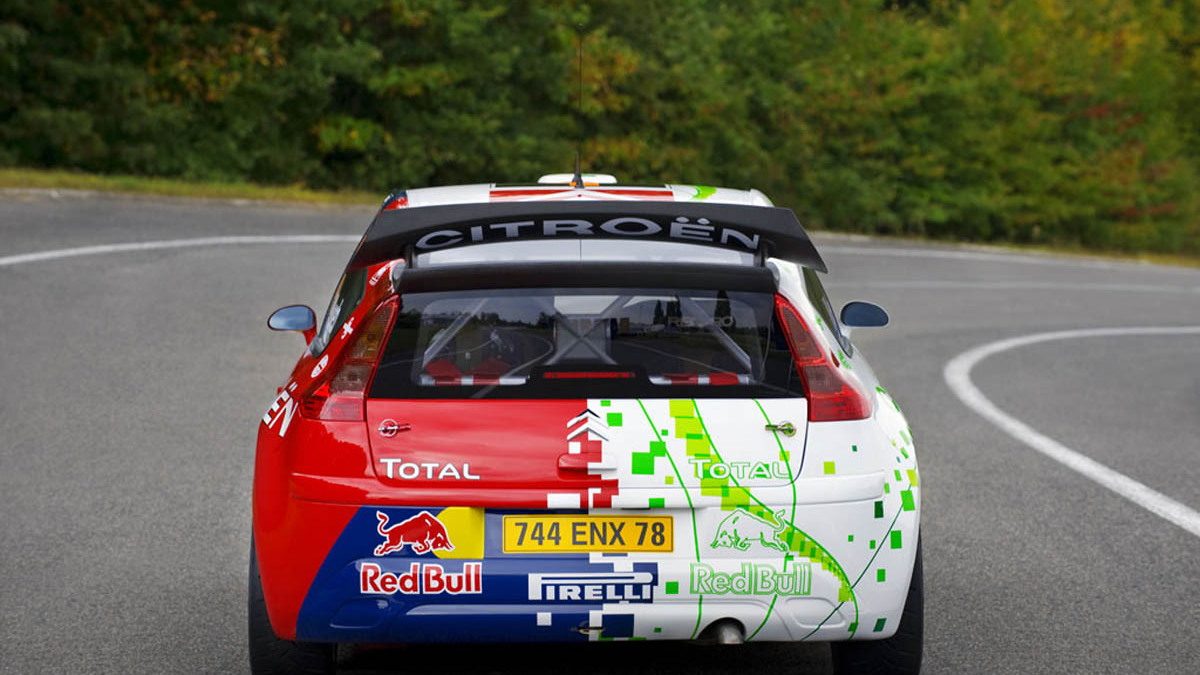 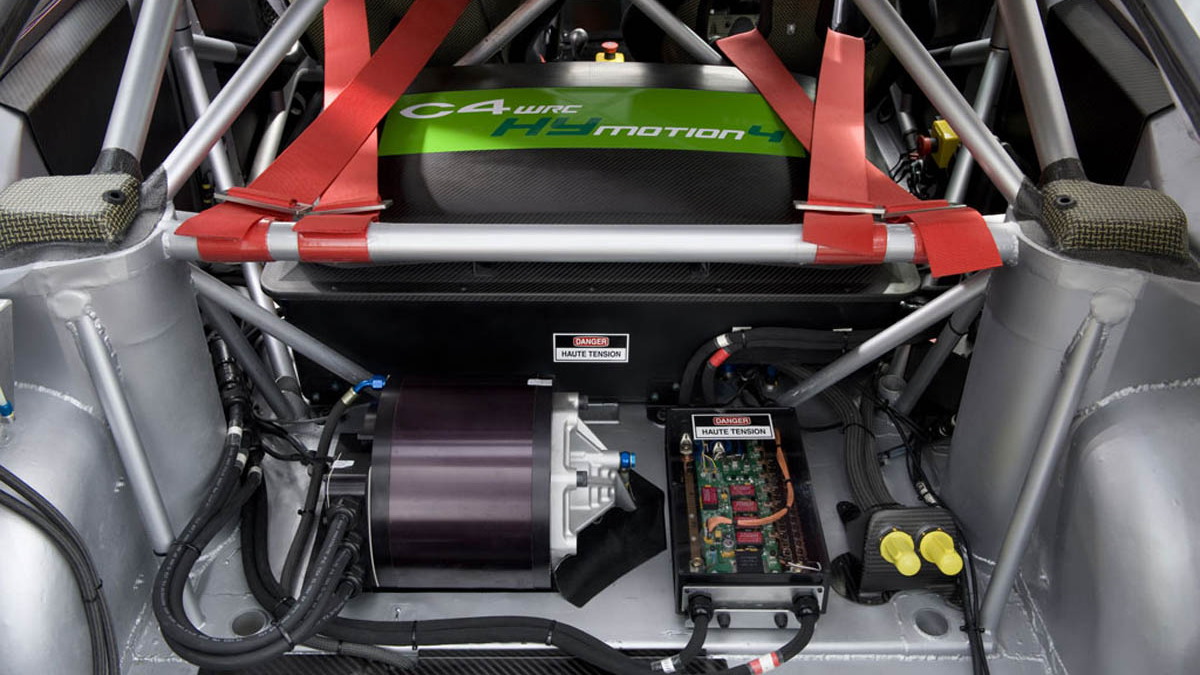 Billed as the first WRC rally car to be equipped with a hybrid energy recovery system, the Citroen C4 WRC HYmotion4 features an advanced adaptation of the HYmotion4 AWD hybrid system found in a number of Peugeot and Citroen concepts at this year's Paris Motor Show.

This particular implementation of the HYmotion4 system features a 2.0L turbocharged four-cylinder good for 320hp (238kW) on its own, but also equipped with a parallel electric motor capable of delivering 167hp (125kW) through the rear axle. Given the variability of use a rally car sees on any given stage, there are a number of different ways this flexible drivetrain can be employed.

Four driver-selectable modes are available: internal combustion engine only, for typical rallying; internal combustion engine with regenerative braking, for improved stopping power and resistance to fade; electric-only mode for between-stage transport and around-paddock driving; and finally boost mode that enables the driver to tap an extra reserve of 222lb-ft (300Nm) of torque from the electric hybrid system for short bursts.

Electric-only mode is limited to about 25mi (40km) range, but by using it at lower speeds, Citroen claims the overall range is extended and fuel efficiency improved by 30%. The more racing-oriented uses of the system, namely improved resistance to brake fade and boost mode, draw on the system's advanced 400-volt lithium-ion battery pack to aid performance, though in complementary manners.

The overall goal of the new hybrid rally car concept is to illustrate the future of racing and Citroen's ideas for how it might develop - and with the winning ways of Citroen and driver Sebastien Loeb, their voice will be an important one.