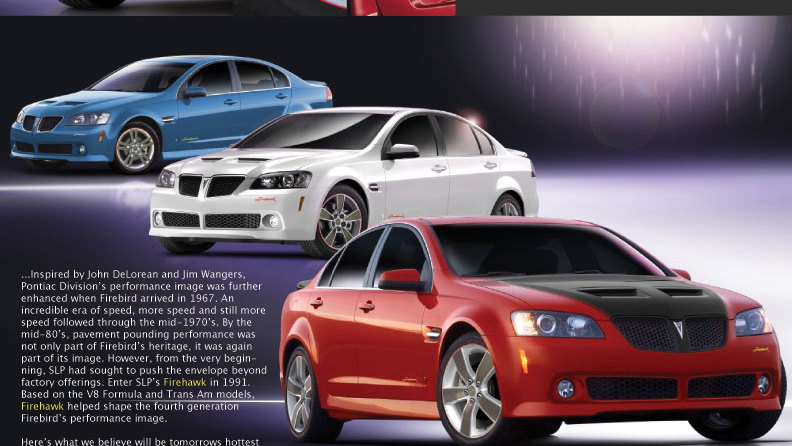 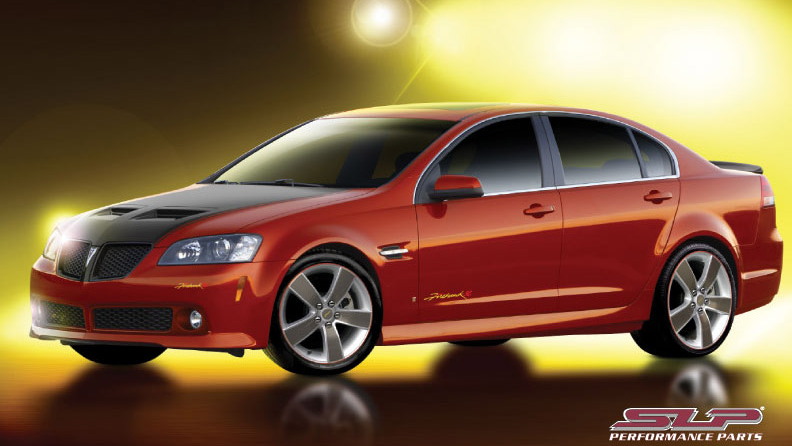 3
photos
During the early 1990s American tuner and muscle car specialist Street Legal Performance (SLP) released custom packs for the Pontiac Firebird known as the ‘Firehawk’. The kits came in various performance stages and could be ordered directly from Pontiac showroom floors, with brand new production models being converted by SLP to Firehawk specification before being delivered to customers.

Some of the original modifications include uprated engines, custom wheel and tire packages, and performance exhaust systems. The company released several other upgrades for the Firebird up until 2002 when production of the fourth generation model came to an end. While General Motors is on the verge of releasing a new version of the Camaro, there are currently no plans to revive the Firebird for its fifth generation.

For this reason, SLP has turned to the Pontiac G8 saloon for its latest iteration of the Firehawk and today pricing and final specifications have just been announced. Not wanting to tread on the Firebird Firehawk name, SLP has carefully selected a range of modifications for the G8 that the company claims recaptures the special feeling of the original legend.

Available only on the 2009 G8 GT in any factory color, SLP is offering a new supercharging kit for the car’s 6.2L V8 engine. The unit is a positive displacement supercharger and is highlighted by an aggressively styled flat-black painted hood treatment. To further differentiate the G8 Firehawk form the standard pack is a new deck lid spoiler, 19in alloy wheels, and special badging.

While no power numbers have been revealed, the G8 Firehawk is claimed to cover the 0-60mph sprint in just 4.3 seconds and cross the quarter mile in 12.6 seconds at 115mph. How much for all this we hear you scream? The basic kit starts at $18,995 on top of price of G8 GT and if you want some serious stopping power to go with the engine mods you will have to shell out another $4,995 on top of that for SLP’s Competition Brake Package.