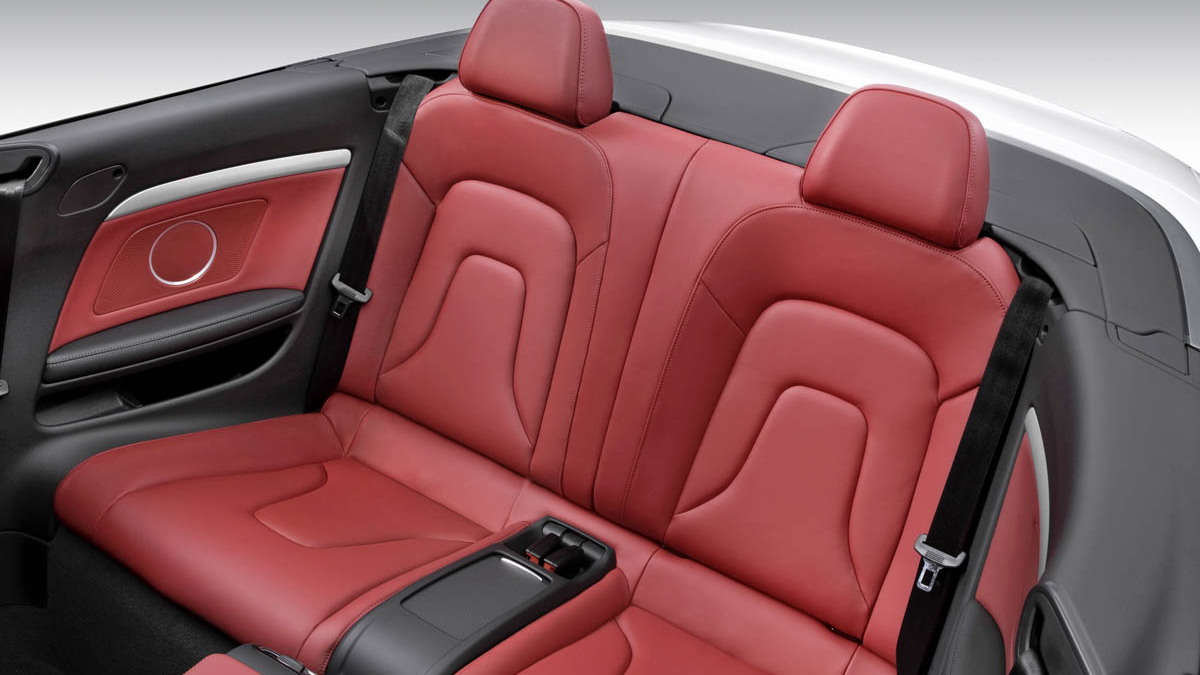 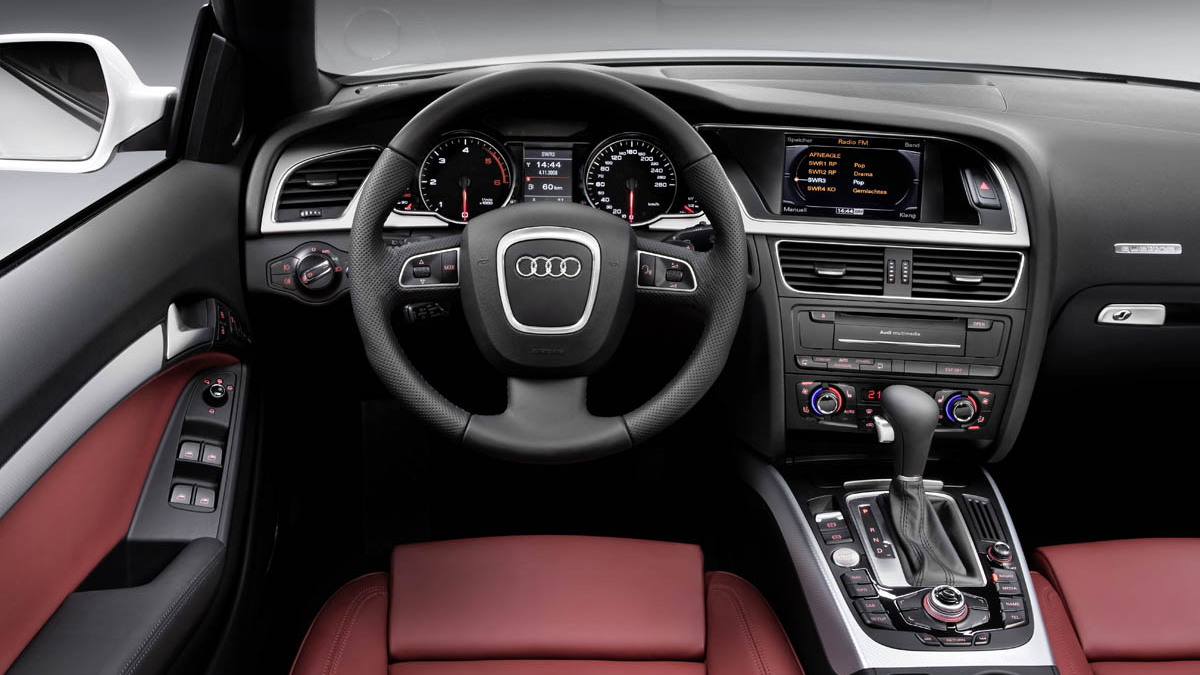 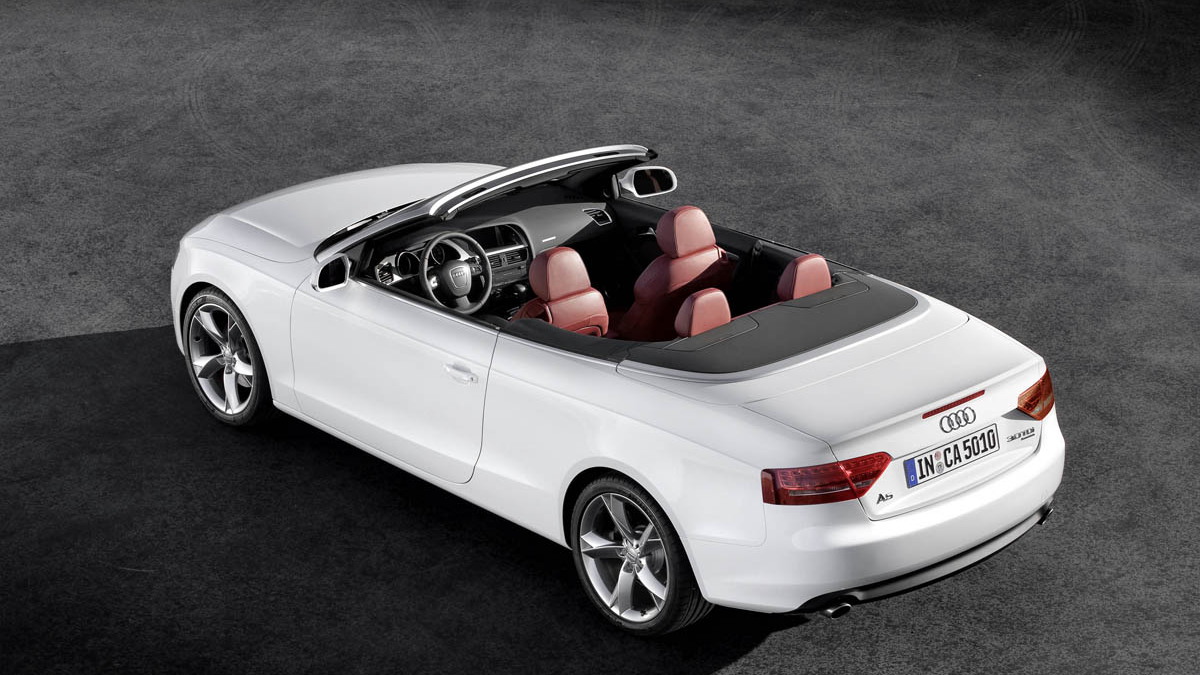 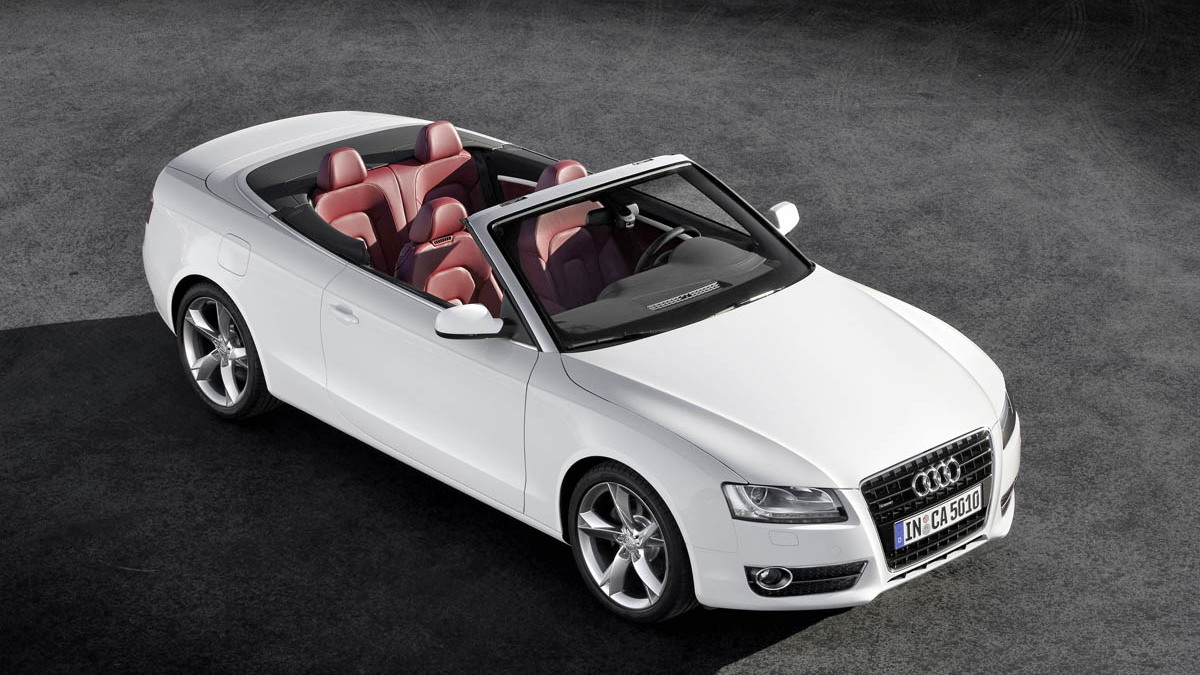 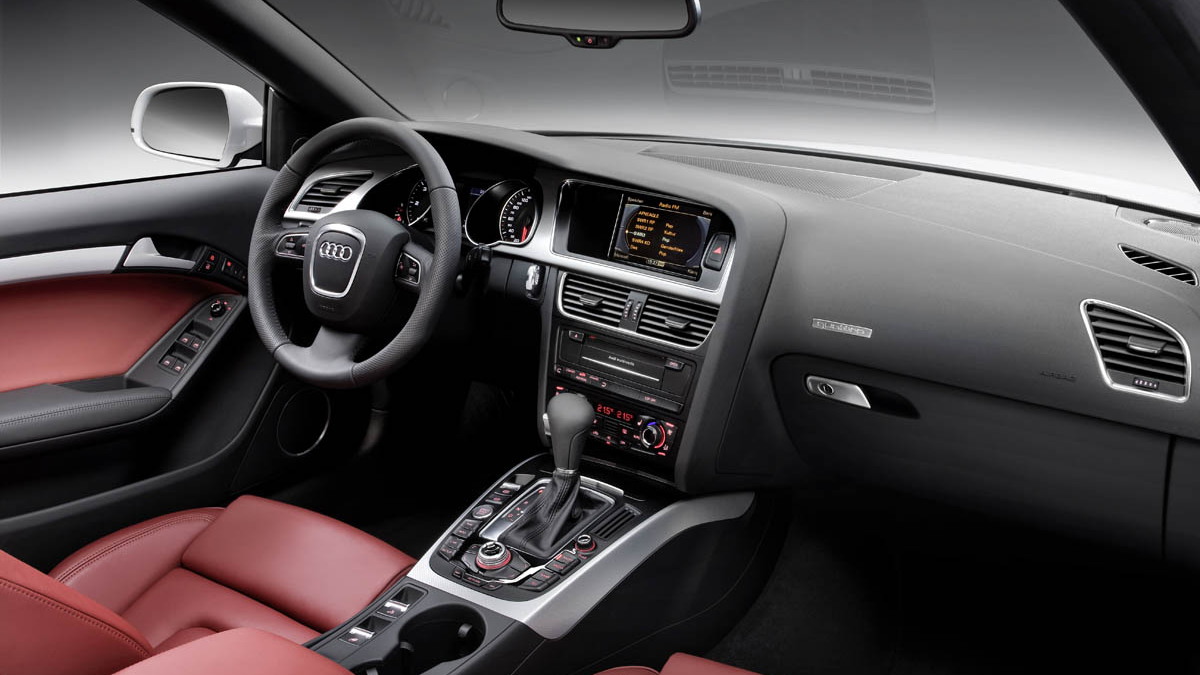 58
photos
The new A5 and S5 Cabriolet range was quietly revealed late last year during the holiday period between the Los Angeles and Detroit Auto Shows, but with production of the handsome duo kicking off in Germany this month Audi has released a flood of new images and details.

The most exciting variant, the S5 Cabriolet, gets a new supercharged 3.0L TFSI V6 engine with direct injection, good for 333hp (245kW) and 324lb-ft (440Nm) of torque. Quattro all-wheel drive, a sport suspension and 18in wheels plus a range of special equipment features peg the S5 Cabrio as the clear head of the new range. The car vaults from a stop to 62mph (100km/h) in just 5.6 seconds, carries on to an electronically limited top speed of 155mph (250km/h) and still manages fuel efficiency of 24.5mpg (9.6L/100km). Pricing for the S5 variant hasn't yet been released.

Unlike many of its competitors, the A5/S5 cabrio won't come with a folding hard top, instead favoring the traditional Audi soft top, which requires just 15 seconds to open and 17 seconds to close. An acoustic top, which reduces wind noise to near-hardtop levels is available as an option. The automatic raising or lowering functions can be triggered whether moving or stopped as long as speeds are below 31mph (50km/h), obviating the need to pull over to change between open and closed modes.

Other standard features of the A5 cabrio include 17in alloy wheels, automatic climate control, and CD stereo system with the third-generation MMI operating system, offering a range of navigation and entertainment functions.

In terms of exterior design, the new A5 Cabriolet gets most of the familiar cues of the hardtop sister car, plus a slightly redesigned rear deck to accommodate the folding top. The overall length of the car is 15.2ft (4.6m) and width is 6.1ft (1.85m) while it sits satisfyingly low at 4.5ft (1.4m) tall. A trunklid spoiler lip is standard.

Rigidity has been preserved, though likely at the cost of some additional weight, as is usually the case with open-top cars made from hardtops.

A range of three transmissions are available: the six-speed manual, which can be had with the 211hp 2.0 TFSI; the multitronic continuously variable automatic available as an option on 2.0L and 3.2L FSI variants; and the seven-speed S tronic which is standard on the 3.0L TDI model, and optional on the 2.0L TFSI and 3.2L V6 FSI.