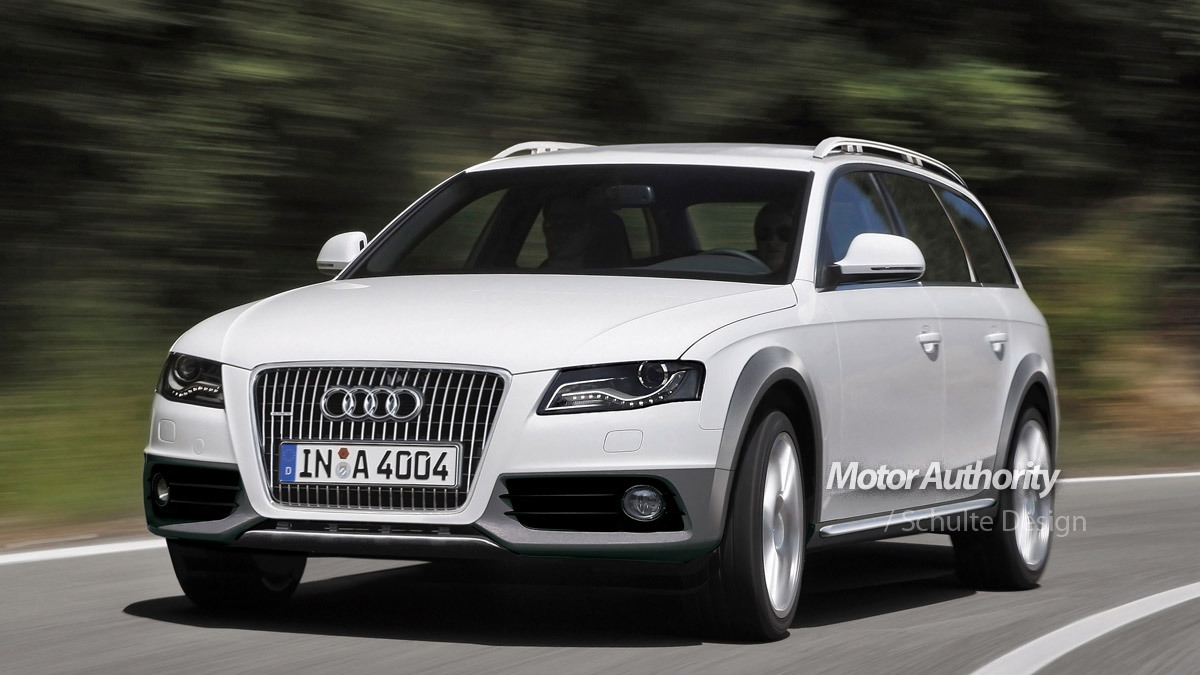 15
photos
Audi's new A4 Allroad quattro has made its debut at the 2009 Geneva Motor Show. Click here for all the details.

Like Volvo's XC line of cars, the Audi Allroad is a tall wagon with AWD and off-road capability. To date, however, the Allroad has only been available in a version based around the A6.

These latest spy photos show a new A4-based Allroad in testing, confirming our news last year that such a model was in the works.

Cues that tip this car as a definite Allroad vehicle include the wider fenders and taller ride height, plus the new bumpers with a more ruggedized look, new air intake housings, addition of foglights and other off-road specific design cues.

As yet it's not clear if the A4 Allroad will be available as both a sedan and a wagon, but reports suggest the car will be kept simple - meaning air suspension appears to be an unlikely option. Previous spy shots showed an Allroad sedan prototype, and if built the car could be considered a sort of up-scale alternative to the many rally-bred AWD sedans currently on offer, such as the Subaru WRX and Mitsubishi Evo X.

Expect the car to make its world debut as a 2010 model at the Frankfurt Motor Show in September.