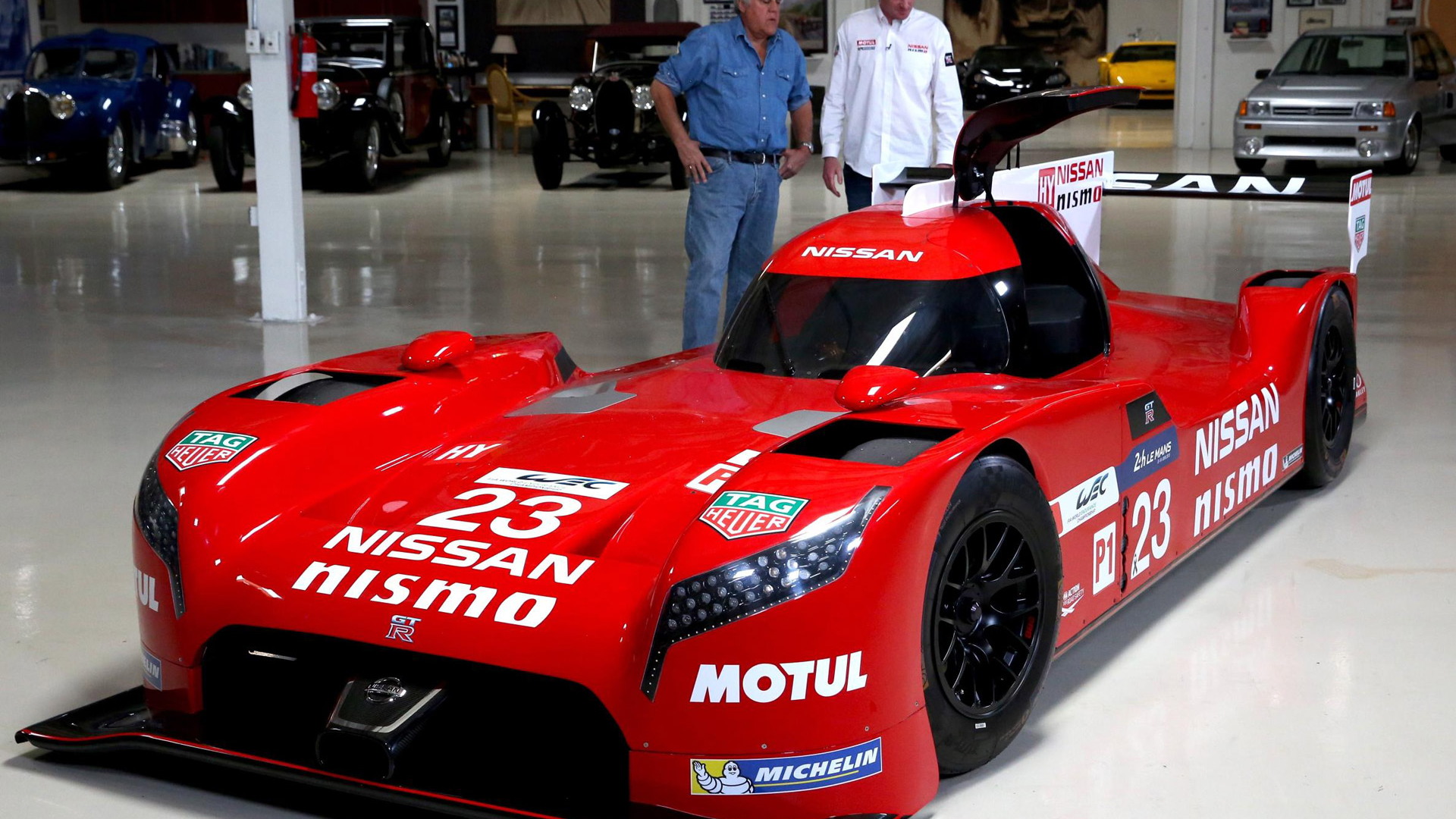 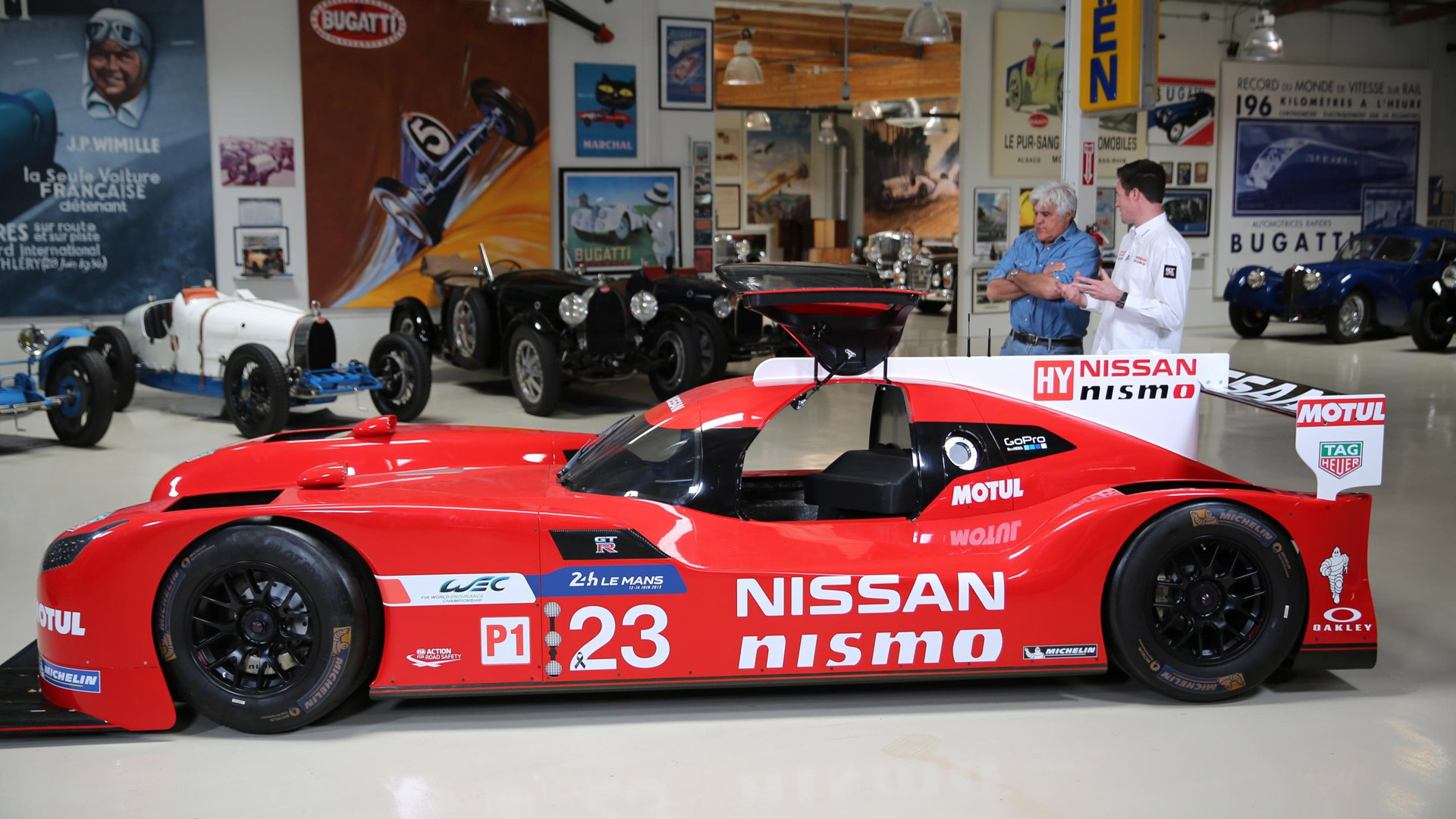 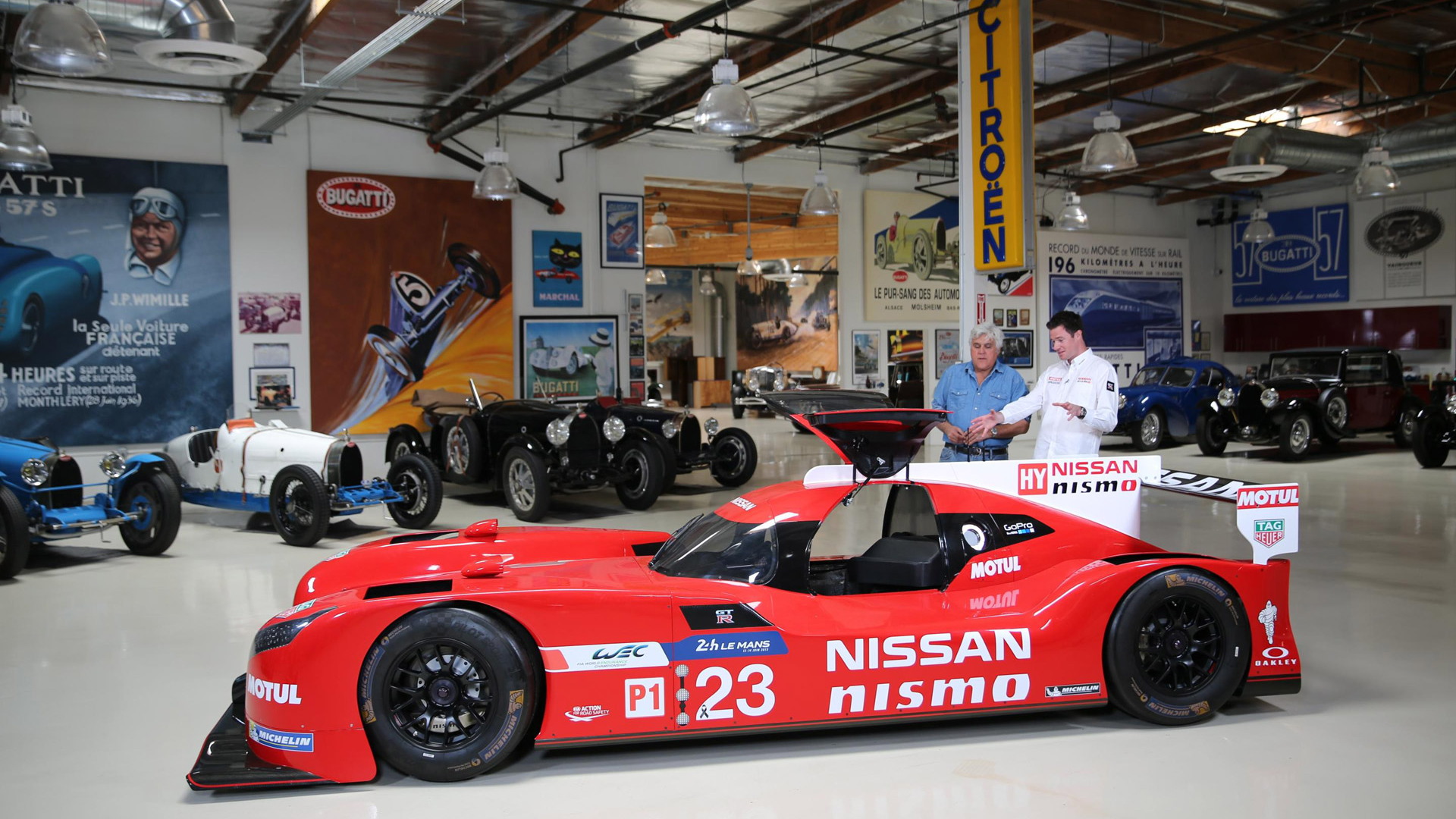 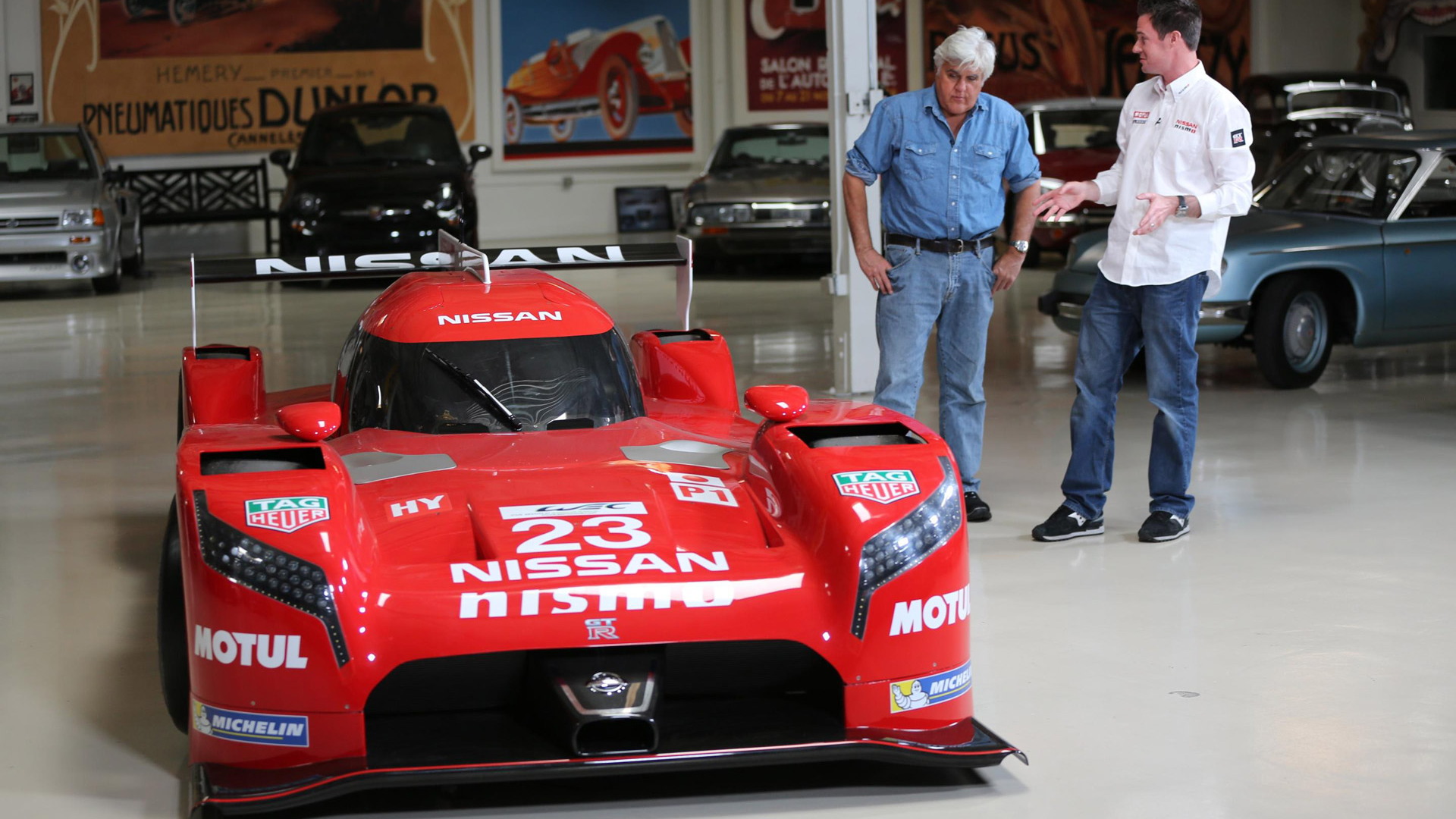 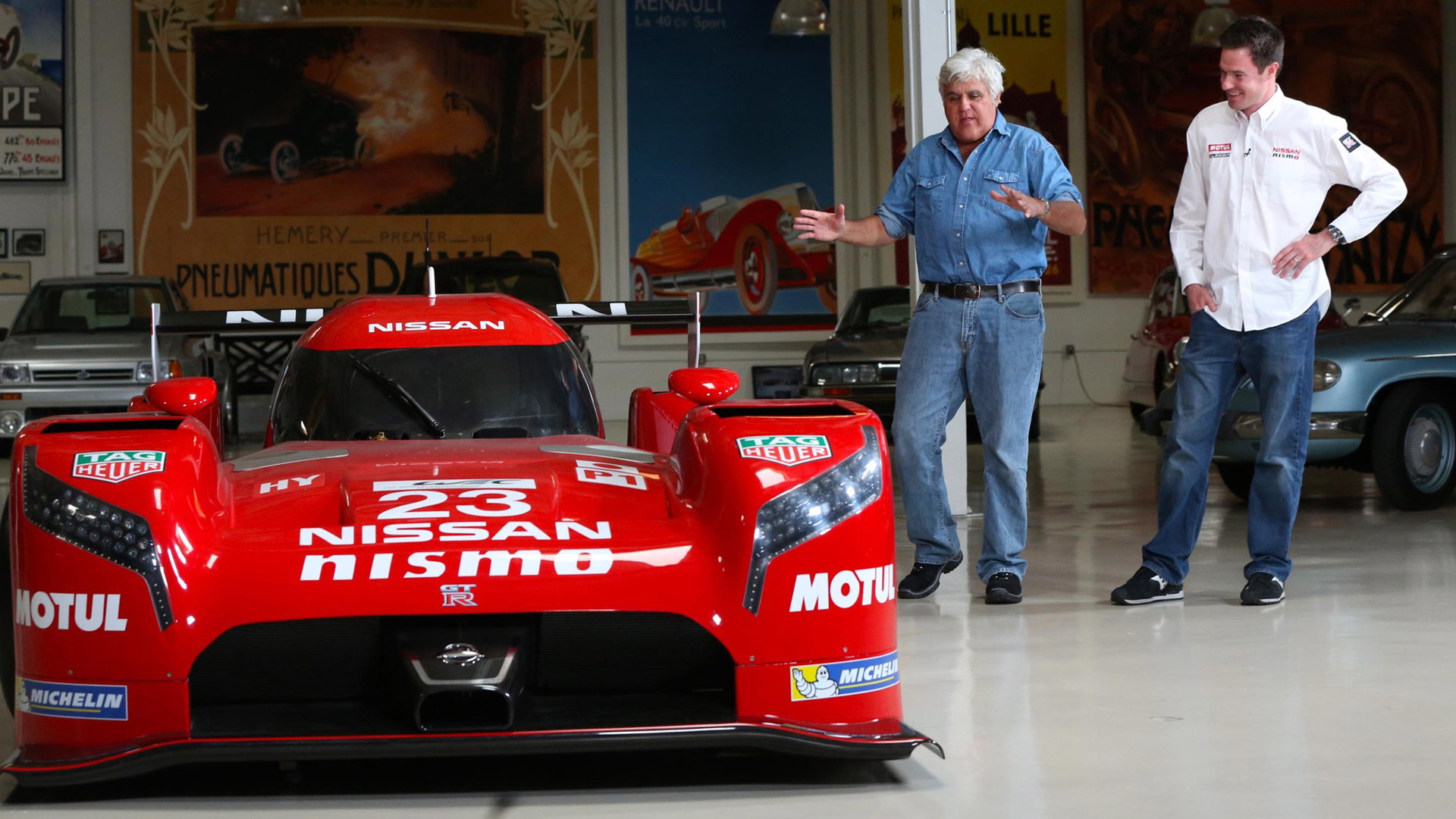 Nissan and its radical GT-R LM NISMO are currently in France taking part in the official testing for the 24 Hours of Le Mans, which this year runs the weekend starting June 13. Nissan is entering three of its front-wheel-drive racers in the event’s premier LMP1 class, going up against the likes of Audi, Porsche and Toyota.

Before heading out to Le Mans, however, Nissan’s endurance racing crew including the GT-R LM NISMO’s chief engineer, Zack Eakin, stopped by Jay Leno’s Garage in sunny California to show Jay the ins and outs of the car. Later in the video, one of the nine drivers confirmed to hop behind a wheel of a GT-R LM NISMO at Le Mans, gamer-turned-racer Jann Mardenborough, gives us a few more details about the car before taking it for a quick track session.

In case you’re still wondering why Nissan went with a front-wheel-drive layout for the car, the automaker has a separate video outlining the perceived benefits. Basically, Nissan is chasing efficiency, stability and straight-line speed, three of the key requirements for winning at Le Mans. But you have to remember these are the product of the aerodynamics, particularly low drag, and for the optimal aero Nissan has chosen the forward positioning of the transmission and engine, along with front-wheel drive.

“We weren’t chasing headlines today; it was all about learning and recording data as part of our preparation for our Le Mans debut,” Nissan team principal Ben Bowlby said after the test. “We know we have a big learning curve ahead of us bringing this unique front-engined, front-wheel-drive car to Le Mans but after our first day here we have three straight cars in the garage and mountains of data for our engineers to study.”

Le Mans preparation continues next week when the first practice session gets underway.