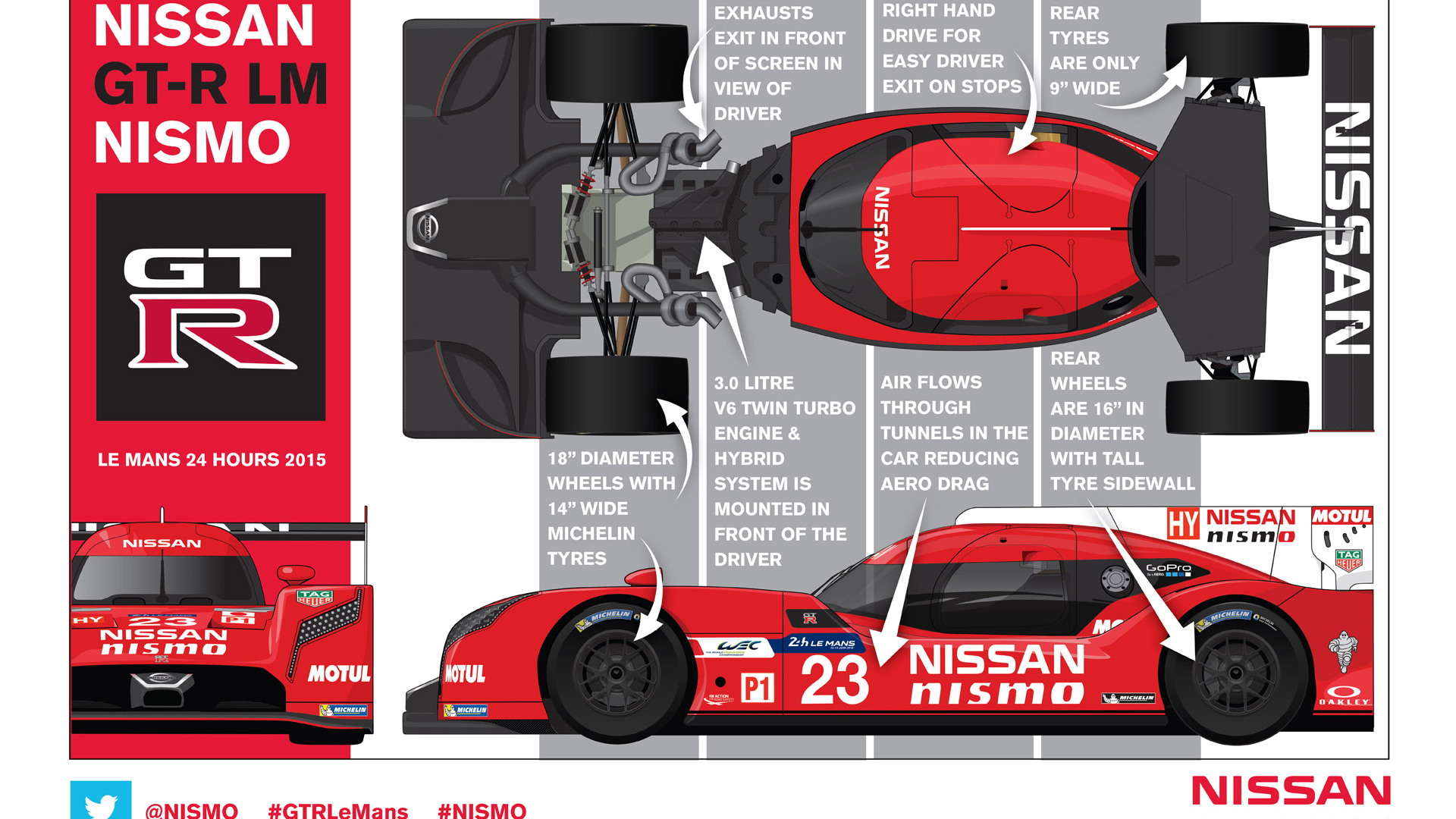 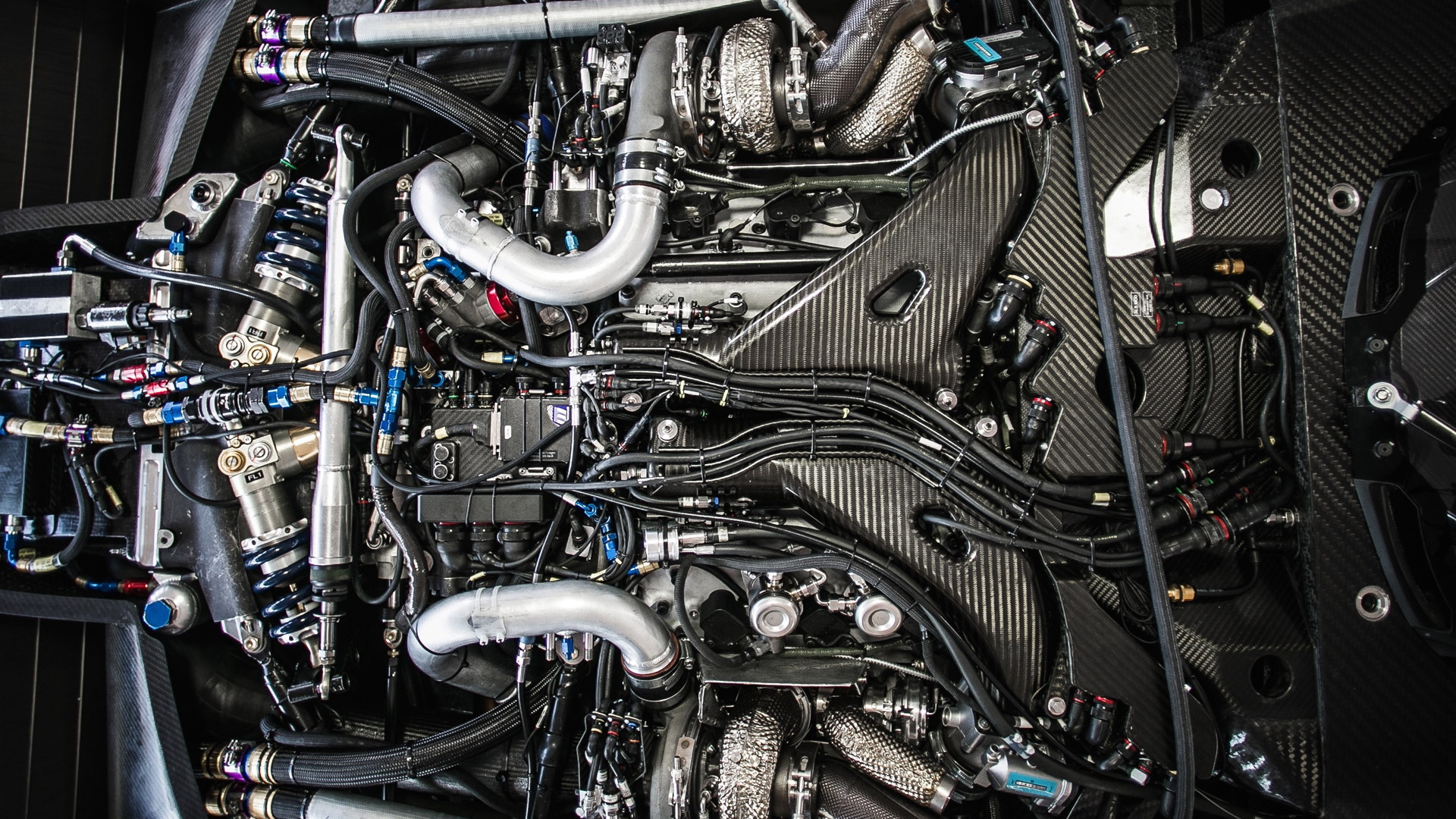 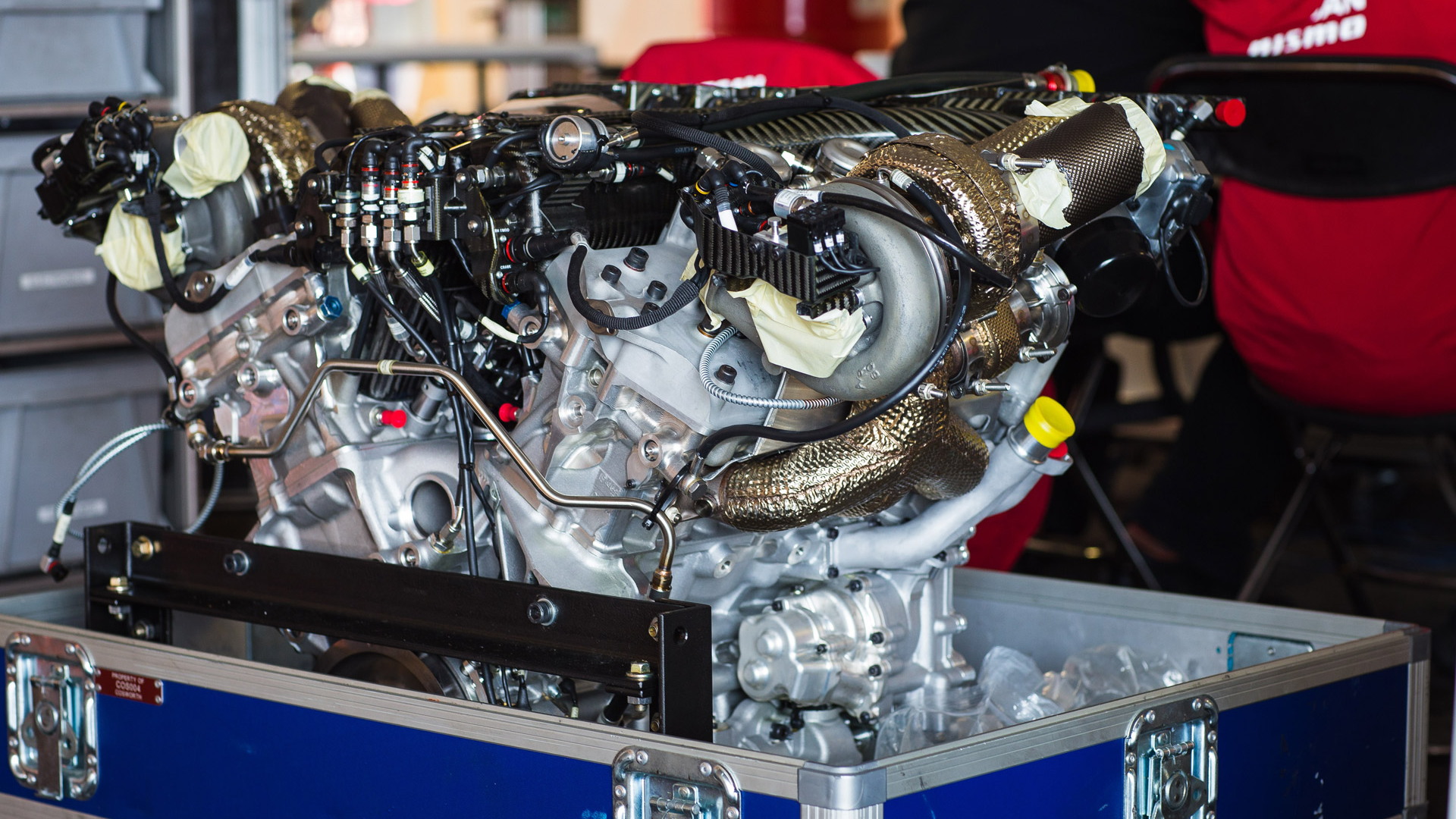 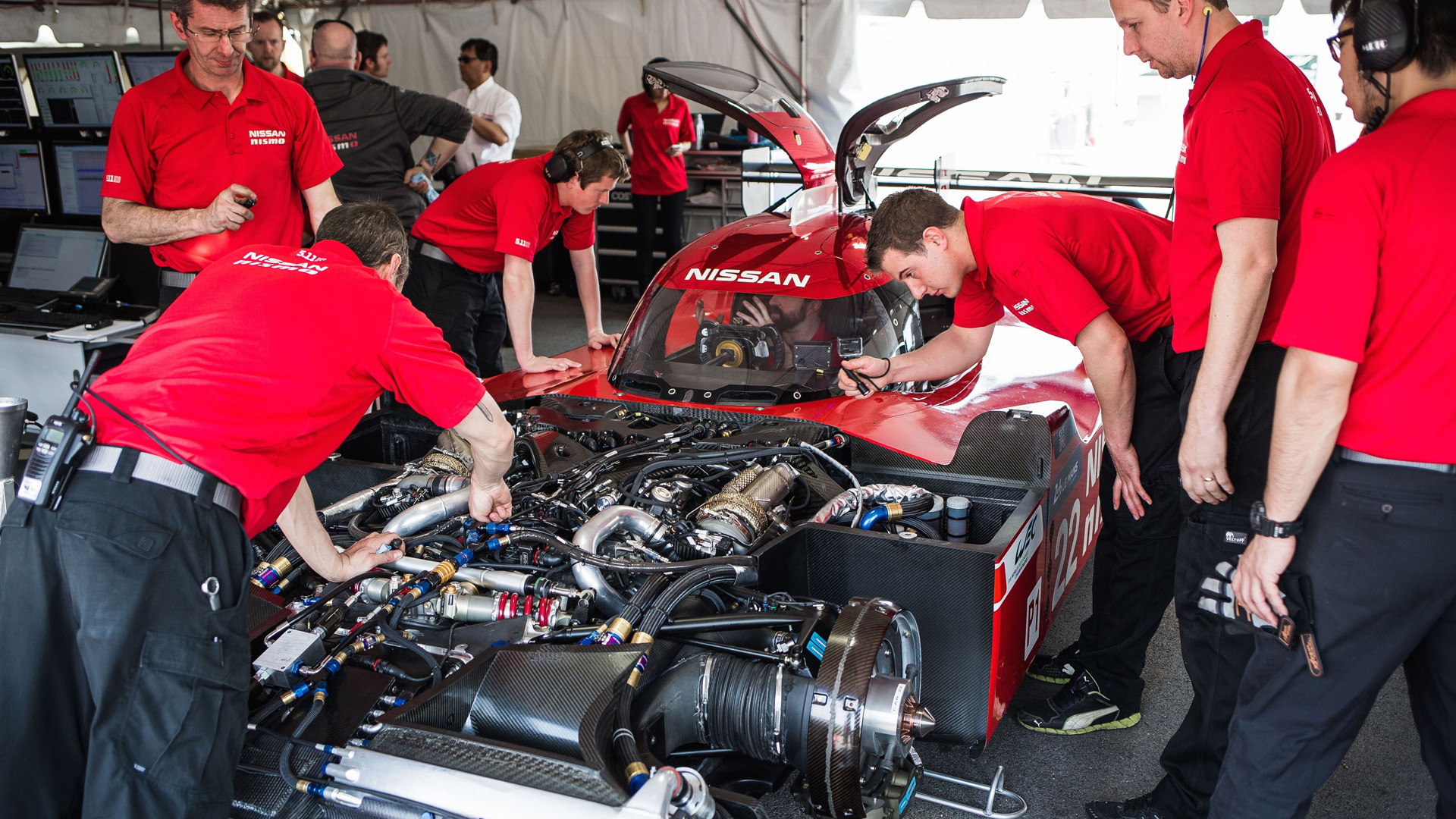 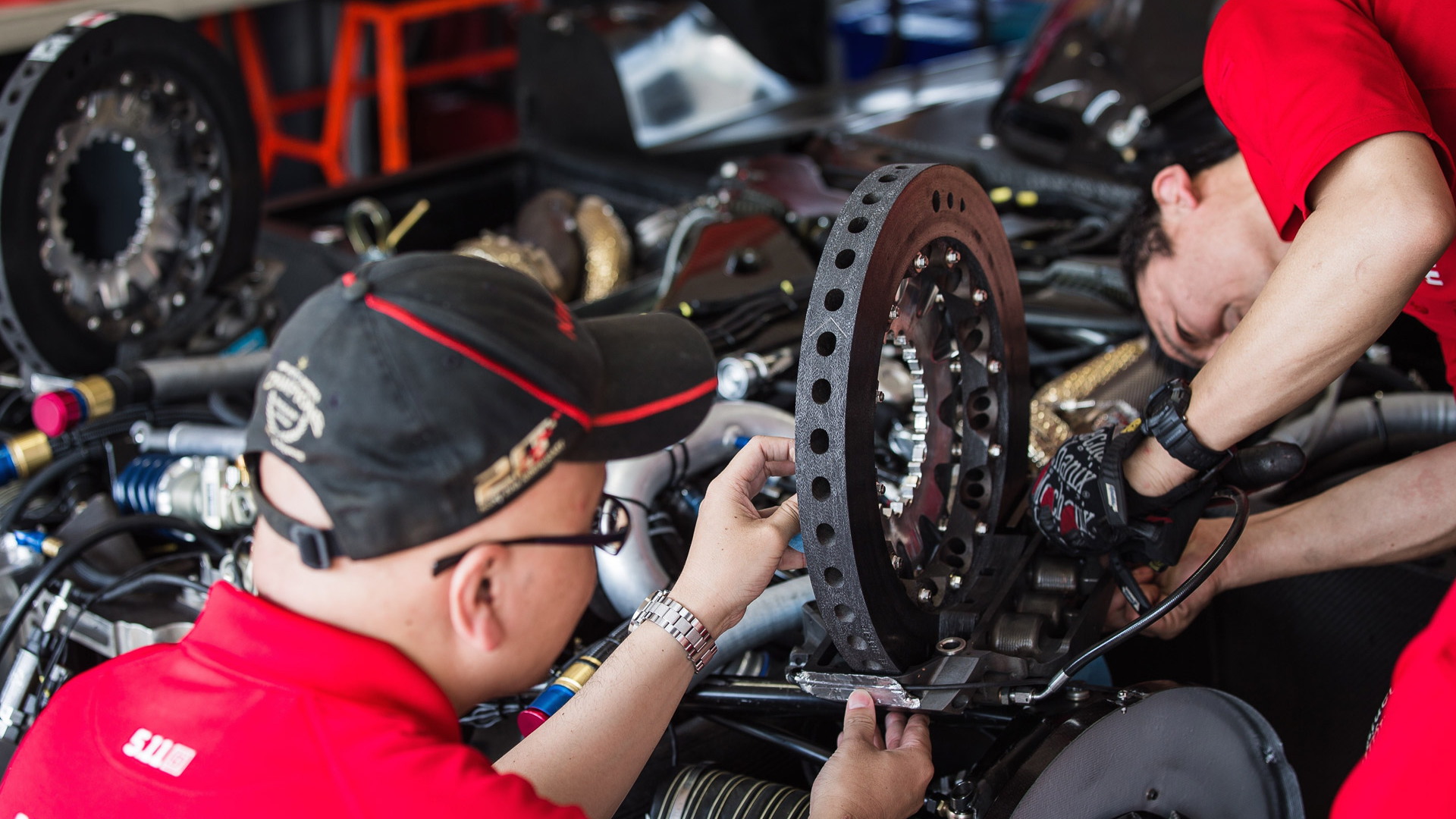 Nissan missed the first two rounds of the 2015 World Endurance Championship but it’s now in final preparation mode for the series highlight, the 24 Hours of Le Mans, scheduled for the weekend commencing June 13. Nissan plans to field three of its front-wheel-drive GT-R LM NISMO race cars in the premier LMP1 category, taking on the likes of reigning world champion Toyota as well as Audi (last year’s Le Mans winner) and Porsche.

Much of the internal testing is now complete, with Nissan confirming the final specs for its 2015 GT-R LM NISMO. Crucially, the car keeps its front-engine, front-wheel-drive layout and 1,250-horsepower output. Power is routed to the wheels via a five-speed sequential gearbox and an epicyclic final drive, and the fuel tank stores 68 liters.

Generating the race car’s mammoth power is a twin-turbocharged 3.0-liter V-6 whose design will influence the engine fitted to the next-generation GT-R road car. However, the engine itself only produces about 550 horsepower. The rest is generated by an electric drive system. Under braking, kinetic energy is recovered and stored in a flywheel just ahead of the driver. It can then be used for extra boost, for example when exiting a corner.

Carbon fiber construction is used virtually throughout the car, helping engineers get the weight down to the FIA-sanctioned minimum limit of 870 kilograms (1,918 pounds). The suspension consists of Ohlins multi-adjustable front dampers and Penske multi-adjustable rear dampers, and also features a hydraulic anti-roll bar system at the rear.

Nissan’s WEC squad has now left its home in the U.S. and settled at a base at the Silverstone Circuit in the U.K., ahead of next month’s Le Mans race. The focus now moves to the re-preparation of the two existing GT-R LM NISMO race cars and completing the build of the third, team principal Ben Bowlby said in a statement.

The driver lineup for the three cars is as follows: