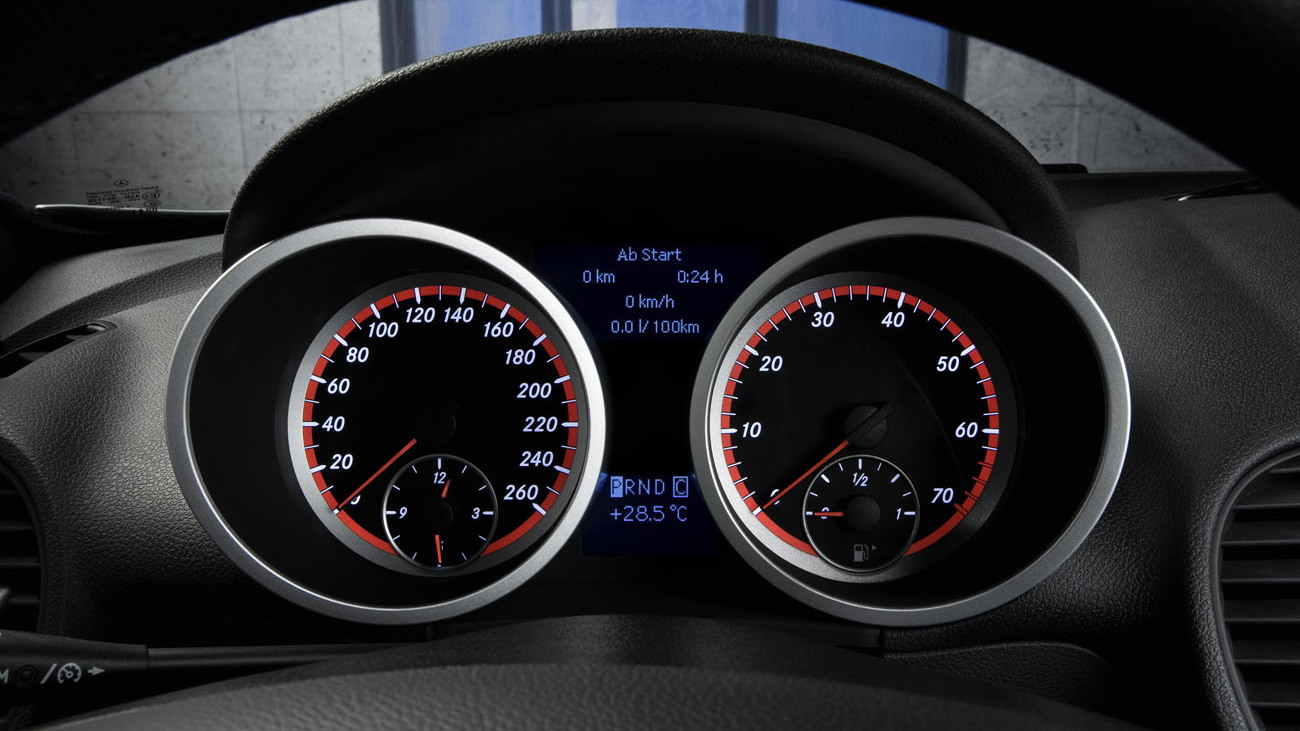 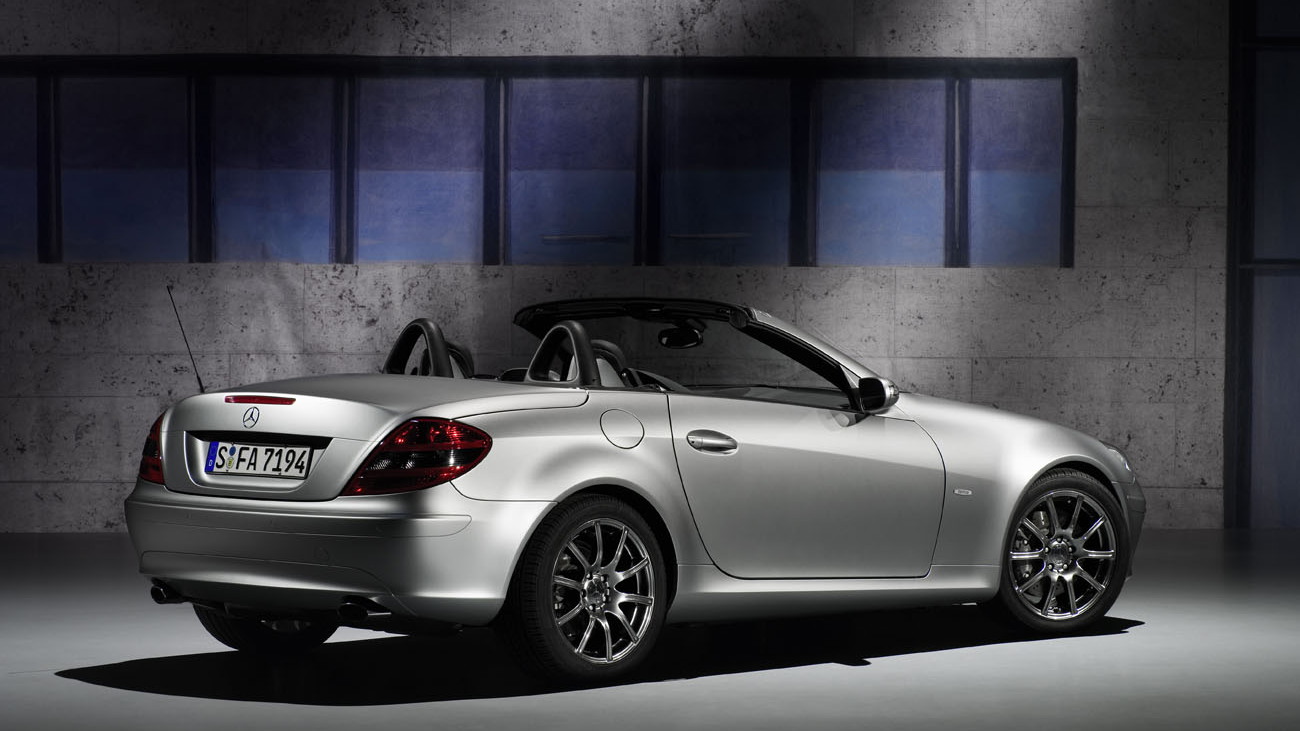 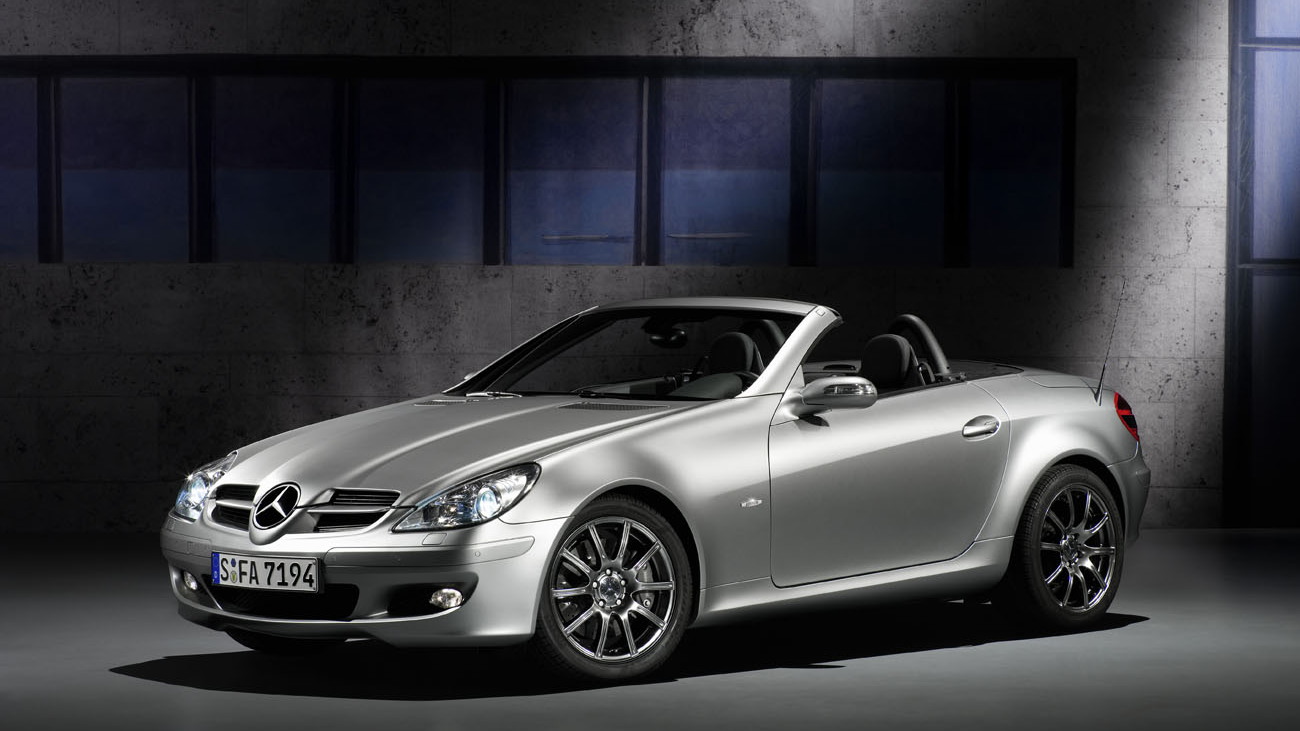 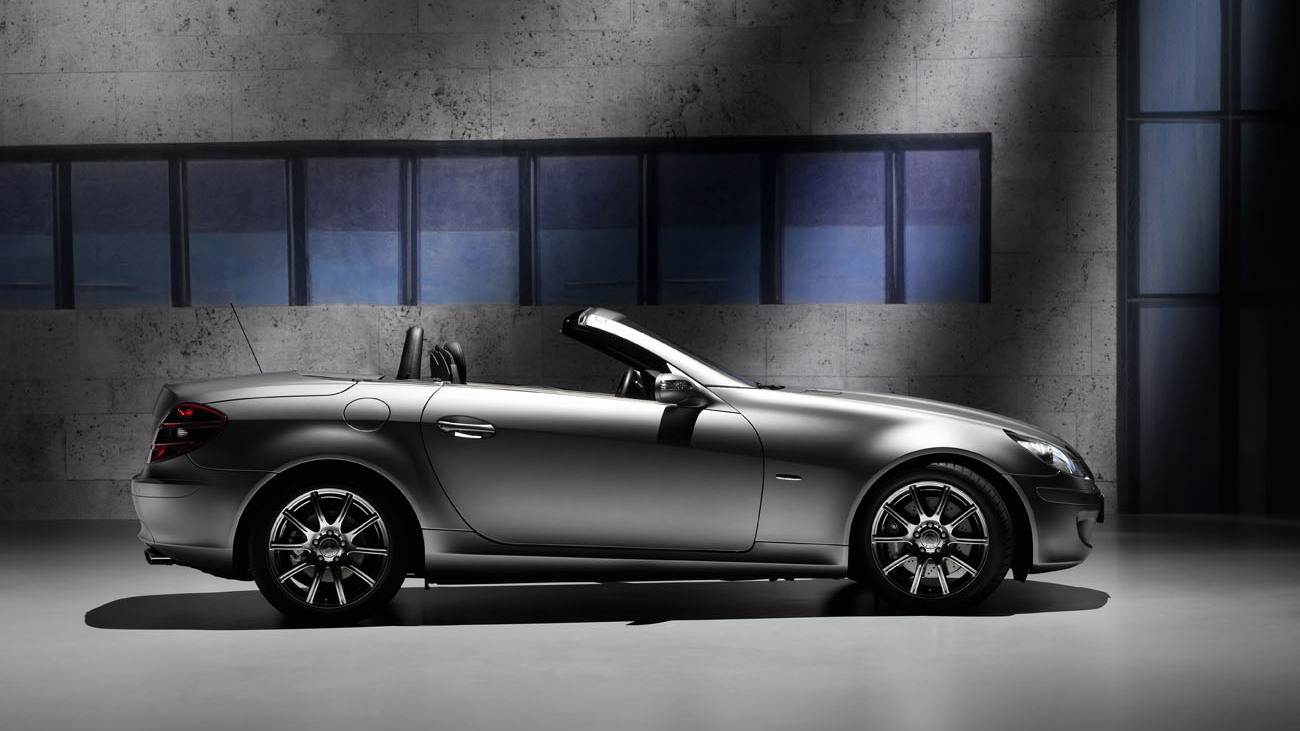 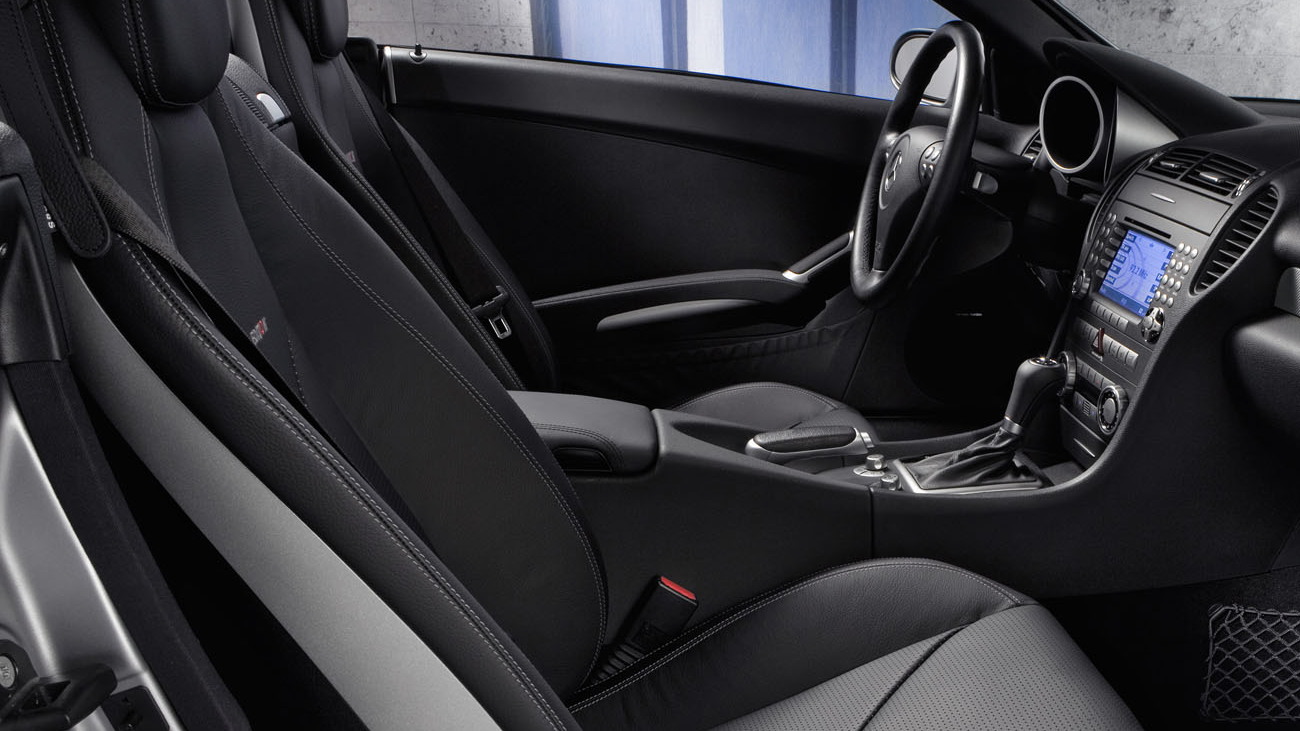 6
photos
Mercedes-Benz celebrated the tenth year of production of its SLK-Class with the "Edition 10” show car that was showcased at the Paris Motor Show recently. The car will now be made available to customers, with the first deliveries scheduled for January next year. Unique to the Edition 10 SLK is the special matt grey metallic paint finish and interior materials.

Other highlights of the "Edition 10" include the light alloy wheels with high-gloss chrome-shadow, dark-tinted rear lights and special “Edit10n” badging. Other color schemes include obsidian black and iridium silver metallic. Inside, the car follows the black & silver contrasting theme. The liner of the vario-roof and the inner surrounds of the rear window are in black, while the leather seats feature silver-threaded topstitching.

Click ahead for the official press release and high-res images.

Special "Edition 10" model: an SLK-Class for the very discerning

The "Edition 10" showcar with which Mercedes-Benz marked ten years of the SLK-Class at the Paris Motor Show is available to customers from January 2007. This special model is distinguished by a unique paint finish and choice of interior materials.

The SLK-Class was introduced into the market exactly ten years ago, and immediately became a popular favourite. To mark this anniversary, Mercedes-Benz presented a showcar at the Paris Motor Show in September 2006 which is now about to be produced as an exclusive special series.

With the new-style, matt grey metallic paint finish "allanite grey Magno", Mercedes designers are illustrating a trend for future colour schemes. This finish is available for a limited edition of 350 vehicles. This exclusive matt finish is available as an option in addition to obsidian black metallic and iridium silver metallic. The standard finish for the special model is black.

Other highlights of the "Edition 10" include light-alloy wheels painted in dark-grey, high-gloss "chrome-shadow", which are additionally enhanced with black/silver emblems bearing the Mercedes star. These ten-spoke designer wheels are shod with wide-base tyres in size 225/45 R 17 (front) and 245/40 R 17 (rear). Dark-tinted rear lights and engraved insignia bearing the lettering "EditI0n" on the wings also distinguish the special sports car model.

In the interior the two occupants are treated to a selection of fine materials. The seats, centre console armrest and gearshift lever are covered in black leather, with both seat backrests bearing the "EditI0n" logo. The centre panels of the seat cushions and backrests feature a silver-coloured under layer which discreetly yet strikingly brings the perforated leather to the fore.

This sporty, elegant black/silver contrast is accentuated by the silver-threaded topstitching of the SLK’s sports seats. The liner of the vario-roof and the inner surrounds of the rear window are in black. In addition to leather upholstery and 17-inch light-alloy wheels, the standard equipment of the special model includes heated seats and velour floor mats with black edging and an embroidered "EditI0n" logo.

Another special feature is the innovative, matt-painted metallic mesh that embellishes the area above the glove compartment, while Mercedes designers have chosen two black trim strips for the driver’s side. The speedometer and rev counter feature red scales to emphasise the sporty character of the SLK Class.

The comfort and convenience systems developed specifically for the SLK-Class are also available for the special anniversary model on request. These include the absolutely unique neck-level heating system AIRSCARF, THERMOTRONIC automatic climate control or the COMAND system with Europe-wide navigation.

A success story and trendsetter for open-top cars

The Mercedes-Benz SLK-Class is the most successful model in this market segment worldwide. With its steel vario-roof, which combines the advantages of a fixed hardtop with those of a folding roof, the sports car quickly became the trendsetter for a new generation of open-top cars in 1996. Ten years after its world debut in the SLK, numerous other manufacturers have adopted this innovative roof technology for their convertibles and roadsters.

The new SLK-Class launched in March 2004 asserts its sporty nature even more emphatically, while setting further trends with its trailblazing technology. In addition to a further development of the vario-roof, which opens even more rapidly and occupies less space in the boot, the innovative neck-level heating system AIRSCARF celebrated its world debut in the new-model Mercedes sports car. This acts like an invisible scarf that warms the head, neck and upper shoulder area. Accordingly the SLK-Class is also able to guarantee open-air driving pleasure in colder weather, as SLK owners are able to drive with the top down for longer and more often thanks to AIRSCARF.

With an average share of 30 percent, the SLK-Class is the world market leader. In Germany and other western European countries, one in two newly registered sports cars in this vehicle class bears the letters SLK on the boot lid. All in all, Mercedes-Benz has produced around 465,000 SLK models since 1996.