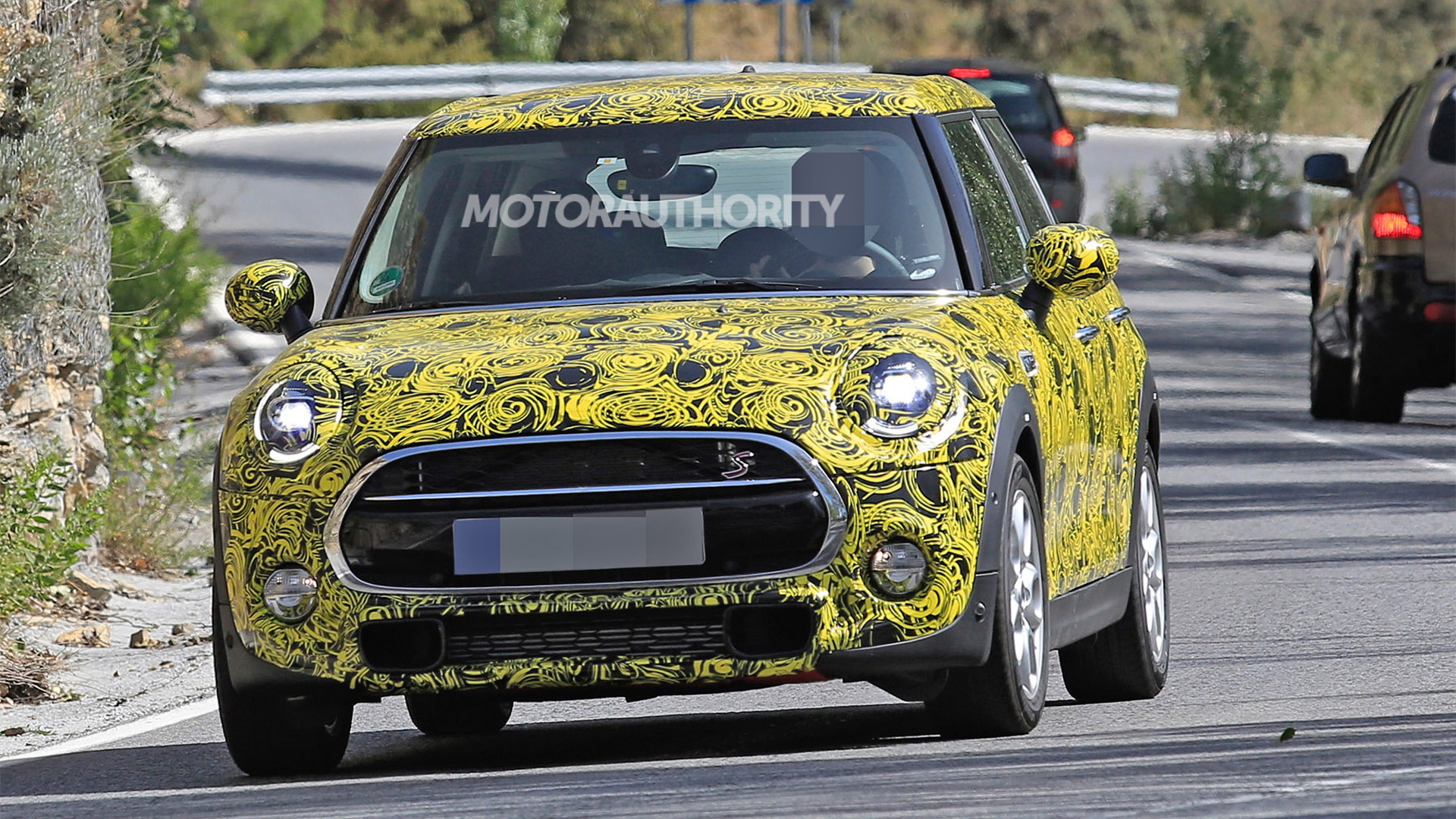 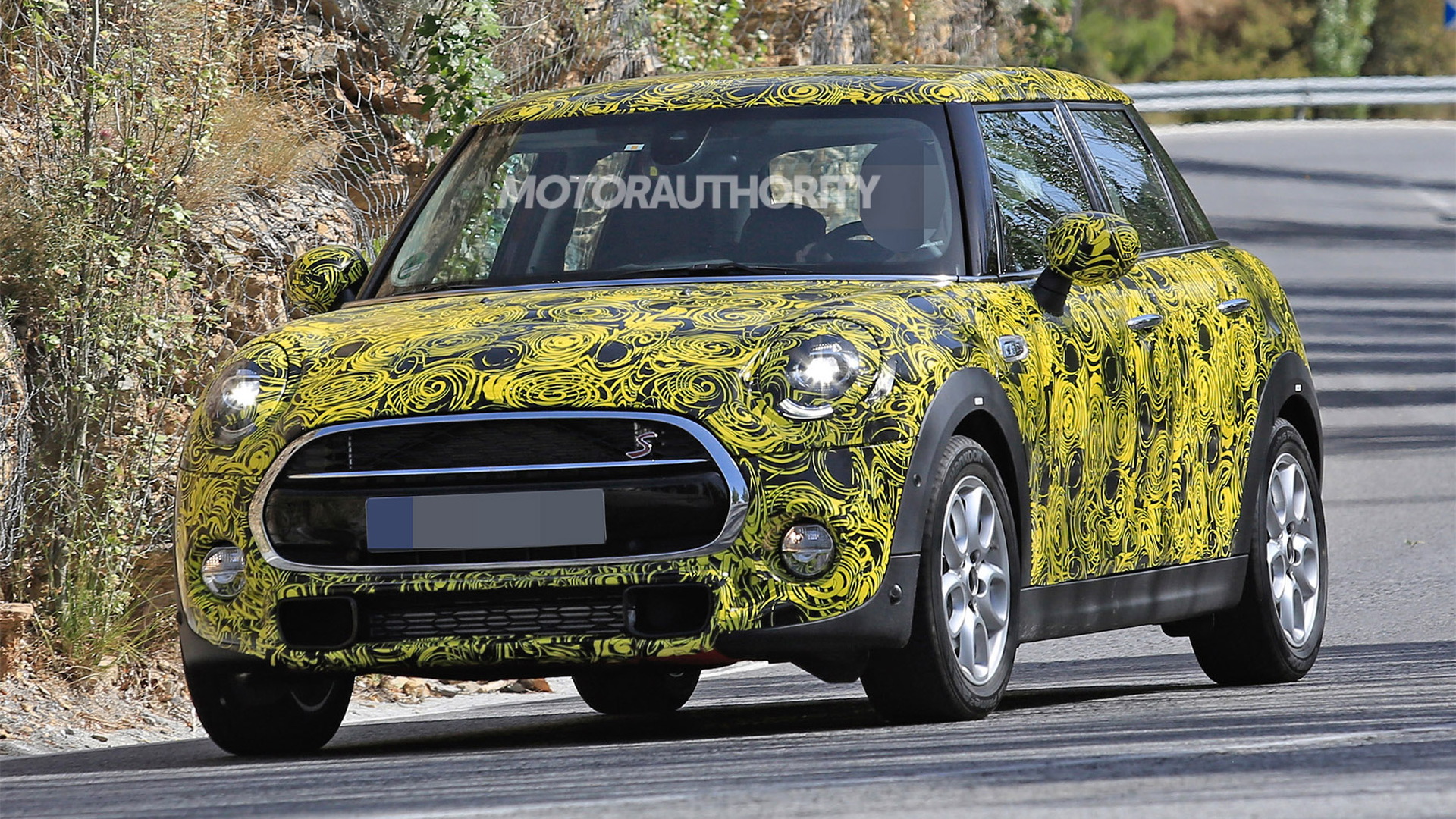 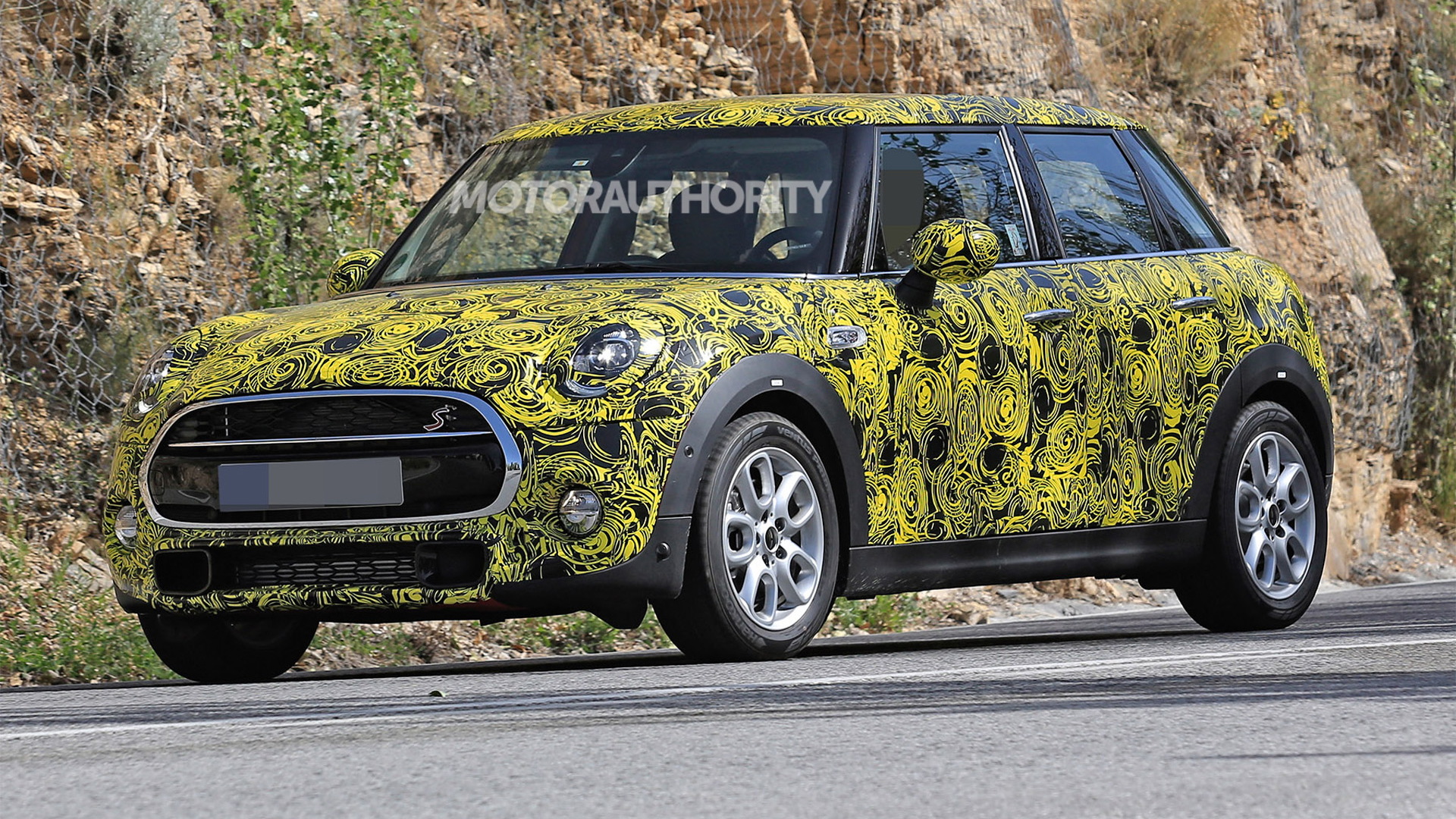 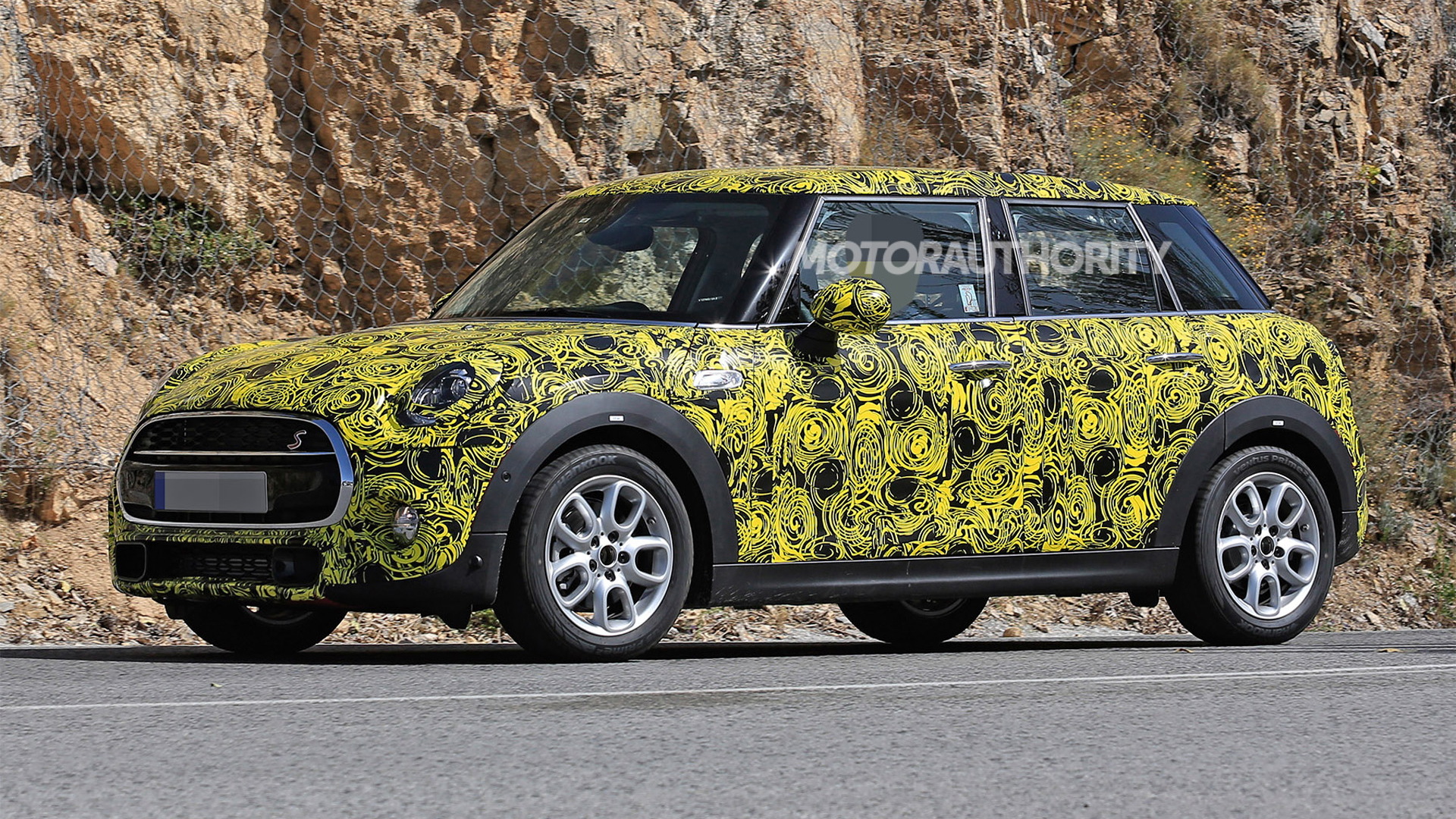 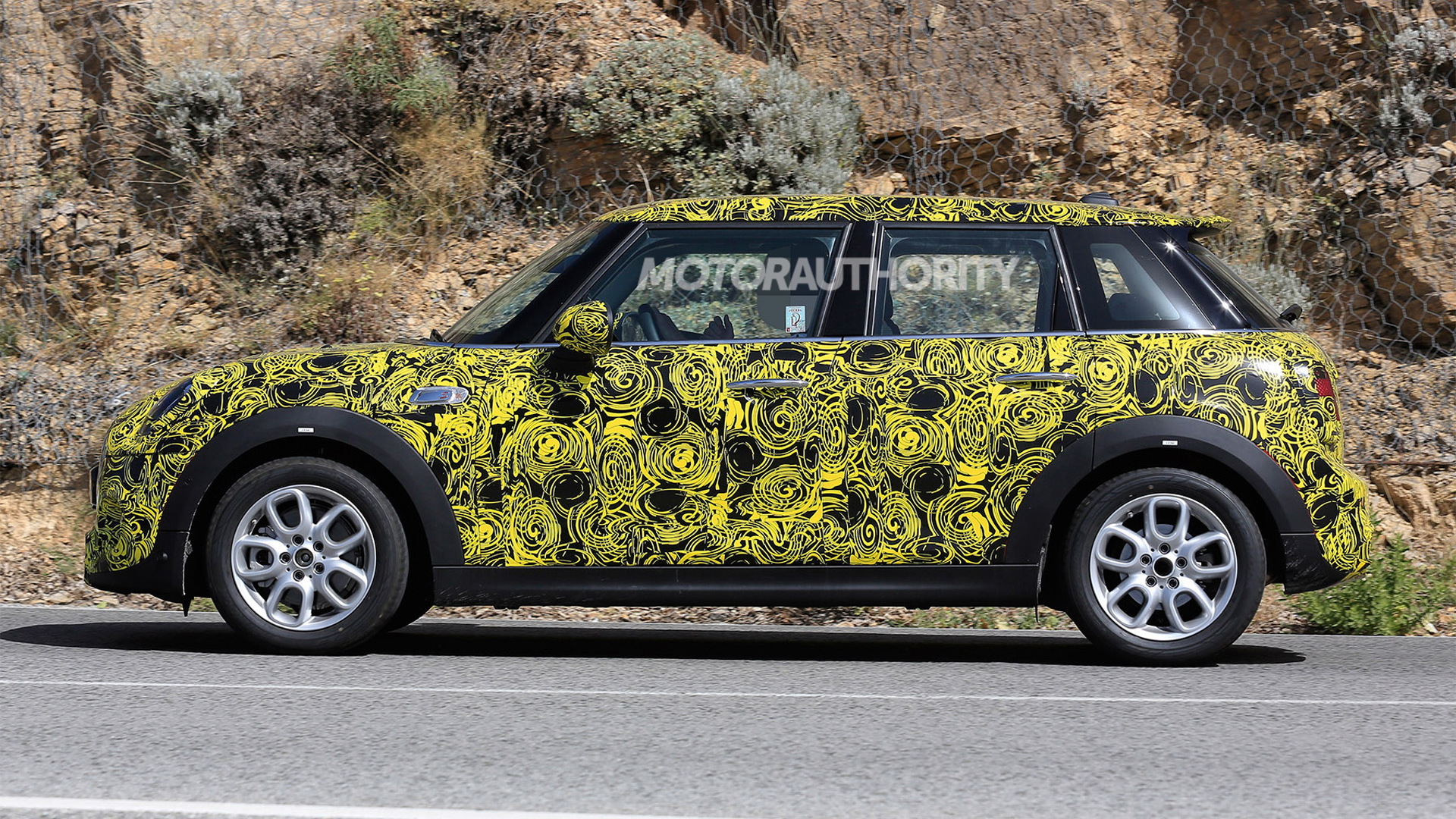 It was only in the past couple of months that we saw prototypes for updated versions of the Mini Hardtop and Mini Convertible.

Now engineers from BMW’s small car brand are out testing a prototype for an updated Hardtop 4 Door. (Elsewhere the vehicle is known as the Mini 5 Door.)

Since the Hardtop 4 Door was only introduced for 2015, expect only minimal changes for the updated range.

The prototype is for the Cooper S Hardtop 4 Door, and judging by the camouflage gear it wears we can expect some minor revisions to the lights and bumpers. Similar changes should also feature on the base Cooper Hardtop 4 Door.

Under the hood, the current inline-3 and -4 powertrain offerings should carry over, perhaps with tweaks for improved performance and efficiency. At the top of the range will remain the Cooper S.

While we’re unlikely to see a John Cooper Works Hardtop 4 Door, there’s the possibility Mini will add the plug-in hybrid powertrain that debuted in the 2017 Mini Cooper S E Countryman. The setup uses an inline-3 at the front and an electric motor at the rear and delivers a peak 221 horsepower and 284 pound-feet of torque.

We should know more closer to the reveal of the updated Hardtop 4 Door in the first half of 2018. The updated range should be introduced for the 2019 model year.