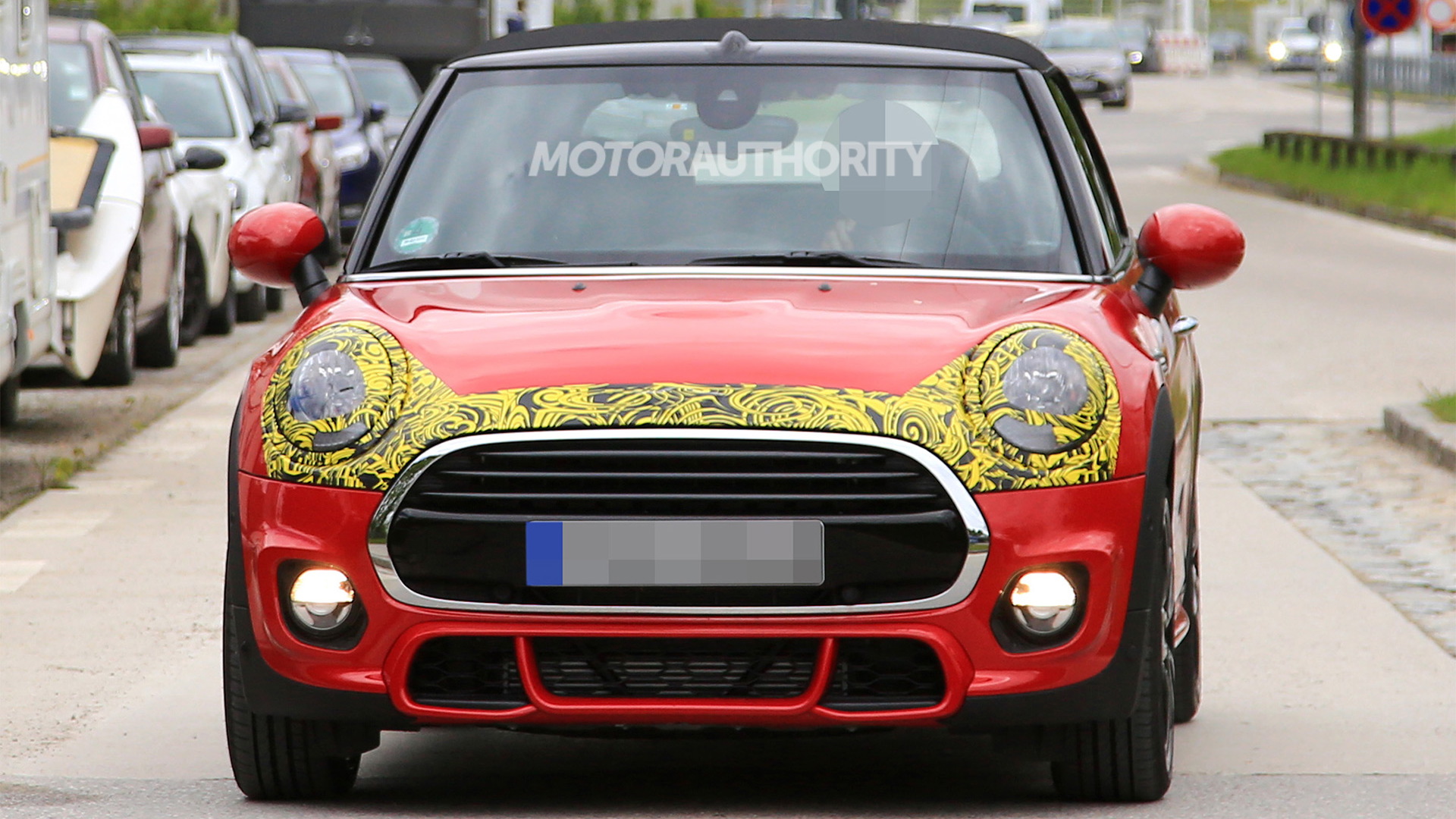 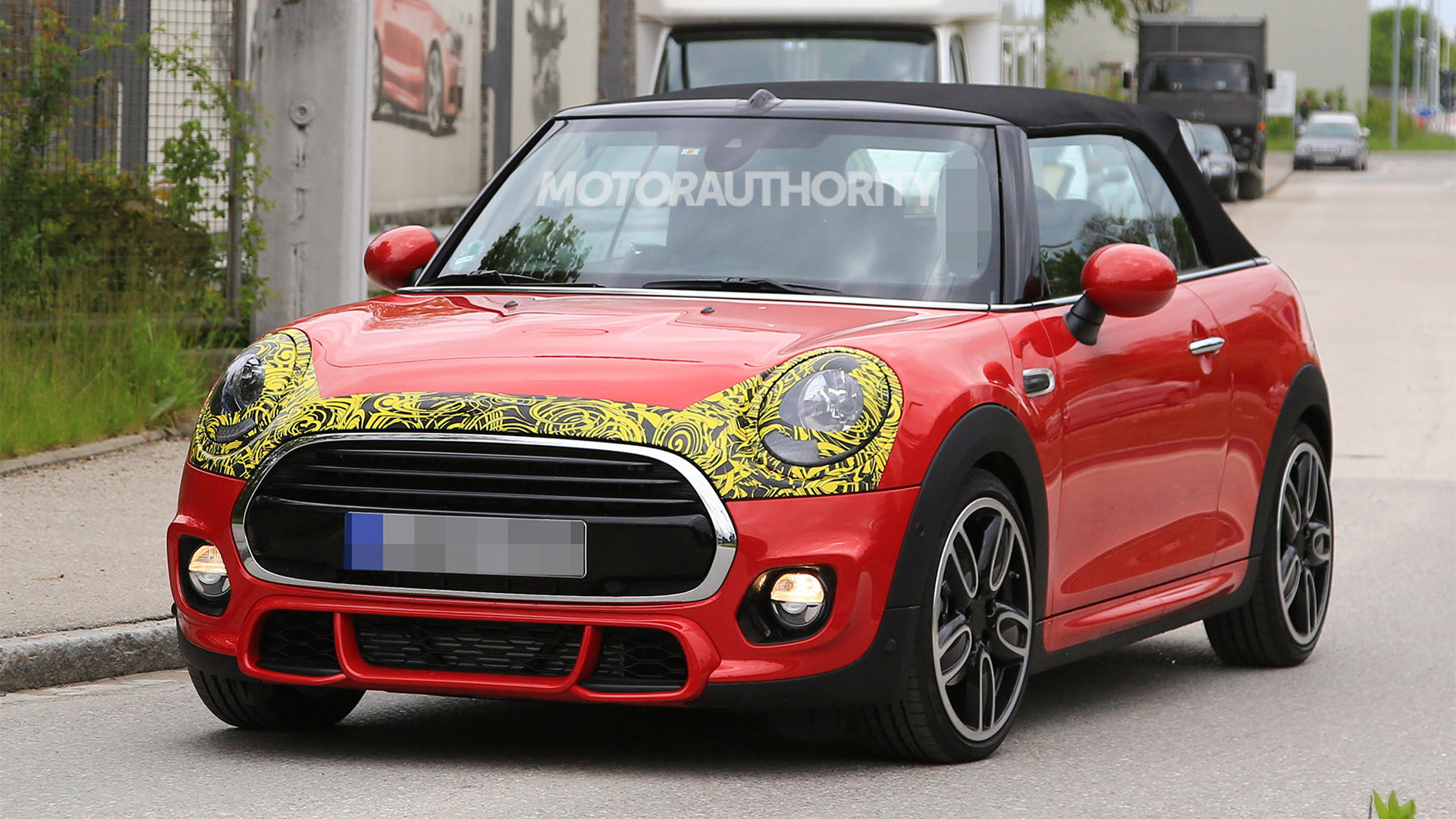 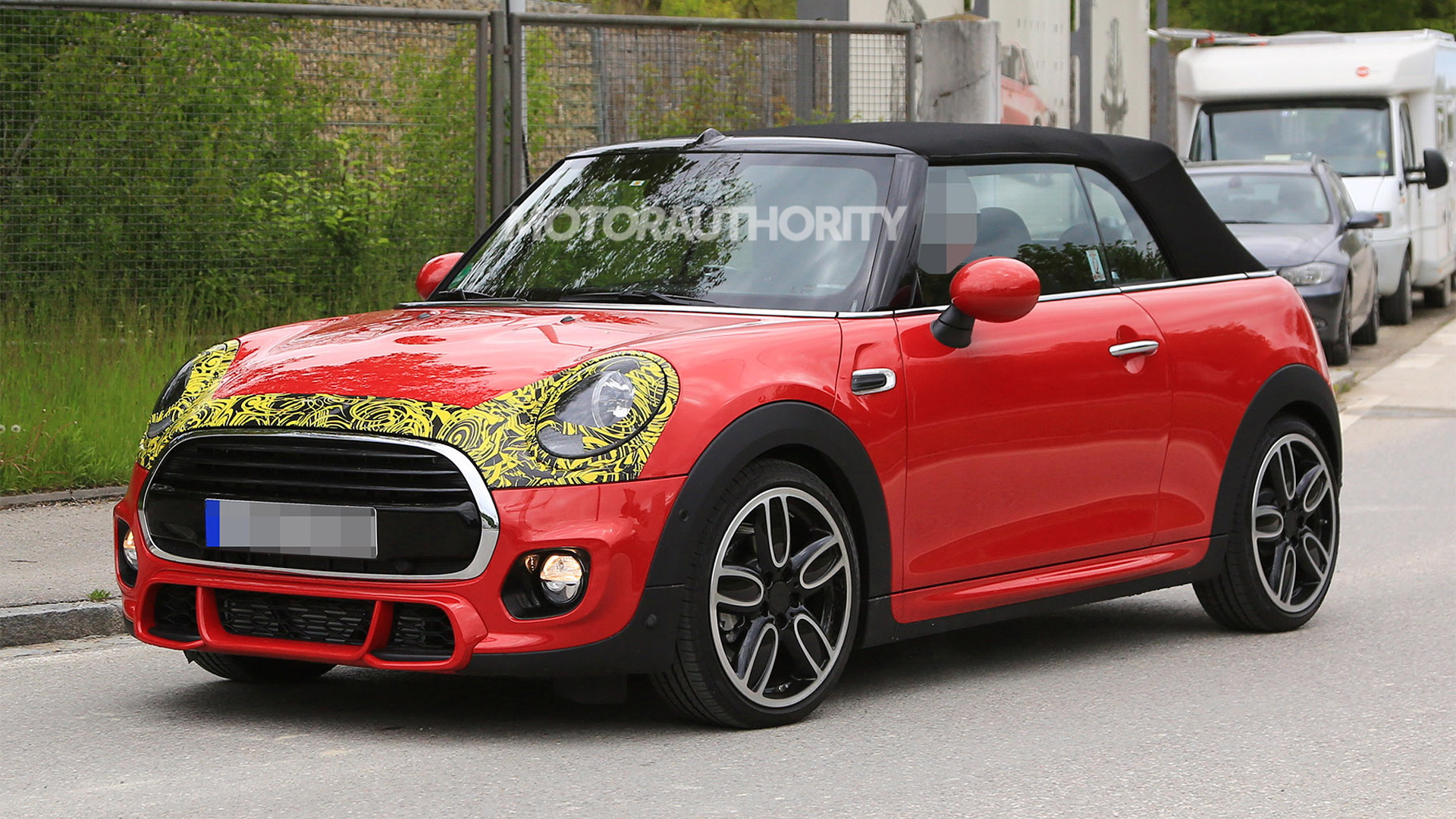 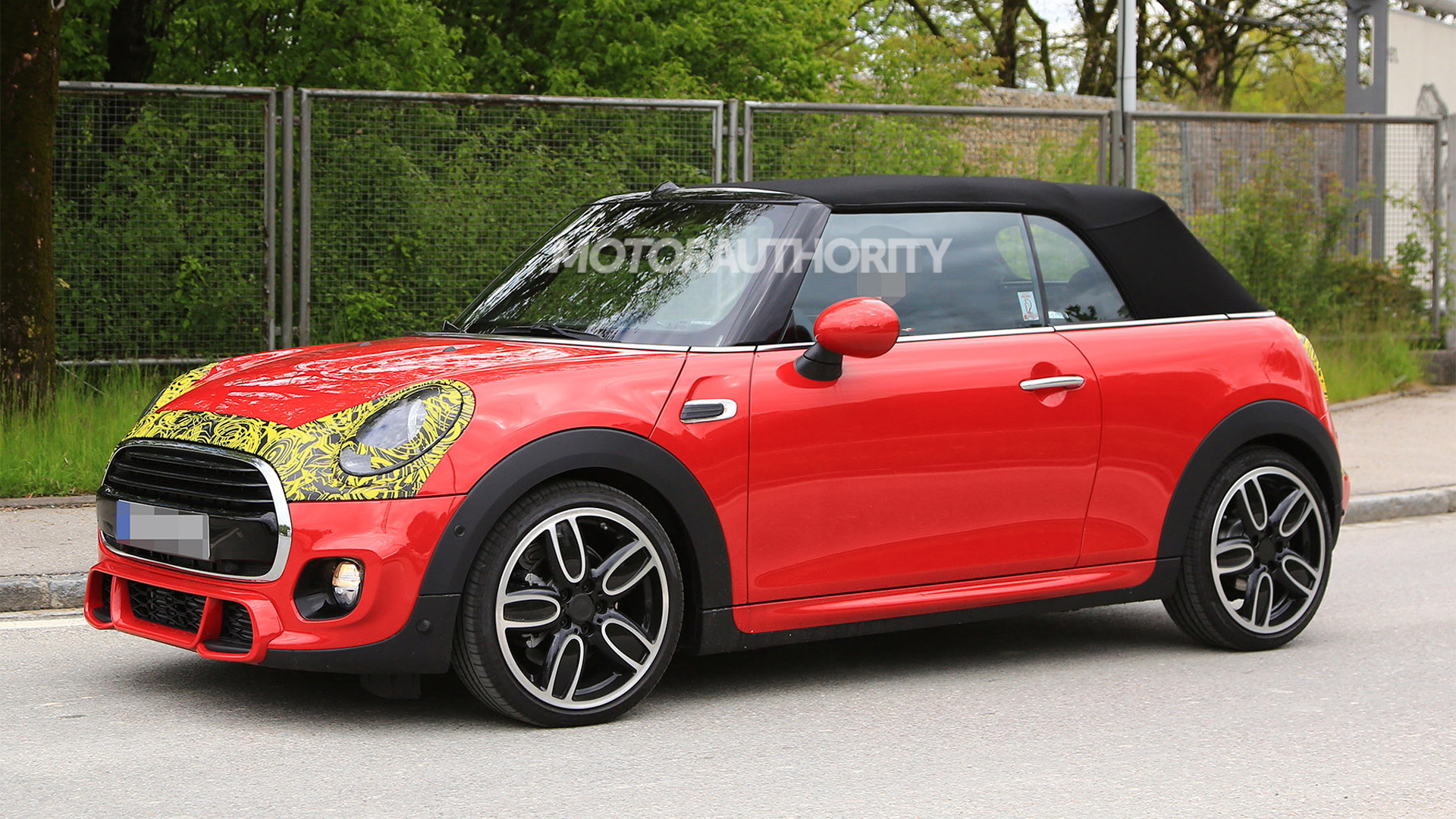 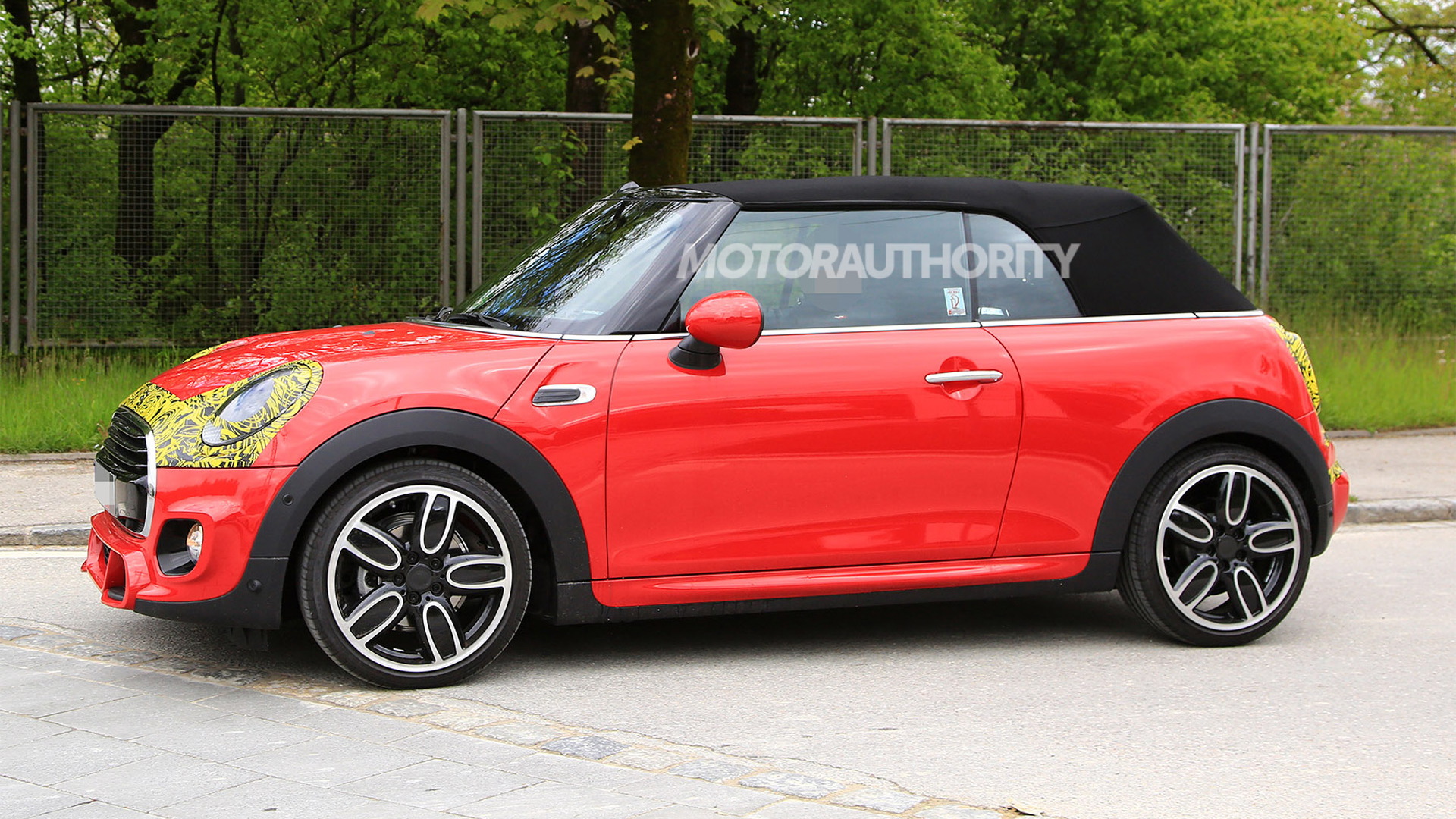 Since the current Mini Convertible only went on sale a year ago, expect only minimal changes for the updated model.

The prototype is for the Cooper S Convertible, and judging by the camouflage gear it wears we can expect some minor revisions to the lights and bumpers.

Similar changes should feature on the base Cooper and high-performance John Cooper Works versions, too.

Under the hood, the current inline-3 and -4 powertrain offerings should carry over, perhaps with tweaks for improved performance and efficiency. At the top of the range will remain the John Cooper Works Convertible which in current guise delivers 228 horsepower and 236 pound-feet of torque from a 2.0-liter turbocharged inline-4.

It’s doubtful Mini will add the plug-in hybrid powertrain debuting in the 2017 Mini Cooper S E Countryman to the Convertible.