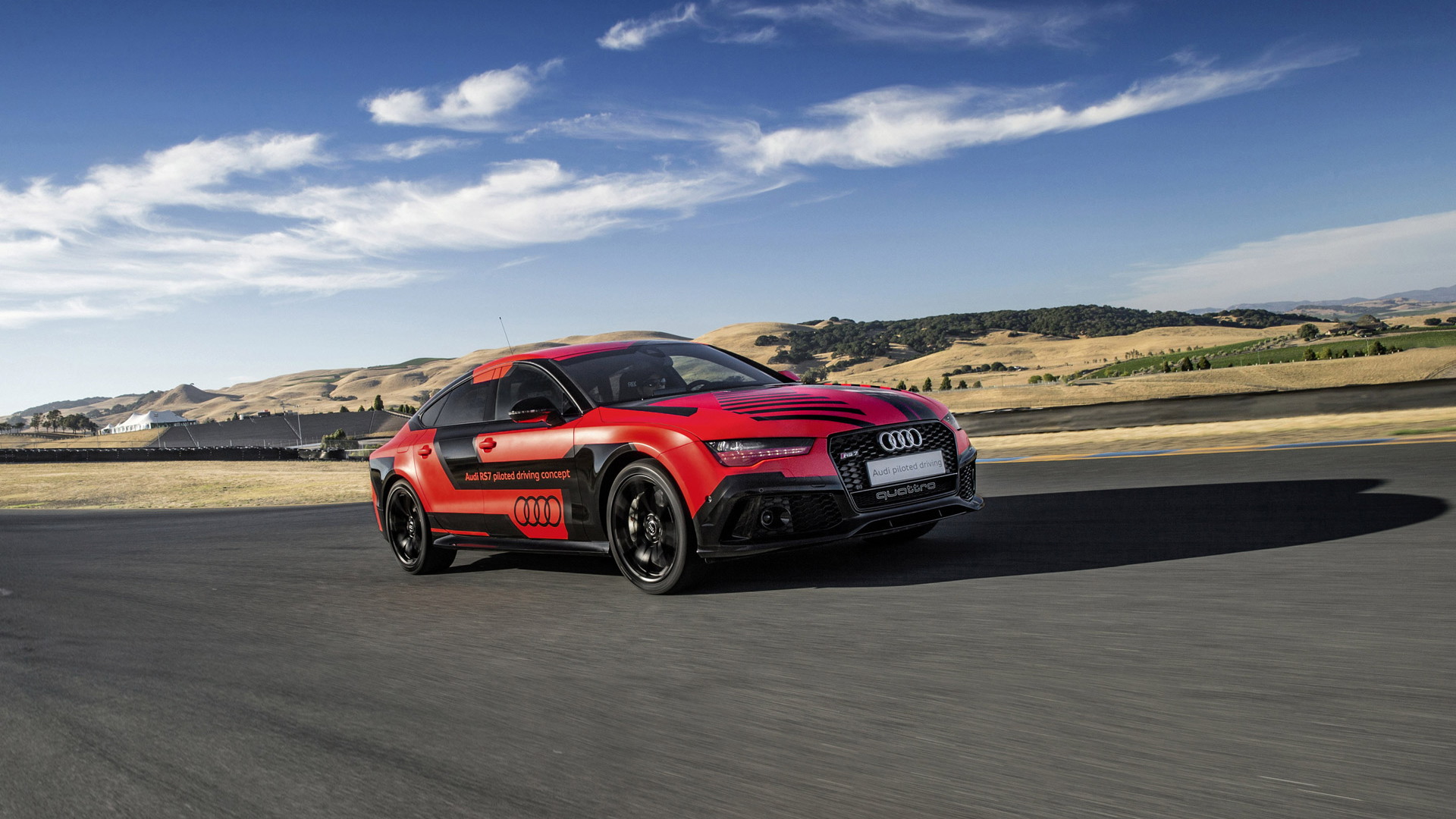 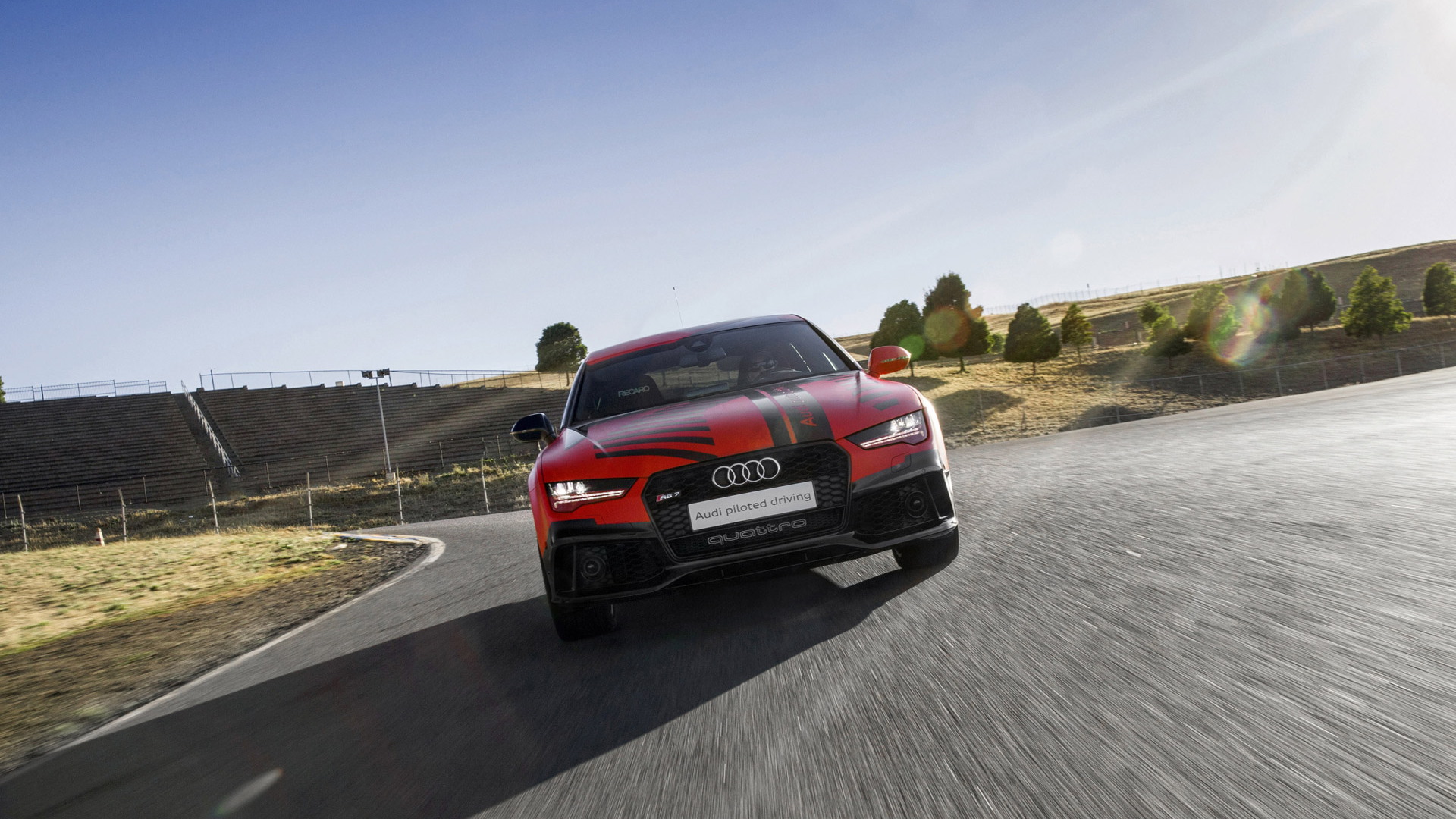 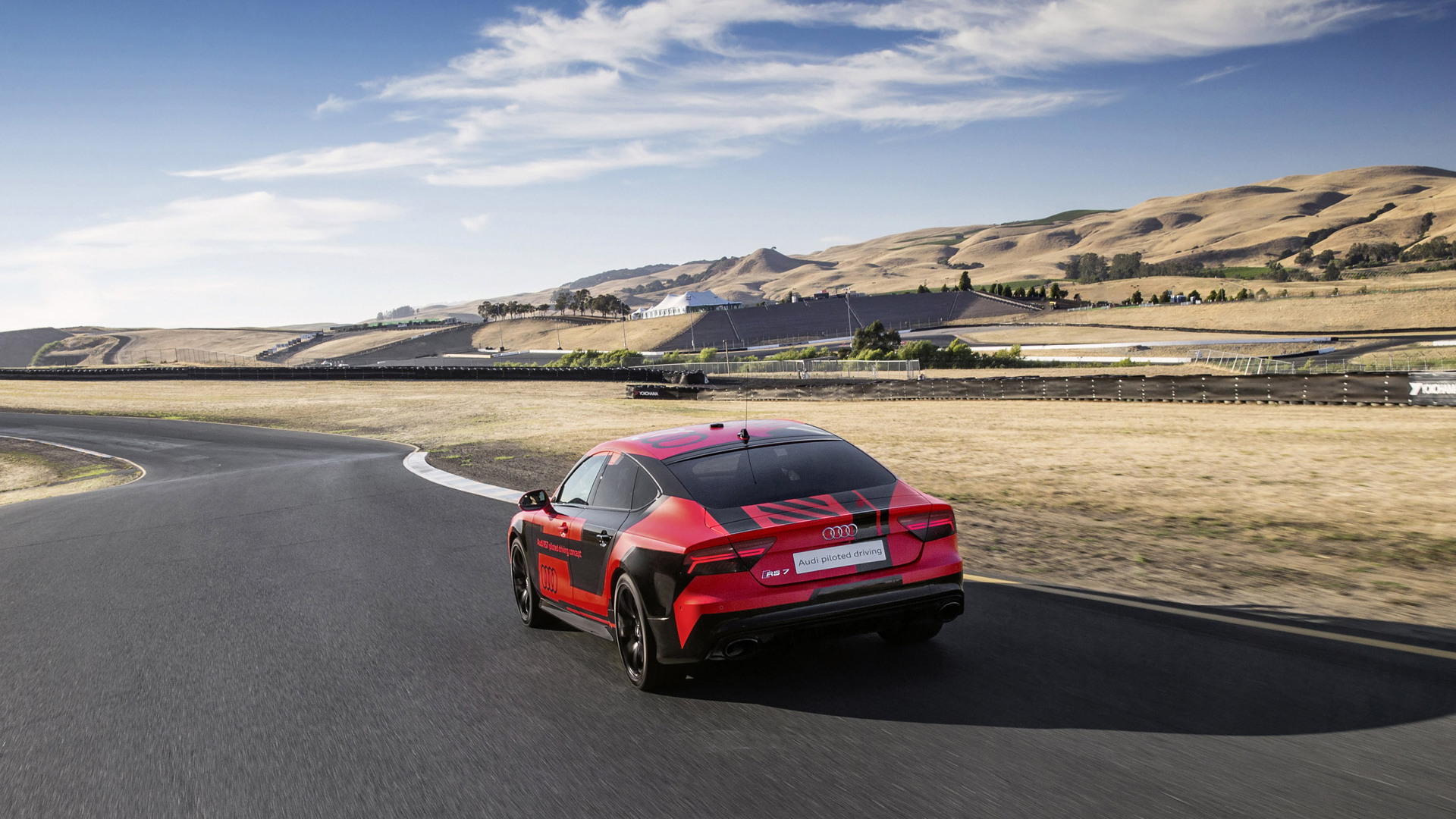 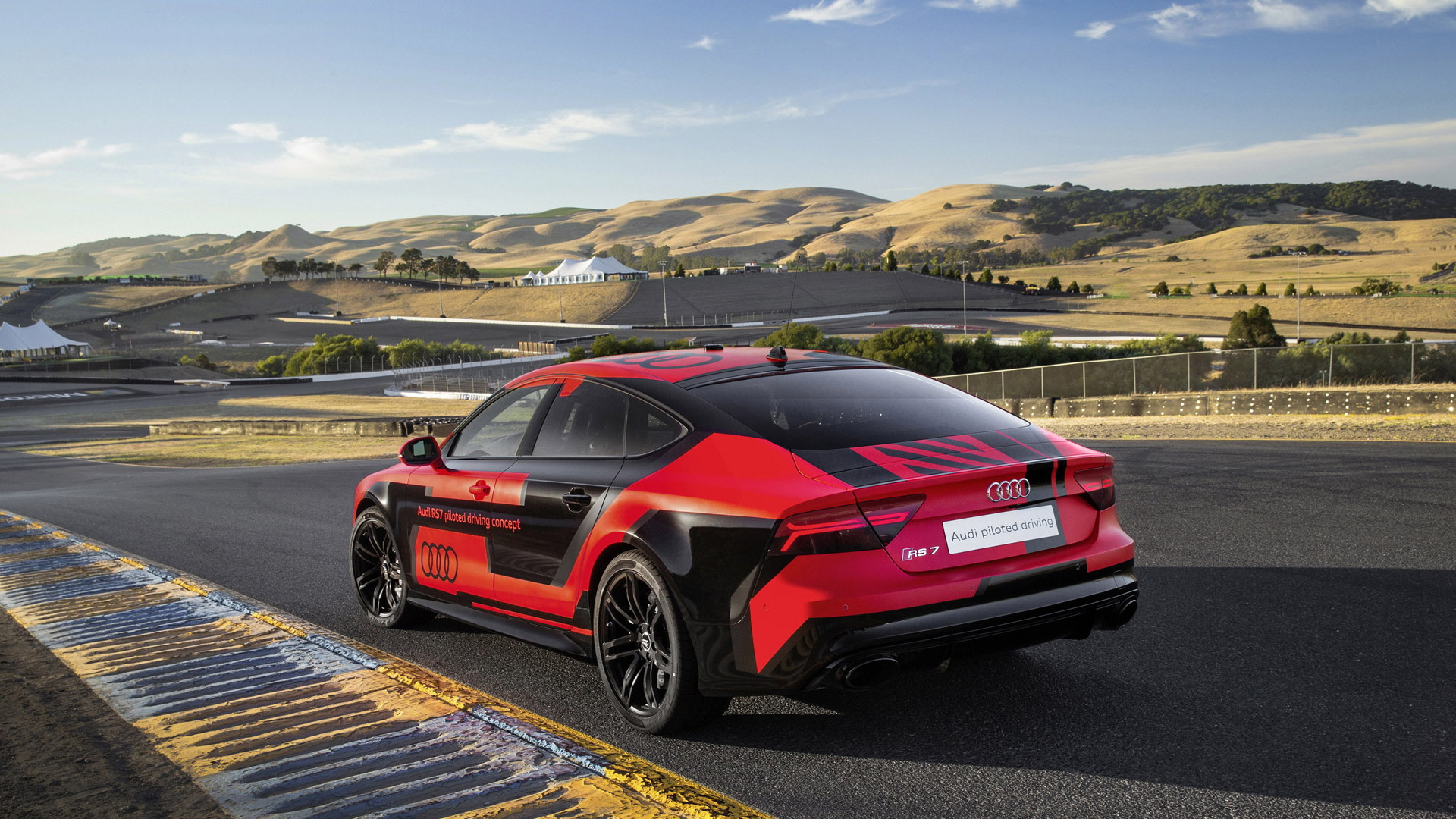 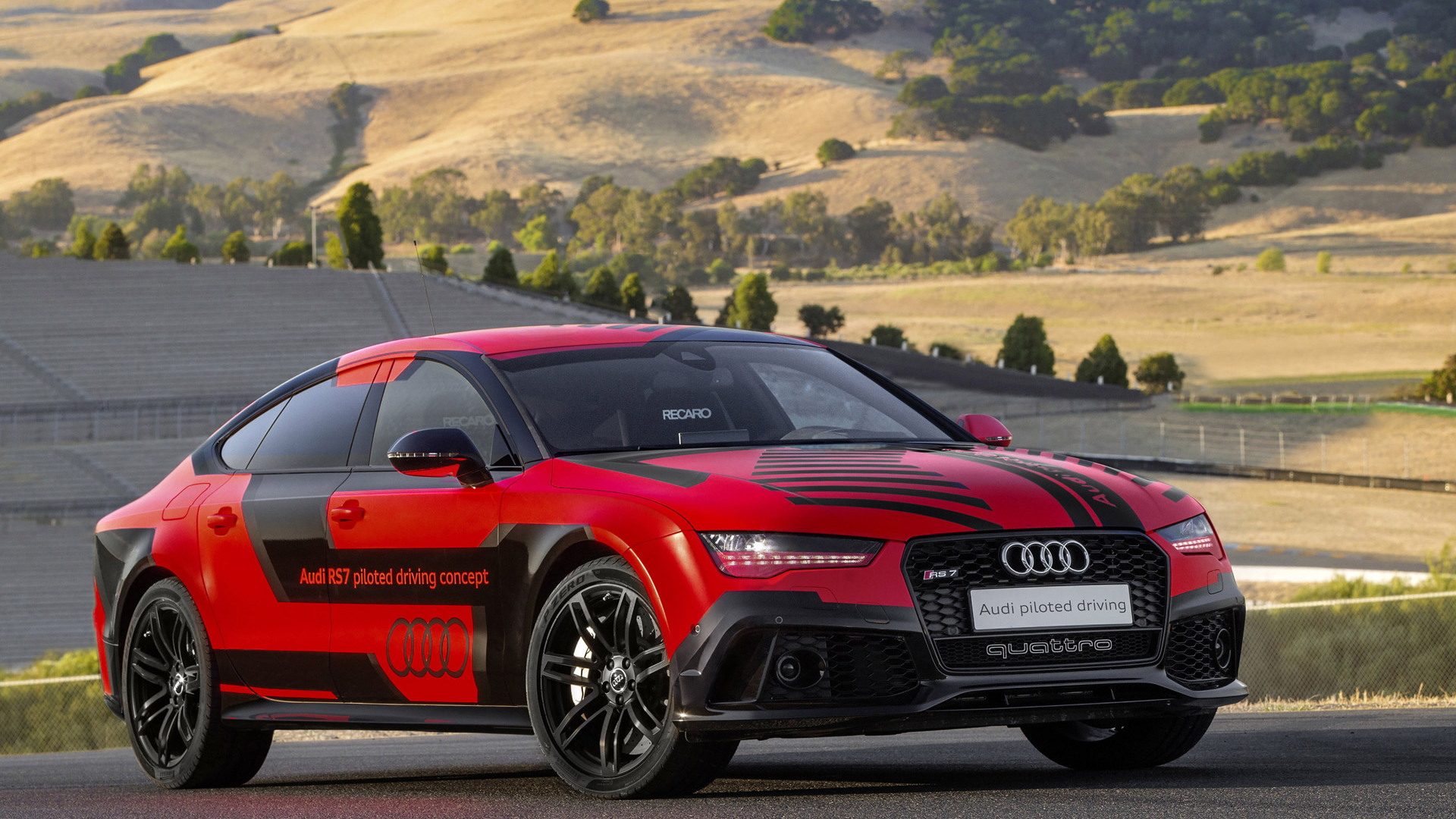 Step by step, a fully autonomous Audi is edging closer to reality. Late last year we saw the brand with the four rings send an RS 7 concept around Germany’s Hockenheimring without anyone onboard. Impressively, the car lapped the circuit in a similar time achieved with a professional driver behind the wheel of the V-8-powered R8 supercar.

Then, at the start of this year, Audi let journalists sample a self-driving A7 concept that traveled the 550 miles between San Francisco and Las Vegas. The bulk of the journey was handled by the A7, with human intervention typically only required for urban stints.

Now, Audi has presented a new, more advanced RS 7 concept that has just lapped the 2.5-mile Sonoma Raceway in California in a time of 2:01.01. Compared to the RS 7 concept that lapped the Hockenheimring, the latest version is roughly 880 pounds lighter, and once again the time it set was better than that of many professional drivers.

“In Sonoma, we took the Audi RS 7 piloted driving concept to its physical limits lap after lap, and it handled the task with uniform precision,” Thomas Müller, the engineer responsible for the development of brake, steering and driver assistance systems at Audi, said in a statement. “The car turned in lap times that were better than those of sports car drivers.” 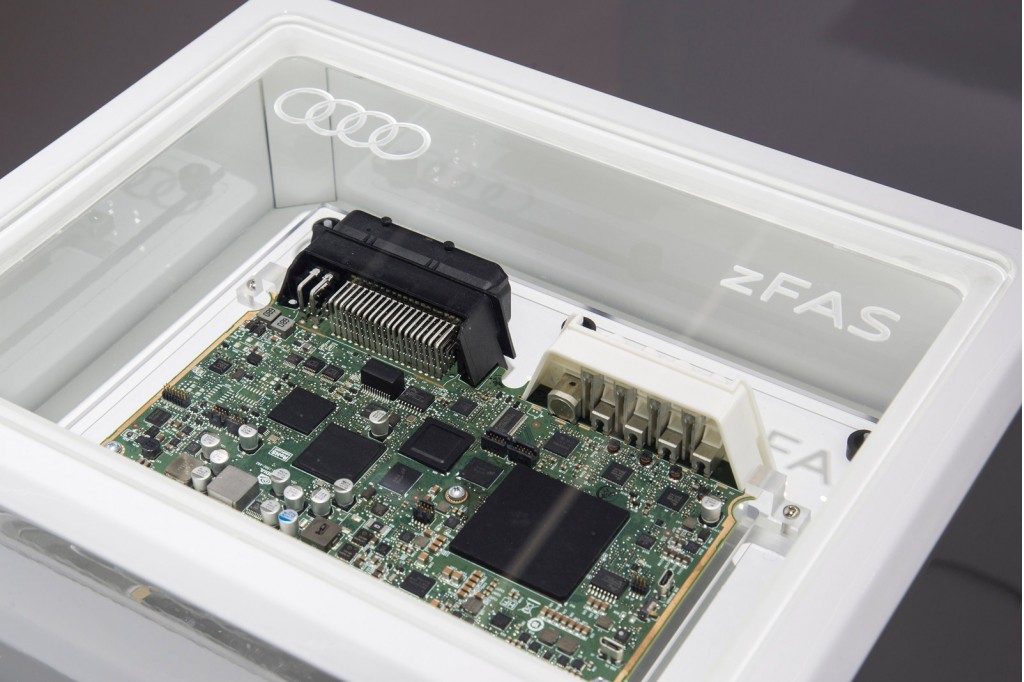 Tests such as these are said to yield valuable knowledge for Audi’s production autonomous systems, from the sensor technology and data processing to vehicle control and stabilization. Audi calls the technology Piloted Driving.

It relies on data acquired from the interplay of an array of sensors that include a laser scanner, several video cameras, ultrasonic sensors and radar sensors. Based on signals from these sources, the central driver assistance control unit (zFAS), the main processing unit, creates a comprehensive picture of the vehicle's environment and then instructs systems that control the steering, gear changes and brakes accordingly.

Like most automakers, Audi will gradually roll out self-driving technology on its cars, starting with the next-generation A8 due on the market in 2017. Audi’s self-driving tech will initially be able to handle some parking situations and stop-and-go traffic on highways at speeds up to 37 mph. As the technology—and the legal framework surrounding it—advances, we're likely to eventually see cars that handle all driving situations on their own, something companies like tech giant Google are hard at work at.