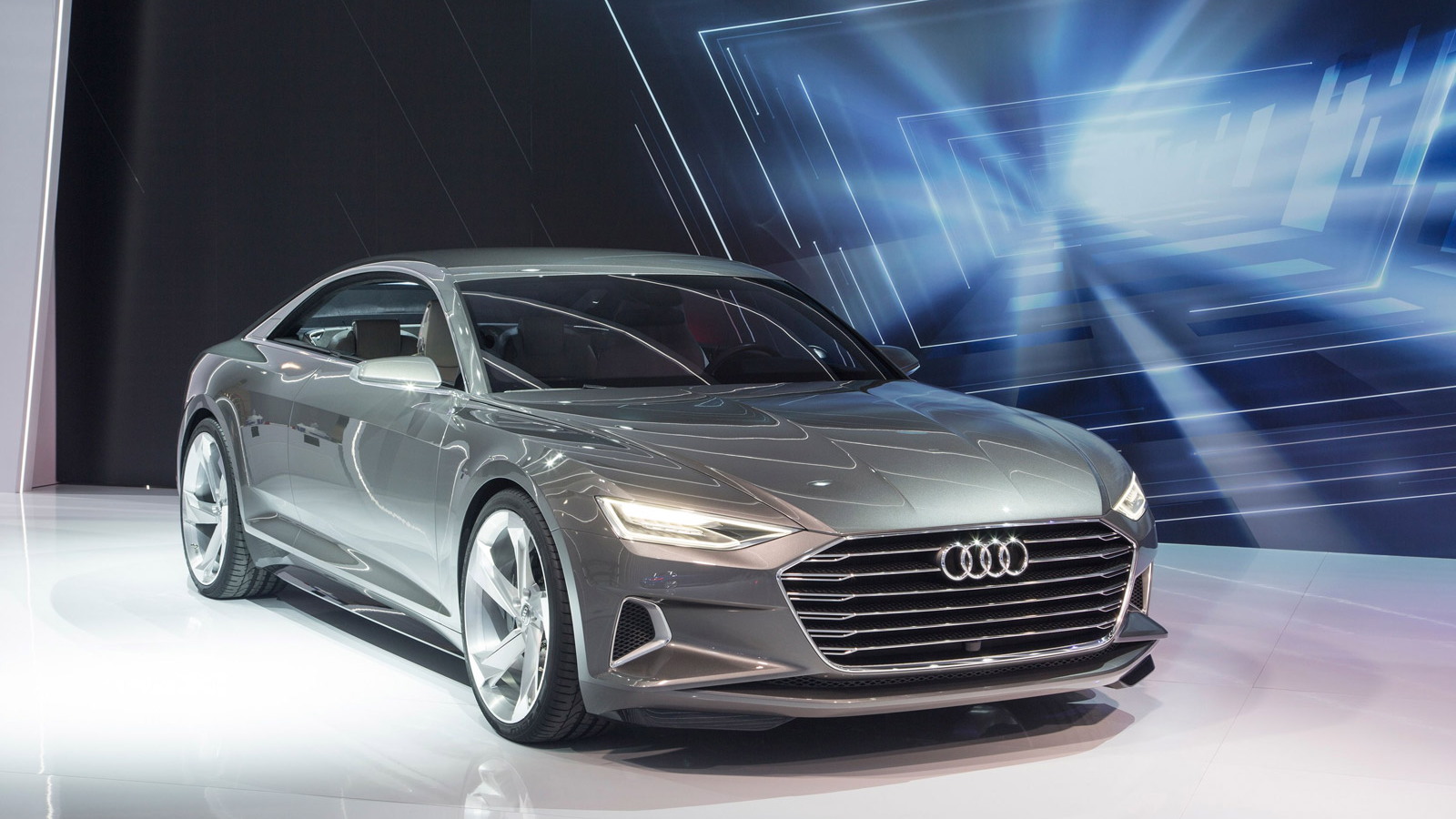 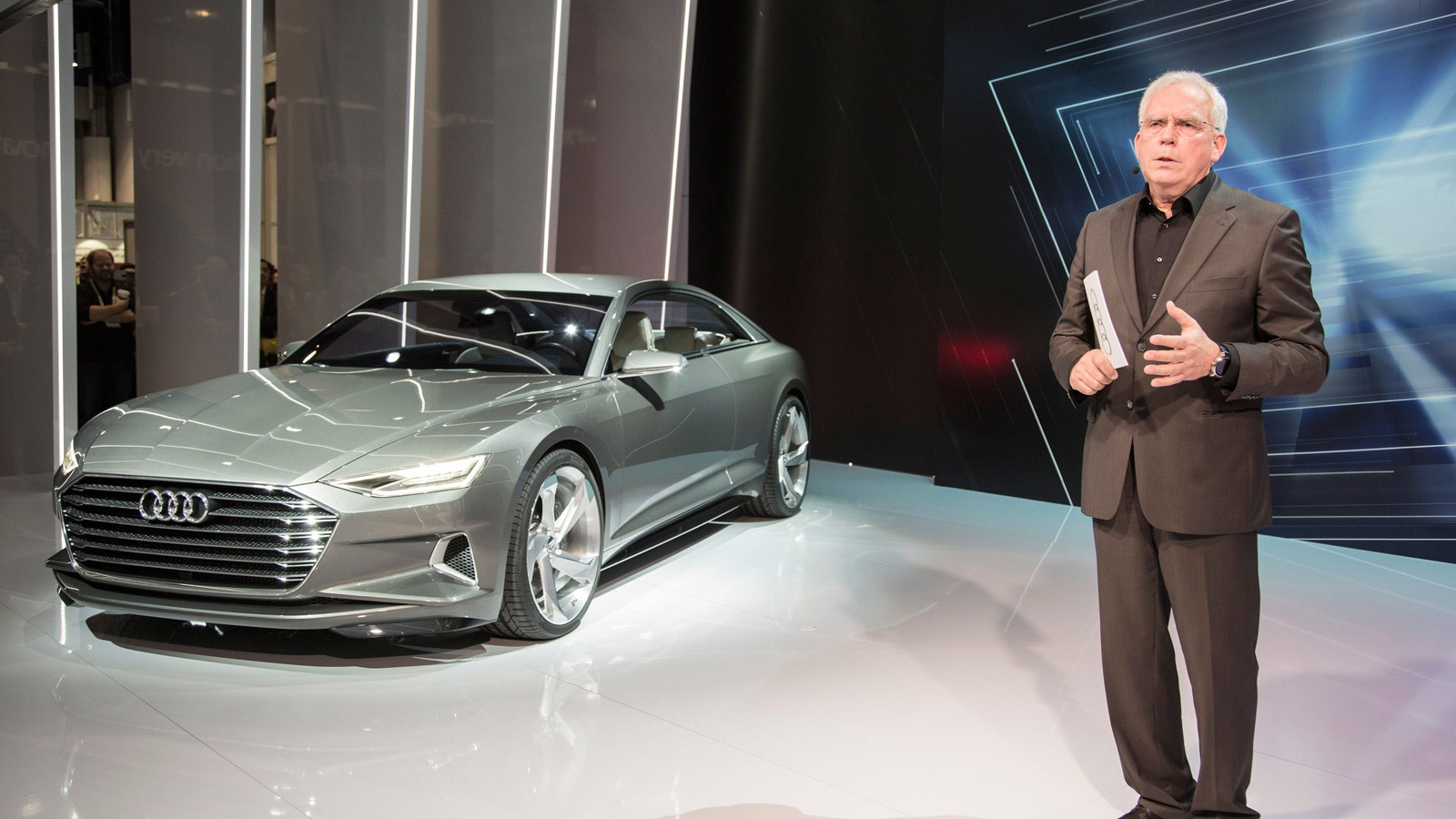 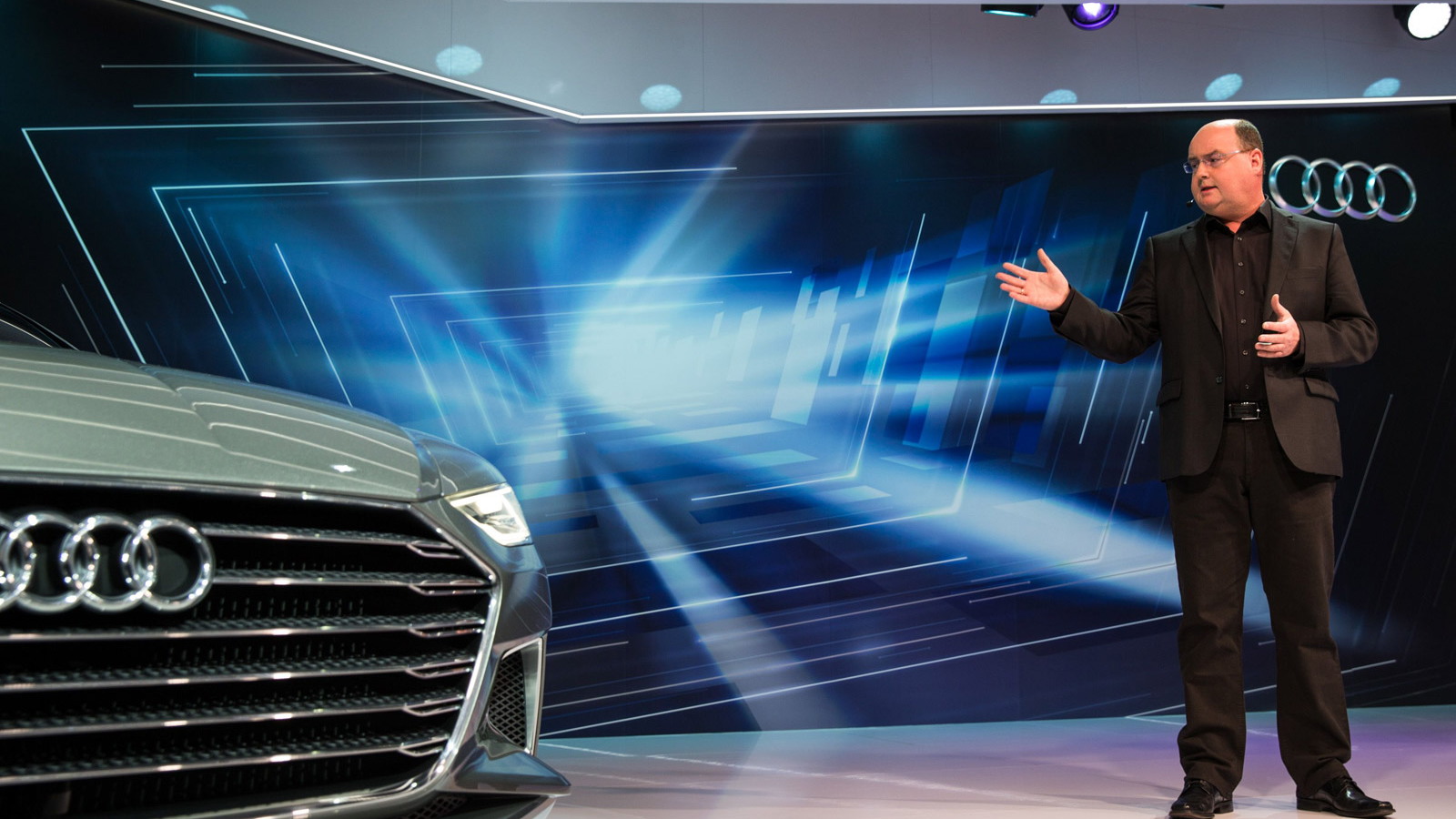 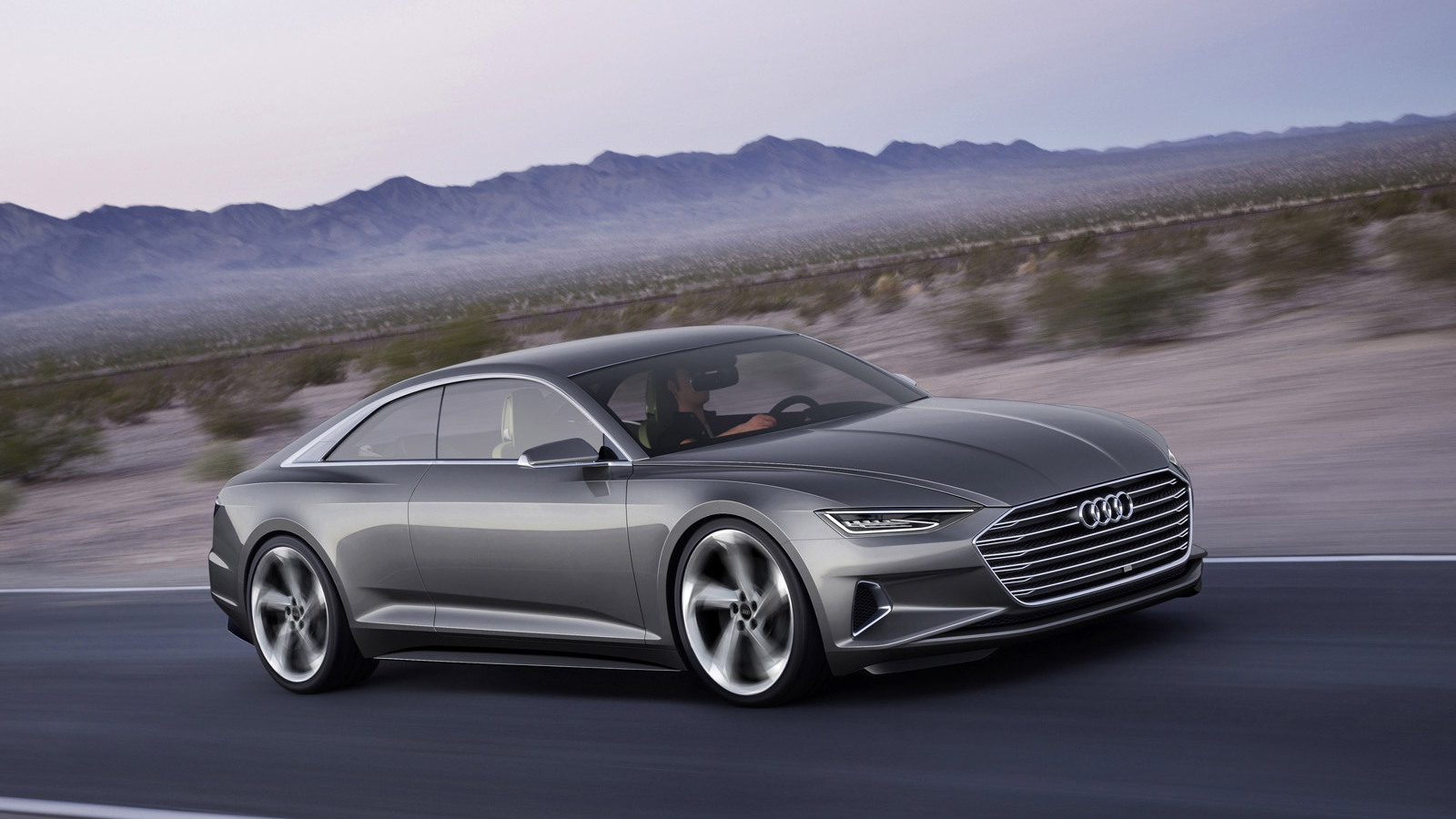 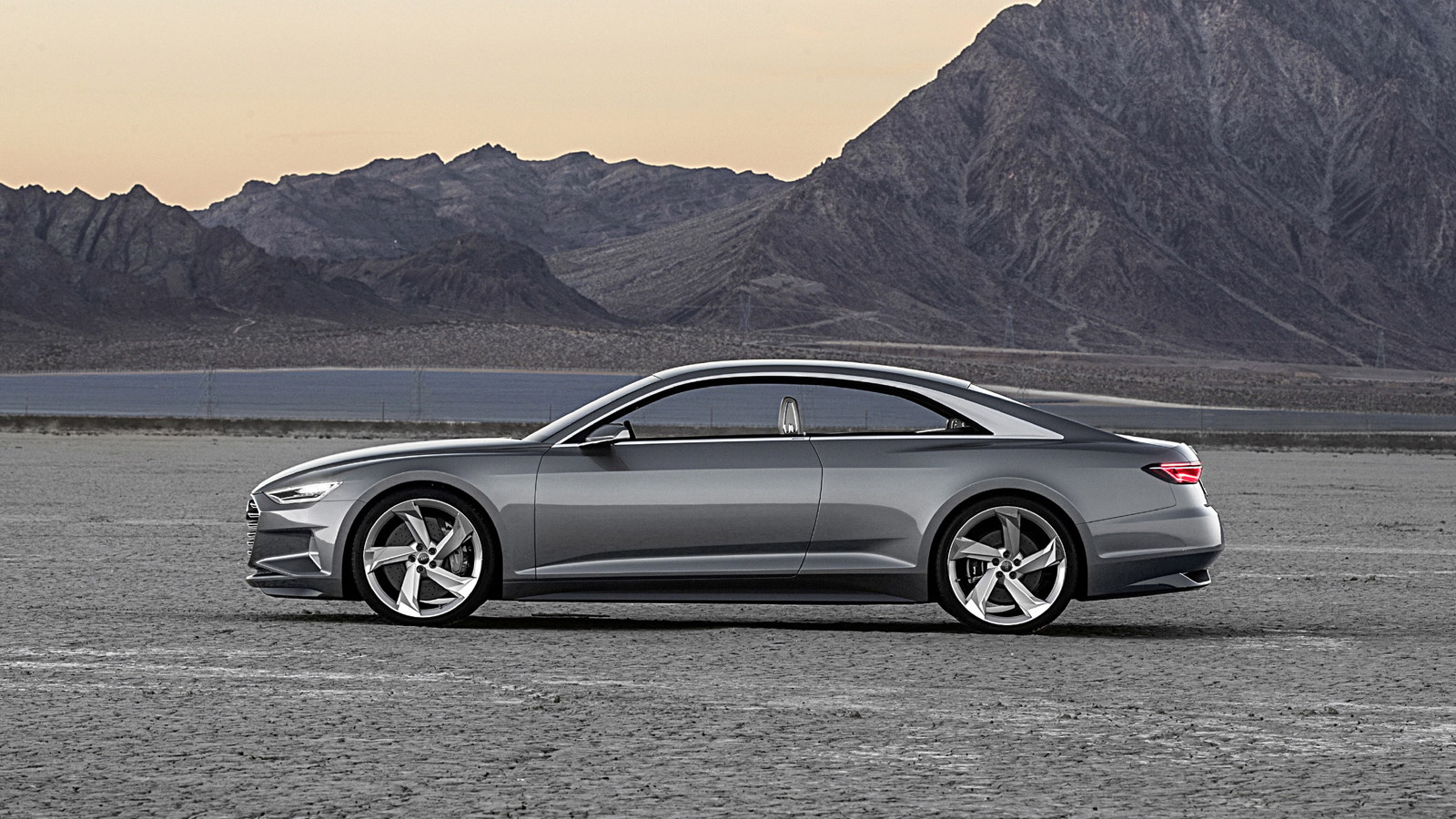 Autonomous (or self-driving) cars were clearly the central theme for automakers previewing their future tech at this week’s 2015 Consumer Electronics Show. Audi demonstrated the prowess of its autonomous driving technology, or “Piloted Driving” as the automaker calls it, by sending an A7 prototype capable of steering itself along highways from San Francisco to Las Vegas where CES is being held.

Overnight, Audi made a presentation at CES where it showcased some of its upcoming electronic features and the highlight was a second autonomous concept based on the recently-revealed Prologue concept. The Prologue is a grand coupe that Audi says previews its new design language. The first model to be influenced by the Prologue will be the next-generation A8 sedan due on the market in 2017.

The autonomous Prologue concept, whose official title is Prologue Piloted Driving, features a laser scanner, radar and ultrasound sensors, plus 3D video cameras that help steer it autonomously. These systems provide data for the zFAS (short for zentrales Fahrerassistenzsteuergerät, German for “central driver assistance controller”) which then controls things like the steering wheel, brakes and transmission as necessary.

Audi’s first production car capable of driving itself will be the next A8. We’re not talking a fully autonomous vehicle just yet; rather, it should be able to crawl in traffic by itself, park itself in certain situations and  possibly handle some highway driving by itself. Thus, a licensed driver will still be required behind the wheel.

Another new feature previewed in the autonomous Prologue concept is a new hybrid powertrain. It features the Volkswagen Group’s ubiquitous turbocharged 4.0-liter V-8 and an electric motor sandwiched between the engine and an eight-speed automatic transmission. Peak output of the system is an impressive 667 horsepower and 701 pound-feet of torque, while combined fuel economy works out to be just under 30 mpg.

Also present on Audi’s stand at CES were new Audi Connect connectivity technologies, new infotainment modules, and next-generation interface and lighting technology. Some of the highlights were a quad-core processor that helps render Audi’s next-generation digital instrument cluster. It allows, for example, a virtual tachometer with a needle that's rendered anew 60 times per second to ensure absolutely fluid motion.

There was also a 3D sound system to match a concert hall, a tablet and smartwatch to control certain features of a car, plus new apps that could also be used to control some vehicle functions. On top of this, Audi also showed a new wireless charging system for its upcoming electrified cars and a new headlight that combines laser light with Audi’s Matrix beam technology. The latter allows certain sections of a light path to be blocked out in order to avoid blinding other drivers, allowing a car’s high beams to be left permanently on.

Finally, Audi showed off some new driver assistance systems that will be debuting on the new 2016 Q7. These include a Predictive Efficiency Assistant, a Trailer Assistant and a traffic crawling feature for the adaptive cruise control.