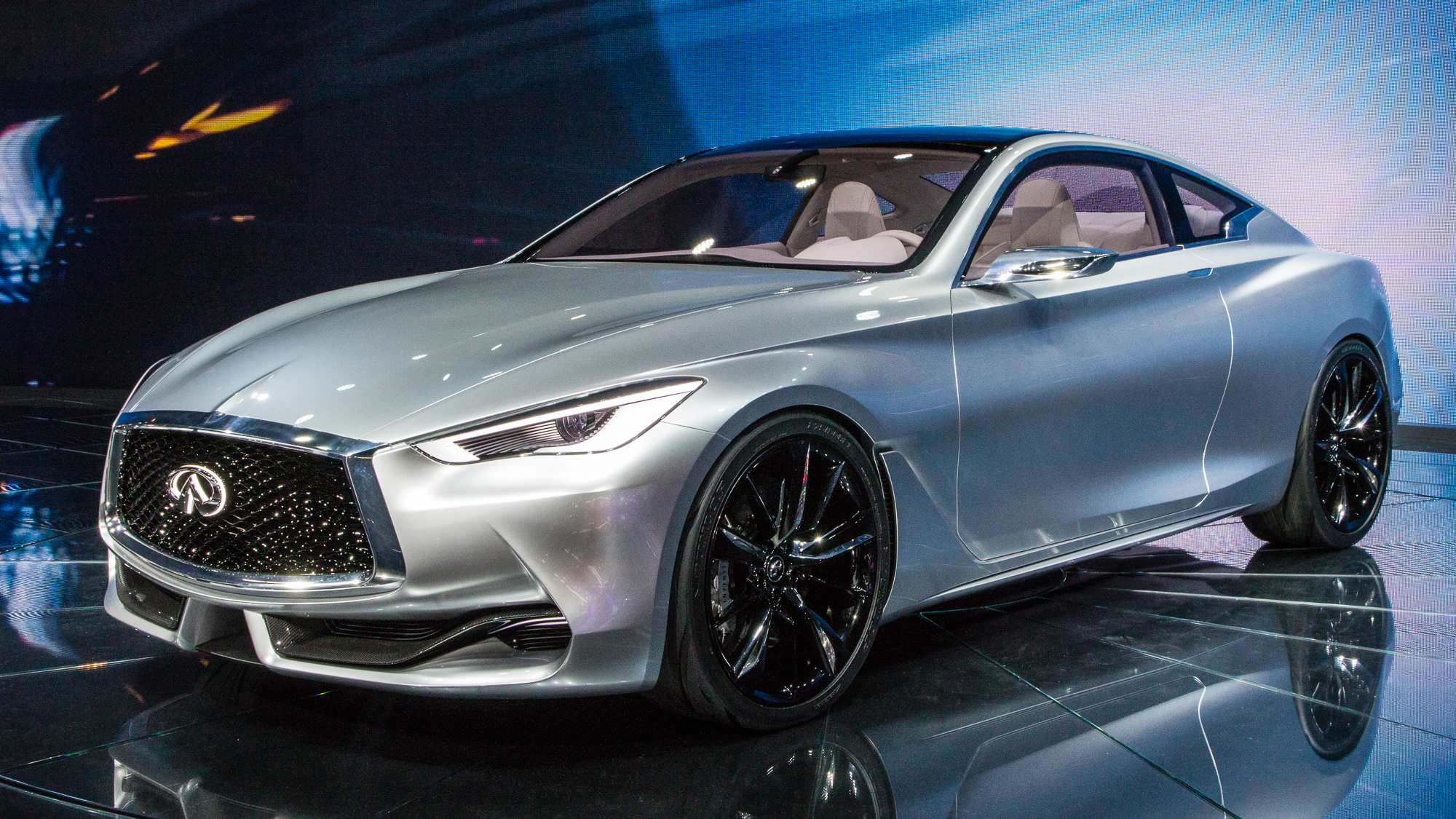 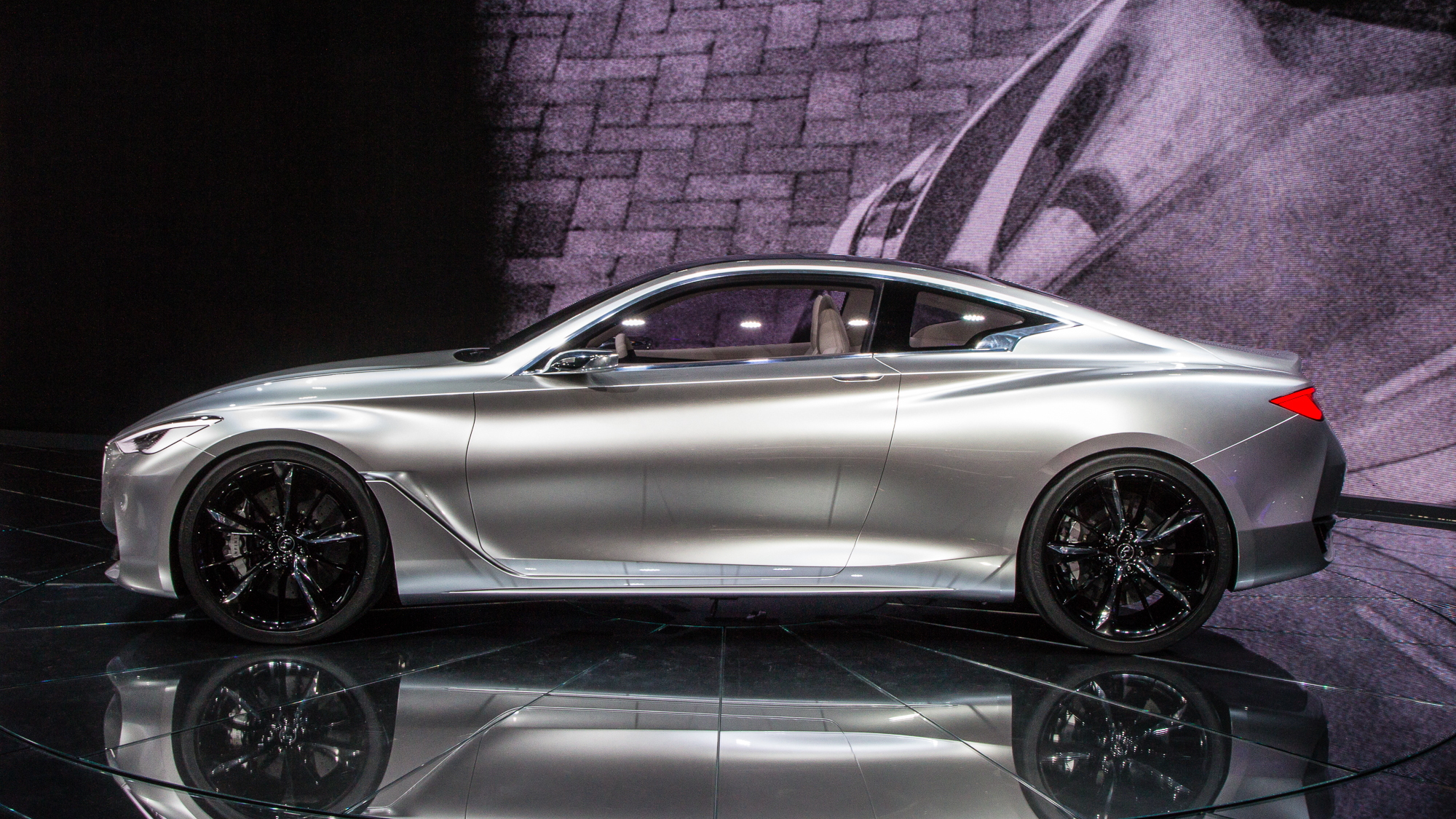 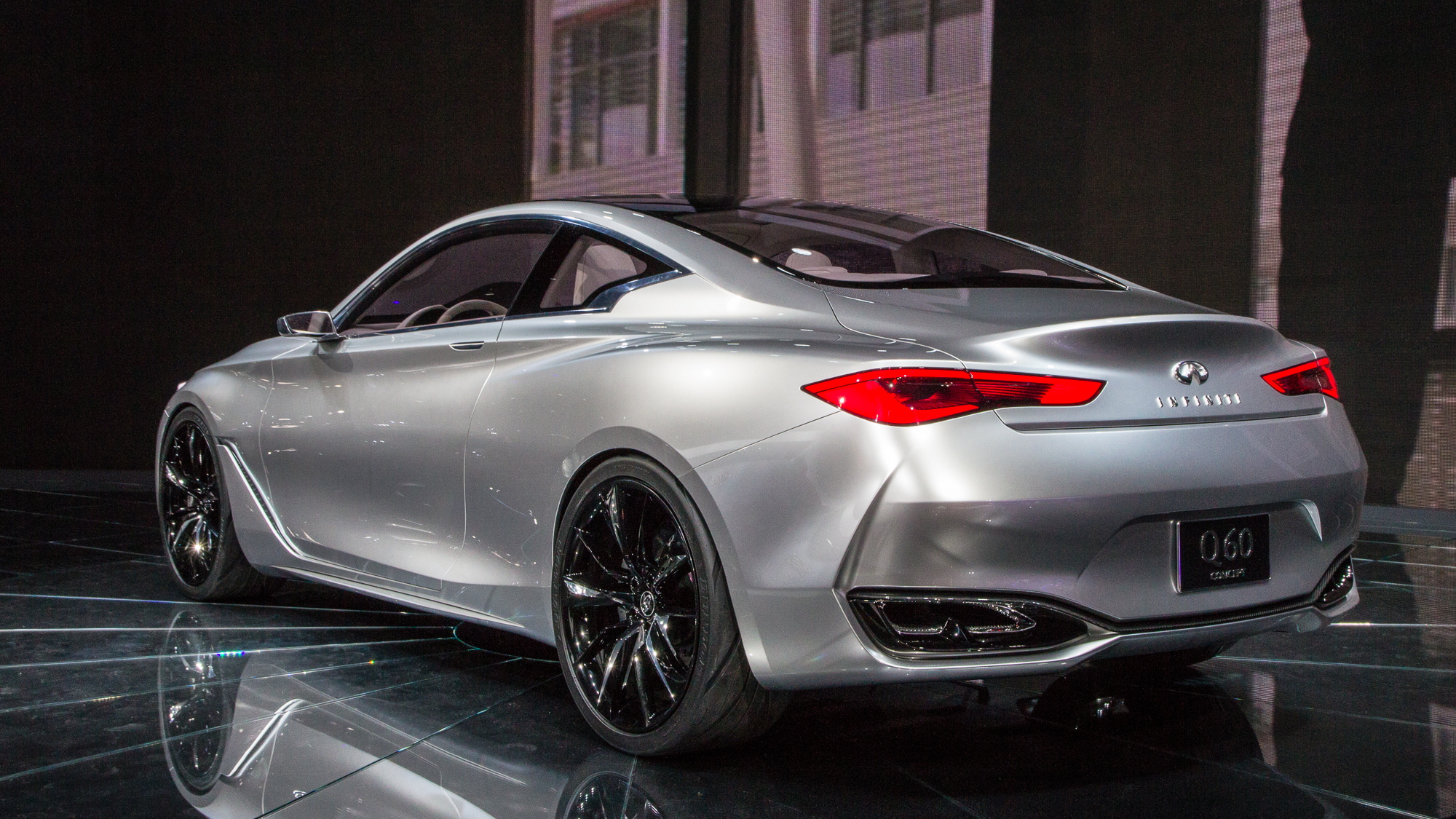 Over the past couple of years, Infiniti has set about re-establishing itself as a maker of premium, performance cars. Major moves included moving its headquarters from Japan to Hong Kong and introducing a completely new design language and naming strategy. Then came the first of a new generation of Infinitis, the Q50, and although the svelte sedan suffered from some teething problems, Infiniti’s sales have never been better, with the brand selling a record 186,200 cars in 2014.

That tally is almost certain to rise as a raft of new models are introduced over the coming years. We’ve already been given a preview of some of these in the form of the Q30 and Q80 Inspiration concepts; now, we’re being treated with a preview of the next-generation Q60 coupe in the form of a thinly-veiled concept at the 2015 Detroit Auto Show. The production version is due in showrooms next year, as a 2017 model.

Photos of the Q60 concept have already hit the web, but now we have the all-important details, including some of the powertrain specs. The Q60, for those still not up to date with Infiniti’s new naming strategy, is essentially the G coupe, whose last complete redesign was back in 2008. The new design is much more impressive and finally provides the Q60 with a powerful presence to match the solid performance the car is renowned for. 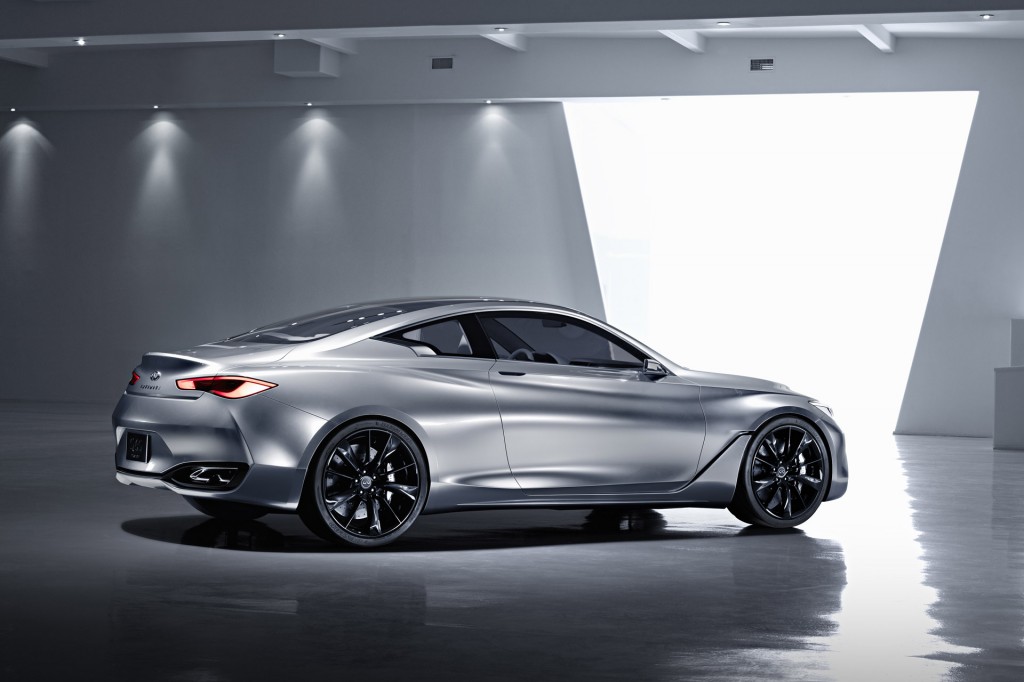 Responsible for the design is Infiniti creative director Alfonso Albaisa, who is particularly fond of the car’s muscular character line that runs from the grille all the way to the rear. The designers also emphasized the wheel arches to give the Q60 an athletic profile, and filled these with massive 21-inch wheels with contrasting black and silver spokes. The length of the concept is 184.6 inches, which is exactly two inches longer than the BMW 4-Series, one of the Q60’s main rivals.

The same sporty theme of the exterior extends inside; here, we see a 2+2 layout and a luxurious, hand-crafted look and feel. The seats are trimmed in quilted leather and around the rest of the cabin are Alcantara and carbon fiber accents to emphasize the car’s performance edge. Many of the vehicle functions are controlled via a touchscreen and the Infiniti InTuition system, the latter of which works with the vehicle's key to recognize the vehicle settings for up to four different drivers, including preferences for driving position, heating and cooling, audio, navigation, telematics.

The Q60’s platform is an aluminum unibody structure believed to be derived from the one in the Q50. Though mostly aluminum, some high-strength steel is featured in the structure and Infiniti says some carbon fiber has also been used for the body, though it’s not clear if this will feature in the production model. 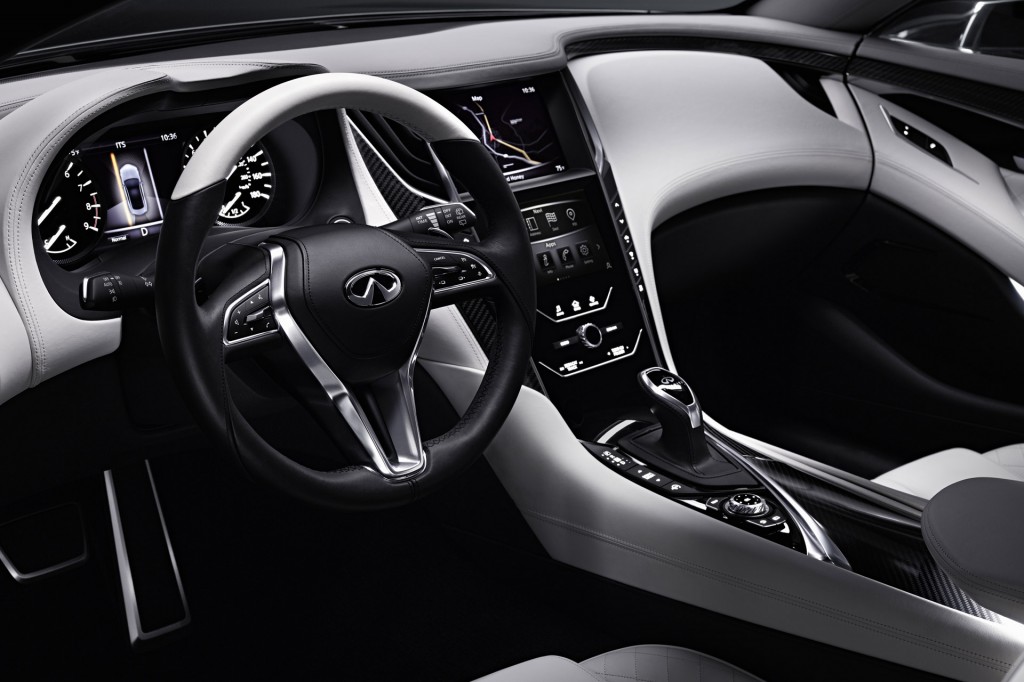 As expected, the powertrain is a new twin-turbocharged 3.0-liter V-6 that was first previewed in the Q80 Inspiration concept. Output hasn’t been mentioned, but we know the powertrain delivers as much as 550 horsepower and up to 553 pound-feet of torque when paired with a hybrid system. Infiniti says the production Q60 will be available with a seven-speed automatic transmission with paddle shifters, as well as rear- and all-wheel-drive configurations. The automaker’s troubled Infniti Direct Adaptive Steering by-wire system, which is said to offer better feedback than a conventional hydraulic setup, will also feature.